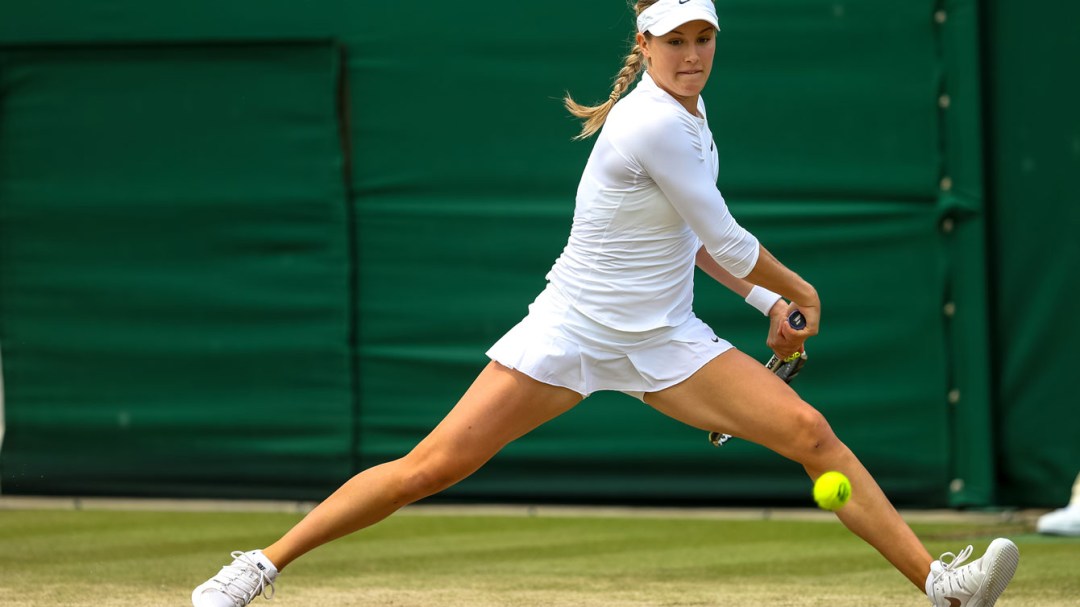 Eugenie Bouchard has done it again.

The turning point of the match came in the first set when tied 3-3, Bouchard fought back from four break points to hold serve. She then broke Kerber’s serve in the next game before serving for the set.

In the second set, Bouchard struck even earlier, breaking Kerber in the third and fifth games to go up 4-1. That breathing room proved important as Kerber won the next two games but the hill was too steep to climb, even for the all-action, athletic German. Bouchard regained her composure and closed out the match on serve.

"I'm happy I could pull it out. I'm excited but I want to go one step further, for sure" – @geniebouchard #Wimbledon pic.twitter.com/WpACd4G0Bf

“I’ve played her a few times before and it was always tough,” Bouchard said of Kerber.  When the end of match was in sight, she wasn’t counting her chickens. “I was really trying to stay in the moment, I knew I couldn’t think ahead.”

RELATED: Bouchard wins in front of ‘most positive supporter’

Bouchard, seeded 13th at Wimbledon, will face the third seed Simona Halep of Romania in their semifinal. Regardless of the outcome, next week the Quebecker will reach the top 10 in world rankings.

And one more thing, Bouchard will rise to no. 8 in the world on Monday. Welcome to the Top 10 Genie!!! #GenieArmy #CdnTennis #Wimbledon

Bouchard is the reigning 2013 WTA Newcomer of the Year. The Canadian continued her good form into 2014 by reaching the Australian Open semifinal. She then repeated the feat at Roland Garros. The Montrealer is the only player to reach the semifinals of three majors in 2014 and the first Canadian to get this far at Wimbledon in the open era.

In between Melbourne and Paris, Bouchard won her first career WTA tournament in Germany this year. She is a combined 15-2 in Grand Slam tennis in 2014.

Later on Wednesday, Milos Raonic will look to make it a Canadian double at the All England Club when he faces 19-year old Nick Kyrgios, who upset the world number one Rafael Nadal a day earlier. 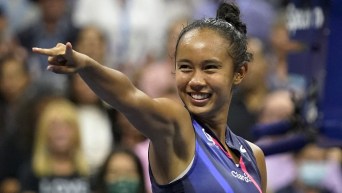