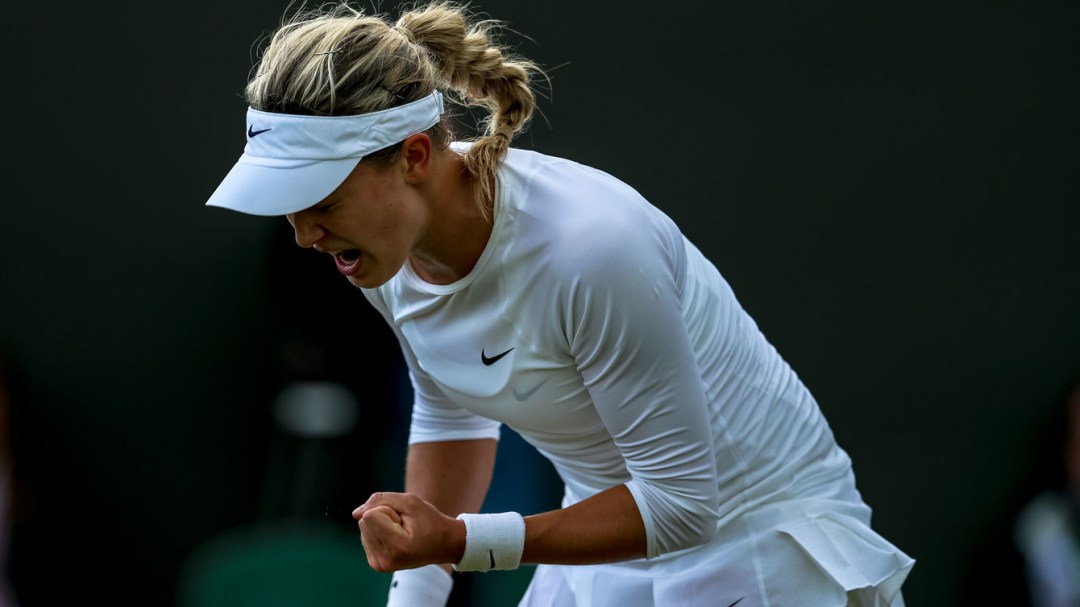 In an already historic time for Canadian tennis, Eugenie Bouchard pushed the envelope further Thursday, becoming the first in the nation to ever reach the singles final of a Grand Slam in the open era.

Bouchard defeated Simona Halep of Romania 7-6 (7-5), 6-2 to earn a date with Centre Court at the grandest of the majors on Saturday against Petra Kvitova, the 2011 Wimbledon champion.

After the pair traded service games in the first set, Halep broke Bouchard in the third game to take a 2-1 lead. Not showing the slightest signs of anxiety, the 20-year old broke Halep right back to even the set.

On the final point of the fourth game Halep twisted her left ankle and had to take a lengthy break to have it wrapped. Once the match resumed Bouchard took a 3-2 lead on serve.

Halep seemed to recover well but more drama ensued while the Romanian was up 3-2 in the first set tiebreaker. This time it was in the stands where a fan required medical attention. Down 2-4, Bouchard fought back and took the tiebreak and set with a forehand volley.

“I’m happy I kept my focus, didn’t get distracted,” Bouchard said in the post match interview as she kept her composure through multiple delays.

Speechless. Congratulations #CdnTennis fans, we have a Grand Slam singles finalist. This can't happen without your support. #GenieArmy

In the second set Bouchard jumped out ahead as Halep’s form took a noticeable dip, aided by the rising Canadian’s increasing aggressiveness. She was well on her way to beating a top five player, another first for Bouchard.

RELATED: Bouchard wins in front of ‘most positive supporter’

A three-time Grand Slam semifinalist this year, Bouchard said after the match “I believe in myself, I expect good results, I always want more.” That belief was clearly on display as she won nine of 10 points at the net and was comfortably on the offensive. Bouchard at 2014 French Open, where she made the semifinals.

A double fault from Halep – the third seed – gave the Canadian a 2-1 lead. Bouchard (seeded 13th) held serve and broke Halep again to jump out to a commanding 4-1 advantage.

Halep, then reeling while Bouchard grew stronger, managed to salvage a service game down two break points. On the decisive match point, Bouchard’s serve was returned into the net by Halep ensuring Canadian history. 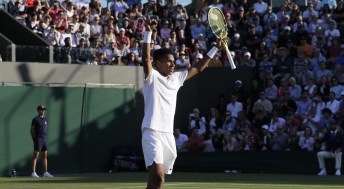 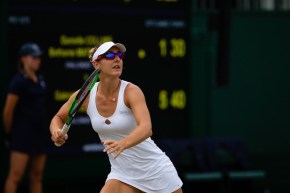