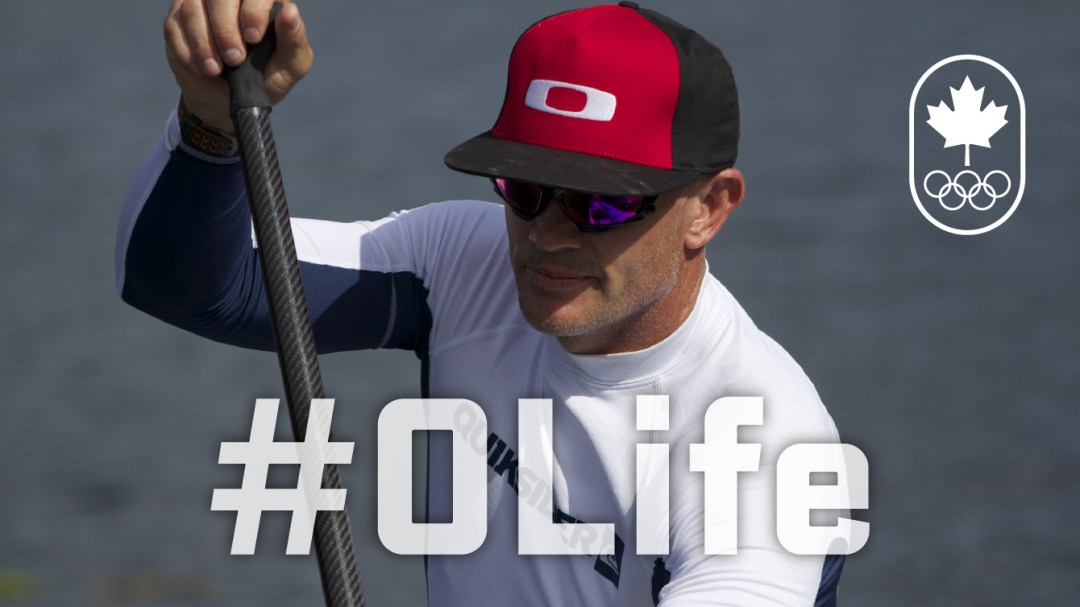 Today is day 21 of our #OLife Photo Challenge: ‘What Inspires You?’ is today’s theme. Click to join in!

Here is how my ‘SUP’ trip went down:

When I retired from the sport of skeleton after Turin, it took a long time to find something that fulfilled my need to train hard, learn and compete.  On a trip to Hawaii a couple of years ago I tried stand up paddleboarding or ‘SUP’. Since then I’ve been on the water at least once or twice per week in the months when it’s possible to do so, (I live in Calgary). Although I’m by no means world-class, I have entered a few races and have really enjoyed being on the water.

Earlier this spring, Simon Whitfield sent me an email to tell me what he was planning – a SUP trip from Vancouver to Victoria to support the newly-formed Canadian Men’s Health Foundation (CMHF). If he could organize it, was I interested in going?

Given the opportunity, I did what anyone in my position would do – I asked my wife.

There was no doubt in my mind I wanted to go. What came as a little bit of a surprise was how much my wife Jen wanted me to do it as well. In the same way that women’s health issues are so very important to all those who care about the women in their life, my wife wanted to support me and an organization focused on improving men’s health.

Also, I believe it added a lot of credibility to the event that Lina Augaitis and Morgan Hoesterey, two very elite female paddlers, were a part of the journey.

Early in the morning on June 12th, Gibson, Whitfield and other SUP athletes began the 140 km journey from Vancouver to Victoria. “Until we can get across the Georgia Straight, we’ll really be at the mercy of the winds and the weather conditions.  It could turn out to be in excess of 10 hours on the water on that first day and so the training and preparation are exceedingly important. But as they say, if it were easy, everyone would do it. – Duff Gibson, before the trip

We started off with a 3:45 AM wake up call. The wind and the tide were working for us for the first couple hours but once we got farther into the Straight of Georgia the waves started to pick up and things got a little tricky.

Across the Straight of Georgia, 48 km

Of all the paddlers, I have the least experience on the open ocean and it showed. I wasn’t the only one to fall off my board but I was the only one to do it with regularity! I ended up paddling for many kilometres on my knees to make it through. The tides in and around Vancouver Island are some of the strongest in the world. I assumed it would be smooth sailing once we crossed the Straight but we were faced with a tide that for several hours, had us paddling at a fairly high intensity and only moving at about 3 or 4 km/h.

Eventually we made it to our overnight spot on Galiano Island after being out for a full 12 hours. We were all grateful at that point to have the event sponsored by Duracell which meant that a team of supporters were there waiting with tents set up and dinner on the way. 70 km were in the books – halfway there. The next day was almost pleasant in comparison. 35 km got us just past Sidney on Vancouver Island. The tides were at our backs for most of the way and although the wind was in our faces for a long period of time, I’d much rather go against the wind and with the tide. It was early to bed for us knowing we had an early start the next day. We would be directly exposed to high winds as we round the southern tip of Vancouver Island, so like the first day, we set off at about 5 AM. It was cold, dark and raining for the first couple of hours on our final day but the kilometers seemed to go by relatively smoothly. The last 20 km were the most worrisome for me. Every time we came around another point, I expected the wind to pick up and to see giant whitecaps coming toward us, putting the completion of our journey in doubt. But it just didn’t happen. The final few kilometres into Victoria harbour were calm and easy.  Although we were several hours ahead of schedule there was a very friendly welcome waiting for us. There were hugs and high-fives, and then we each had a piece of salmon the support boat caught on the last leg of the trip. From there we headed over to the hotel which thankfully had a giant hot tub. Overall the trip could not have gone much better. It was certainly challenging but as is always the case, that added to the sense of accomplishment at reaching our goal. I’m grateful to have had the opportunity to participate in the paddle. Simon Whitfield was a great host.

Men’s health issues, just like women’s health issues, are important to everyone and often very little changes in our behaviour or our diet can have lifelong ramifications (check out dontchangemuch.ca). It was my pleasure and honour to help bring some of those issues to light by supporting the Canadian Men’s Health Foundation. Looking forward to what Simon has planned for next year! 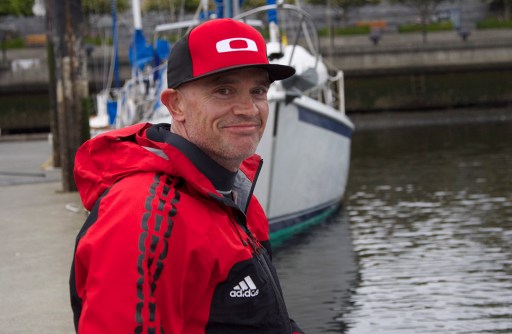 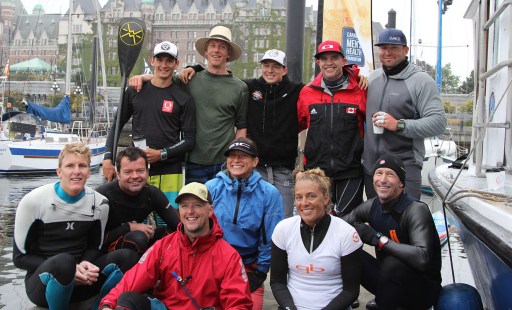 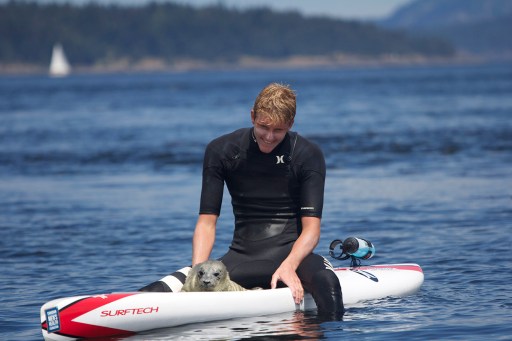 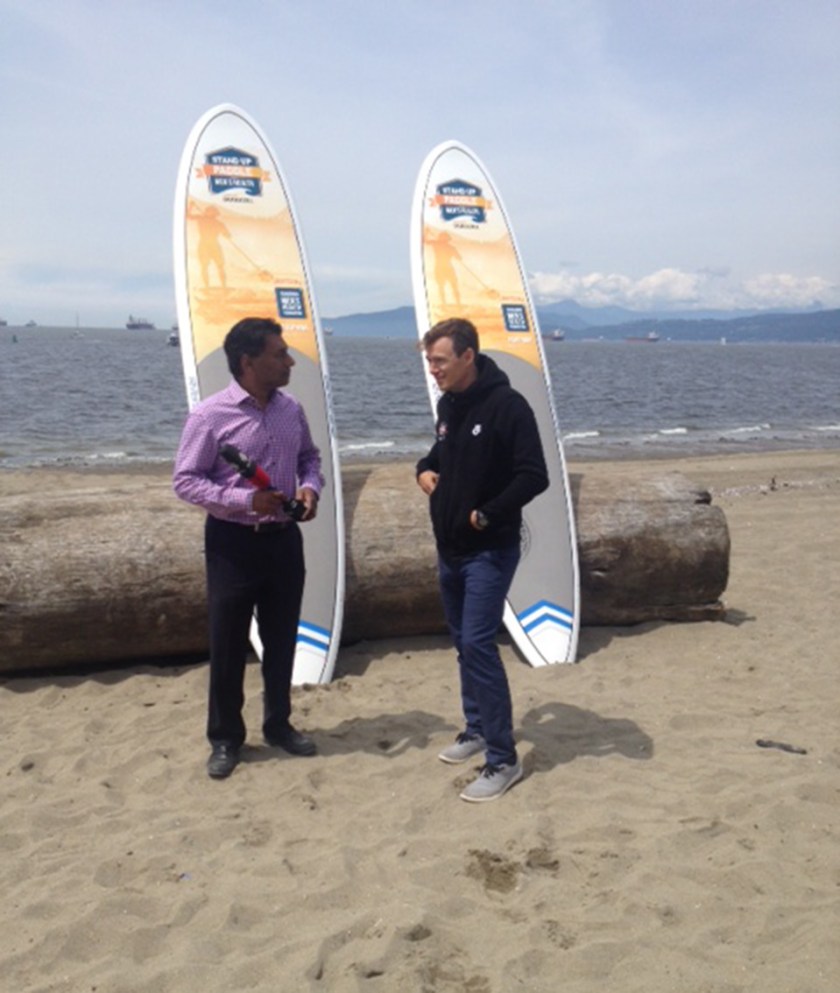 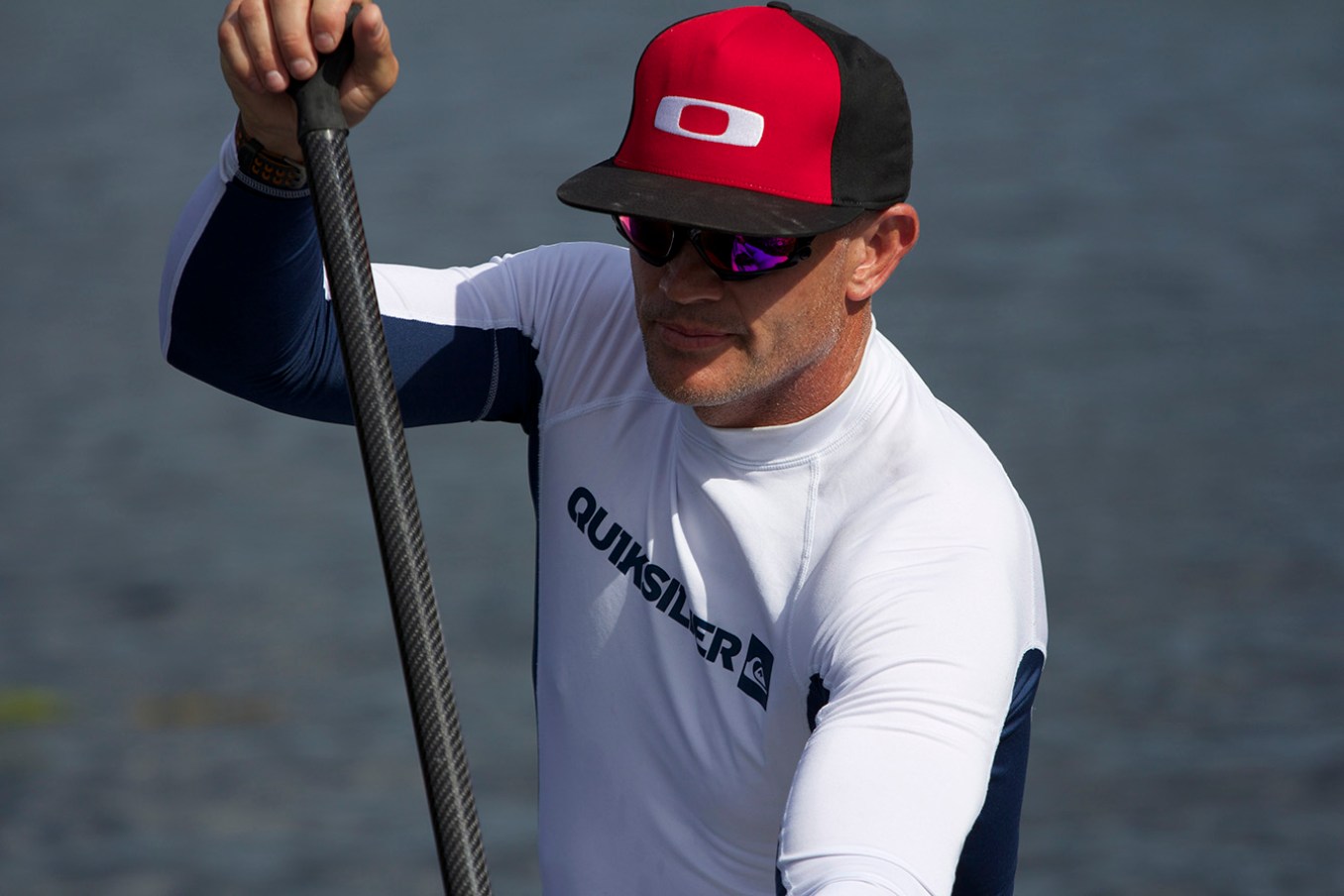