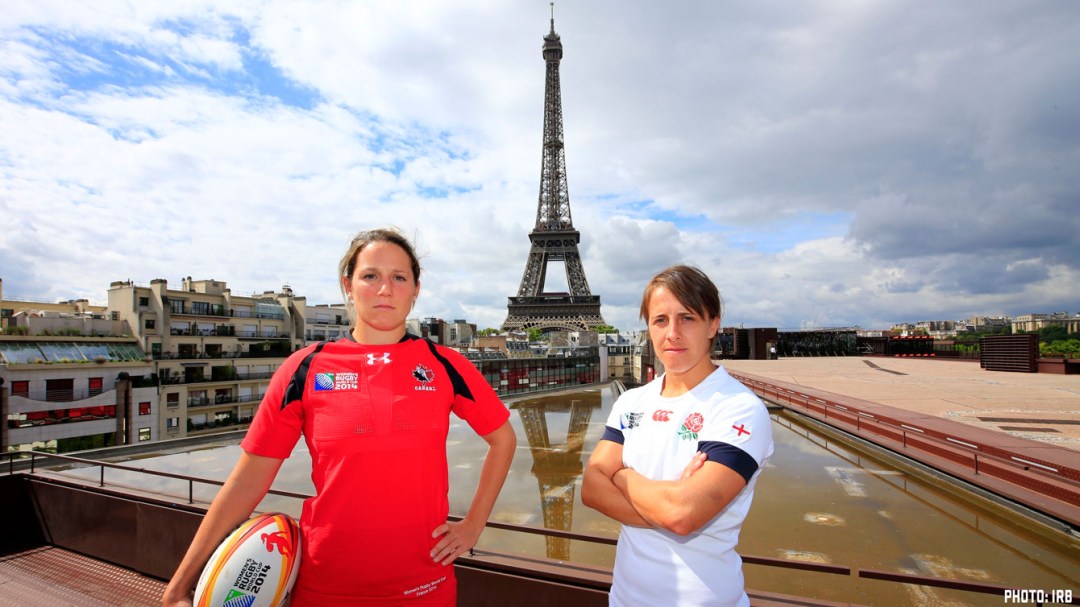 On Sunday Canada has a chance to enjoy an unprecedented high with the Women’s Rugby World Cup final set to be contested against one of the sport’s superpowers, England (12 p.m. ET on TSN 2).

Canada has never finished higher than fourth at the World Cup. By virtue of beating host country France 18-16 in the semifinals the rugby women have already achieved their best ever result. Unsurprisingly, they’re not quite satisfied.

“Of course we do,” captain Kelly Russell said without hesitation following the French conquest when asked if Canada has a chance to beat England.

“It has been a dream since I was little,” said fly half Emily Belchos of playing in the World Cup final. The prospect of winning gold in her tournament debut has the 19-year old “extremely excited.”

Although confident, Canada certainly won’t be taking England lightly. Both sides came out of Pool A in the round robin stage where they played to a gritty 13-13 draw. Canada’s power and athleticism seemed too much for England – a five time World Cup finalist – during large periods of the match, but the English gave as good as they got.

“We know that England is a very strong team and they showed that in the semifinals against Ireland,” head coach Francois Ratier stated of the merciless 40-7 English demolition in a Rugby Canada press release.

The English are determined not to be runner-up for the fourth straight World Cup. Their 33-year old forward Rochelle Clark told BBC “I’m not going to retire until I’m a world champion.” Clark was on two of the previous final losing teams. England won its lone World Cup in 1994 and for them a 20-year wait for a second title is unbearable.

Clark recalled being “devastated” after losing in 2006 and then once more four years later. She has no plans to revisit those memories on Sunday. Clark says previous disappointments will “fuel me, especially going into (the Canada match).”

The Canadians have been the surprise package of the tournament. It’s not that their rise has shocked anyone, the results have been there leading up to the World Cup with wins over the big nations in recent bouts. It’s the fashion in which Canada has succeeded, undefeated with three wins and a draw, with those critical outcomes against England and France that has captured attention.

“Sunday is an incredible opportunity for us to show how far Canadian women’s rugby has come,” Ratier said. The argument can be made that Canada already belongs among the world’s elite, but a World Cup win would brush away any doubt.

“Our athletes have spent years preparing for this moment and we’re all looking forward to the challenge.”