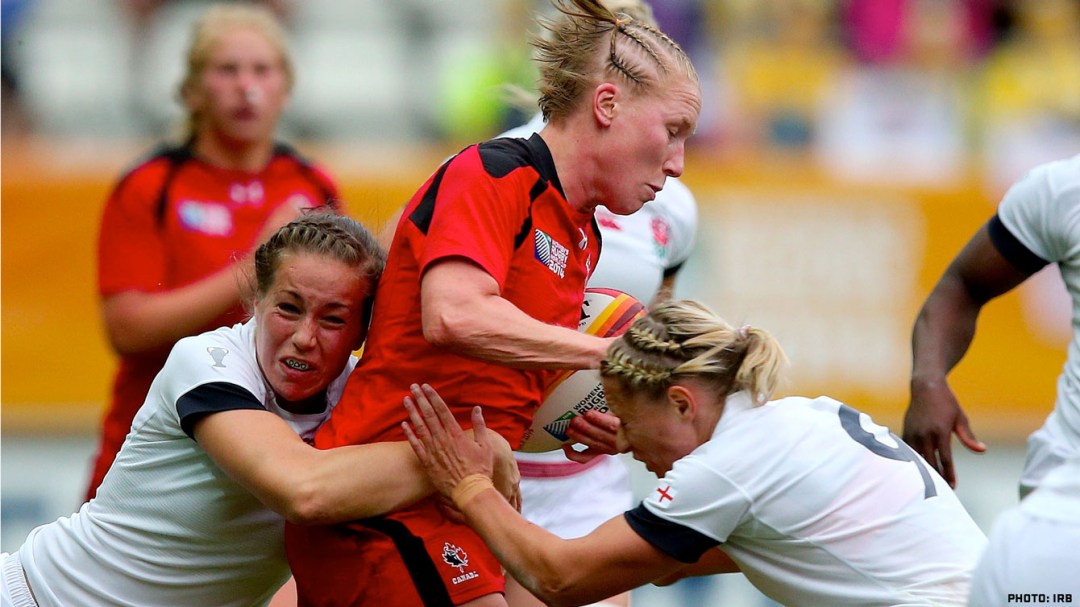 Canada enjoyed its best Women’s Rugby World Cup ever but fell short of glory in the 2014 edition on Sunday losing to England 21-9 in the final.

England was out to slay demons of World Cups past. It had been a 20-year wait for its second world title after being runner-up on three straight occasions from 2002 to 2010.

Canada had never finished higher than fourth and was appearing in its first World Cup final after beating France in the semis.

The match started with a scrappy opening half that saw England take the early initiative. Tournament’s top scorer Emily Scarratt easily kicked in a penalty at the ninth minute to give England a 3-0 lead.

Turnovers were Canada’s Achilles heel throughout the early minutes. Each time it seemed Canada was on the verge of territorial advantage the ball soon found a way back to English arms.

At the 16th minute Canada’s Karen Paquin saved a try with an incredible individual tackle on runaway English winger Katherine Merchant. Paquin again got in the way – this time with some help – three minutes later when England’s Natasha Hunt was millimetres from a try. While Canada was successful in frustrating England, another penalty at the 23rd minute allowed Scarratt to put her country up 6-0.

England’s ambition paid off at the 32nd minute with Danielle Waterman scoring a try shortly after a knock-on that lost Canada possession. Surprisingly, Scarratt missed kicking the extra two points and the score remained 11-0.

Canada refused to shrink and just before halftime, a good spell resulted in a penalty for Magali Harvey. She gave the red shirts some momentum going into the dressing room down 11-3.

Following the match Harvey was named the IRB Women’s Player of the Year, the most prestigious individual achievement in the women’s game. Harvey, from Quebec City, just turned 24 a day earlier.

The second half started with more determined forward movement for Canada resulting in an offside penalty. Harvey this time knocked in a 35-metre kick to bring Canada within a try of England at 11-6.

A huge scrum at the 50th minute showed Canada had plenty left in it and suddenly with England making uncharacteristic mistakes, the women in red found greater possession. A 56th minute march set-up another penalty for Harvey from an enormous 42-metres and she delivered again, bringing Canada within two points at 11-9.

However, momentum slowed when Canada was penalized on restart and Scarratt converted a short kick, restoring confidence for England going 14-9 up with 20 minutes to play.

The winds changed irreversibly when Scarratt breached Canada for a try with just seven minutes left and converted the two points for a 21-9 lead. It was a strong individual effort from Scarratt and one that put the match out of reach, though Canada continued to fight valiantly right to the end of the final. 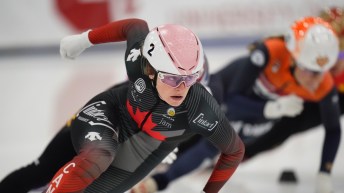