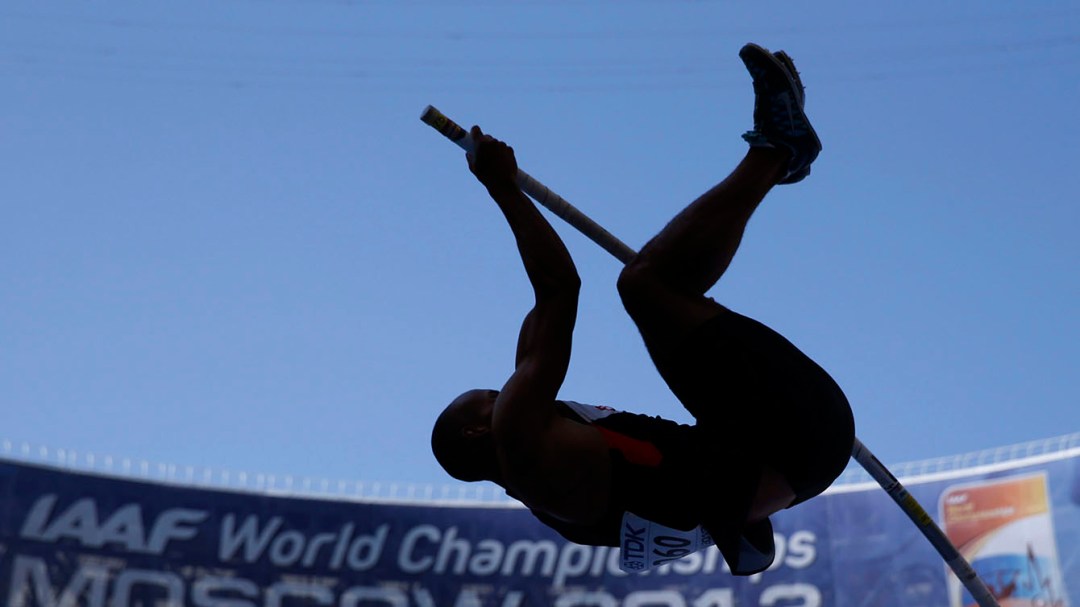 Olympic.ca is exploring the idea of the ‘ultimate athlete’ including what athleticism is, how we view it and how it has changed.

Two hundred and fifty kilometres per hour is fast.

It’s how hard Milos Raonic can crush a tennis ball with his historic serve. At the 2003 Italian Grand Prix, Michael Schumacher famously pushed his Ferrari only two clicks slower than Milos’ serve, the fastest-ever drive on F1’s swiftest course. 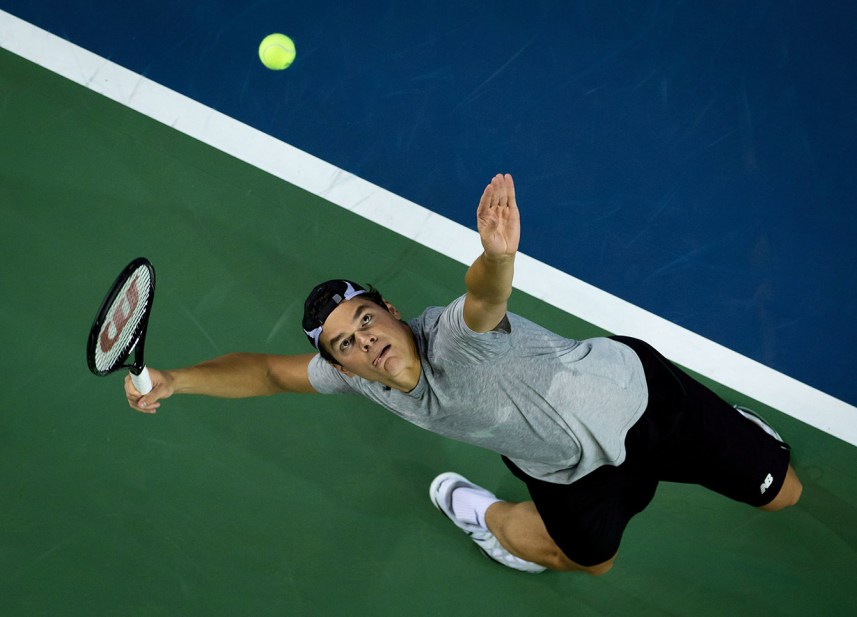 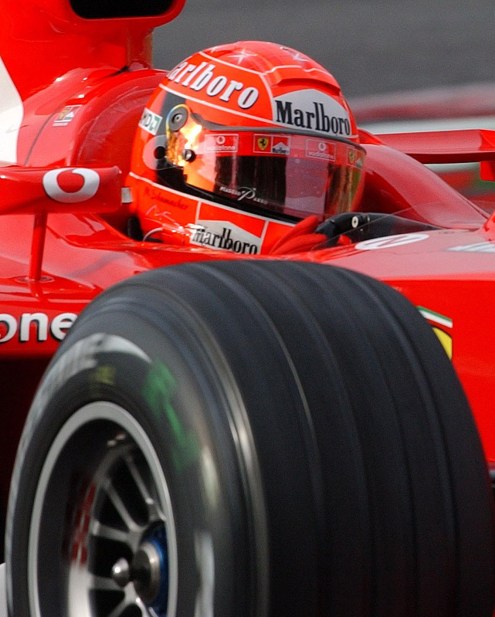 Yet both men command objects only half as fast as a badminton shuttlecock. Schumacher guided a race car and Raonic swings a racquet, technically different in every way imaginable. However both sports have supporters who will list athletic merits, with some defending them as the ultimate collection in all of sport.

Let’s say Raonic’s power is only the beginning, (to be fair, accuracy of serve is often overlooked next to the glamour of speed. Roger Federer doesn’t crack the top 30). To play tennis at an elite level Raonic must be quick. And flexible. He has to endure long matches, sometimes lengthy enough to attract supermodels to his box. Hand-eye coordination is obvious and mental fortitude is essential.

Is the tennis player the ultimate athlete?

Whether you like absolutions or not, sport reaches for them incessantly. From entire teams, (dynasty), to individual athletic feats, (fastest man on the planet). Longtime Olympic sportscaster Brian Williams says: “We live in a world where the public demands to see the best, they don’t want to see a 100 metres without Usain Bolt. It’s that simple.”

Who is the ‘best’ in this case may mean which athlete owns the ultimate collection of athletic ability. Inevitably, this discussion chances a precarious comparison between sports. And if that makes you shift in your chair, or damn well leap out of it, you’re not alone. But just take it as a bit of fun, competition is so inherent to sport that comparison is bound to happen.

NHL camps open in earnest every September, sparking the escalating fervour toward a new season. Hockey players will only practice for weeks, yet Canadians pay close attention. In fact, autumn opportunities are plentiful for fans of North American sport. Basketball follows hockey, baseball enters the hallowed post-season, and weekends belong to the NFL or college ball.

The result is an understanding of athleticism influenced by exposure to certain types of sport. The big four are all explosive with our amazement lent to the demonstration of speed, agility and strength in glorious concert. It’s all delicious ability and we feed on it to drive the pro machine. Another professional sport delivering Kobe-like awe is athletics. Specifically, the multi-event disciplines of heptathlon and decathlon which have classically been referred to as the most athletic at the Olympic Games.

Canadians Brianne Theisen-Eaton (pronounced Ty-sen) and Damian Warner are knocking on the door of world domination. In 2013, Theisen-Eaton won a world championship silver medal in the heptathlon while Warner ran, jumped and threw his way to decathlon bronze. Not to leave Kobe out of it, Warner’s jump coach Vickie Croley says the ‘dec’ and ‘hep’ own the most athletic category but also suggests she might like to poach some basketball players for a tryout.

Back to the heptathlon: Theisen-Eaton can long jump 6.59 metres and then whip a javelin almost the length of an Olympic pool, all in one night. She explains how her sport is shedding the jack-of-all-trades designation. Apparently her sport had a ‘master of none’ reputation for a while but that perspective is being eroded. For example, Dutch heptathlete Dafne Schippers finished one spot behind Theisen-Eaton in 2013 but won the 100m and 200m at this year’s European Championships. And Theisen-Eaton’s husband Ashton, London 2012’s decathlon champion, beat the reigning Olympic gold and silver medallist in 400m hurdles (an event not included in the decathlon) at a Diamond League meet in July.

Whether a collection of athletic abilities are exposed at the famous Hypo-Meeting in Götzis or blended by Carey Price on a Saturday night at the Bell Centre, the ultimate athlete may be an altogether different kind of phenom.

“Decathletes not so long ago were really riveting and now I think it’s much more tilted in favour of people who are really exceptional at a much more narrow skill,” says David Epstein, author of The Sports Gene: Inside the Science of Extraordinary Athletic Performance.

Epstein has written extensively on how sport science interacts with performance. He mentions the work of scientist Stephen Jay Gould who asserts that in any complex system with a natural spread of excellence, (like baseball), as more people figure out how to be good at a skill, (like hitting), it takes even greater specialization to be the best. This is why we’ve seen such an incredible change in sport-specific body types over the decades.

“I wonder if it motivates the average person to be more of a sports watcher, that maybe they don’t feel as much that it inspires them,” worries Epstein, raising one potential downfall to perceived disparity between citizens and the elite.

But while participation may be affected, specialization of athletic skill only heightens public interest in many countries. Crowds of one hundred thousand or more have collected for ski jumping events in Norway. It’s fair to say Scandinavians are enthralled by the single explosive movement required for a world-class ski jump. Who knows how many Norwegians would class their ski jumping champions as the ultimate athletes? Brian Williams suggests: “People are attracted to success and they’re attracted to what they’re good at and what their country is good at,” he says. It’s why Canadians lose their minds over hockey but be assured that many fans will tell you hockey players are among the world’s most athletic.

The attraction of the unknown

The mental focus required for ski jumping is formidable. The margin of error is so small. Likewise in other icy pursuits such as alpine skiing or bobsleigh. The power exerted in the five-second push of a bobsleigh is immense, but not dynamic. Yet the secrets concealed as a sled rips past include a razor sharp memory, fine-tuned motor skills and the calmest of nerves. Just because features of athleticism don’t manifest in plain sight, doesn’t mean they aren’t there.

What lies beneath the exterior is an interest of Sportsnet magazine’s Myles McCutcheon. As photo director of three The Beauty of Sport editions, he has undressed Olympians and pro athletes to show them in raw form. It’s an effort to be approached delicately, “Because of where we are as a society and culture and the marketability of athletes, we’re in an age where the public is wanting a peek behind what is involved with these athletes’ lives,” he says.

“I think it’s a natural progression.  It’s another step in that evolution of wanting to see more.” – Myles McCutcheon

For stars in film, television or music, public interest is primarily focused on personal life as opposed to the process of creation. How Leonardo DiCaprio forms a character isn’t uninteresting, but it’s usually less of a cover story compared to who he’s dating.

In sport, we want more material directly focused on what is behind the athletic performance. It’s why television series such as HBO’s 24/7 or ESPN’s 30 for 30 have led the way for sport teams and media outlets to create their own behind-the-scenes content. ‘The Beauty of Sport’ aimed to show the physical result of high-level athletic training. 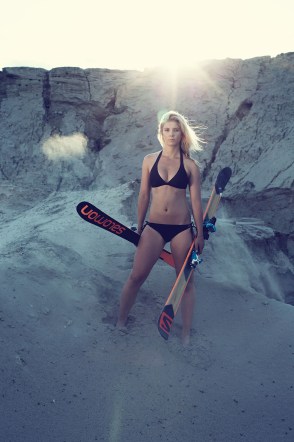 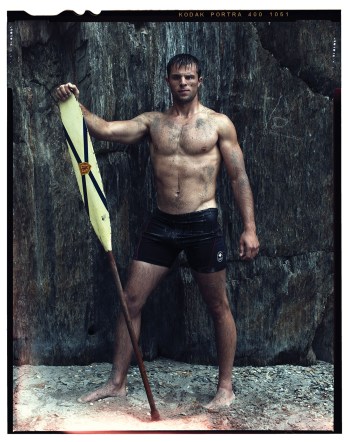 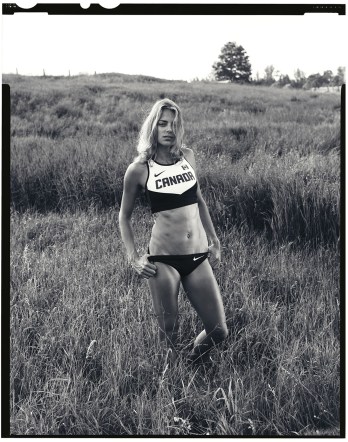 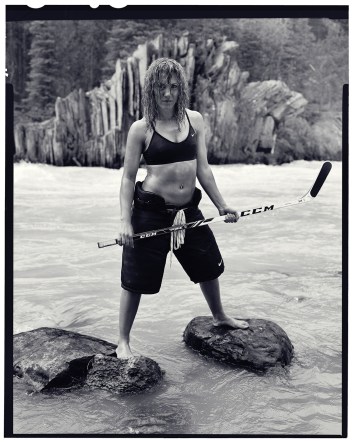 Click to enlarge. Used by permission from Sportsnet magazine.

The magazine chose to portray athletes through a fitness lens because of public appetite for a greater understanding of what it takes to get from gym to field. McCutcheon thinks readers are actually inspired by this and therefore experimenting with fitness programs.

“I think there’s a deep desire to understand more about fitness and nutrition and the athletes are perfect role models for that,” he says, before bringing up the explosion of CrossFit which is interval training for the everyday person.

Epstein also mentions CrossFit, saying “A lot of people will be motivated by something they can improve at,” and the high-intensity, explosive movements found at CrossFit gyms better suit many of us regular folk and our muscle types. It’s also something completely unlike traditionally covered sports. If Epstein is right about fans being dissuaded from activity due to perceived ‘superhuman’ professional athletes then training programs like CrossFit match well with the sensitivities of the armchair quarterback.

Any definition of the ultimate athlete is bound to contain reference to their physical abilities. The marathon runner has iron endurance, yet so does a soccer player, who also demonstrates footwork, sometimes present in the game of rugby along with all that hitting.

Knowing how to win is less tangible but as much a part of the conversation as vertical jump or top speed. So is the way in which an athlete wins. Brian Williams sums it up in his estimation of what must be included: “The character to compete with integrity and honesty in all areas. To thrive under great pressure and to deal with and overcome adversity. To react to both victory and defeat with class and dignity.” For Williams, who has covered the Olympic Games for nearly forty years, the hallmarks of character lead the way. And it doesn’t hurt to add winning. Canada’s success in tennis has made it part of the national conversation. Perhaps we always respected a 249.9 km/h serve, or maybe now we just see it more.

Either way, it’s part of Raonic’s own search for the ultimate, a journey abundant in sport and a pleasure to follow.

Who do you think is the ultimate athlete? And why? Let us know @CDNOlympicTeam