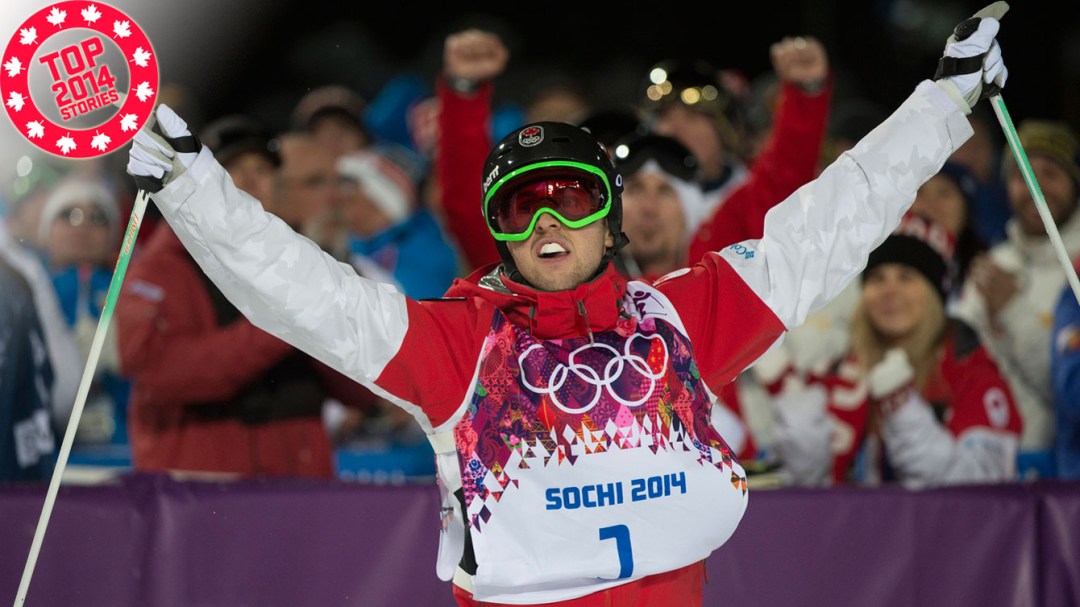 Freezing at the bottom of the hill around midnight local time, I waited as the final six men’s moguls competitors were set to descend for a shot at Olympic gold.

Then, I watched Alex Bilodeau fly down in 24 seconds – with all those turns, tricks and his knees together – before he hit the brakes following his final Olympic moguls run, turned his body toward the hill, looked up and let out a scream that could surely be heard around the Caucasus region.

It was a defiant, “catch me if you can” cry from Bilodeau, and on that night, nobody could.

Heading into Sochi 2014, Bilodeau may have been the fan favourite. He was the defending men’s moguls Olympic champion, the first Canadian to win gold at a home Games in Vancouver 2010, and sports fans rightly have a love affair with his enthusiastic brother and inspiration, Frédéric, who has cerebral palsy. Of Frédéric, the freestyle skiing legend says “out of respect for my brother I have to go after these dreams.” 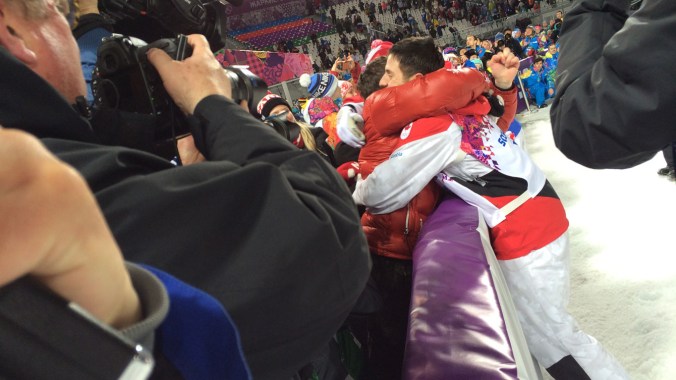 Alex ran over to embrace his brother Frédéric Bilodeau following his Olympic victory in Sochi. 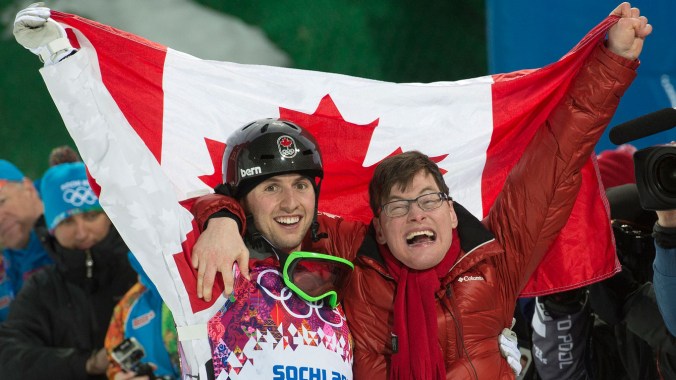 Frédéric is easily Alex Bilodeau’s most enthusiastic supporter. The moguls Olympic champion beams whenever he talks about his brother.

However, on paper (and snow), Bilodeau wasn’t the favourite. He struggled slightly before the final run and all eyes were on his teammate Mikaël Kingsbury. With respect to the other excellent finalists, this was a two-horse race.

Six years Bilodeau’s junior, Kingsbury was one of the faces of Team Canada’s #WeAreWinter marketing campaign, the 2013 World Champion in singles moguls, and en route to breaking the legendary Jean-Luc Brassard’s all-time moguls wins record and taking the overall World Cup title for a third consecutive year. Those aren’t just stats, at the age of 21 as Kingsbury was then, they are Wayne Gretzky numbers. Kingsbury may one day be considered the greatest-ever in his sport. 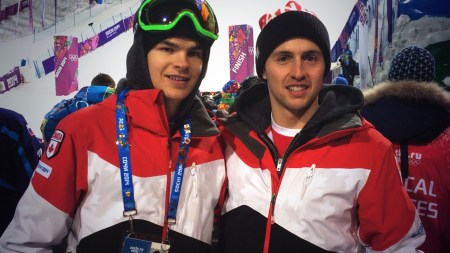 Calm before the storm. Mikael Kingsbury and Alex Bilodeau turn up to watch the women’s moguls race where Canada enjoyed another 1-2 finish. 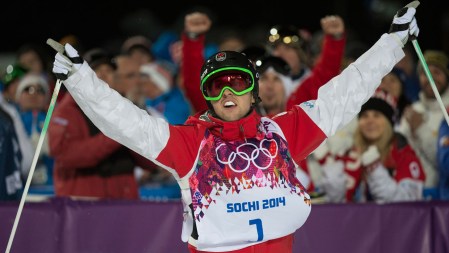 Alex Bilodeau raises his arms after his near-perfect final run, fully aware that he is the man to beat with two skiers to go. 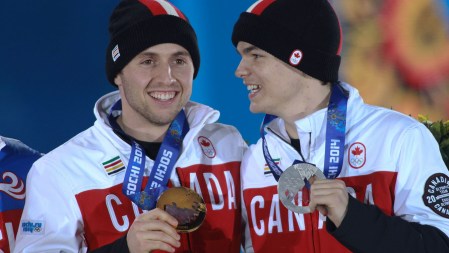 Alex Bilodeau and Mikael Kingsbury share a laugh at the Sochi 2014 medal presentation.

Yet against the pressure of repeating as an Olympic gold medallist over a brilliant opponent, Bilodeau laid down a score of 26.31 and waited. But on this night Kingsbury – who had to settle for silver with a 24.71 score – wouldn’t upend his senior teammate.

The champion triumphed over the challenger.