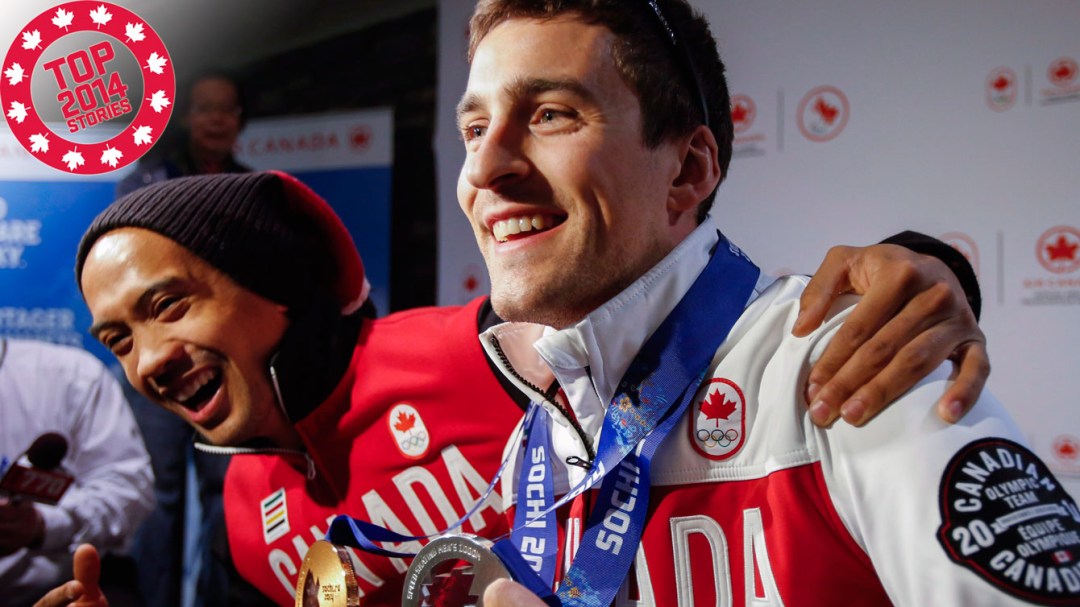 What makes the Olympic Games truly special for me are the stories. At Sochi 2014, nothing could beat a guy giving up his race spot to a teammate who went on to win a medal.

Many people were stunned that Gilmore Junio would give his 1000m berth to Denny Morrison. Who gives up a chance to race at the Olympics? Having first met Gilmore in May 2013 I knew what a nice, genuine guy he was, so if anyone was to make such a selfless gesture I’m not surprised it was him. 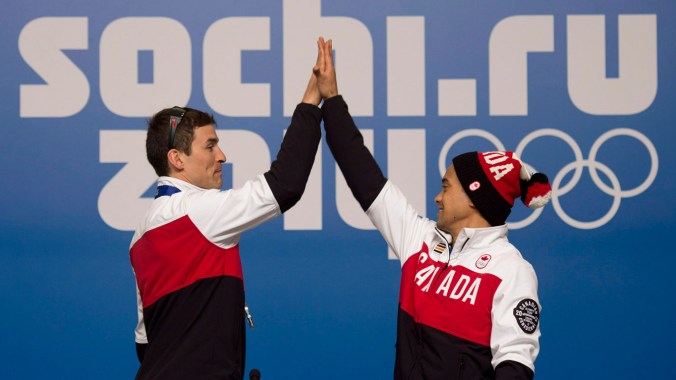 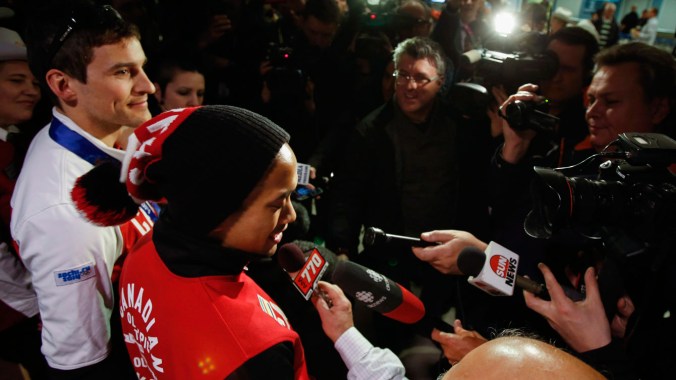 Morrison (left) and Junio meet an awaiting Canadian media at the airport upon their return from Sochi.

As for Denny, I’ve got a soft spot for him as one of the first Canadian Olympians I ever met and interviewed. Through happy podium moments and disappointing ones, his personality makes me want to cheer for him.

But after he fell coming off the final turn of the 1000m at the Canadian trials, it looked like his only individual race in Sochi would be the 1500m. That all changed with a text. Gilmore, who had qualified third of the four Canadians in the event, knew who had the most legitimate shot at an Olympic medal and told Denny he better be ready to race.

I didn’t know what to expect on race day. Although he’d come close, Denny hadn’t won a World Cup medal in the fall leading up to the Games. But in that moment, there was no other Canadian athlete in Sochi who I wanted to win a medal as much as Denny.

I couldn’t stay still in our office at the Main Press Centre, bouncing in front of the TV while trying to maintain some sense of professionalism. Denny was in the fourth-to-last pairing and crossed the line holding onto second place, just 0.04 of a second behind the leader. But the nervousness wasn’t over. There were still some formidable names to come, including two-time defending champion Shani Davis.

No one came close to catching Denny.

Morrison on the 1000m podium after securing silver.

I had just a quick moment to celebrate before jumping into writing the story. It wasn’t until after Denny had doubled up his medal count with a bronze in the 1500m that I got to see him. Gracious as always, he and Gilmore were in the midst of their media tour and he allowed me to hold his silver medal, definitely one of the most precious pieces of metal ever in my hands. 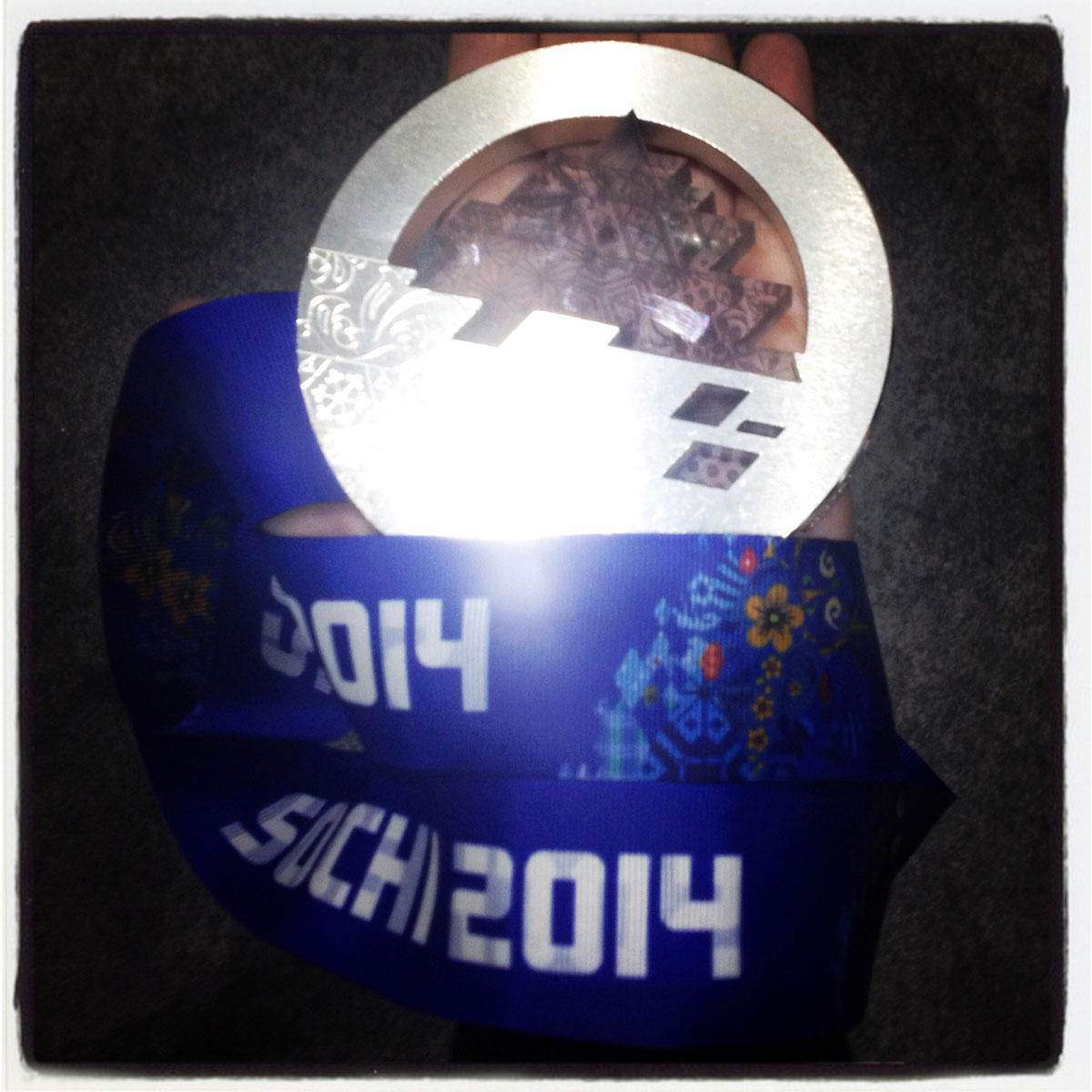