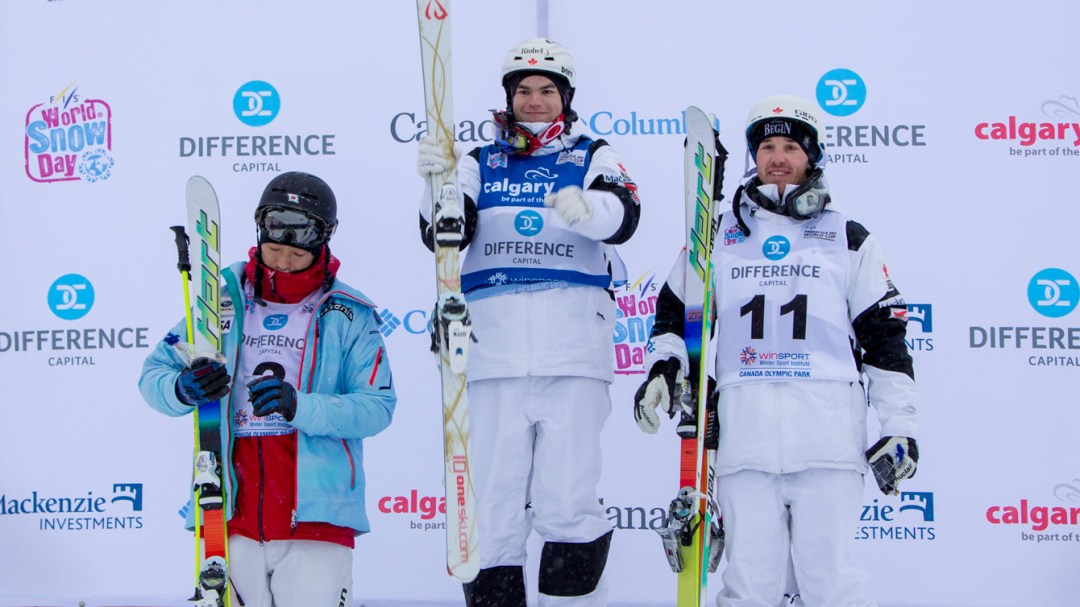 The moguls World Cup season resumed on Saturday with a stop in Calgary, where four Canadians won medals in front of home crowd, including a 1-2 finish in the men’s event.

On the women’s side, Chloé and Justine Dufour-Lapointe won silver and bronze respectively.

Nine Canadian men were competing in Calgary on Saturday. Kingsbury, Pouliot-Cavanagh and Marc-Antoine Gagnon all advanced to Final 1, which required a top 16 finish in qualification. From there, Kingsbury and Pouliot-Cavanagh moved on to the super final (top six) occupying the two leading positions, which is how they finished the day.

Out of the 10 Canadian women competing at home, five qualified for Final 1. Maxime Dufour-Lapointe joined her podium-bound sisters in the first final, as did Andi Naude and Audrey Robichaud. 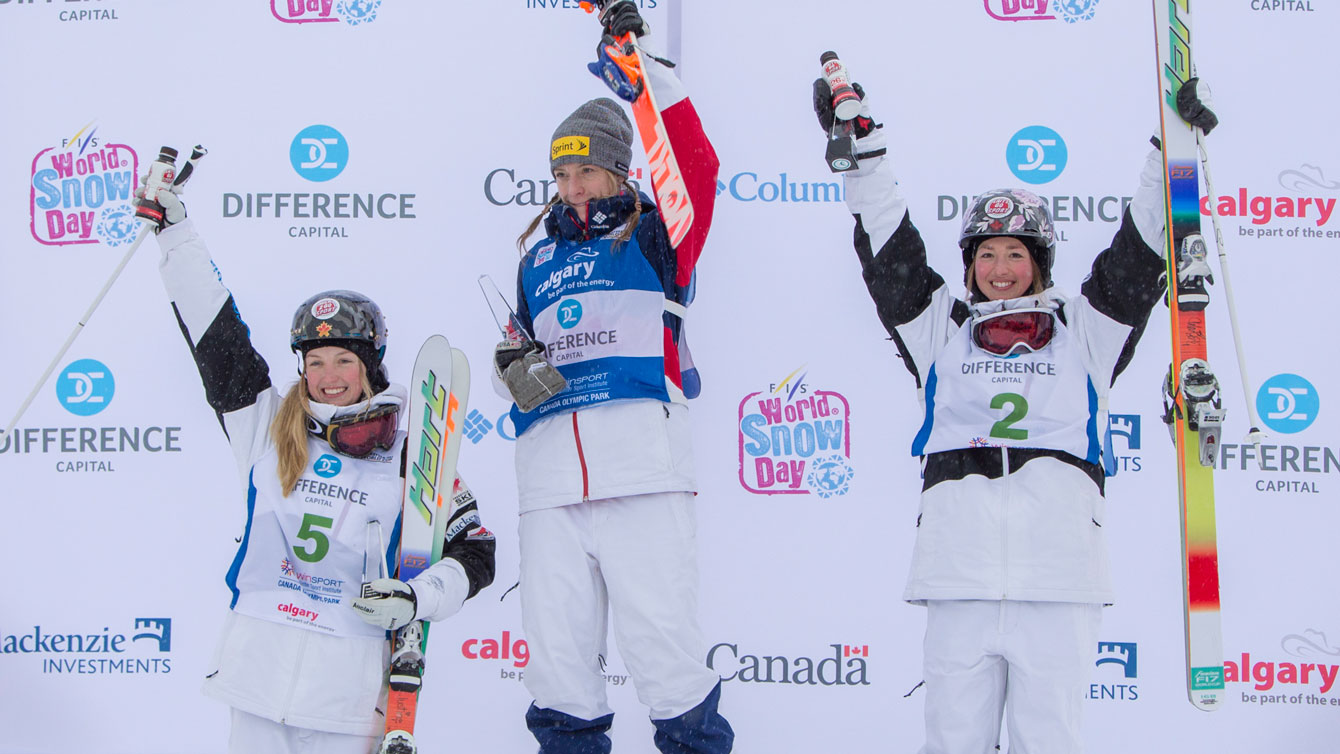 Two of the sisters – Chloé and Justine – advanced to super final, along with Naude, allowing Freestyle Canada to field half of the last six women’s competitors in Calgary. None of them could dethrone Hannah Kearney, however, the American veteran and Sochi bronze medallist led every stage of the event scoring 83.76 in the last run, ahead of the two podium spots going to Canadians with scores of 82.45 (Chloé) and 80.93 (Justine).

The season now moves south to Deer Valley, Utah for the third World Cup where both singles and dual moguls competition are slated to go. The 2014-15 season started with dual moguls in Ruka, Finland, where Canadian medals came from Philippe Marquis (gold) and Chloé Dufour-Lapointe (silver).