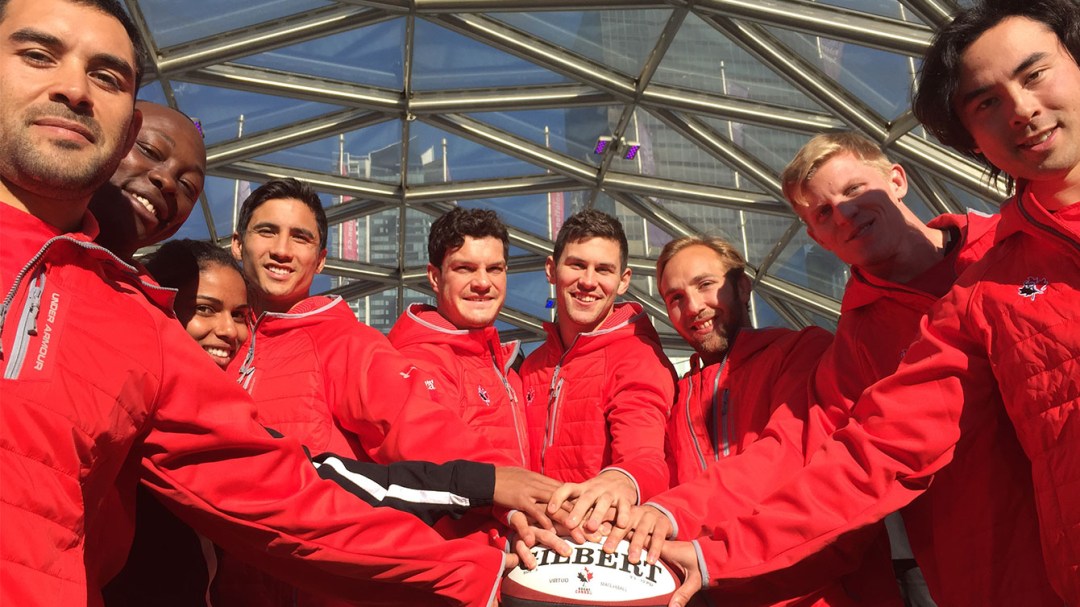 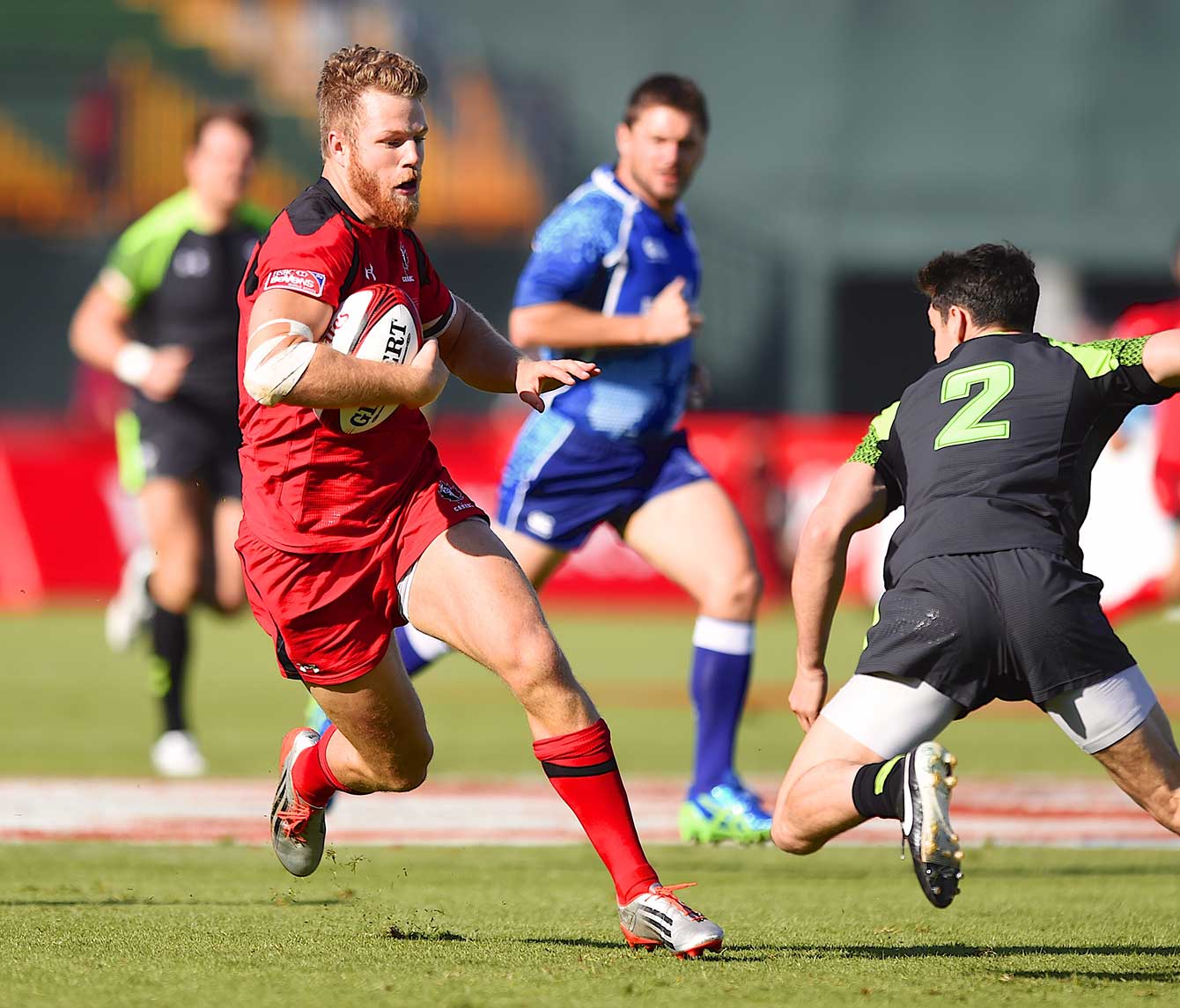 The World Rugby Sevens World Series stop in Vancouver will be a two-day tournament featuring 16 rugby sevens nations at BC Place playing a fast-paced version of rugby, with seven-a-side and shorter games.

Dubai, Las Vegas, and most famously Hong Kong are examples of other Sevens World Series locations with tournaments there drawing huge numbers of fans for a sport experience that is apparently quite unique. Most fans will arrive dressed-up for a party atmosphere. Add to this the non-stop action of match after match, where a country will play up to three games per day, each game with either seven or ten minutes each half. “It’s such an emotional tournament, there’s so many highs and lows,” says Canadian captain John Moonlight. “Being able to sit there and look at the crowd, 40,000 people yelling in Hong Kong, it’s an unbelievable feeling you can’t even hear yourself sometimes on the field.” 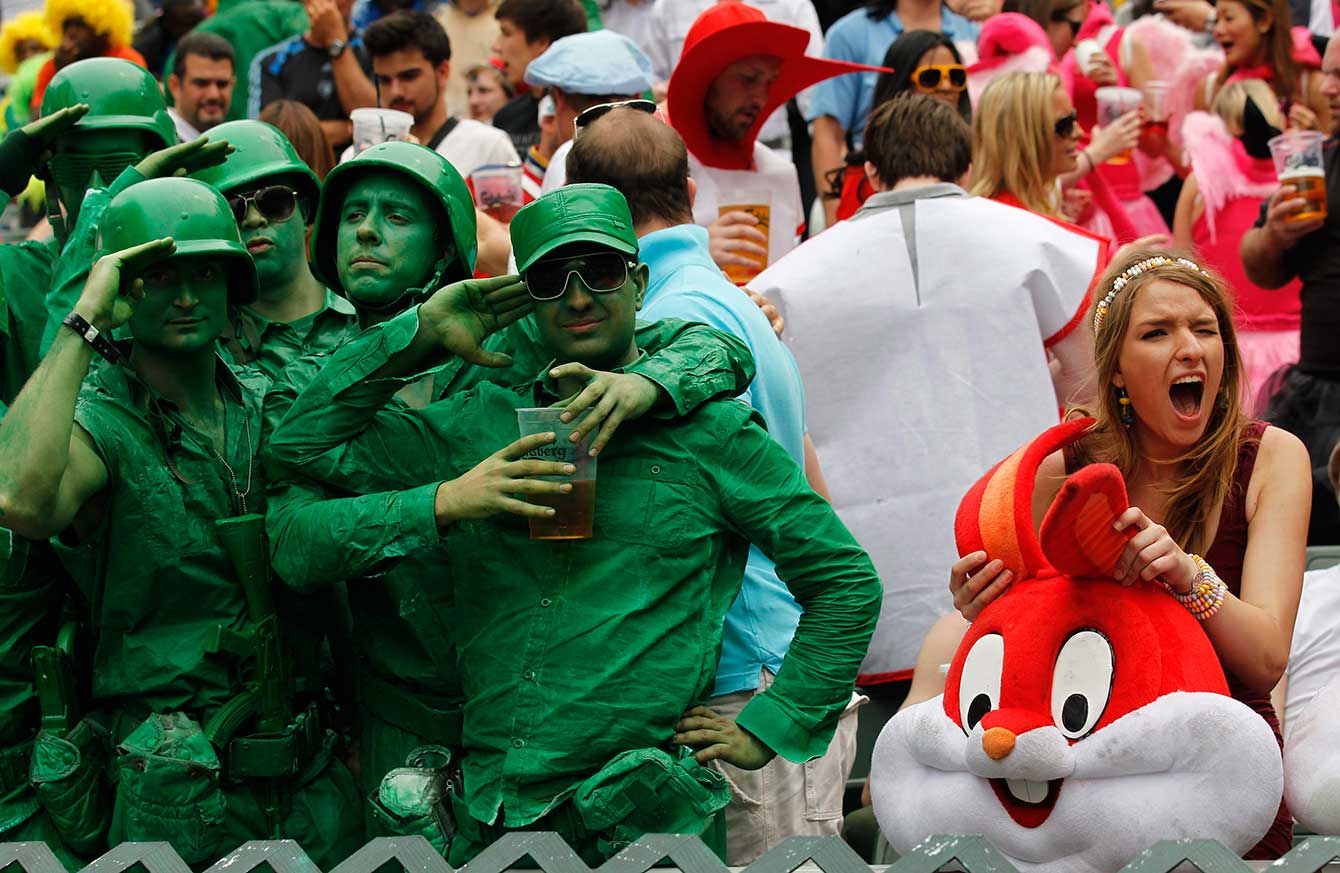 The famous Hong Kong Sevens draws tens of thousands of fans, many dressed in a variety of inventive costumes.

Canada is fielding an increasingly competitive sevens team. Last season the men finished 6th on the Series, the nation’s best-ever placing. The team also had two ‘Dream Team’ (MVPs) from the 2013-14 season with Pickering’s John Moonlight and Victoria’s Phil Mack earning the honours.

“To be able to actually play in front of Canadian fans and get people out here, it’s going to be awesome,” said Moonlight, “It’s going to be a great experience for the players and for the fans.”

The news comes while the men’s and women’s teams are trying to qualify for Rio 2016, where rugby will debut. Qualification can be had automatically with a top-4 finish out of their respective 2014-15 sevens series. The women are currently in a good spot, third place in the standings through two of six stops. The men have played five of nine stops and their 13th-place standing means they may have to rely on a regional tournament to qualify for Rio. 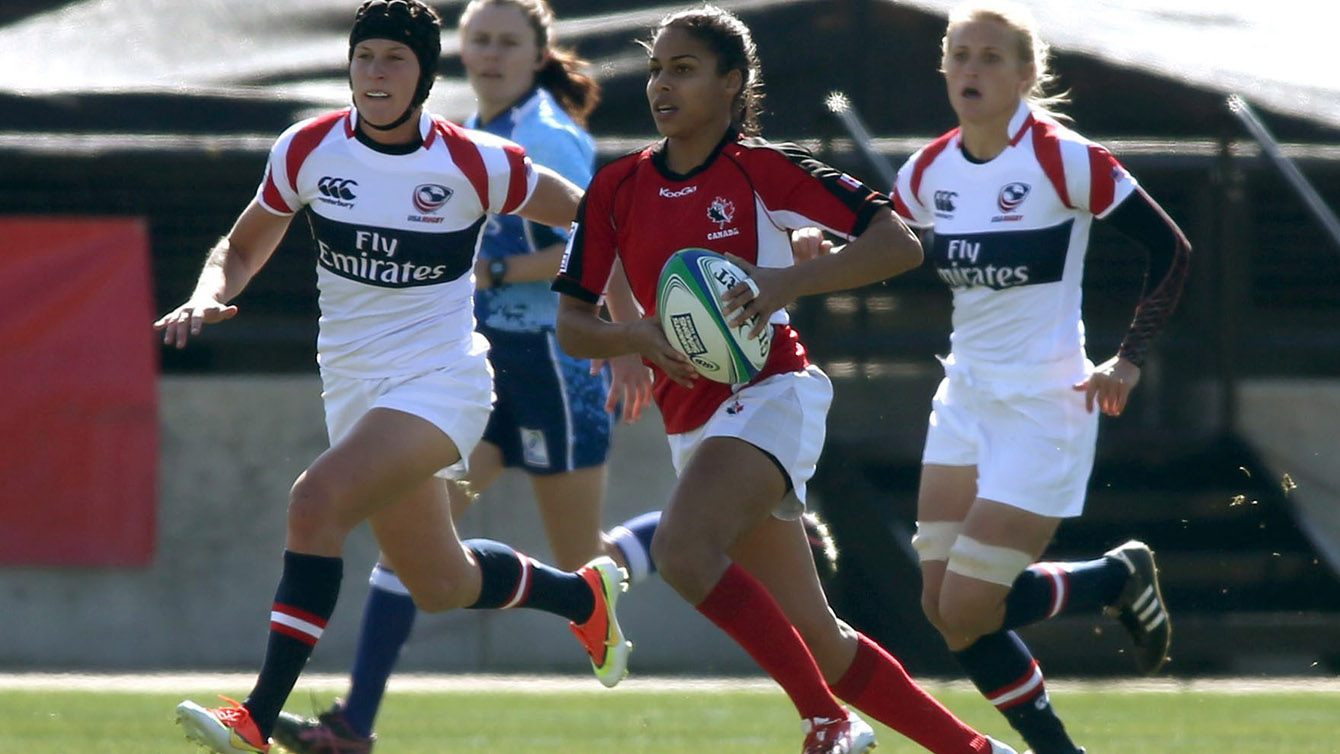 RELATED: Canada’s squads on the road to Rio 2016
RELATED: First-ever Sevens Series in Canada could be home to Olympic dreams
RELATED: Magali Harvey named Women’s Player of the Year

The city of Vancouver and the province of British Columbia have an enthusiastic rugby community, where the sport is played in many secondary schools. Vancouver’s mayor Gregor Robertson, who is a former rugby player himself, attended the announcement, “We’re thrilled to be hosting rugby world sevens before sevens rugby becomes an Olympic sport,” said Robertson, “Vancouver has a rich rugby history and we are the pinnacle of rugby for North America, it makes sense to have rugby world sevens here.”

Rugby Canada will host the first Canadian World Rugby Women’s Seven Series tournament in early spring. The competition is scheduled for April 18-19, 2015 at the home of Rugby Canada in Langford, BC.

Phil Mack has been one of the most reliable members of Canada’s sevens side over the past few seasons and...