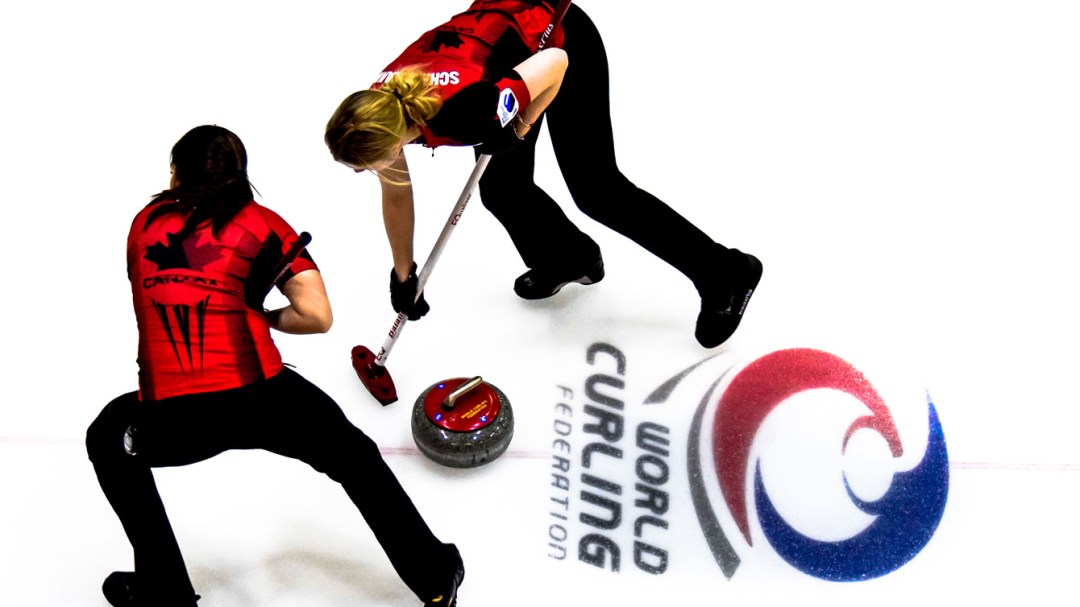 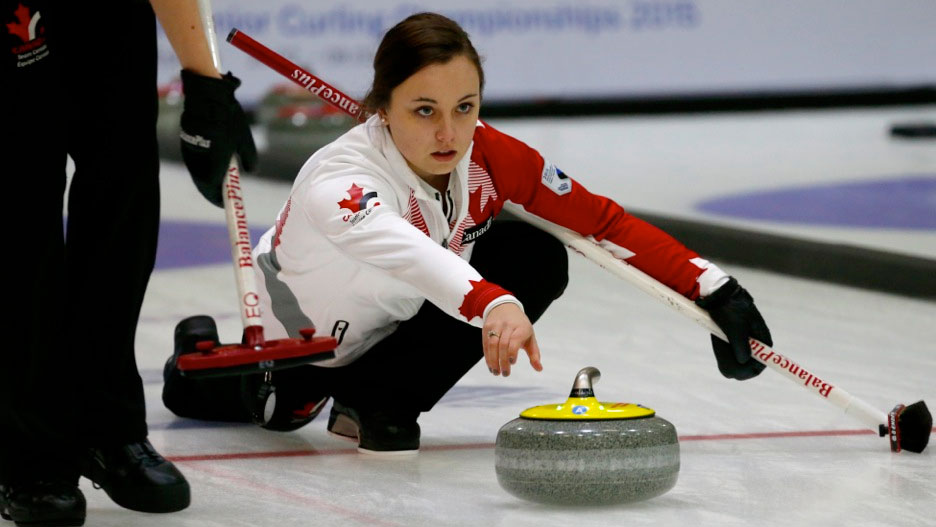 After just missing the podium at last year’s world championship, the men are hoping that second time’s a charm. Back in 2014, Braden Calvert, along with Kyle Kurz, Lucas Van Den Bosch, Brendan Wilson and coach Tom Clasper, had a heart-breaking loss to Norway in the bronze medal game. This year, the original four players are back with the added experience of 2013 world juniors bronze medallist Colton Lott at the alternate position.

The Canadian women have been dominating the competition this week, now sitting alone at the top of the scoreboard at a perfect 5-0 with wins over Czech Republic, U.S.A., Russia, Sweden and England. 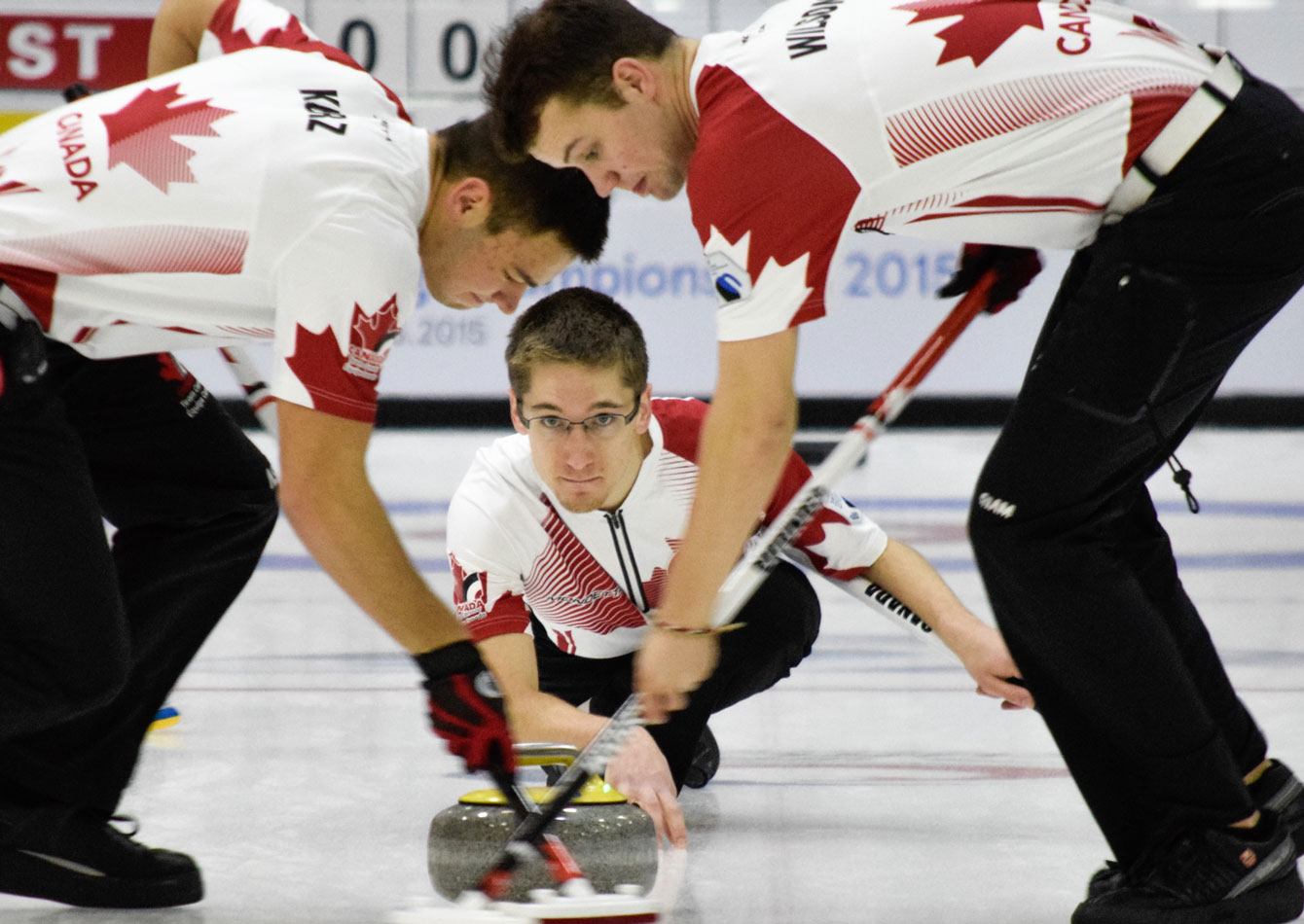 Team Canada men off to a 4-1 start through Tuesday at the World Junior Curling Championships. (Photo: WCF/Patrick Fulgencio)

The Canadian men have also been a powerful force this week with only one little blip to their record with a loss to Russia. At time of writing Canada sits at 4-1, after wins over Norway, U.S.A., Sweden and Italy.

This edition of the World Junior Curling Championships is unique, as it is the first time that the top junior curlers and figure skaters will be competing concurrently at under the same roof. The ISU World Junior Figure Skating Championships 2015 will be taking over one of the rinks, as the curling competition heats up on the other ice pad.

Curling world juniors by the numbers

23,000– Amount of water in litres needed to create the pristine curling ice (on top of the hockey ice!)

6,906 – Number of kilometres from Edmonton (home of the women’s team) to Tallinn

6,773 – Number of kilometres from Winnipeg (home of the men’s team) to Tallinn

60 – Number of active curlers in Estonia

Interested in checking out some of the curling action? The World Junior Curling Championships will be broadcast on the World Curling Federation’s YouTube channel.