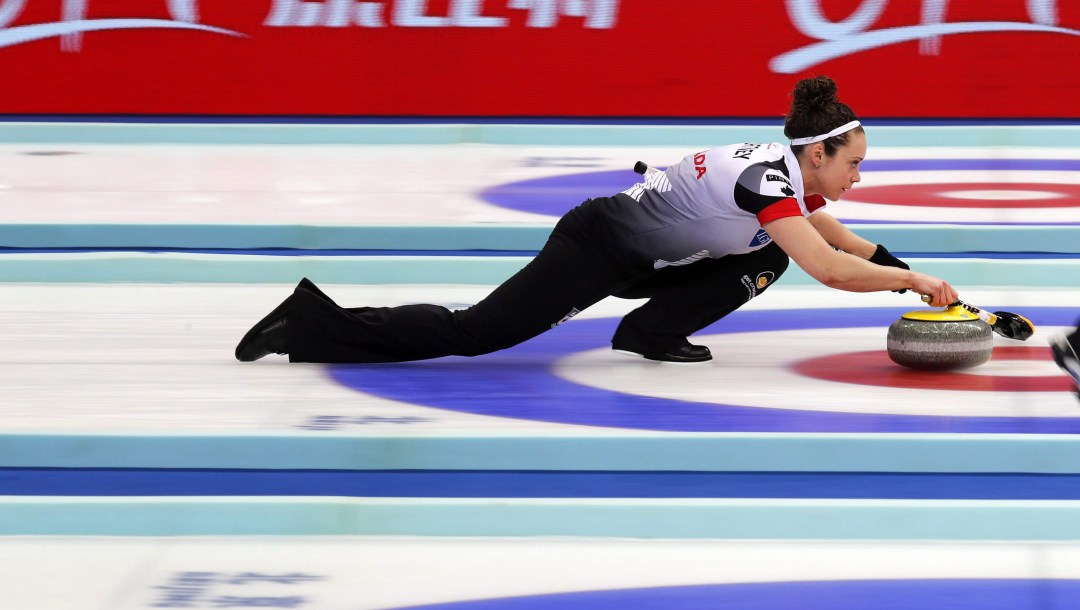 Joanne Courtney was the second on the team skipped by Rachel Homan that won gold at the 2017 World Women’s Curling Championship. The team also featuring third Emma Miskew and lead Lisa Weagle won Canada’s first world title in women’s curling since 2008, ending the country’s longest ever drought. They also became the first team in the 39-year history of the women’s world championships to post an undefeated record, going a perfect 13-0.

Courtney had a doubly successful 2016-17 season, winning the Canadian mixed doubles title with Reid Carruthers by defeating Homan and John Morris in the final. The duo went on to capture silver at the world mixed doubles championship.

Courtney joined forces with Homan, Miskew and Weagle for the 2014-15 season and they won bronze at the Tournament of Hearts. The year prior, she had made her debut at the national championship, winning silver as the third for Val Sweeting.

A little more about Joanne

Getting into the sport: Started curling at age 7… Was a skip in her first two years of competitive curling when she was 11 and 12 but says she was terrible… Quit that team at age 13 and went back to a recreational league before being picked up by a team for an Alberta Winter Games regional competition and started playing on the front end… Had her first taste of success at the provincial level at age 15… Outside Interests: Completed her bilingual Bachelor of Science in Nursing in 2011… Now a registered nurse for Alberta Health Services, working in dialysis… Enjoys going for long walks with her dog, reading… Odds and Ends: Had to change her delivery after joining Team Homan, which was a struggle at times as the new technique didn’t feel automatic… Had her Olympic dream sparked by watching Cheryl Bernard’s team win the Canadian trials in 2009 and the silver medal at Vancouver 2010; wanted to be part of a team that displayed that kind of cohesiveness and love for the game while competing on the world’s biggest stage… Favourite motto: Today I will do what others won’t so tomorrow I can do what others can’t… Looked up to Marcel Rocque as a premier front end player and has received guidance from him over the last 10 years…