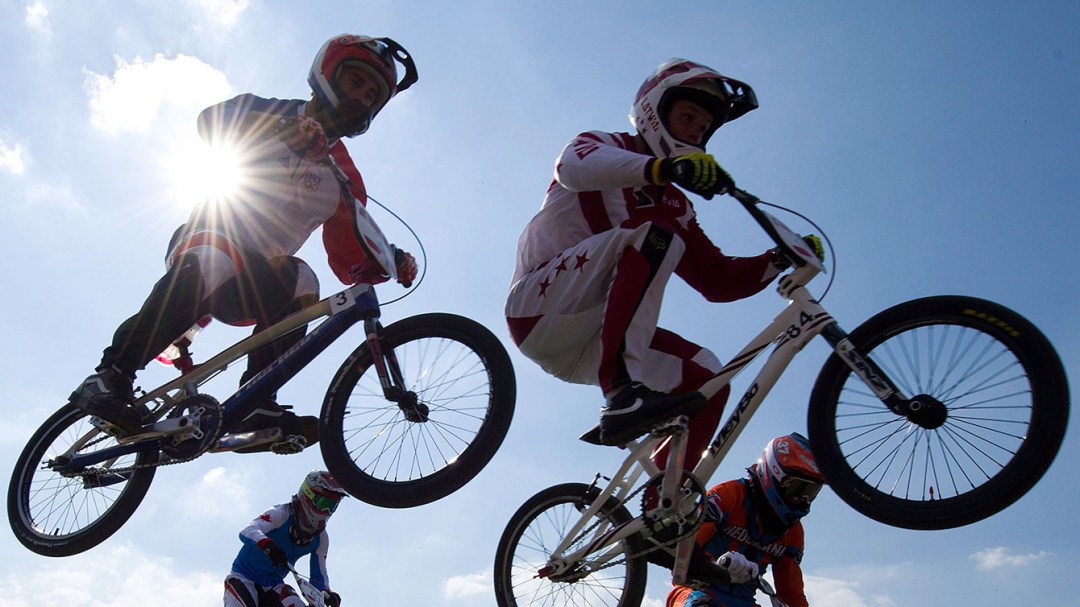 It’s not your little brother’s bike.

Olympic BMX riders perch on carbon fibre frames and plunge down starting ramps at obscene speeds, whipping the pedals into full contact, shooting for the lead at the ‘first kink’.

Zero to 60 in seconds

National team rider Jimmy Brown hits 60 km/h in the first two seconds of his race, and this is critical according to Canadian coach Ken Cools, “You’re going 60 kilometres per hour by the time you hit the first jump which is 40 feet big, if you don’t have the guts to do it you’re not going to go anywhere,” he says. 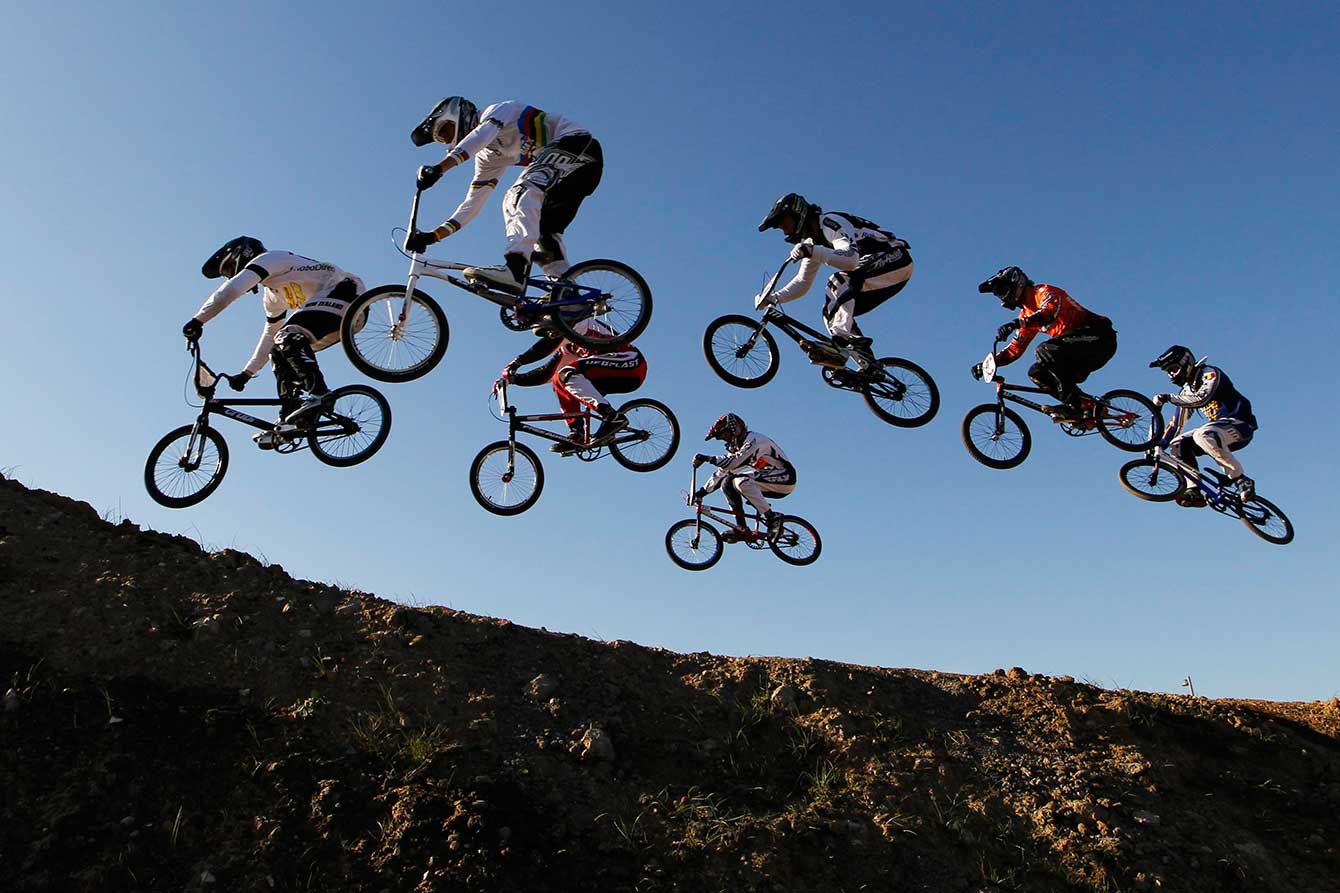 Riders take a jump at Olympic Park’s BMX Track in London, during a Supercross event in 2011.

Similar to other gravity-aided explosive sports (bobsleigh, ski cross) the start is everything. The ‘kink’ is the first drop-off on the starting hill. Arrive there ahead of the pack and Brown stands a good chance of winning a race. To do so, he has to put out unbelievable power. “Most of these guys can out squat anybody at any gym at any given time,” says Cools.

World-class riders like Brown, or 2012 Olympian Tory Nyhaug will spend three hours on the track three times per week to work the technical aspects on the bike. Add three gym workouts and a variety of cross-training sessions, including run training.

“It’s a contact sport, there’s a lot of hitting in the turns you need to be able to hold your own” – Ken Cools, BMX coach

You either have it or you don’t

“The fear…you just have to turn it off, you can’t be scared to ride on these tracks they’re just so big and gnarly,” says Brown, who is currently riding the UCI BMX Supercross tour, with a broken bone in his leg.

He missed all of 2012, including the Olympics, with a shattered wrist. In 2013, it was a broken collarbone that slowed him up. “Injuries happen to everyone, you just have to deal with it,” comments Brown who is now ‘relatively healthy’ and works with sport psychologist to “turn the fear off”. He uses breathing techniques and calming words before dropping in.

Some kids are just fearless to begin with, “I’ve seen kids at four or five years old that you just know will make great BMX’ers because they just don’t care,” says Cools, who notes BC and Alberta as the leading provinces for BMX talent. Both Brown and Cools are from Airdrie, half an hour north of Calgary where BMX tracks are easy to find.

If you find yourself at a track, anywhere in Canada and on a bike…now you know what you’re getting into.