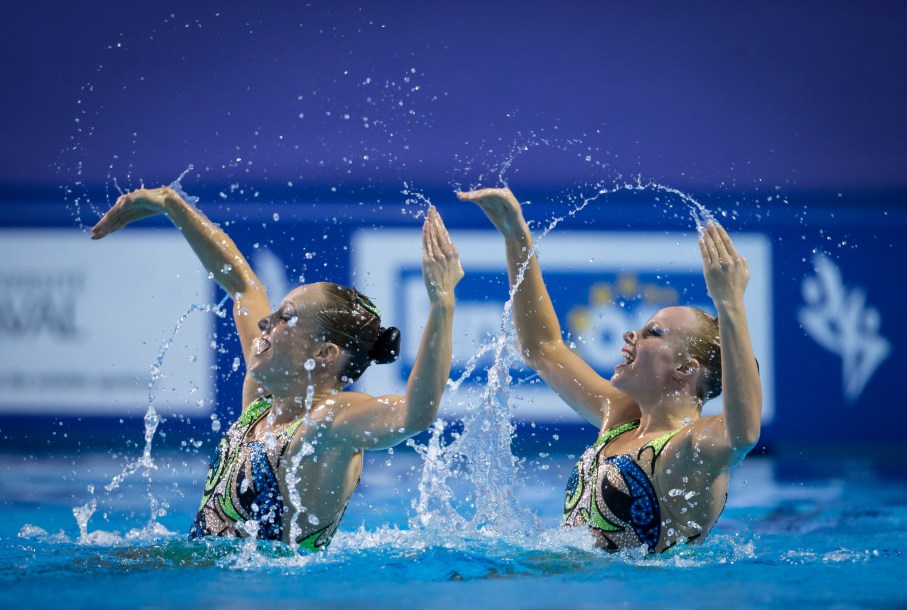 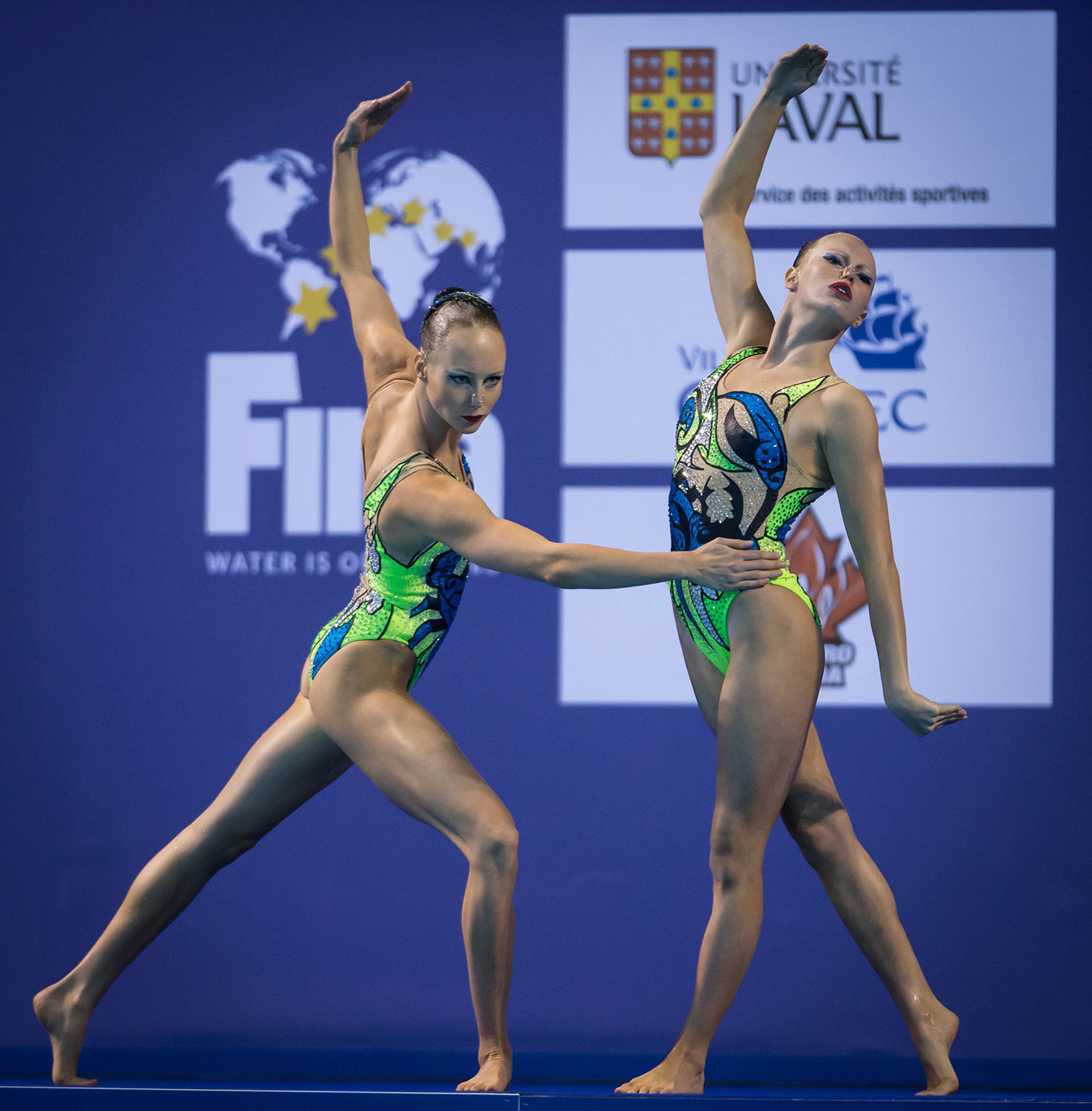 Synchro Canada’s Centre of Excellence at Montreal’s Olympic Stadium hosted the test trials for the Pan Am Games at the end of April.

Get tickets to synchro at TO2015

In the duet competition, Olympian Karine Thomas will compete with the team’s youngest member, 18-year-old Jacqueline Simoneau. Thomas is the sole veteran of the group and only returning member from the Guadalajara 2011 Pan Am gold medallist team. This will be the pair’s first time competing as a duet at the games, but they’ll look to defend the Pan Am title and earn a berth for the Rio 2016 Olympic Games.

“Jackie and I are a strong and dynamic team,” said Thomas.” We are eager to prove ourselves amongst the best in the world in the lead-up to this summer’s FINA World Championships and beyond.”

Team Canada celebrating their win at the Pan Am Games in Guadalajara, 2011.

Synchronized swimming has won a total of 33 Pan Am games medals, including seven gold.