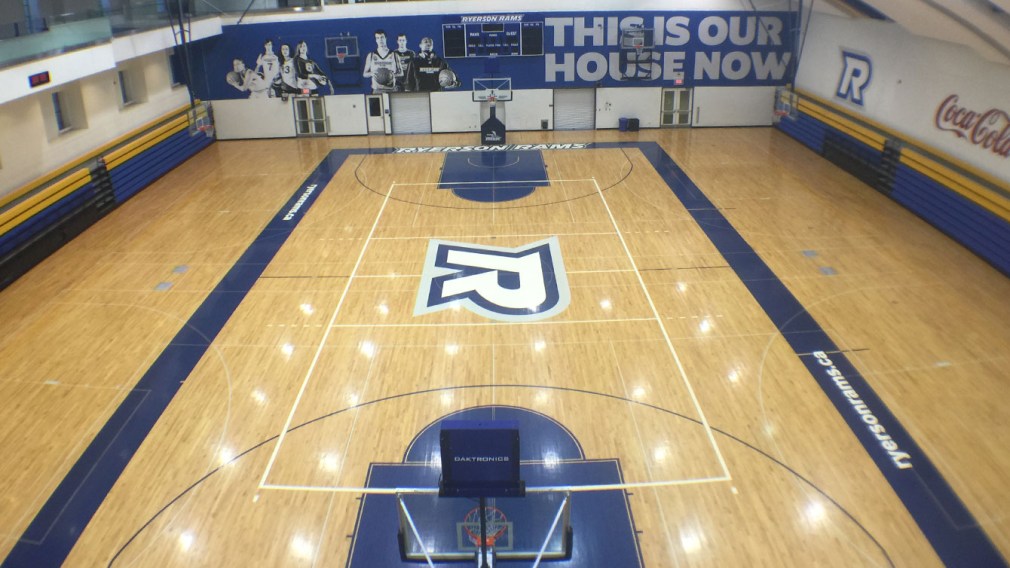 Venue Guide is a series looking at the competition grounds for the Toronto 2015 Pan American Games.

Toronto’s ‘Cathedral of Hockey’ is now the gloriously renovated home to Ryerson Athletic Centre and the site of basketball for TO2015.

They’ve really done well with the place. Formerly Maple Leaf Gardens, the space is now divided into four distinct levels with an NHL-size rink suspended on the third floor. This is where TO2015 basketball will happen. Well, not on the ice, the tournament will look more like this:

It’s a really sweet facility, and a serious plus for Ryerson students. The second-level features a large fitness facility and the main basketball court where the CIS team plays. The hallways are fresh and glossy, but the retrofit has maintained that old-time hockey charisma with certain finishing like vintage photographs and relics hanging from the walls. And there is basketball history here: according to the TO2015 website this is where the first-ever professional league basketball game was played, way back in 1946.

Here’s a 360 look where the court will be placed:

And the basketball court below:

Here’s a high-speed tour of the Ryerson Athletic Centre:

Venue Guide: Basketball invades Ryerson Athletic Centre
World Juniors: Remembering the 2005 “All-Star” team
Shuttlecock and balls: The fastest moving objects in sport
What is the difference between racquetball and squash?
Getting vertical: The highest jumps in sport
Korea 101: Korean Customs and Traditions