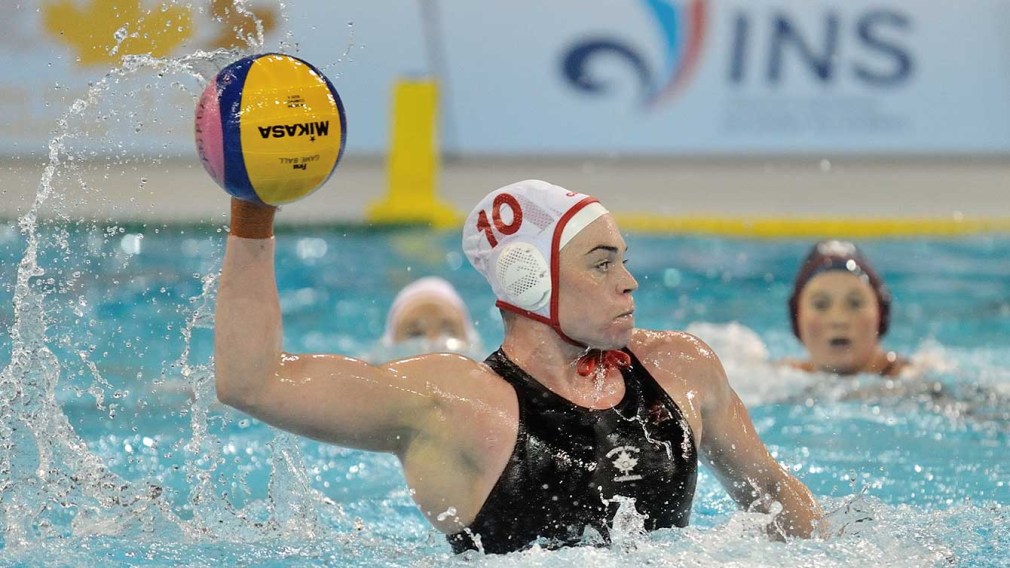 With 43 days before the Opening Ceremony of TO2015, the women’s water polo team has been nominated as Thursday’s second set of pool-loving athletes.

RELATED: Markham Pan Am Centre
RELATED: Water polo is like geniuses wrestling in a pool

The team is made up of 13 players including attackers Krystina Alogbo, Joelle Bekhazi, Monika Eggens, Shae Fournier, Dominique Perreault, Stephanie Valin, and Emma Wright. The three centre or utility players are Carmen Eggens, Katrina Monton, and Christine Robinson. Filling the back-end will be defender Jakie Kohli with goaltenders Jessica Gaudreault and Claire Wright. 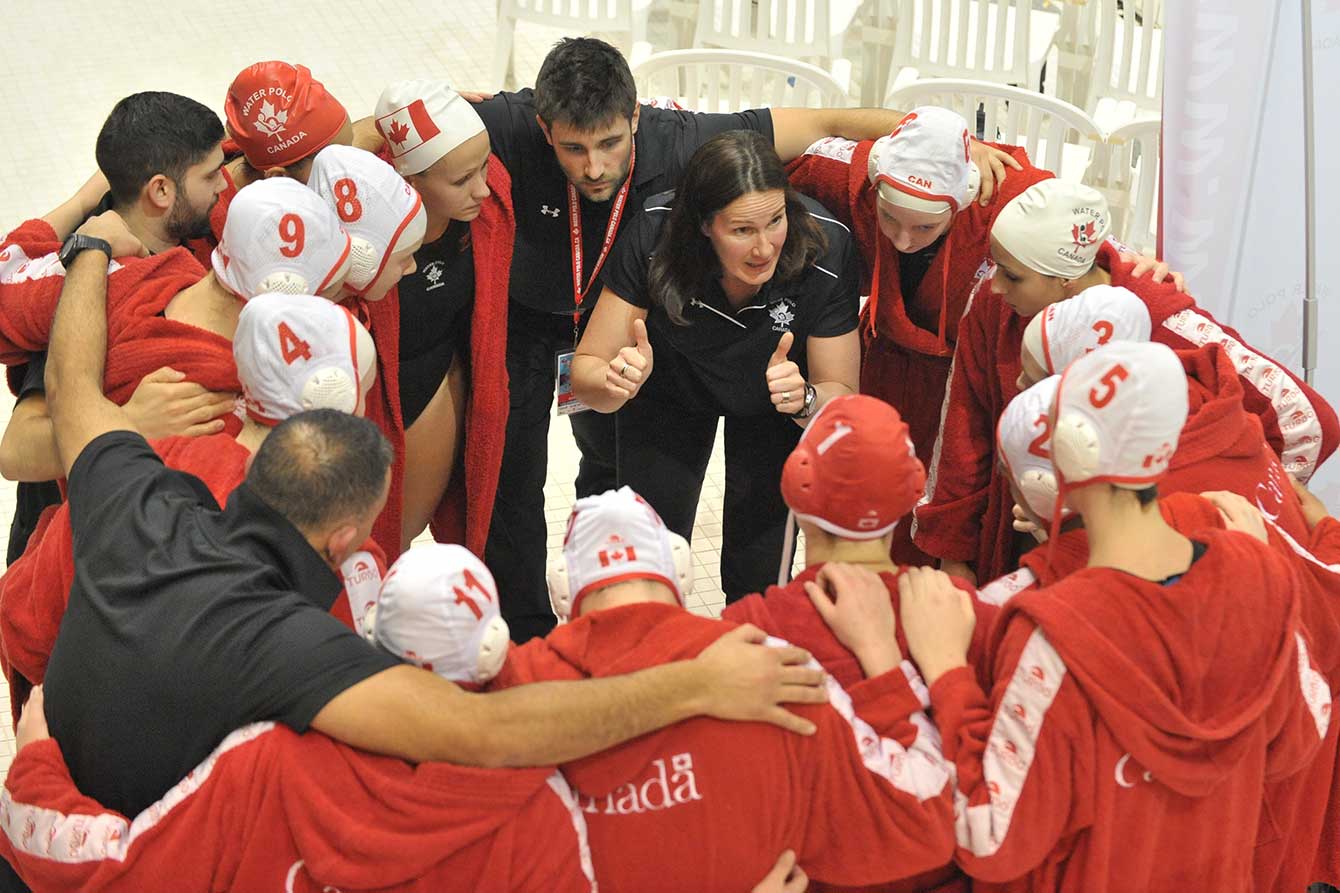 The team huddles up at the UANA Cup in January.

The team features two sets of sisters. Carmen and Monika Eggens are from Pitt Meadows, BC while Lindsay, ON is the hometown of Claire and Emma Wright.

RELATED: TO2015 athletes as nominated

Two-time Olympian and head coach Johanne Bégin will lead her team through a crucial preparation stage ahead of the FINA World Championships, which will commence in Kazan, Russia at the end of July. The Pan Am Games tournament is not an Olympic qualifier for women. 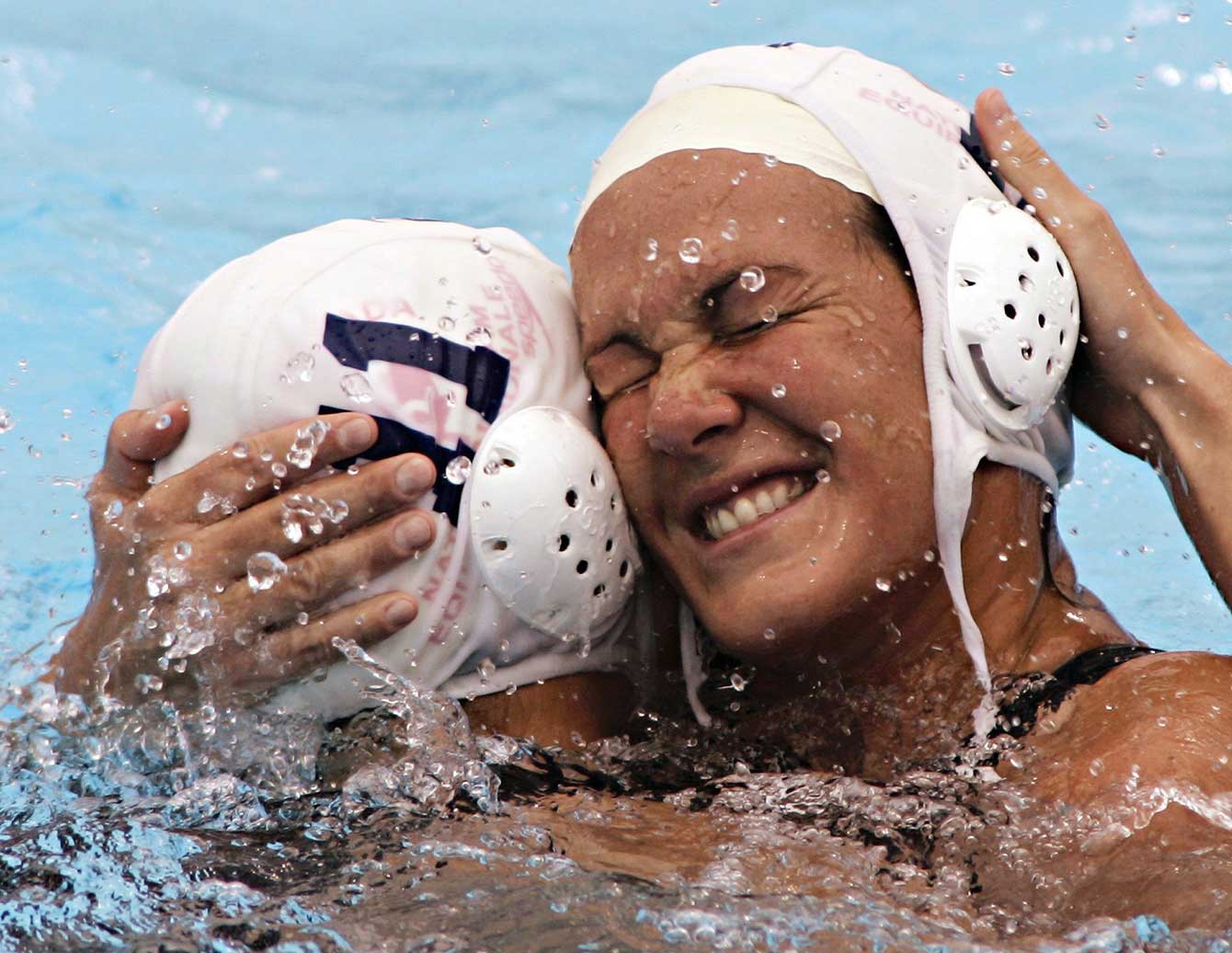 As an athlete Bégin won two of Canada’s four-straight Pan Am medals since the sport debuted at Winnipeg 1999. She will be assisted by coaches Justin Oliveira and Giovanni Puliafito.

Most recently, Canada earned silver, falling to the United States 27-26 in shootouts at Guadalajara 2011. 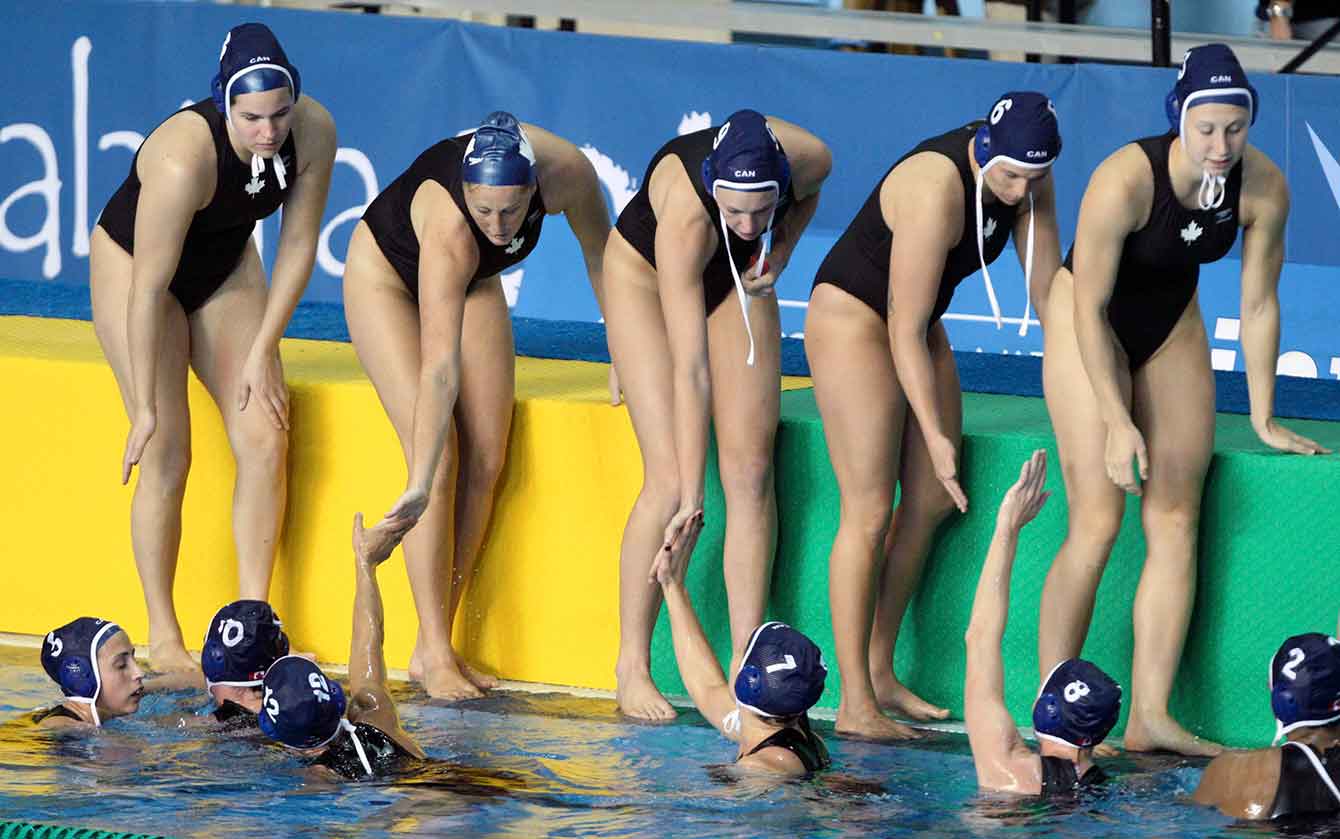 Canada’s women’s water polo team celebrates their win over Cuba 15 – 9 in the semi final at the 2011 Pan American Games in Guadalajara, Mexico on Wednesday, Oct. 26, 2011. THE CANADIAN PRESS/STR-COC/Mike Ridewood