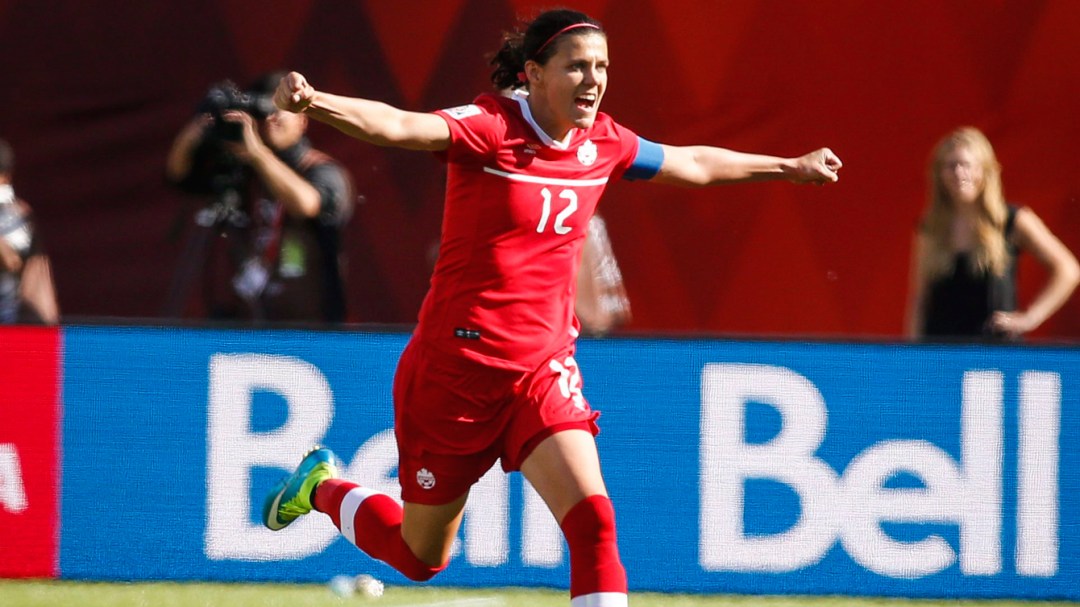 A stoppage time goal by Christine Sinclair gave Canada a 1-0 win over China at the FIFA Women’s World Cup opener on Saturday in Edmonton.

While the match looked likely to end in a scoreless draw, a foul against Adriana Leon by Zhao Rong of China a minute into injury time set up Sinclair for the chance to give Canada the victory.

A low, hard shot past Chinese goalkeeper Wang Fei’s right arm from an ice-cool Sinclair gave Canada its first goal and win to start the 2015 edition of the quadrennial tournament. The strike lifted the host country but it looked unlikely for much of the day when a spirited start gave way to a dour second half. 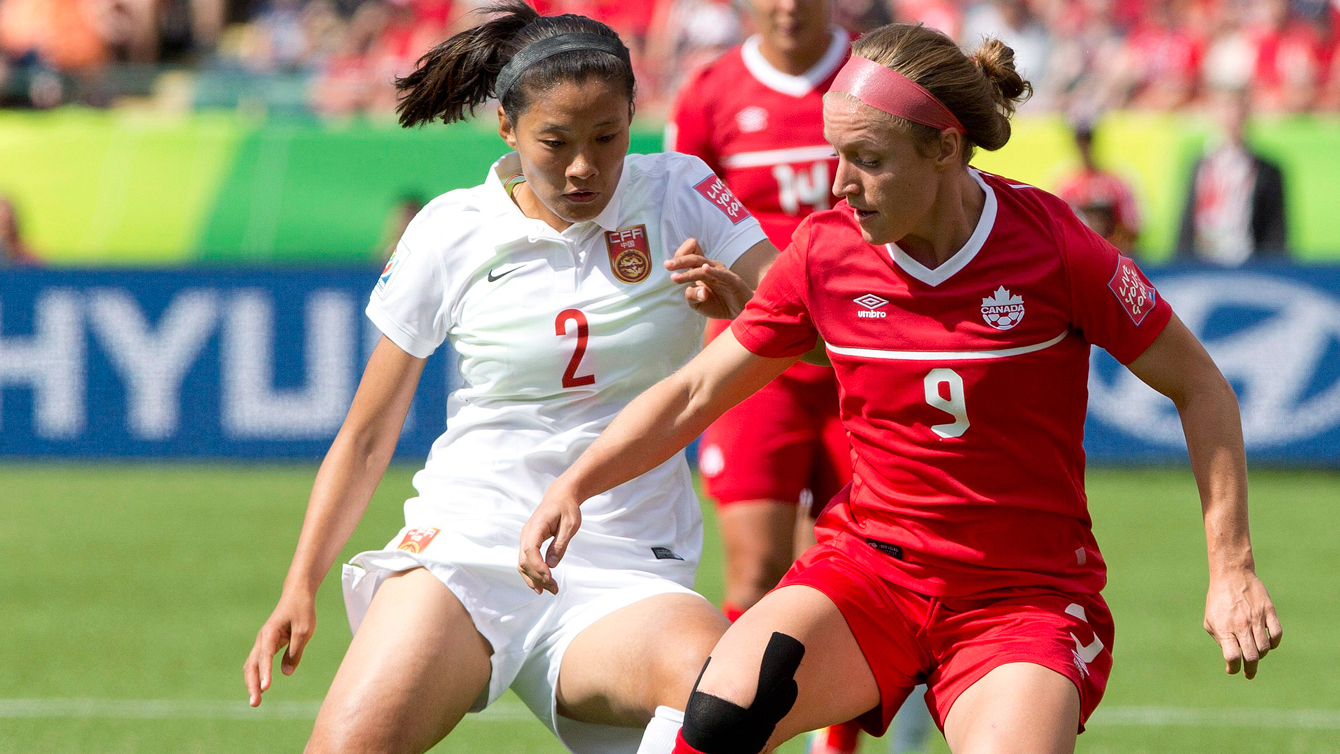 Josee Belanger of Canada protects the ball from Liu Shanshan of china at the FIFA Women’s World Cup on June 6, 2015.

With 53,058 announced supporters – mostly Canadian – ready to erupt as the long-anticipated tournament kicked off on Canadian turf, the home team wasn’t able to provide the spark required to ignite the fans’ fire until the end of regulation.

Canada though, wasn’t short on chances in the early going.

A free kick in the third minute from Sophie Schmidt from the left channel found Kadeisha Buchanan at the back post. The Canadian backliner in an advanced position got two shots at goal, both attempts stopped by Chinese goalkeeper Wang Fei, coming off her line to stymie the second hit.

Five minutes later, Sinclair got behind the last Chinese defender at the end of a searching ball from Melissa Tancredi. The Canadian sport icon took the ball on a single bounce, firing toward the far post but off target. 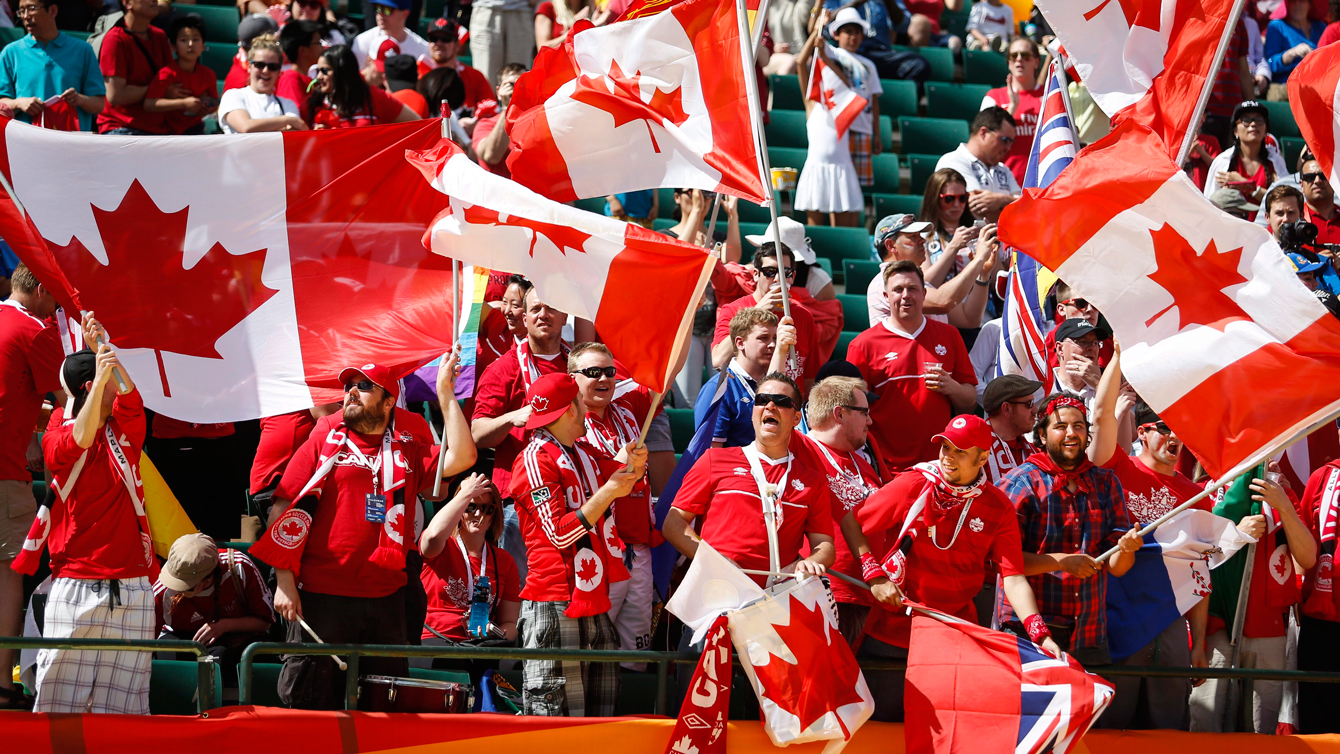 Canada fans gather in Edmonton ahead of the Women’s World Cup match against China on June 6, 2015.

After that initial spell, Canada seemed to lose its imagination, and coupled with defensive miscues soon found itself in danger.

At the 19th minute Chinese forward Gu Yasha nearly capitalized on an errant back pass from Lauren Sesselman. Fortunately, the defender was rescued by her goalkeeper Erin McLeod, sprinting off her line to smother the giveaway.

Four minutes later, a mistimed tackle by Desiree Scott set up China for a free kick on McLeod’s right from 30 yards. Wang Lisi stepped up and nearly scored the first goal of the 2015 World Cup. Unfortunately for the midfielder, although she clearly beat McLeod, she also hit both uprights without the ball crossing the line and the match remained level. 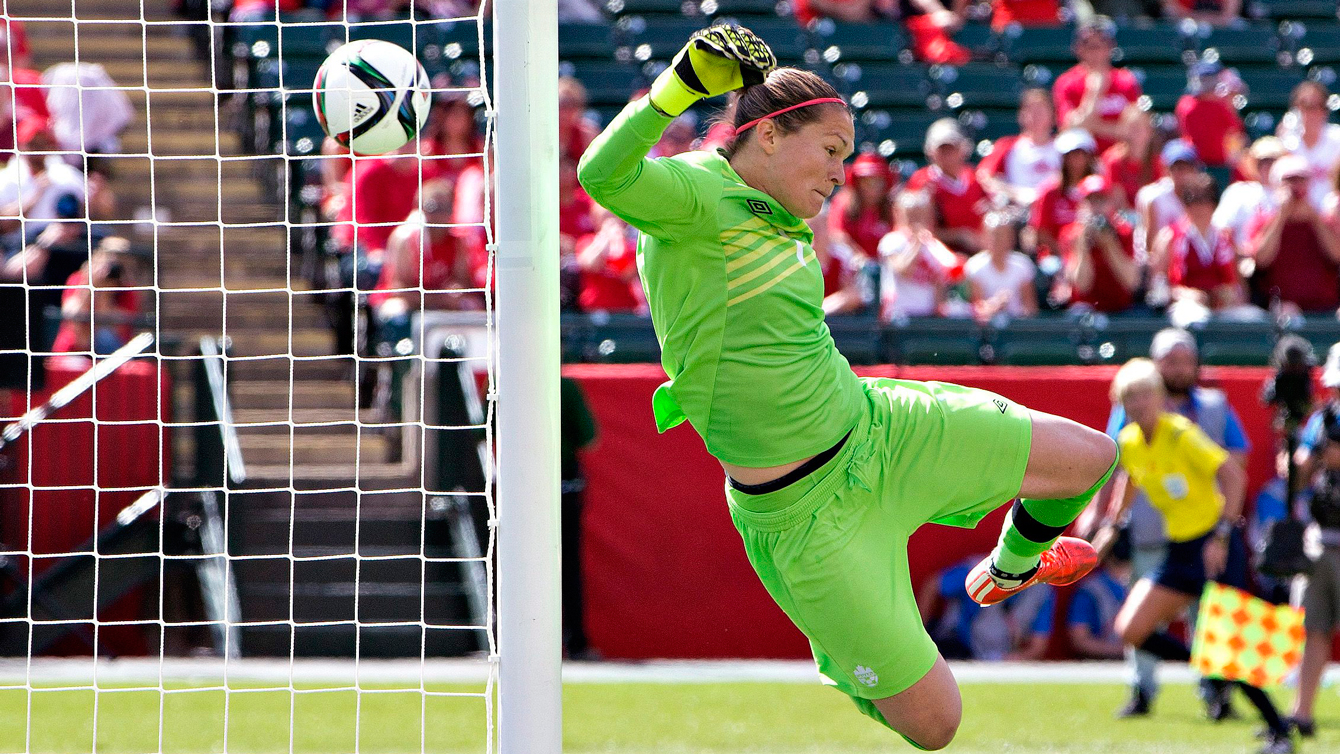 Canada goalkeeper Erin McLeod is beaten by a Wang Lisi free kick, but rescued by the uprights during FIFA Women’s World Cup on June 6, 2015.

Canada ventured forward again with Josee Belanger hitting the crossbar from a long-range effort at the 27th minute and a little later, a series of Canadian attempts were blocked by an organized Chinese presence inside its penalty area.

The second half simply didn’t provide much excitement for a restless crowd looking for any reason to celebrate. Inside the final 10 minutes Sinclair placed a low shot on target that was comfortably stopped by China’s keeper, and a few seconds later Schmidt sent a screamer wide from the right side.

China too only ventured forward cautiously after the intermission, content with conceding possession – Canada had roughly 62% of the ball – and staying compact to deny Canada too many open looks. 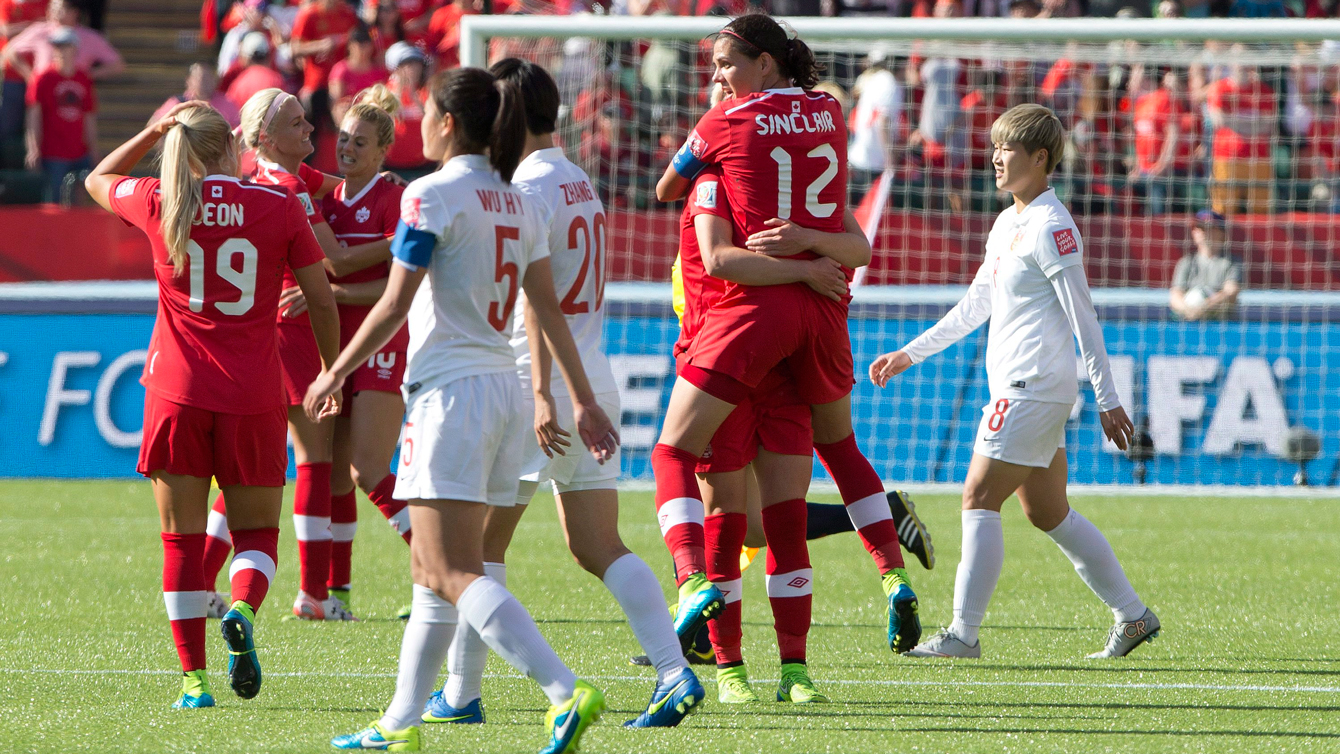 Canadian players celebrate beating China at the opener of the 2015 FIFA Women’s World Cup on June 6, 2015.

Leon entered the match at the 77th minute for Tancredi. The forward was knocked about with a forearm inside the box with the match in injury time, and the referee pointed to the penalty spot on a call that will likely be questioned by China.

Sinclair stepped up and buried the ball past the Chinese keeper, who had guessed correctly to her right but couldn’t do enough to keep the score level.

Canada’s next match will be against New Zealand on June 11.

All photos from The Canadian Press 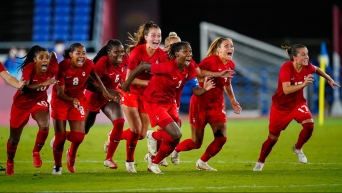