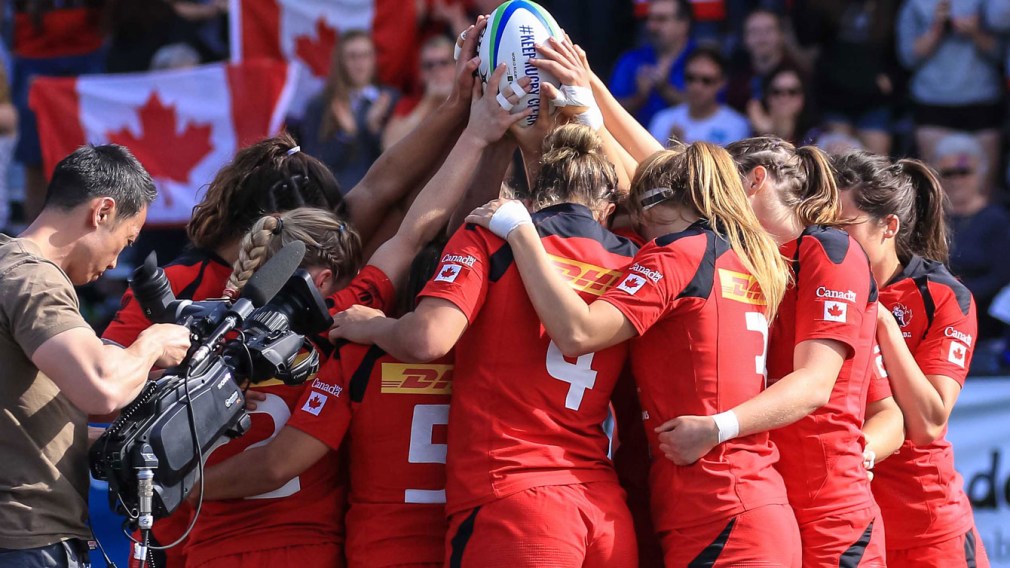 The 12 women named to represent Canada at the rugby sevens Pan Am debut in Toronto 2015 could potentially be the strongest squad in a team sport at the Games.

Coming off a historic Olympic qualification clincher and first-ever World Rugby Women’s Sevens Series cup win, this powerful side will be early favourites for gold on home soil. 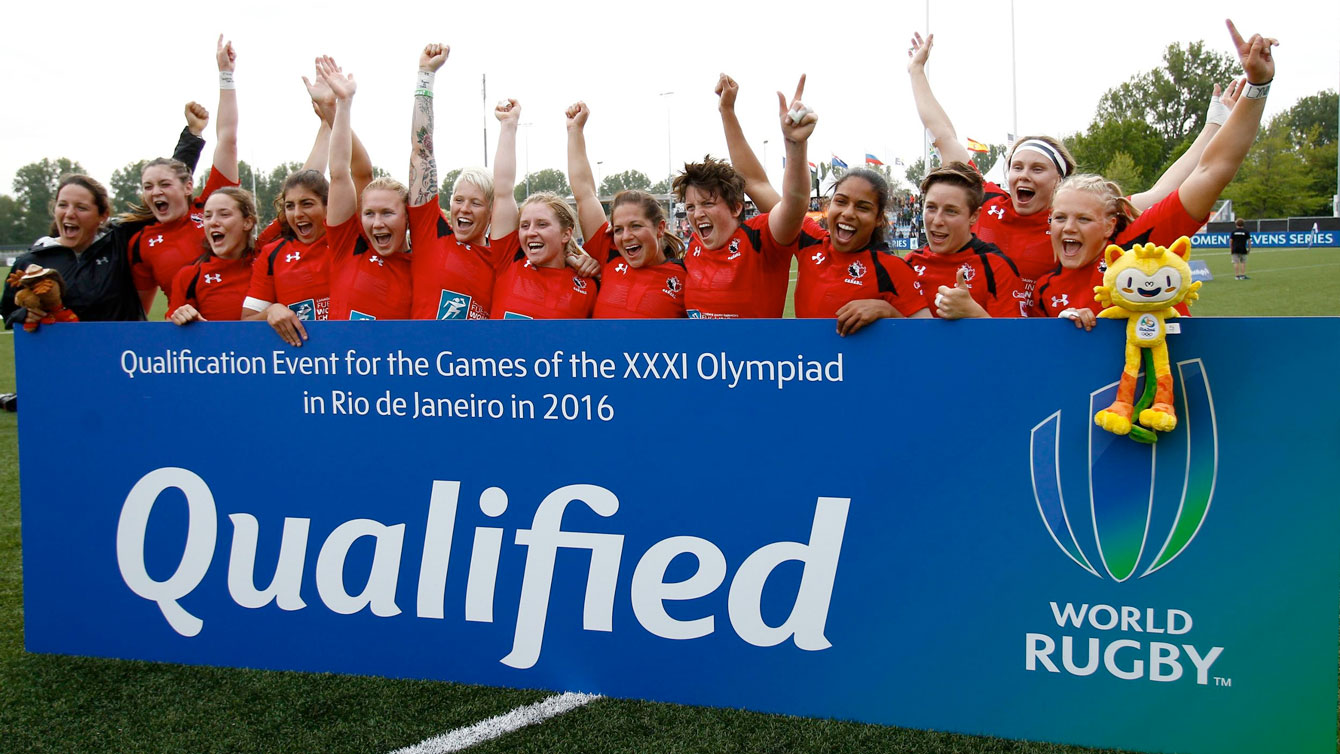 The team includes the engine of the Canadian squad, captain Jen Kish, whose ability to distribute on offence and hold the line under attack provides a tremendous lift to speedy wingers like Karen Pacquin and Magali Harvey, who are deadly with open space going forward.

Canada’s top scorer during the Sevens Series, Ghislaine Landry, will strike fear into opposing Pan Am squads. She was the Sevens Series leading scorer this season, bringing her global fame. 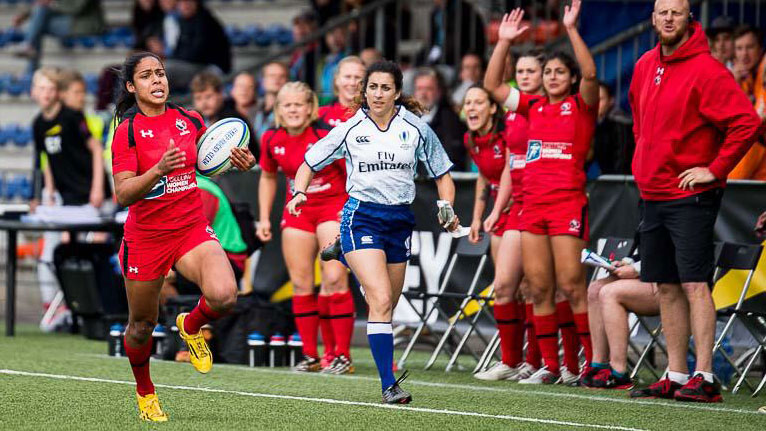 Magali Harvey breaks away against France at the Amsterdam Sevens on May 23, 2015 (Photo: Ron LeBlanc/Rugby Canada).

Speaking of notoriety, Harvey was the international Women’s Player of the Year in 2014 when Canada finished second at the World Cup (15s). The player packs pace like no other in the women’s game and while she was once better suited for the 15s version, Harvey has made a successful transition to the sevens squad that saw her take an increased role on this team.

The women’s matches will begin July 11 at the Exhibition Stadium. Canada will play Colombia, Mexico, Argentina, Brazil and United States in that order before the medal round begins the next day. (Get tickets)