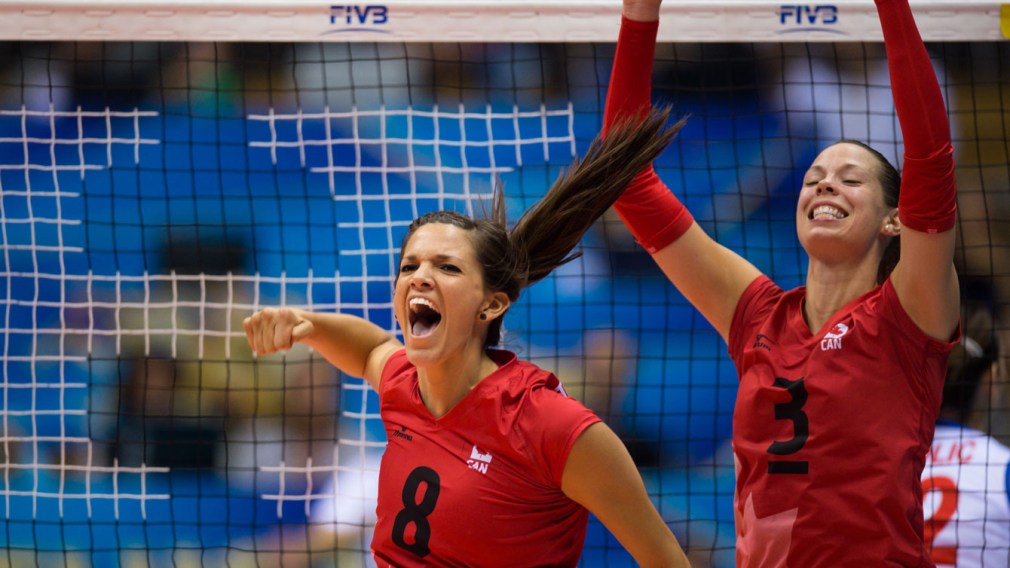 Smashing spikes and more this summer: Volleyball Canada announced 24 athletes to compete for Team Canada at the Pan Am Games.

With six on the court at a time, athletes will block, dig and smash their way through the preliminary rounds in search of podium finishes at the Exhibition Centre (Hall A). The matches begin on July 16 and will carry through to July 25 (women’s medal rounds) and July 26 (men’s medal rounds). 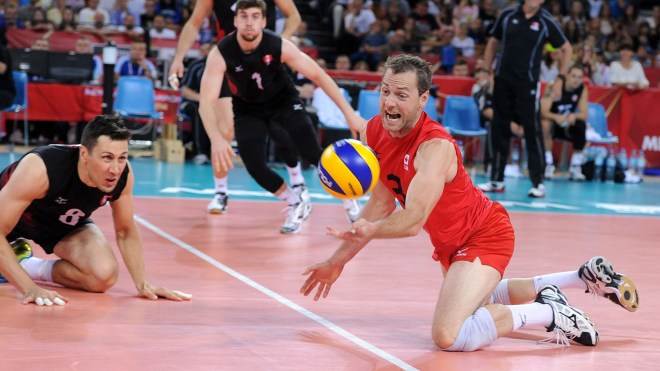 Based in Gatineau, Quebec, the men’s team had a solid start to their season. In May, they beat Cuba twice on the FIVB World League circuit in front of a sold-out crowd in Calgary. A win in Detroit last month at the Champions Cup qualified the squad for the FIVB World Cup in September. The event will be the Olympic qualifier for Rio 2016. The team currently sits at the top of its World League pool. 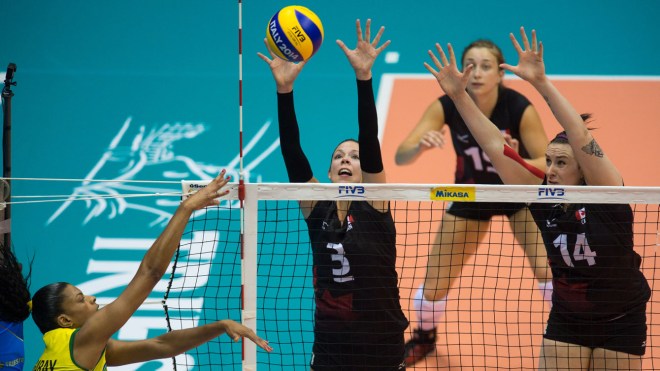 The talented women’s team traveled to Cuba for the Women’s Champions Cup earlier this month. They are currently competing at the Pan Am Cup in Peru, where they won their first three matches. Before arriving in Toronto, the team will compete at the FIVB World Grand Prix tournament.

In 1959, Canadian men made their Pan Am Games debut where they placed 6th. The best result came in Winnipeg 1999 on home soil, where the team beat Argentina to capture the bronze medal. At the Argentina 1995 Games, the women’s team also secured a bronze medal finish as their best result.