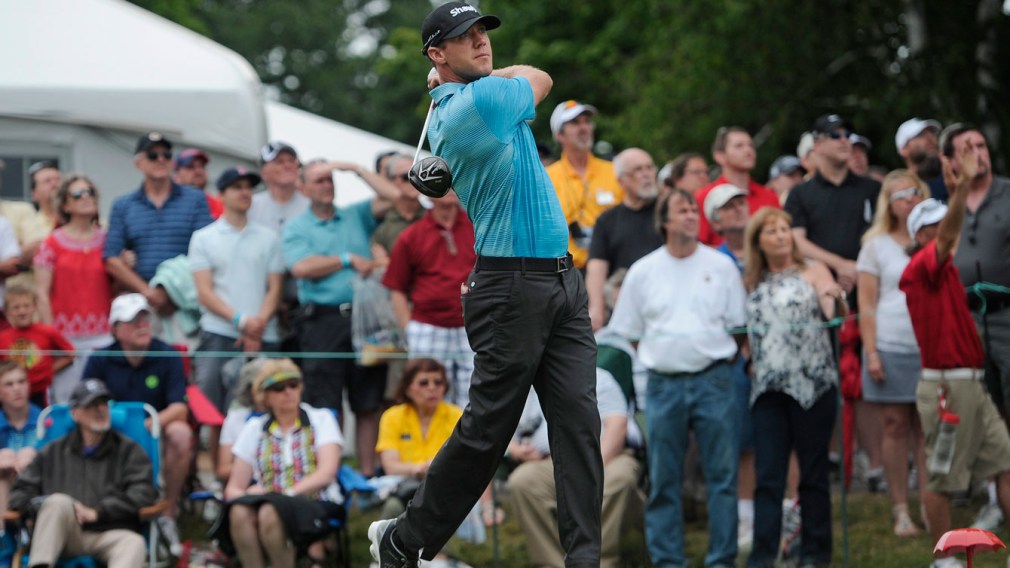 Not since Mike Weir and Stephen Ames had the country buzzing last decade, has momentum been so strong for Canadian golf on the international stage.

This and much more from Canadian weekend sport highlights below: 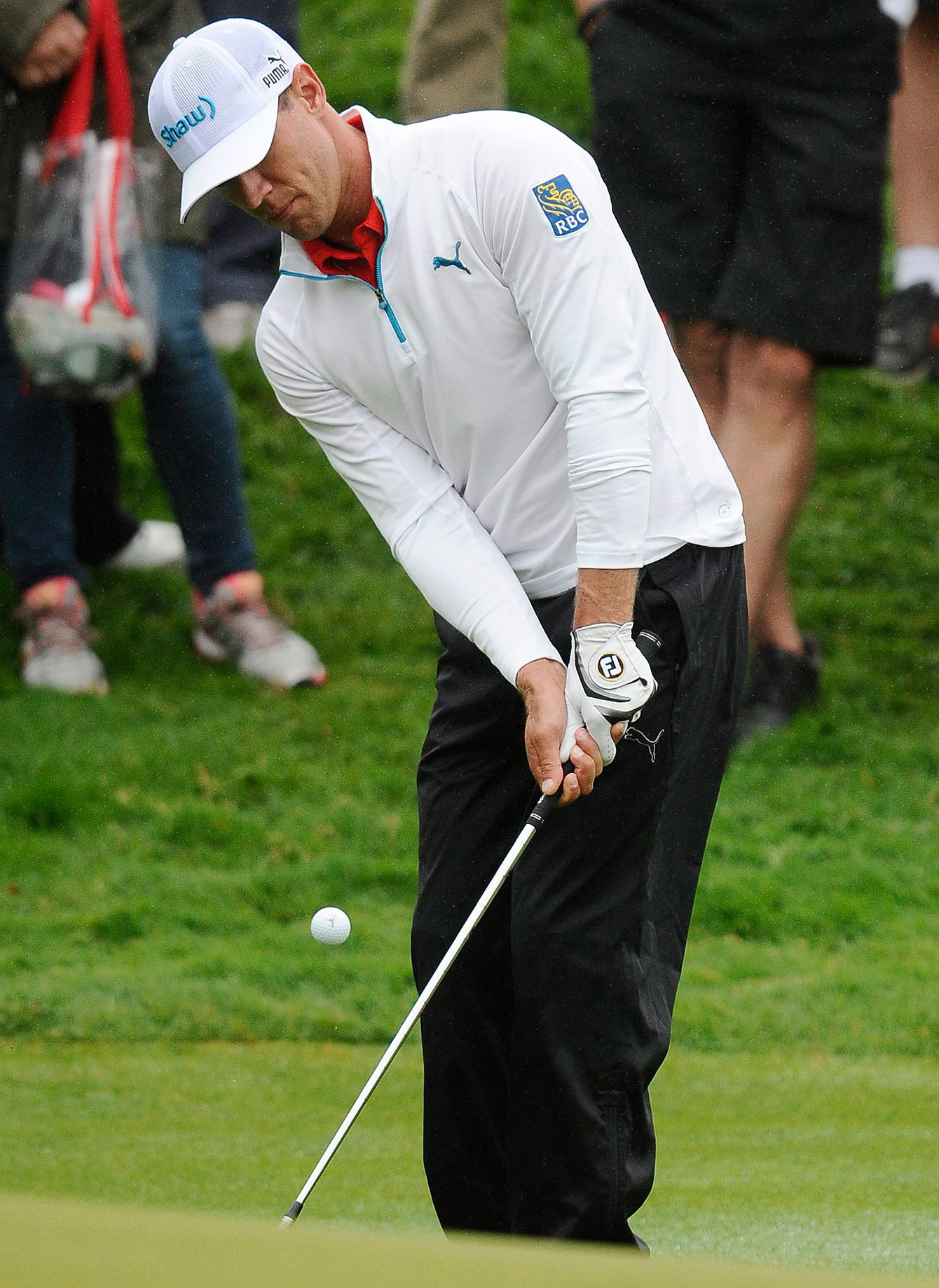 Graham DeLaet at the Travelers Championship in Connecticut on June 28, 2015.

Why is Graham DeLaet not going to the Pan Am Games? One of the reasons is that he is heading to the British Open at St. Andrews in Scotland, taking place from July 16 to 19.

DeLaet finished fourth at the Travelers Championship in Cromwell, Connecticut over the weekend, narrowly missing the playoffs two shots behind the eventual winner Bubba Watson and second place finisher Paul Casey. DeLaet has a strong likelihood of representing Canada on the men’s side when golf returns to the Olympics at Rio 2016. 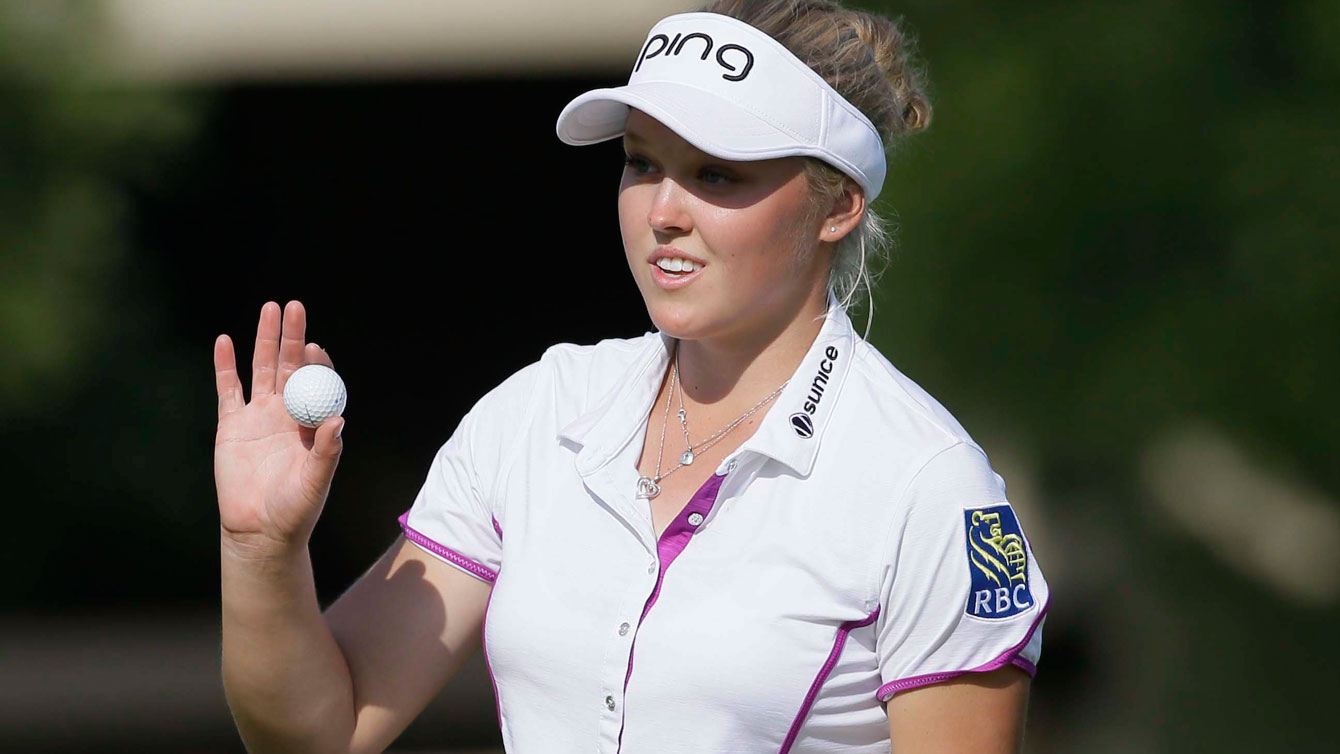 Brooke Henderson at the North Texas shootout, May 1, 2015.

Meanwhile, Brooke Henderson finished third in a Road to the LPGA tournament in Harris, Michigan over the weekend, as the 17-year old continues to test herself in trying to win a place on the LPGA Tour in 2016. A top-10 overall finish in the money list at the Symetra Tour would give the teenager a Tour spot next year. 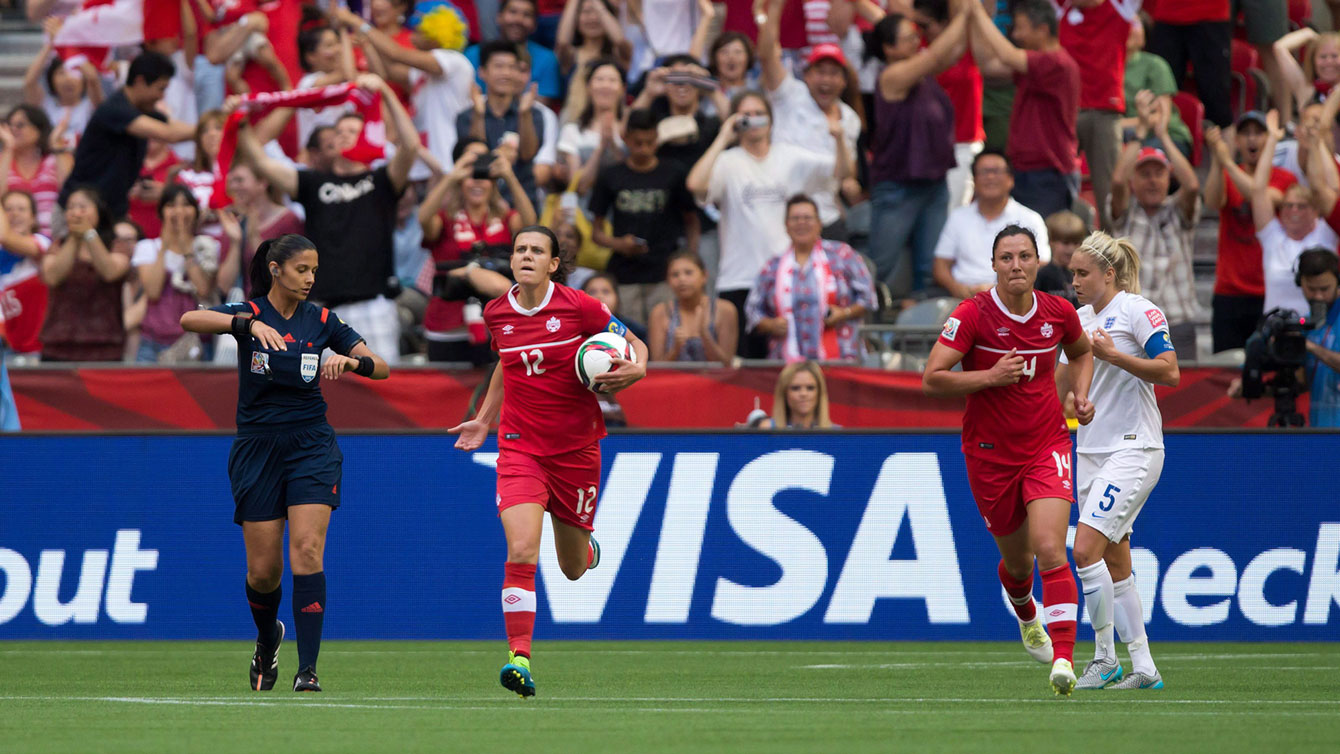 Christine Sinclair picks up the ball after scoring against England and gestures to the crowd to get behind Canada as it attempted to come back against England in a 2-1 FIFA Women’s World Cup loss on June 27, 2015.

Canada was knocked out at the quarterfinals stage of the FIFA Women’s World Cup – the first on Canadian turf – on Saturday due to a 2-1 loss to England. A three-minute spell in the first half was all England needed to take a 2-0 lead that was too much to overcome for Canadians, despite Christine Sinclair pulling a goal back prior to halftime.

Three members of the World Cup team – Kadeisha Buchanan, Jessie Fleming and Ashley Lawrence – will next represent Canada at the Pan Am Games in July.

Get Pan Am Games tickets 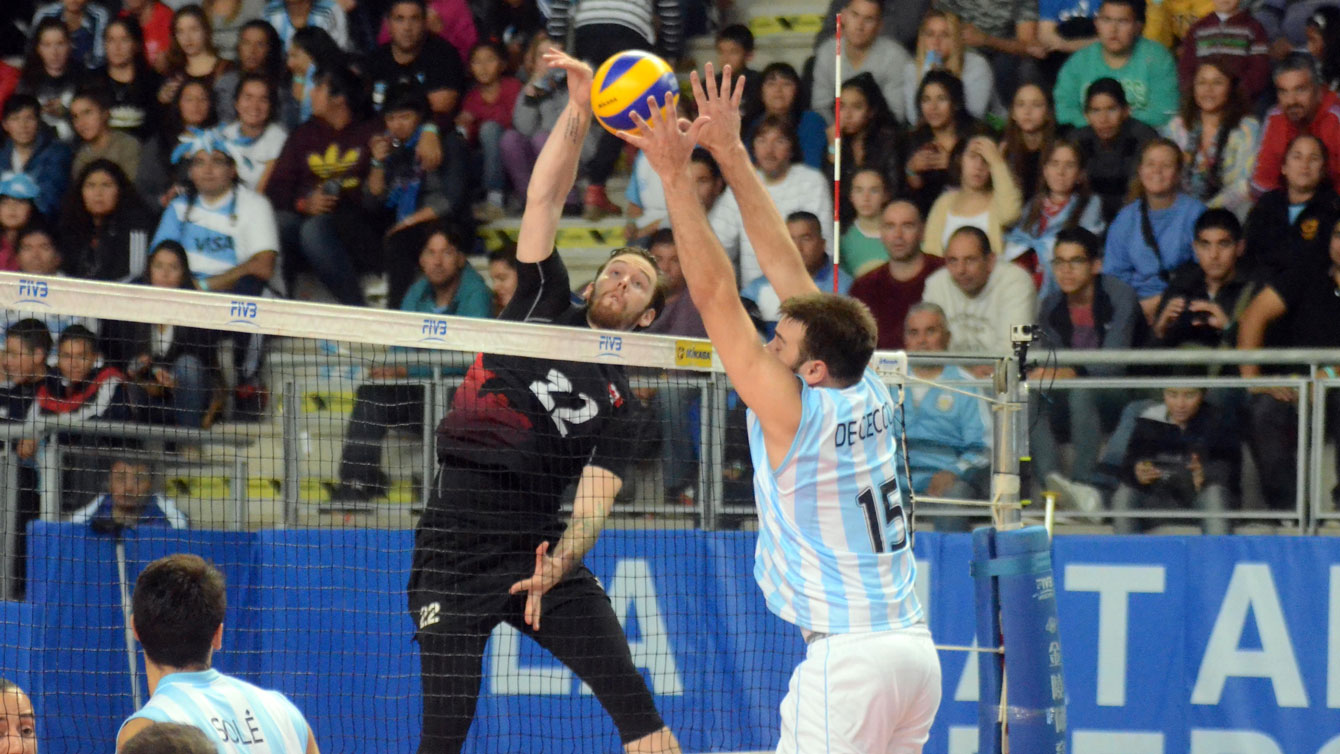 Steven Marshall gets up to hit in FIVB World League against Argentina on June 27, 2015 (Photo: FIVB).

When Canada’s men thought they had Pool C sealed on a Justin Duff spike in the fourth set against Argentina on Saturday, the ball was called out and the South American side soon lived to play another set, taking five of six World League points from Canada this weekend over two nights.

Canada will learn next week whether it moves to the Group 2 finals for a shot at promotion to the elite group after Argentina and Bulgaria close out Pool C play in Europe.

Several swimmers preparing for Pan Am Games had a strong showing at the Fran Crippen Memorial in California over the weekend. At home, others tuned up at the Québec Cup.

Canadian rowers won multiple medals at the Holland Beker Regatta in Rotterdam, including the top prize in the men’s eight. All members of that team – Julien Bahain, Will Crothers, Will Dean, Michael Evans, Rob Gibson, Jacob Koudys, Kai Langerfeld, Conlin McCabe and Tim Schrijver – will be at the Pan Am Games.

Canadian roundup: Graham DeLaet’s qualification leads the way
World Juniors: Remembering the 2005 “All-Star” team
Shuttlecock and balls: The fastest moving objects in sport
What is the difference between racquetball and squash?
Getting vertical: The highest jumps in sport
Korea 101: Korean Customs and Traditions