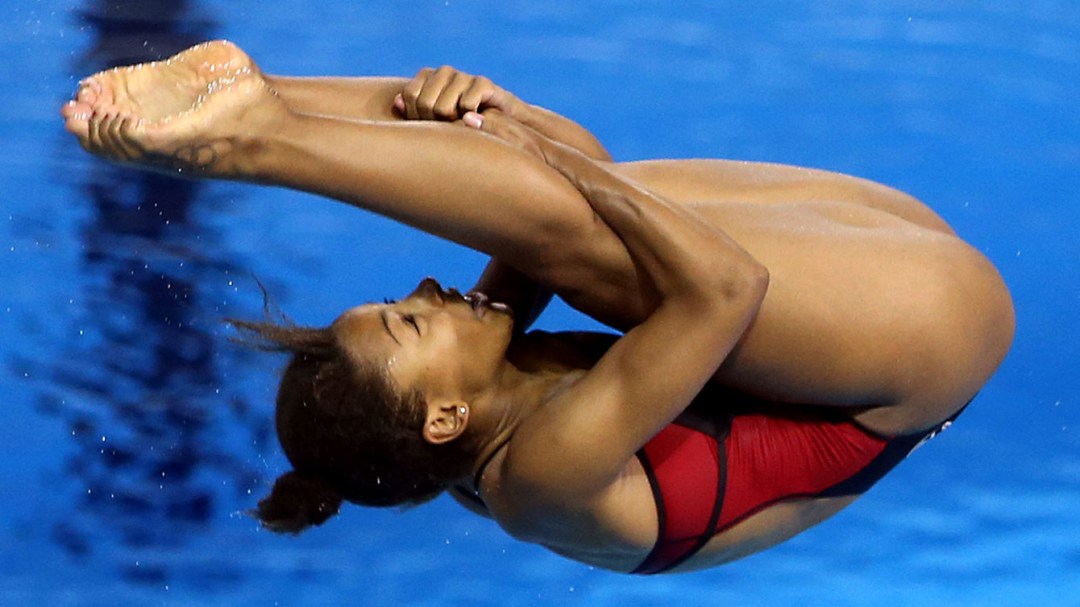 Jennifer Abel delivered the performance of her season, winning 3m springboard gold on Sunday with a lifetime best score. 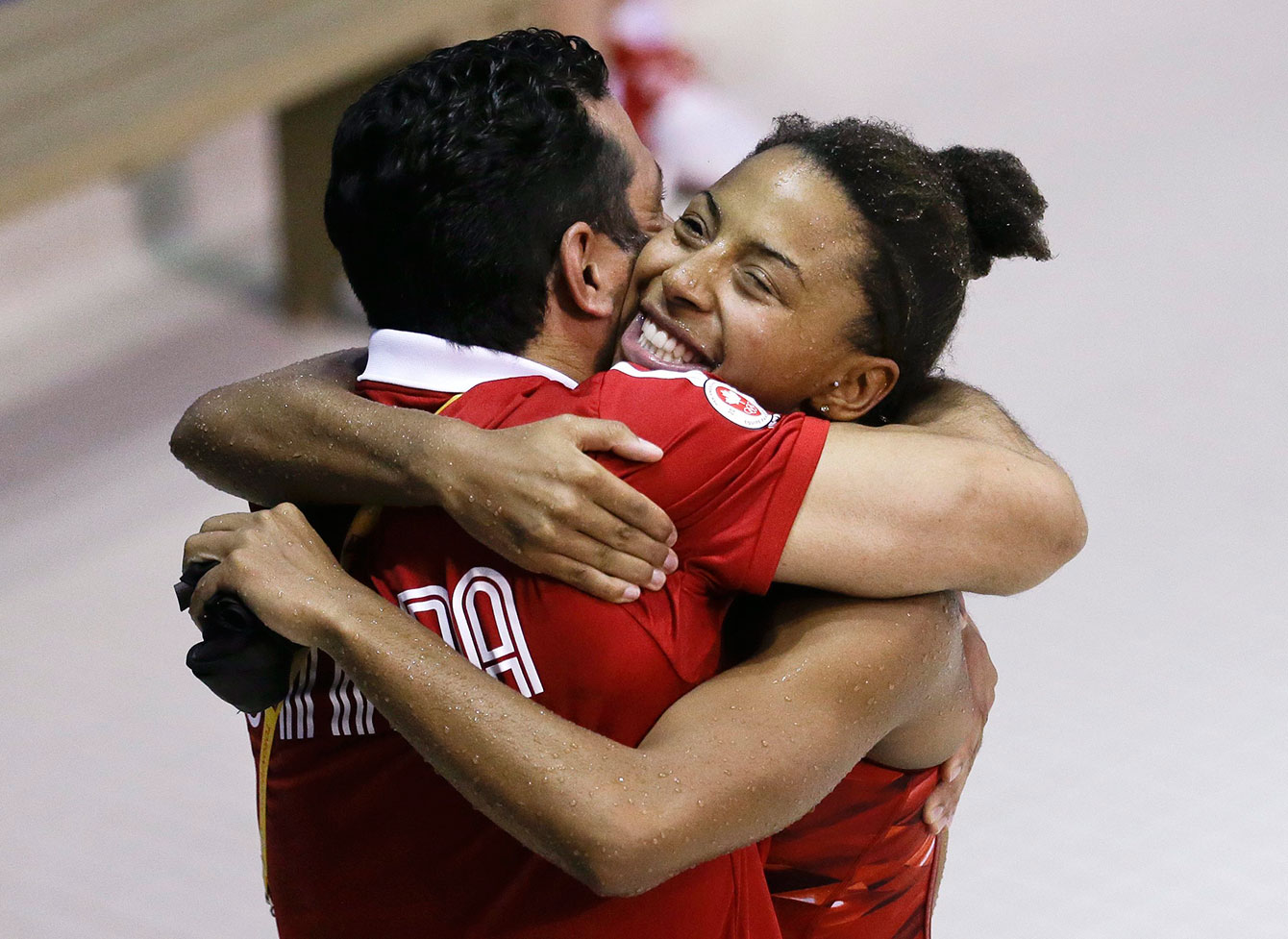 The 23-year-old pulled away from the competition on her third dive, one that had beat her up all season. On Sunday she hammered it. Her score of 86.20 points was almost five points better than she’d performed the forward pike (5154B) all season. “I was telling myself no matter what you have to nail the entry, so that’s what I went for,” said Abel.

In total, she earned 384.70 points, the most of her career. Only Shi Tingmao of China has performed a better five-dive final this Diving World Series season.

It was 1-2 on the springboard for Canada as Montreal’s Pamela Ware finished in the silver medal spot, turning in a consistent performance with 326.00 points. Mexico’s Dolores Hernandez was third with 323.10 points.

“This year hasn’t been my best year,” commented Ware who was a worlds bronze medallist in 2013. She scored 350.25 points to achieve that, but has been in and out of the World Series final this season. 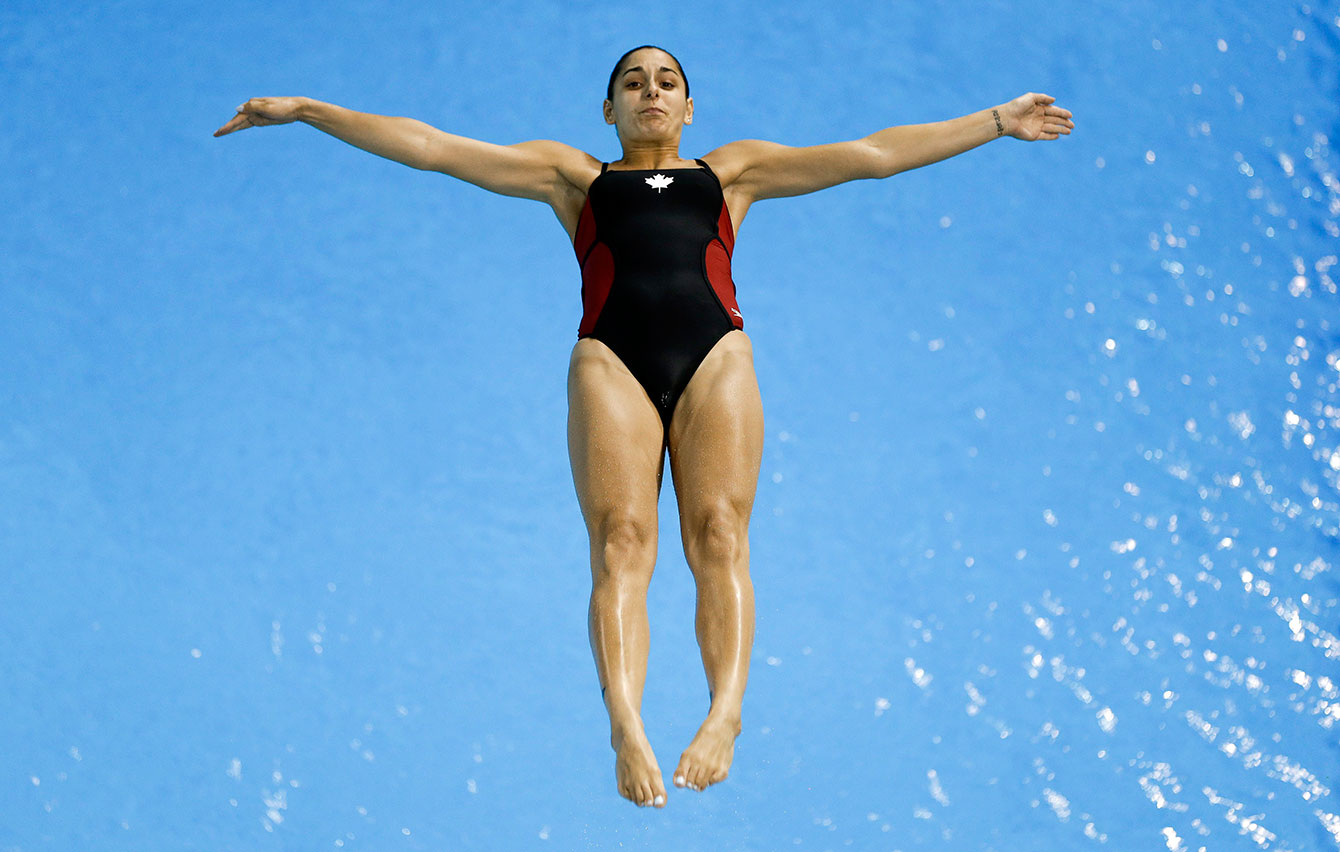 Pamela Ware during the final of the women’s 3m springboard at the Toronto 2015 Pan American Games.

Canada now has one 3m berth for Rio 2016, based on Abel’s win. It doesn’t necessarily mean she’ll make her third Olympics. The Canadian Olympic diving team will be decided over the next year. 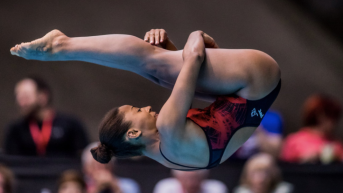