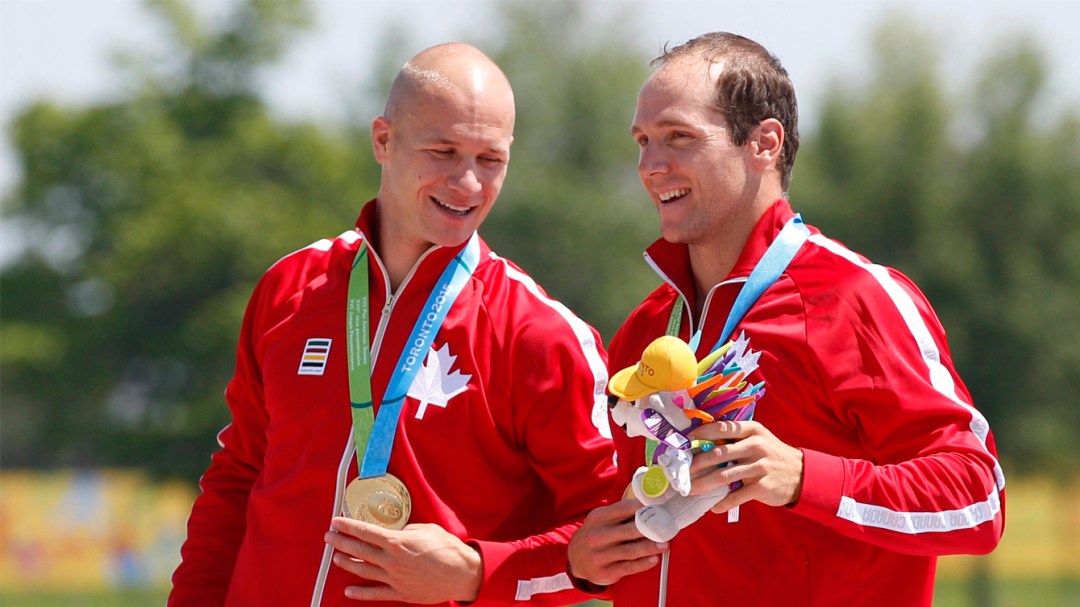 The announcer at the Welland International Flatwater Centre called it “Medal Madness Monday” and that’s exactly what Team Canada delivered in Pan Am canoe/kayak on Day 3.

The biggest winners of the day wearing a maple leaf suit were the canoeists in Canada’s C-2 1000m men’s boat paddled by Benjamin Russell and Gabriel Beauchesne-Sevigny. The pair rewarded the home fans’ commitment and outmuscled the opposition with smooth strokes from lane seven in a time of 3:46.316, ahead of Brazil (3:47.117) and Cuba (3:49.932).

Beauchesne-Sevigny said it “feels amazing, feels so good” to win at home. “My parents, my family, everyone’s in the stands, so it’s very nice to keep the race plan we built up from the World Cup. It feels great.”

A major part of the duo’s gold-medal winning race plan is the equipment itself. To get such incredible results, Ben and Gab take a common Canadian symbol – the canoe – to the level of high-performance sport. 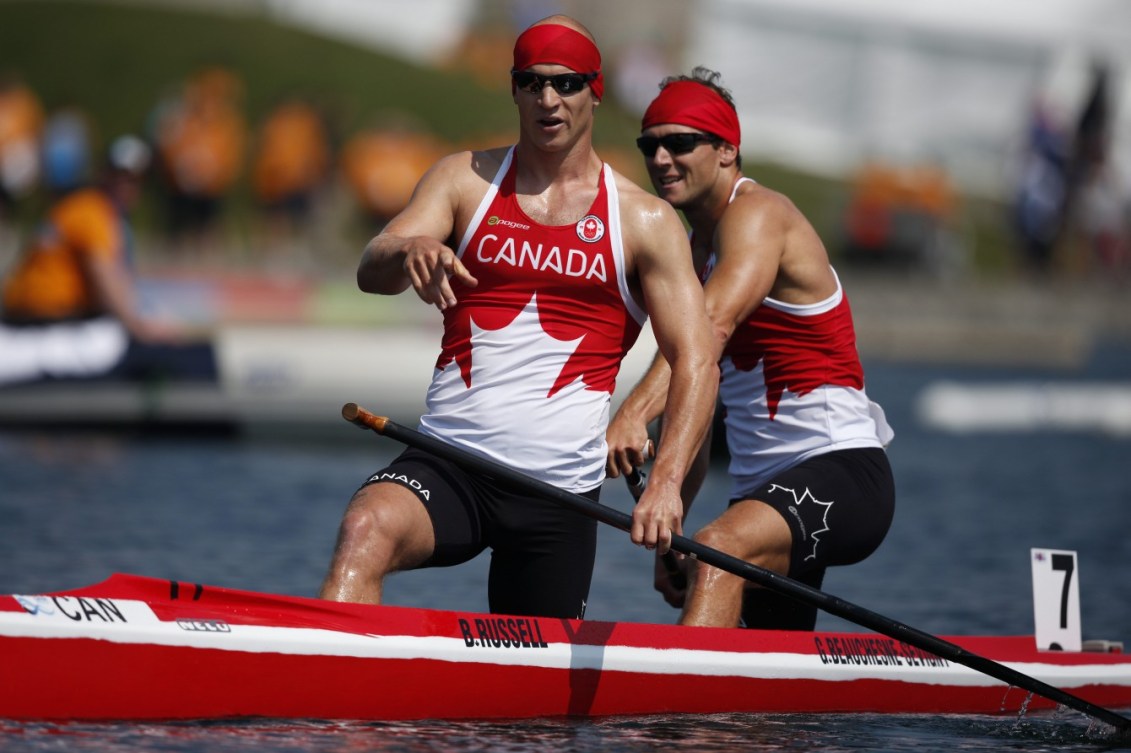 The canoe is a quintessential Canadian symbol. The oldest canoe in the world dates from between 8040 and 7510 BC; the dugout canoe was widely used by Canada’s First Nations for transportation.

Canoes have continued to evolve over thousands of years, and today recreational canoes are a common sight on cottage beachfronts, docks and paddling clubs across Canada. Though Ben Russell and Gabriel Beauchesne-Sevigny’s sprint canoe resembles the recreational canoe that Canadians are so familiar with, there are many key differences in their boat that allow them to reach top speed.

“A recreational canoe is quite a bit wider and much more flat on the bottom. You could say it’s more built for stability and comfort,” says Ben. “A high-performance canoe, or sprint canoe, is only about one foot wide, or a foot and a half wide for a two-man canoe. The two-man racing canoe is also over six metres long. The boats are so narrow that you have to kneel on one knee and put one foot out in front of you in a split stance to paddle.” 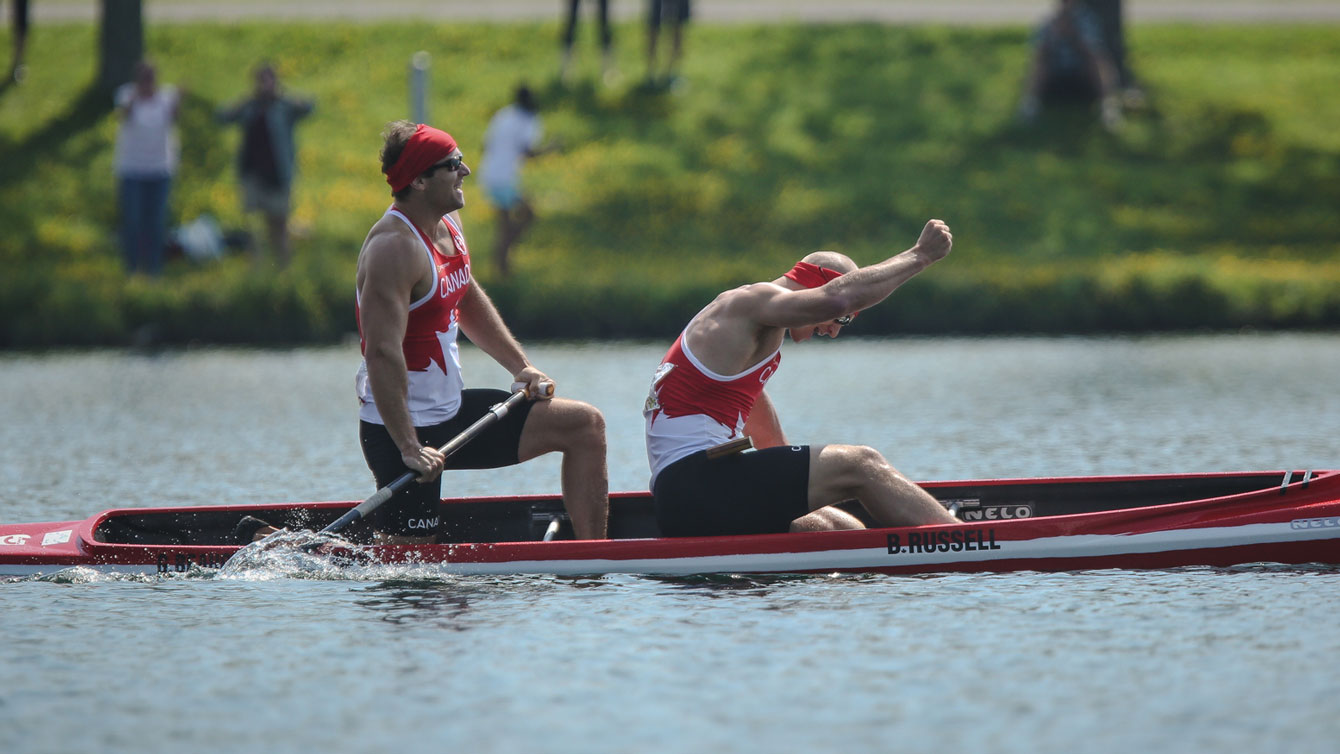 Ben and Gab’s canoe is almost entirely out of carbon, whereas most recreational canoes today are made out of plastic or fiberglass. The carbon is coated in a very thin gel that allows them to glide through the water at speed.

The boat is also customized for the pair.

“I paddle in the back on the right and Ben paddles in the front on the left,” says Gab. “The boat is designed to be perfectly balanced for us, not just at the resting position, but at peak speed. We paddle 70 strokes per minute and any bit of rocking or shaking during a race slows down the canoe.” 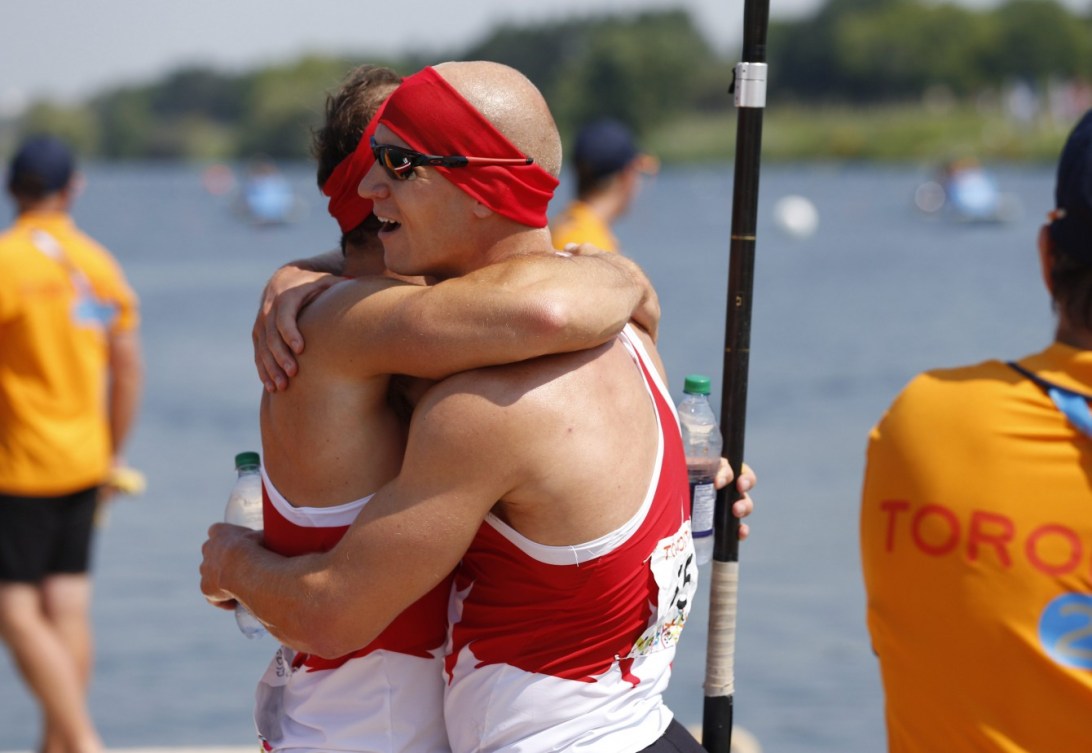 Flat water sprint canoers only ever paddle on one side of the boat. Ben and Gab’s pairing is as much about the side on which they paddle as it is about their shared talent, speed and compatibility.

“If we both paddled on the same side, it wouldn’t be as easy as one of us switching sides to paddle together,” says Ben. “The side we paddle on is as engrained as the way someone else may swing a golf club or hockey stick. So we’re pretty lucky to paddle on opposite sides!”

Canoeing in Canada is a relatively accessible sport, but the costs begin to increase as athletes reach the high-performance level.

Ben and Gab share a two-man canoe that cost approximately $8,000. On top of that, paddles are $500 apiece and they travel with multiple paddles for competition. 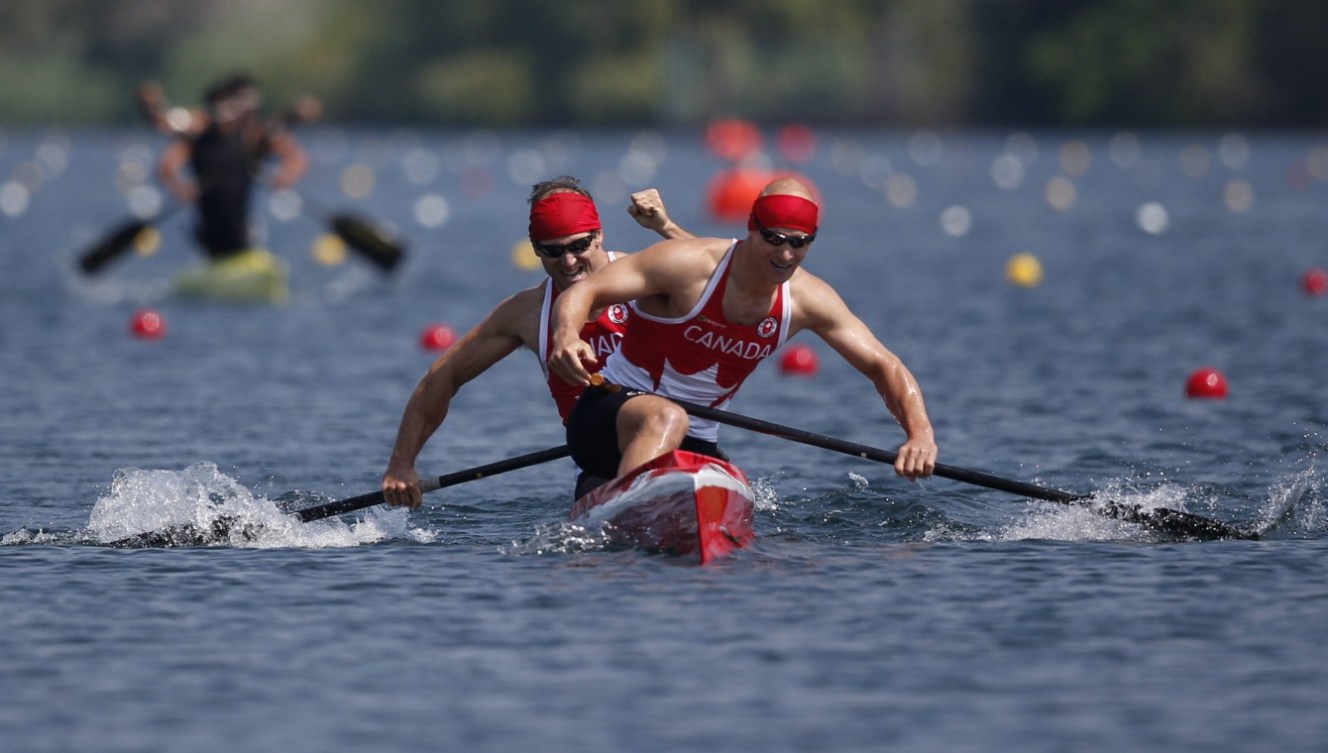 “Although I race in the two man canoe practicing in a single boat is still a large part of my training,” says Ben. “I practice in a C-1 (one man canoe) that cost roughly $4,500.”

The pair utilize GPS technology and heart rate monitors in their training. That equipment runs in the $3,000 range.

The duo hope to build from their gold medal win at the Pan Am Games and go on to find success with a gold medal in Rio next summer. 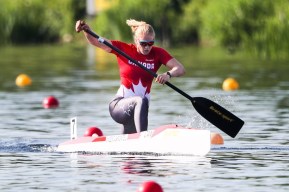 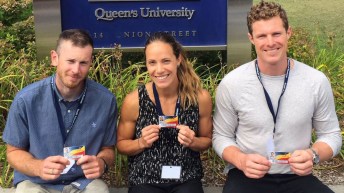 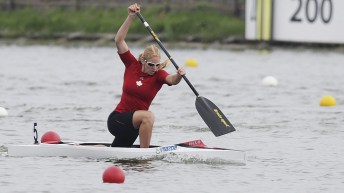 Gabriel Beauchesne-Sévigny made his Olympic debut at Beijing 2008, alongside sister Geneviève, where he made the finals of both the...