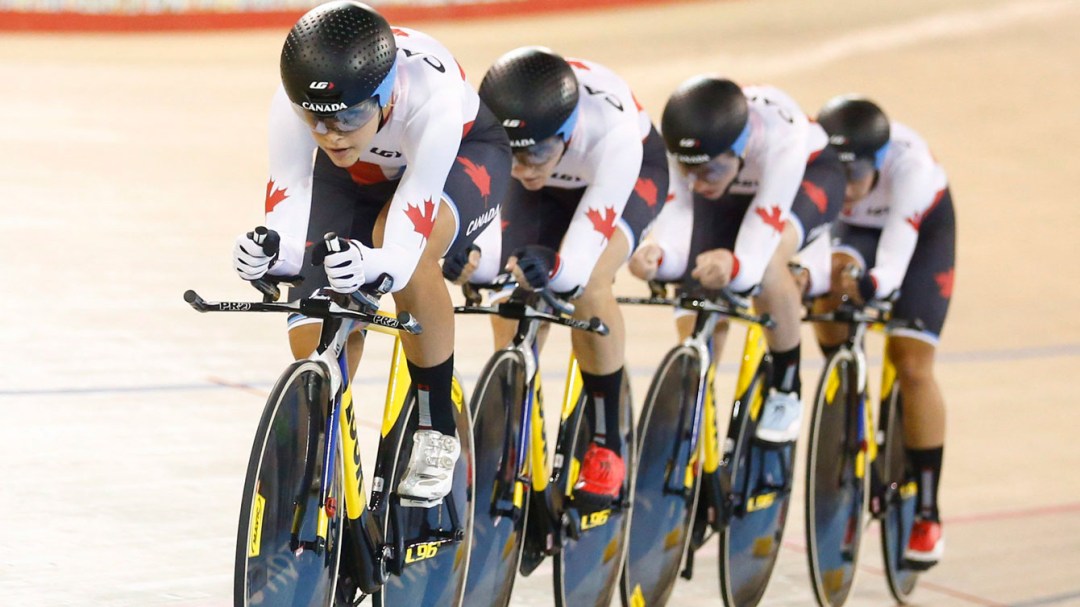 Women’s team pursuit, Sullivan win Pan Am gold at TO2015

The time – 4:19.664 – from Allison Beveridge, Laura Brown, Jasmin Glaesser, and Kirsti Lay is a Pan Am Games record and the win made it three straight gold medals in as many races for Canada in track cycling at Toronto 2015.

In the next medal event, Monique Sullivan (who won the women’s team sprint a night earlier with Kate O’Brien) made it four straight for Canada by grabbing the keirin title. The double Pan Am gold medallist beat Lisandra Guerra of Cuba in a very close finish. 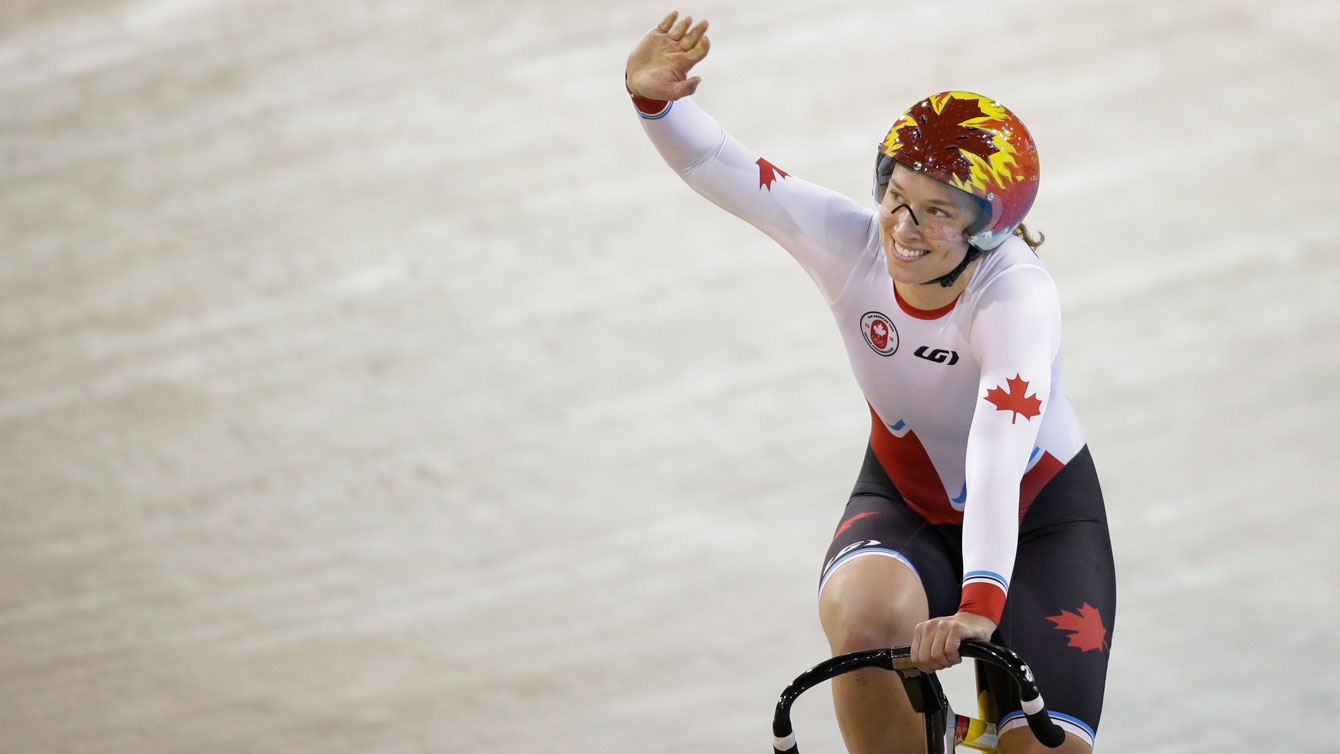 Regardless of the current jostling for position between Canada and USA in the medal table, the women’s team pursuit showdown between the two countries was always going to be a hot one in Milton and the local team – which is now based out of the town’s brand new velodrome – delivered.

“I would say it’s close to an A,” Lay said when asked to give the race a grade. “The Americans are such a strong team and they really brought it.” 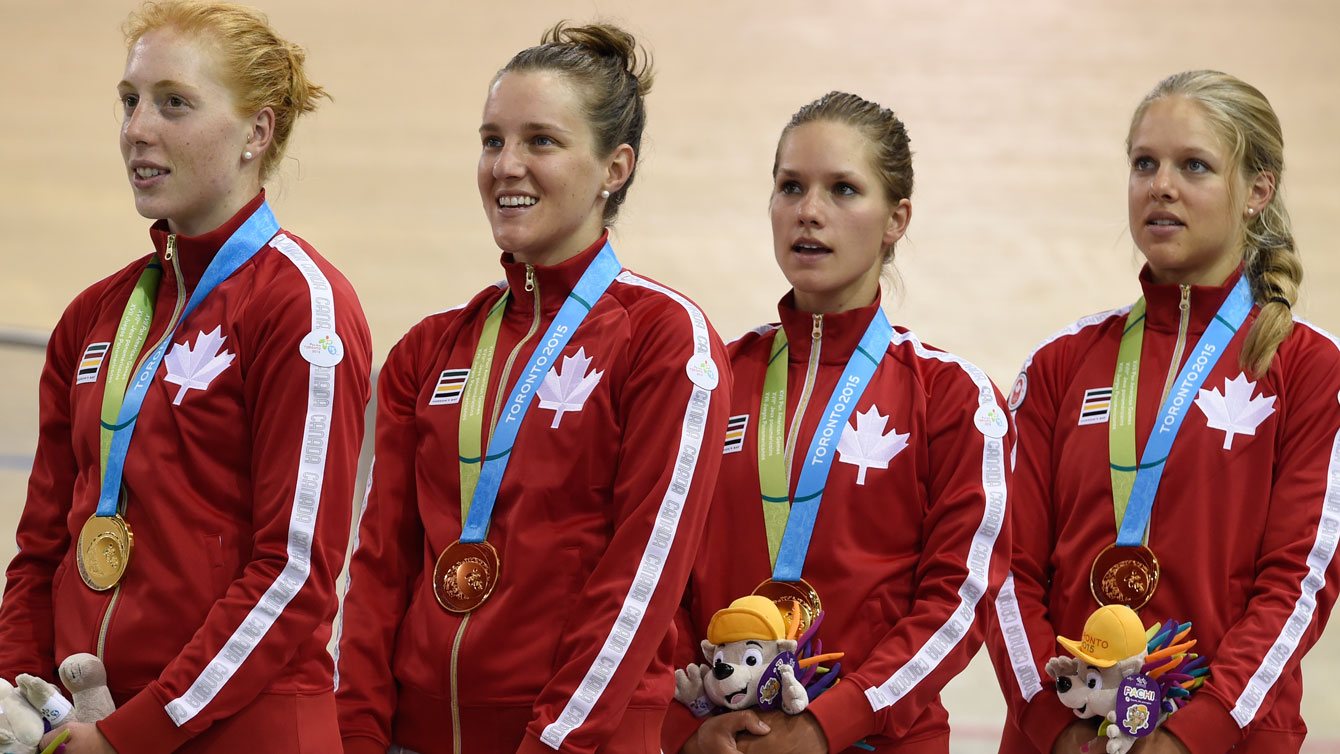 The two teams are both top five in the world. The Americans countered Canada’s third place World Championship side with a team of Kelly Catlin, Lura Hammer, Lauren Tamayo and Jennifer Valente, who won a few of the early laps, but couldn’t keep pace with the Canadians toward the end.

“We knew they were going to be really strong coming out,” Lay continued, “so we knew we had to bring our A game. We had to make a new strategy and use all the riders’ strengths to the maximum here. We’re so excited to get the win and to get it by such a margin is really awesome.” 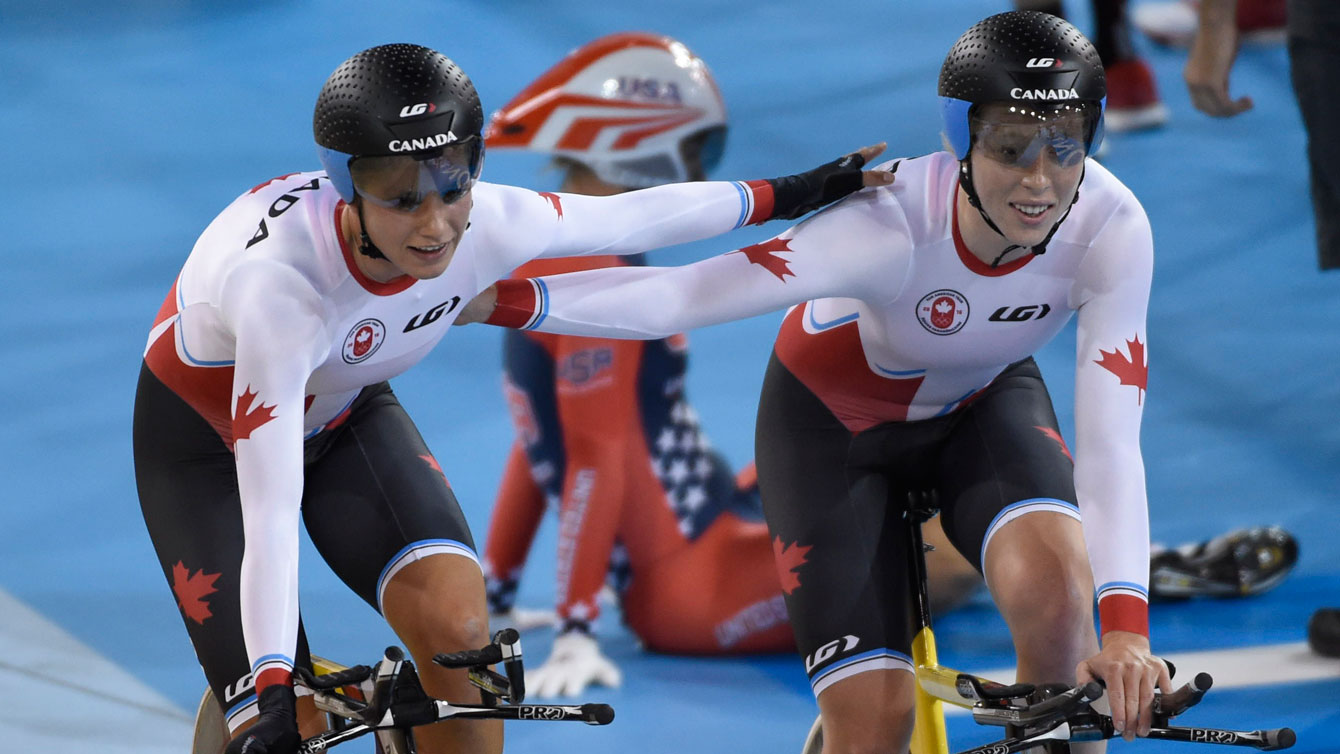 Glaesser suggested Canada was prepared to match anything the USA had in store given her team’s Olympic and World Championship podium experience. “I think they really pushed themselves to be able to match us in the opening kilometres. Obviously, we showed that we’re able to last the full distance.”

Sullivan had a real battle with Guerra, and needed everything in her arsenal to edge out the Cuban. “I just tried to keep her on my hip. She was really gaining on the backstretch, and it was just in the corner that I had that slight advantage on the inside line. I don’t know what got me to the finish, she was coming so fast.” 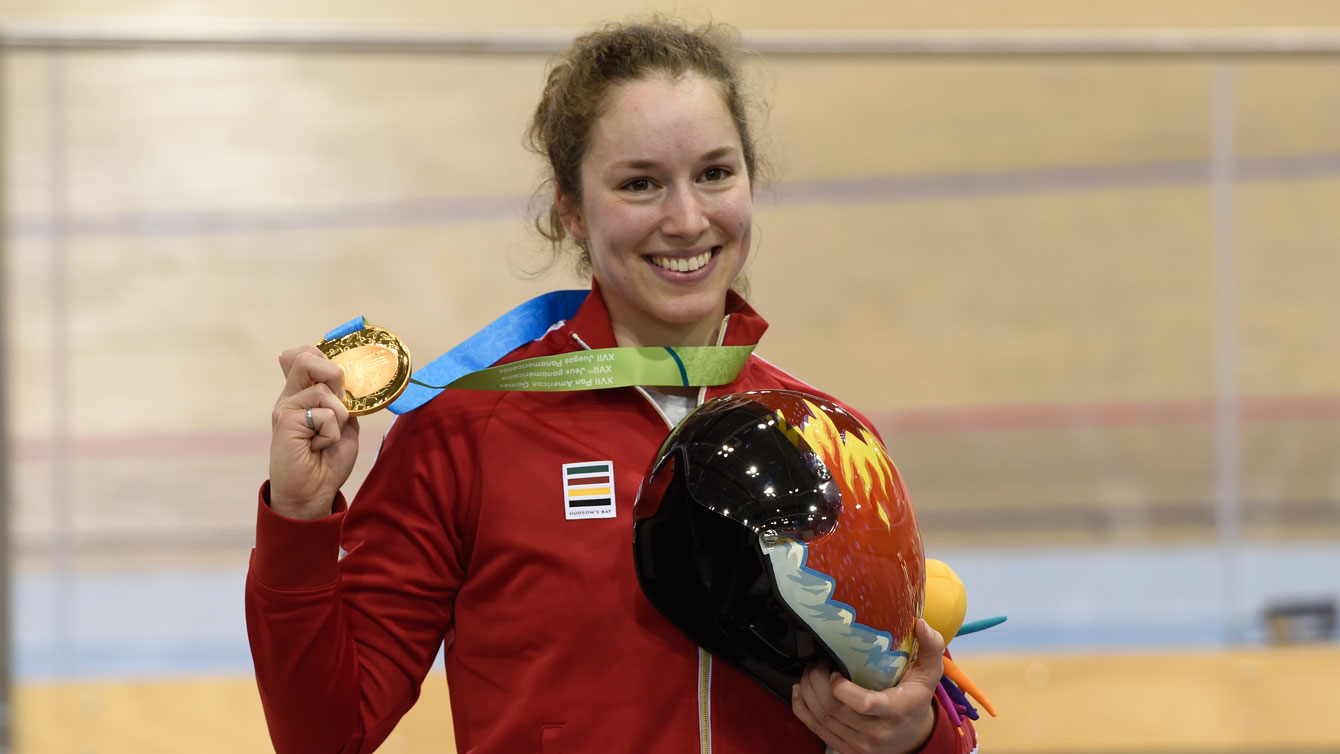 Monique Sullivan holds up her Pan Am Games gold medal and ‘Fire Leaf’ helmet from the Helmets for Heroes program on July 17, 2015.

If you ask Lay, she has a good idea what might be getting these cyclists across the finish line in first place.

“You know it blocks out the pain when you’re feeling it in those last six laps,” Lay said of the fan support at TO2015. “(It’s) just ‘we can do this, we can do this.’ The crowd was amazing, so cool to be here.”

Canada’s streak of winning every major international race at the Milton Velodrome ended at four when Remi Pelletier-Roy finished seventh in men’s omnium.

Canada swept the first night of track cycling winning two gold medals in both the men’s and women’s team sprint on Thursday. Racing will continue in Milton through Sunday night. The men’s sprint is scheduled to take place on Saturday.