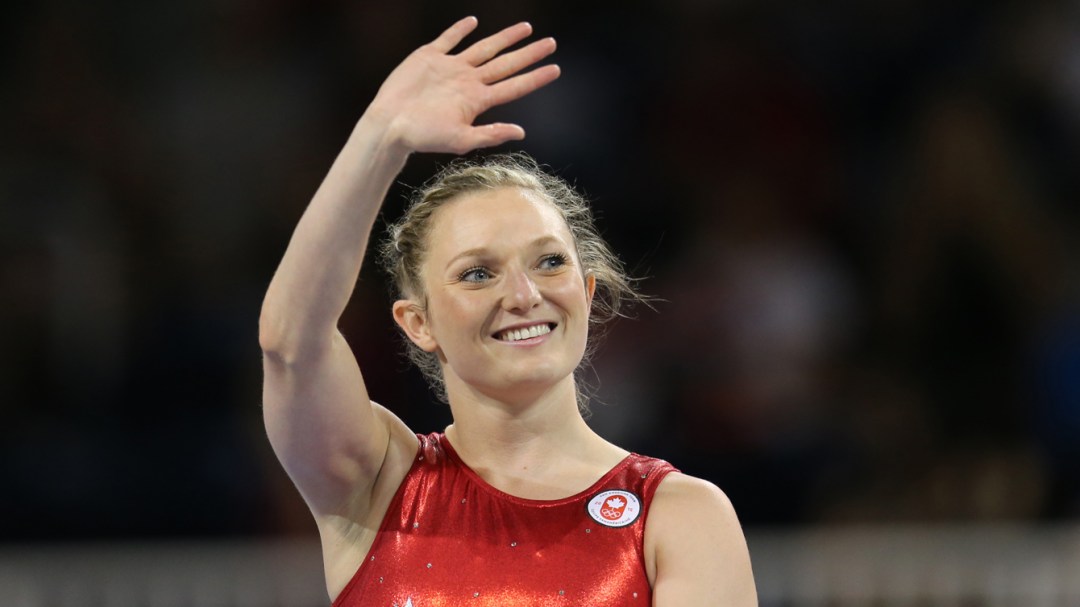 Double podium and two gold for Canada in trampoline at TO2015

What a bounce back for Rosie MacLennan.

Competing three weeks after a minor concussion in training put her participation in the hometown Games in doubt and one day after she bounced off the trampoline bed in qualification, MacLennan was the first of two Canadians to successfully defend their gold medals from Guadalajara 2011, joined less than an hour later by Keegan Soehn. 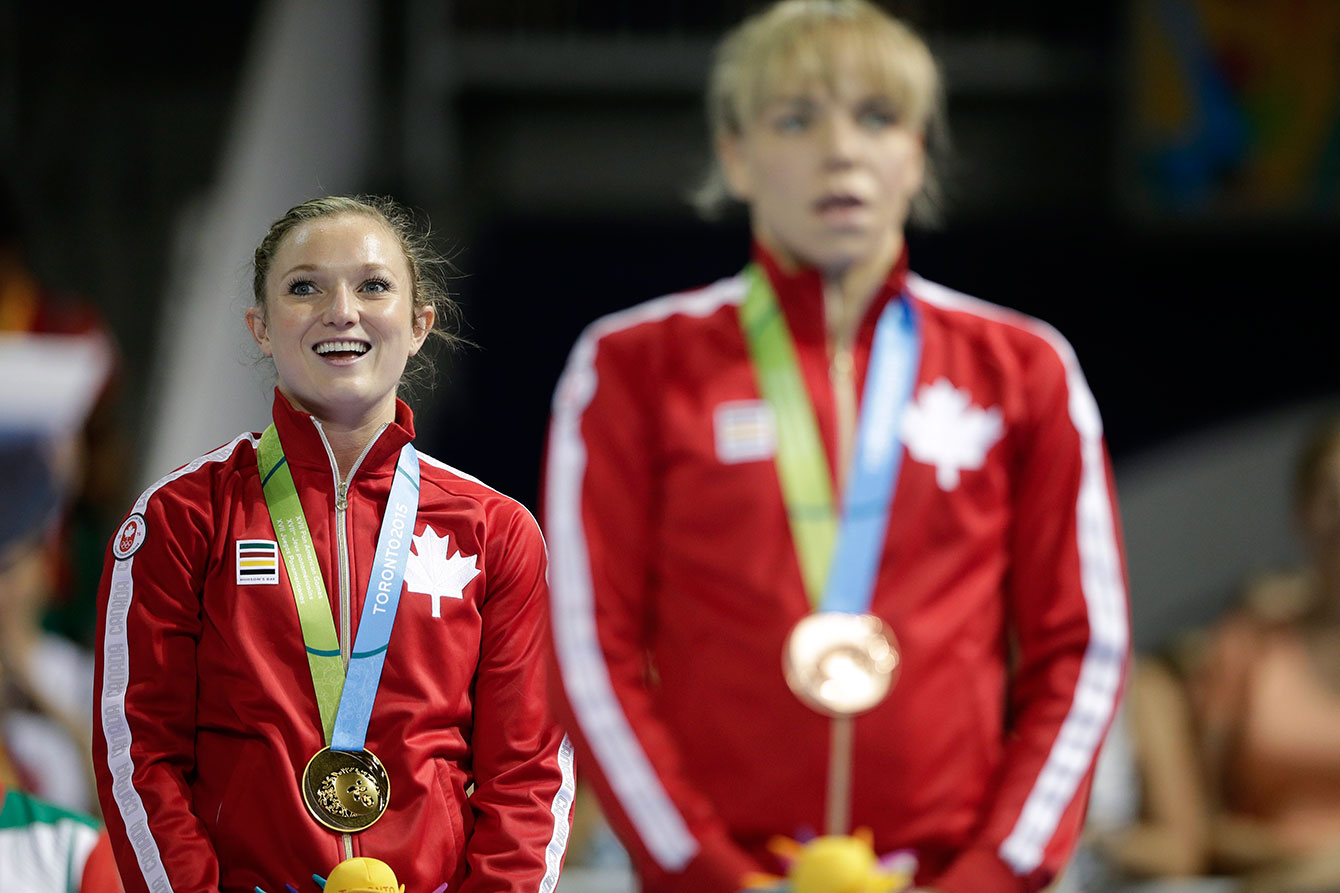 “If you asked me a week and a half ago if I would compete, I was really a 50-50 chance so I’m so excited, so honoured and ecstatic to be here,” said MacLennan.

Suffering from headaches, lightheadedness and dizziness, the Olympic champion said her spatial awareness was also slightly affected. But with some time off, the proper treatment and a strong support team, she got herself back on the trampoline in a safe and healthy manner. 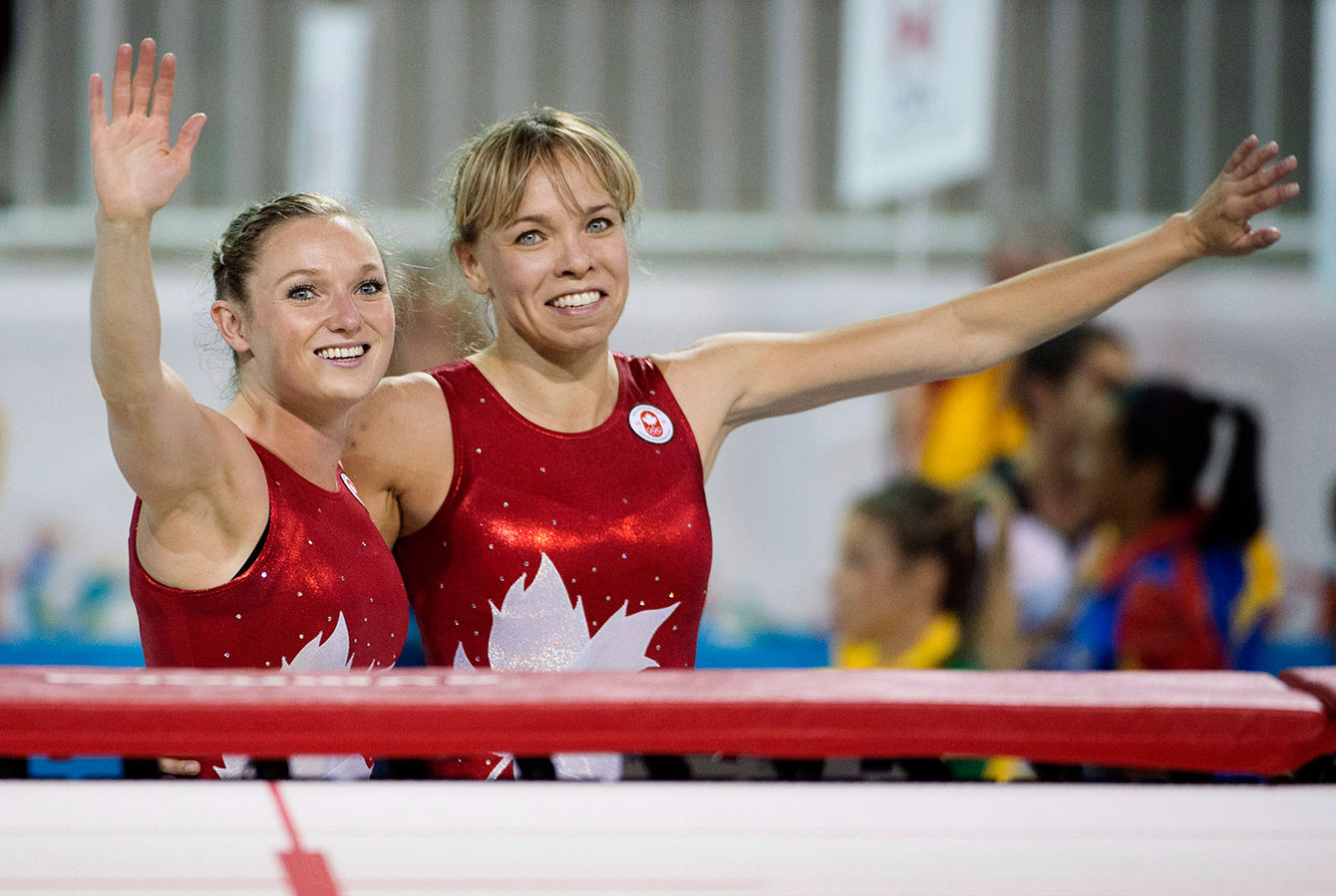 Rosie MacLennan (left) and Karen Cockburn celebrate their gold and bronze medals respectively during trampoline finals at the Pan Am Games.

MacLennan planned the most difficult routine of the evening and came out with a huge D score of 15.000 for an overall total of 53.560 in front of the extremely loud and supportive crowd at the Toronto Coliseum.

She also had the help of teammate Karen Cockburn, her roommate in the athletes’ village, in keeping the lights off and the noise down. The three-time Olympic medallist was also coming back from injury, a broken ankle in November that kept her from being able to jump until March. She tied for the highest execution score (22.800) but her lower degree of difficulty (13.300) led to a final score of 51.560 and the bronze medal. 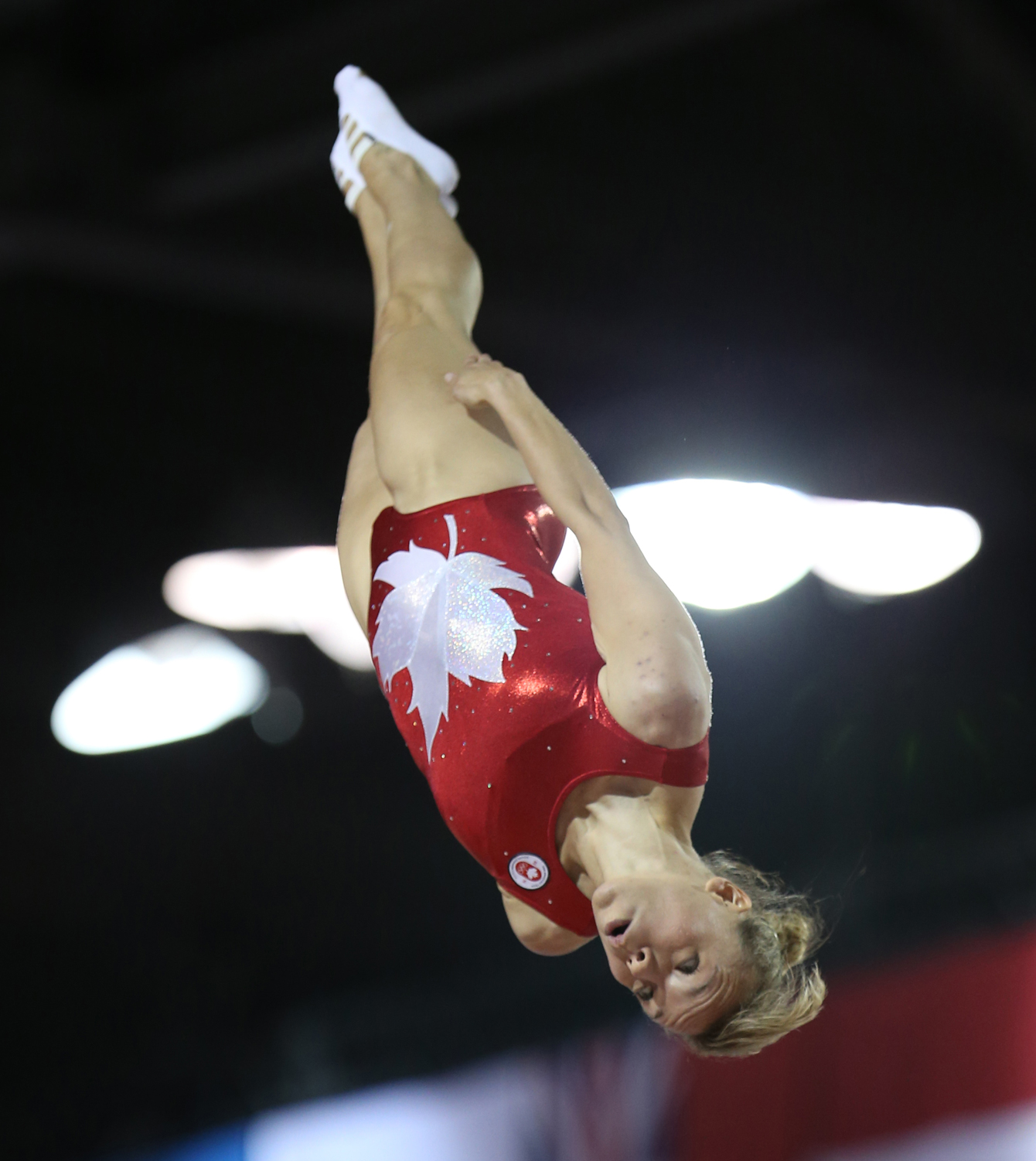 “I’m a point and a half off my difficulty that I normally do and I only had about three months on the trampoline before this so I had to push really hard,” said Cockburn. “I like to be more prepared going into a competition than I was for this but I wanted to compete here no matter what so I just worked really hard and chose an easier routine which panned out okay because I just wanted to be here so walking away with a medal is icing on the cake.”

This was also Cockburn’s first major competition since giving birth to daughter Émilie in September 2013 and seeing her “perfect little face” behind the judges calmed the veteran down and allowed the dynamic duo to achieve the dream of sharing the podium, something they had some so close to at London 2012 where MacLennan won gold and Cockburn was fourth.

“To be able to do that in front of a home crowd was something I’ll remember for the rest of my life and probably one of my favourite sport memories,” said MacLennan. 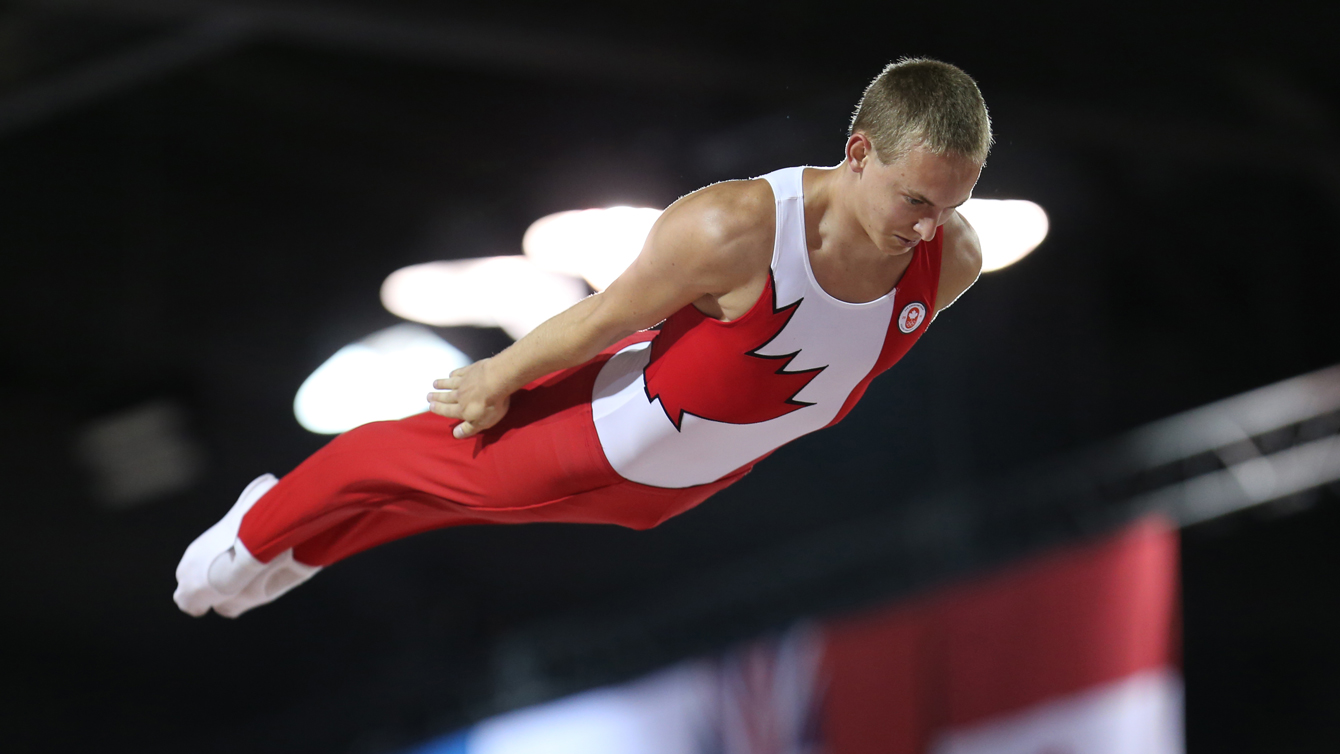 “The energy in the building, I felt like I could do no wrong when I hopped up on the tramp,” said Soehn.

As the last one to compete, Soehn, who considers himself a jack of all trades when it comes to his routines, posted the second highest difficulty score (16.500) and the highest execution score (23.400) to push teammate Jason Burnett off the podium and into fourth place.

“He was just really happy for me,” said Soehn of Burnett’s reaction. “He knew I did a great routine so he felt like that’s good, as long as one of us is at the top I don’t think it mattered too much.”

“I really liked the calmness I kept, I didn’t rush anything. I really just stayed nice and calm, flowed the whole routine through, just felt good.”