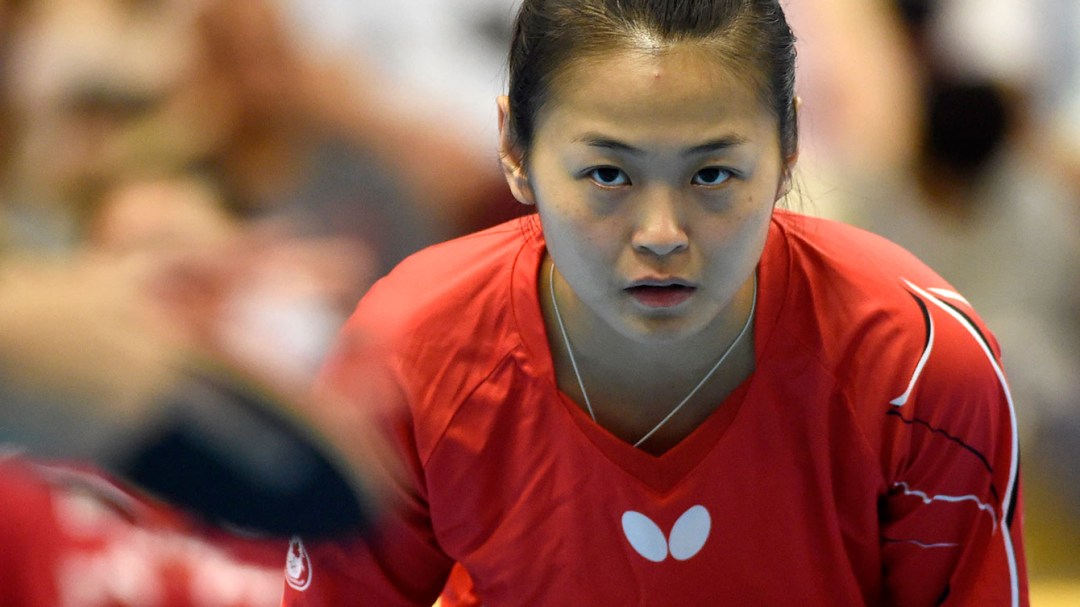 On the first medal day Canada won a pair of table tennis bronze despite losing both team semifinals; the sport awards bronze medals to each semifinal loser.

The Brazilians wore down Canada’s men to win a best-of-five team semifinal 3-0 on Tuesday. 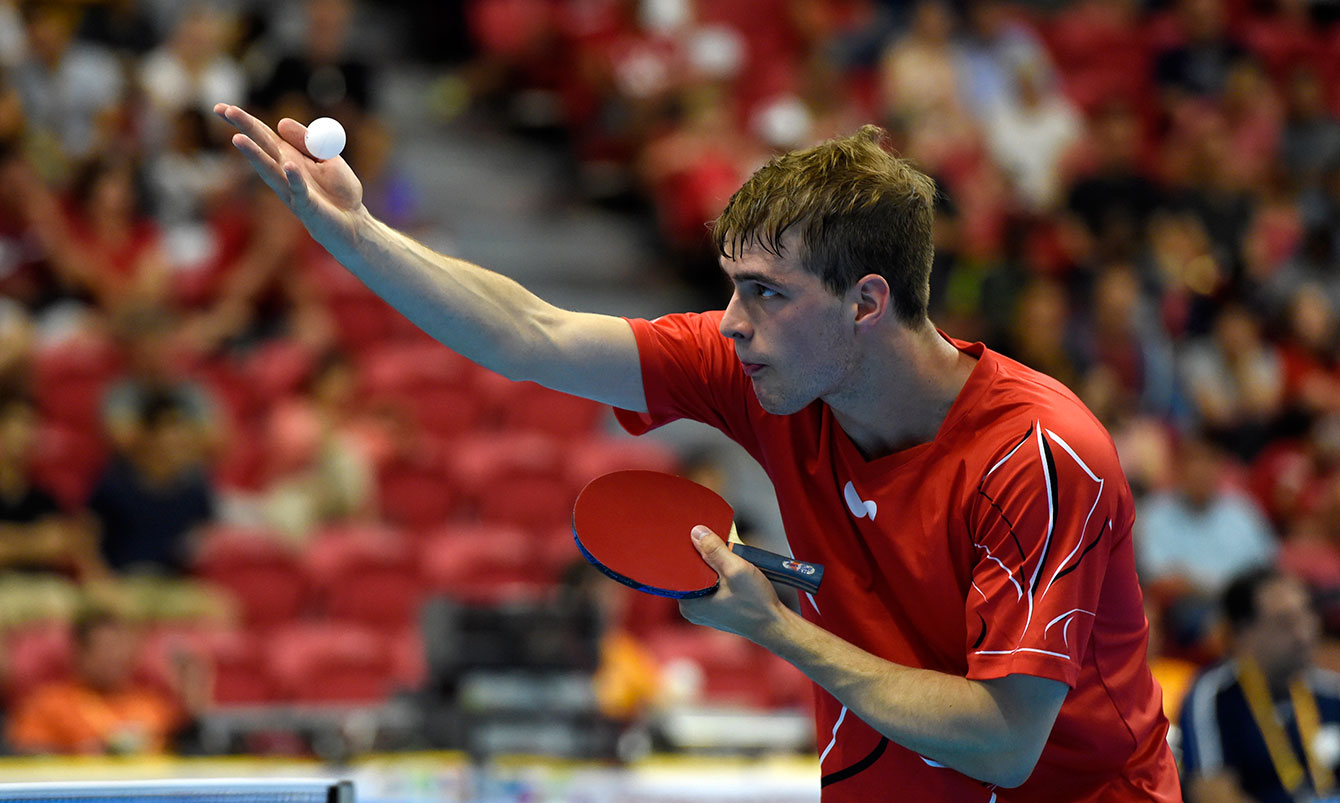 Marko Medjugorac during table tennis competition at TO2015.

In the first of two singles matches Ottawa’s Eugene Wang took Hugo Calderano all the way to five games but fell 3-2. From there it was a four-game victory for Gustavo Tsuboi over Canada’s Pierre-Luc Theriault; Thiago Monteiro and Gustavo Tsuboi then closed it out with a 3-0 doubles win over Marko Medjugorac and Theriault. This made two more singles matches unnecesary.

In the morning the United States swept Canada in a team semifinal to advance to the gold medal game. The Canucks won bronze. 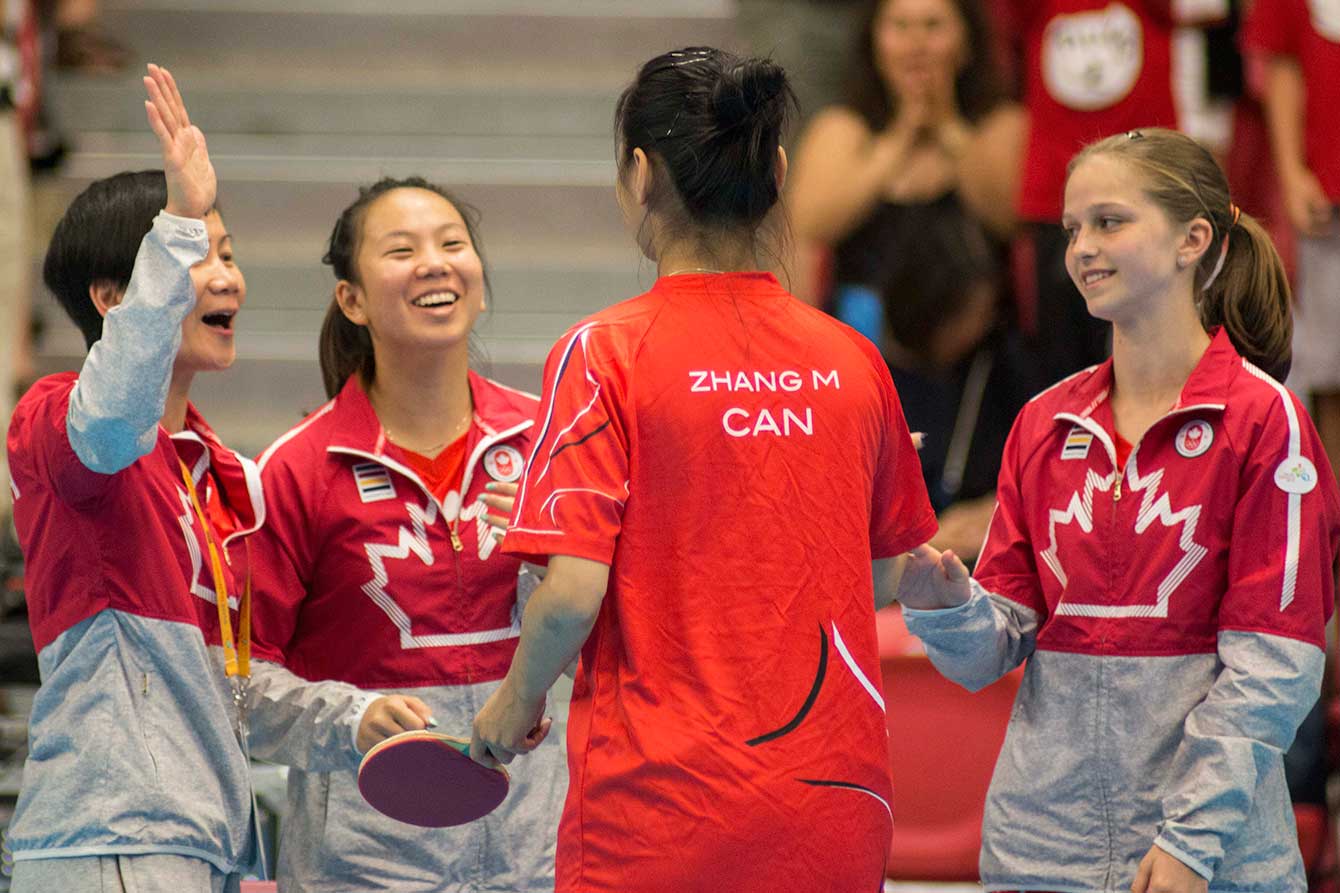 The team event includes two singles matches before (and if necessary after) a doubles match. It’s best-of-five. In addition to losing 3-0 the Canadians didn’t win any games within matches.

Two-time Olympian Mo Zhang fell to Jiaqi Zheng in match one before American Lily Zhang topped Mississauga’s Anqi Luo. That left it up to a duo of 15-year-old Alicia Côté and Zhang to keep it going. They could not, bettered by Yue Wu and Jiaqi Zheng.

Singles competition runs July 22-25 at the Markham Pan Am Centre. 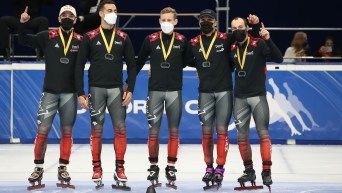