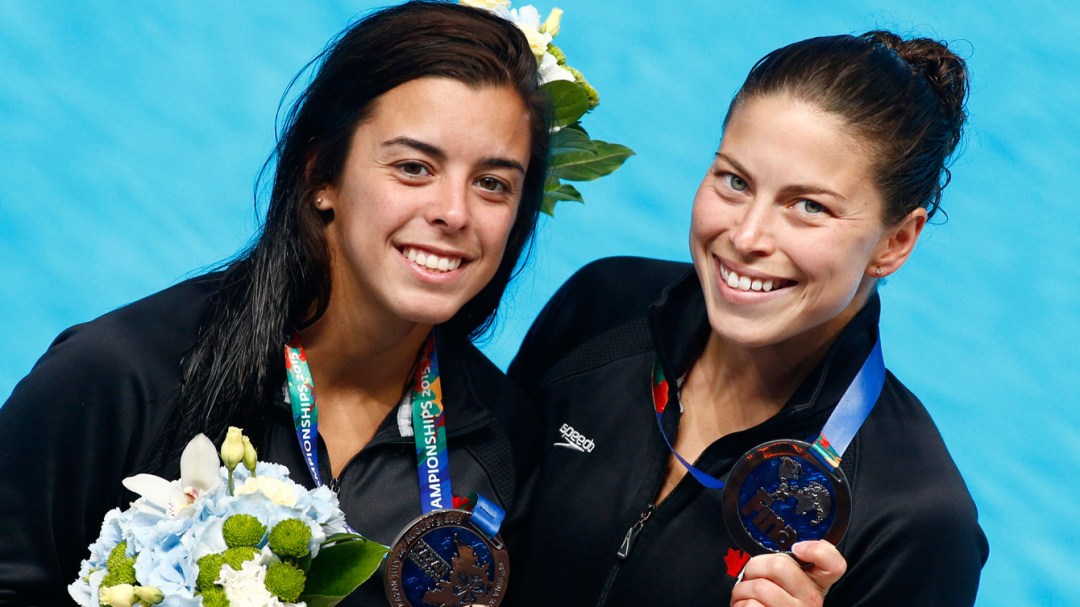 The fourth and final medal for Team Canada arrived in mixed three-metre synchro on Sunday, with Jennifer Abel and Francois Imbeau-Ducal placing second behind China and ahead of Italy to earn silver.

Prior to that Abel and Pamela Ware took the silver medal in women’s 3m synchro (more on this below), then Meaghan Benfeito and Roseline Filion added world hardware to the ‘Fab IV’ collection with a second place result of their own. 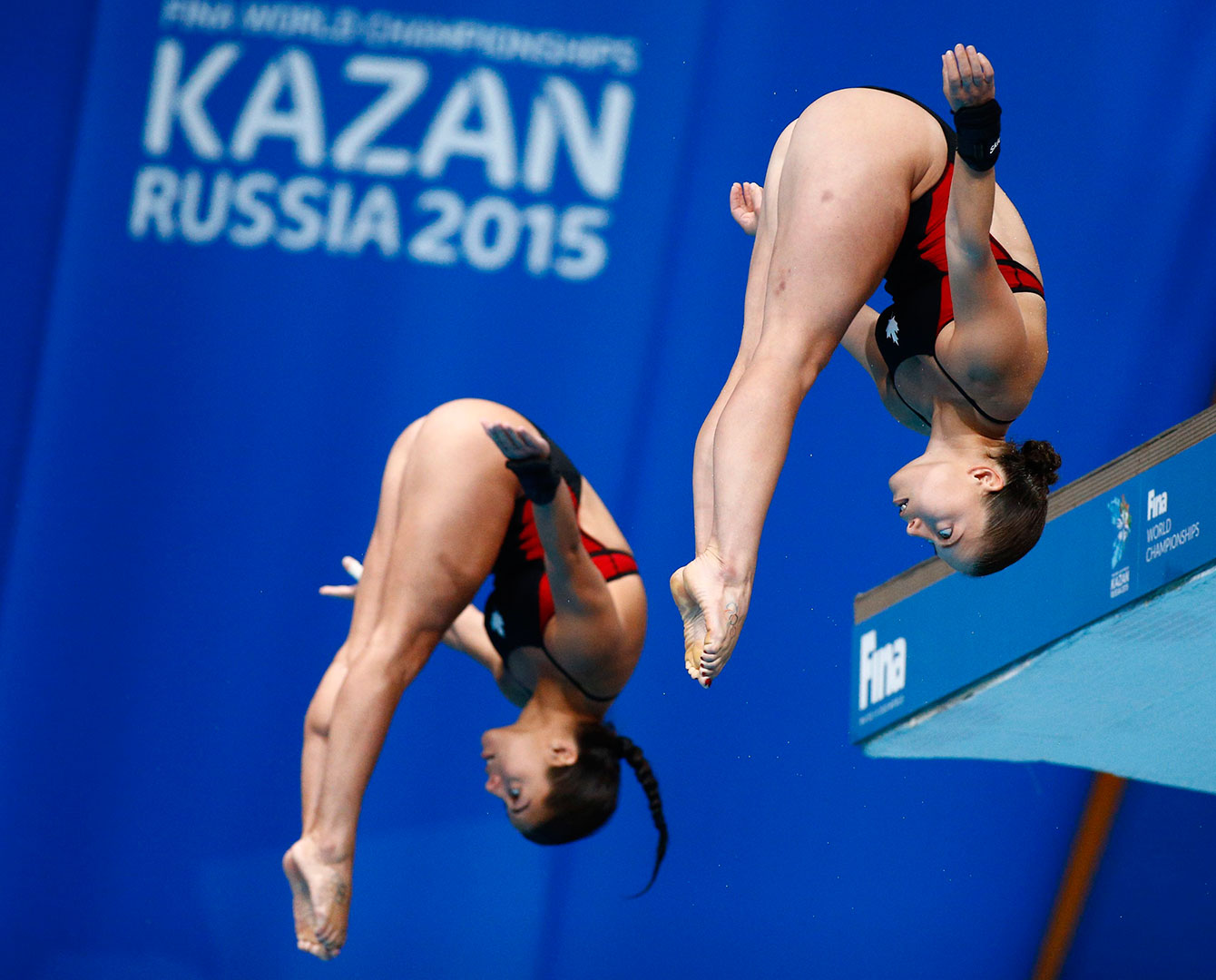 For Canada, it was the third medal of the 2015 World Aquatics Championships in Kazan, Russia. Benfeito teamed up with Vincent Riendeau to take second place earlier in mixed 10m synchro. 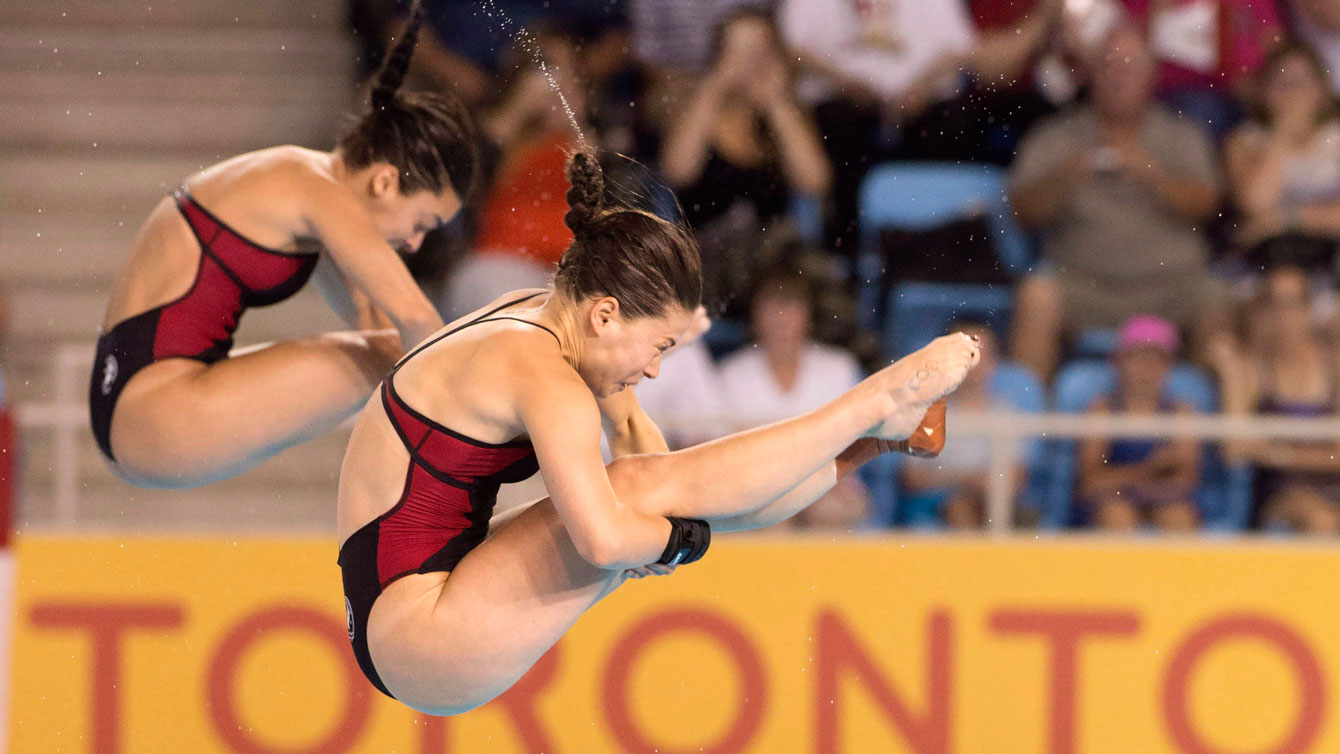 Meaghan Benfeito (left) and Roseline Filion in action at Toronto 2015 Pan Am Games.

The diving portion of the FINA World Championships finished on August 2, with China running the table with 14 medals (nine gold). Canada won the second most diving medals with four, however, finished behind Great Britain, Italy and North Korea on the official table as each of those countries won a gold medal.

Although Canada couldn’t nail down any individual prizes, notable performances came in the 3m from Ware and Abel, who placed fifth and sixth respectively, while Benfeito was seventh best in the world at the 10m.

Other FINA sports being contested in Kazan are high diving, swimming (pool and open water), synchronised swimming and water polo through August 9. 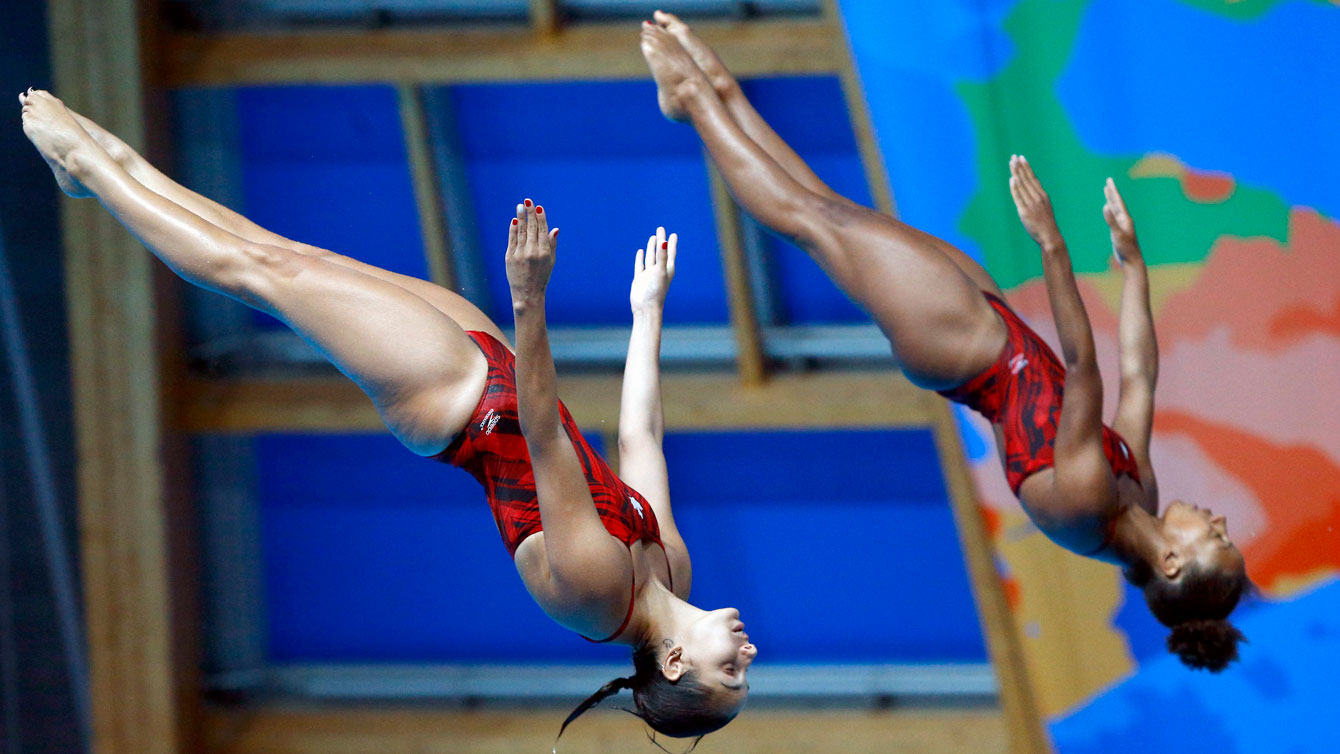 Less than two weeks after finishing second at home in the Pan Am Games, Jennifer Abel and Pamela Ware are sporting world championships silver.

The Canadian diving duo has won a silver medal in the three-metre synchro at the FINA World Championships in Kazan, Russia. The result also opens up an Olympic spot at Rio 2016 for Canada.

At Toronto 2015 a Mexican team got the better of the Canadians in the 3m synchro, after the locals managed a score of 298.23 in front of home fans to settle for silver after trying a dive with a very high degree of difficulty. Facing global competition beyond the Americas, Abel and Ware produced 319.47 points, with only the superb Chinese pairing of Shi Tingmao and Wu Minixia finishing ahead with a whopping 351.30 points. 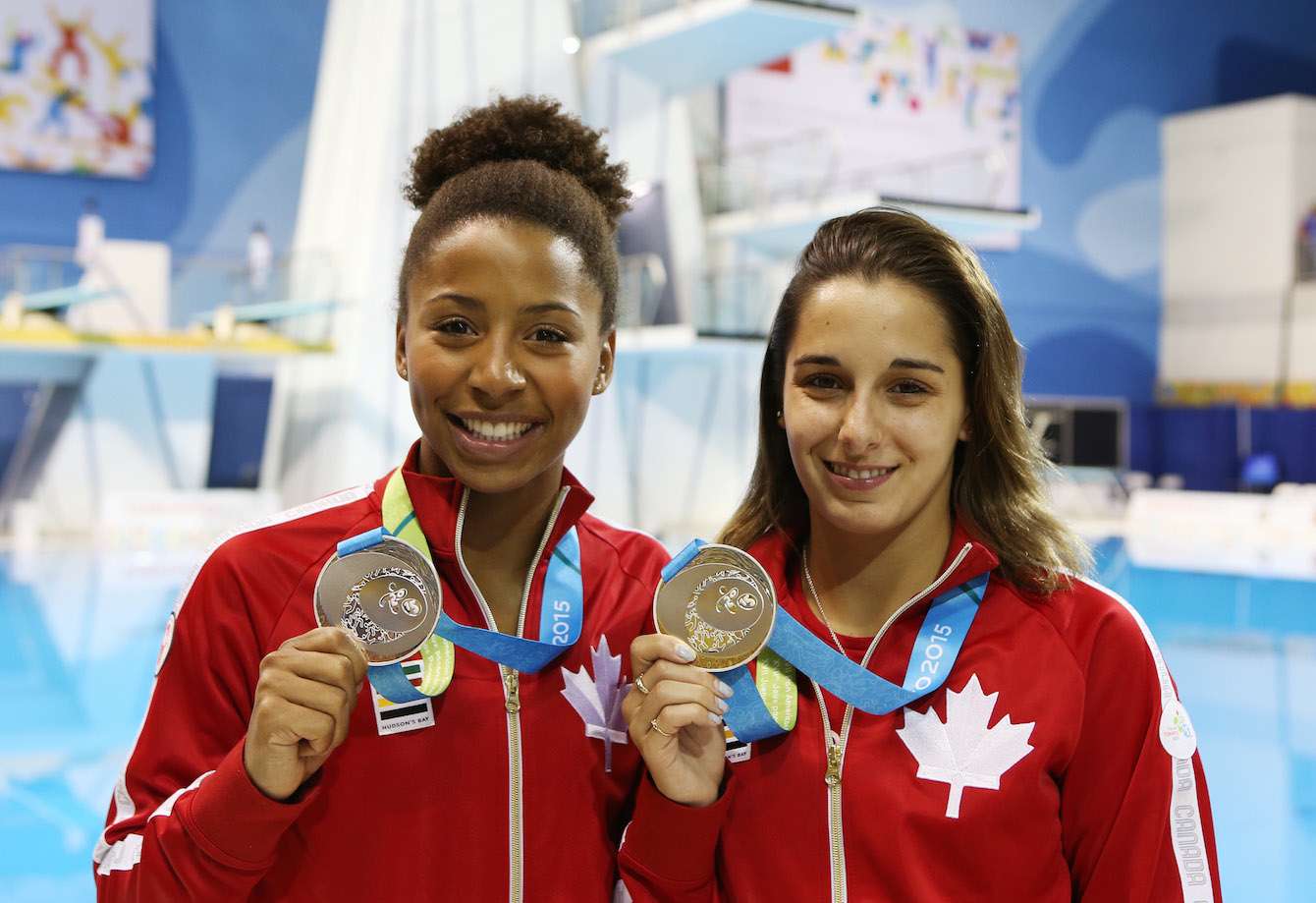 China and Canada had duelled all through the long World Series season, where the Asian nation continued to assert its dominance as the top diving country on the planet.

The FINA World Championships will continue through August 9, with more diving, along with swimming (pool and open water), synchro and water polo. 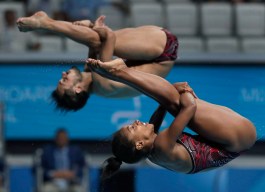