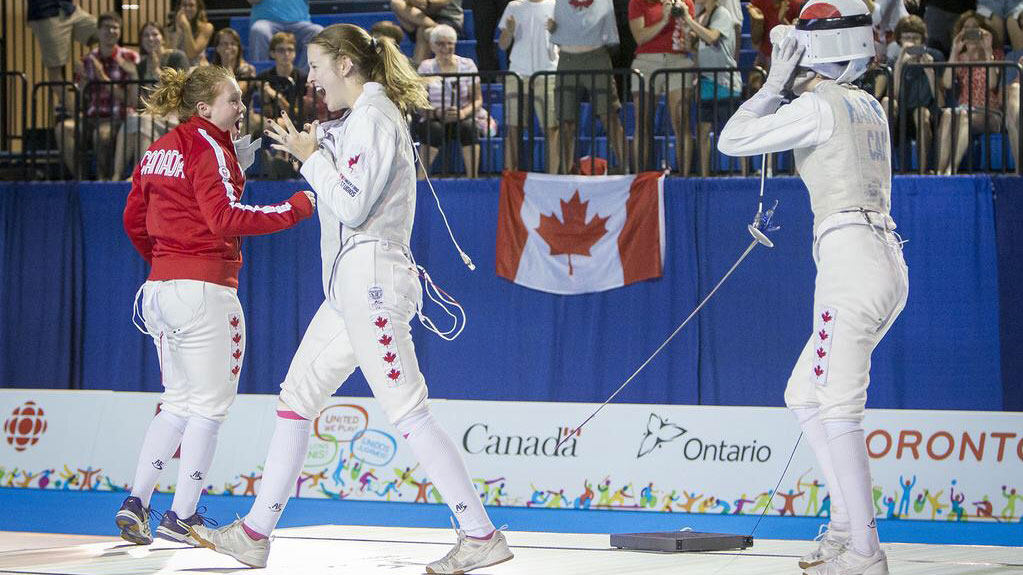 Canada’s female foil fencers are golden at TO2015

The women’s foil team of Alanna Goldie, Eleanor Harvey and Kelleigh Ryan won Canada’s first fencing gold medal of the Games in a tight victory over the United States, 38-37.

In this event, each team’s three fencers play round robin with the other team’s three members, with points accumulating as the match progresses. 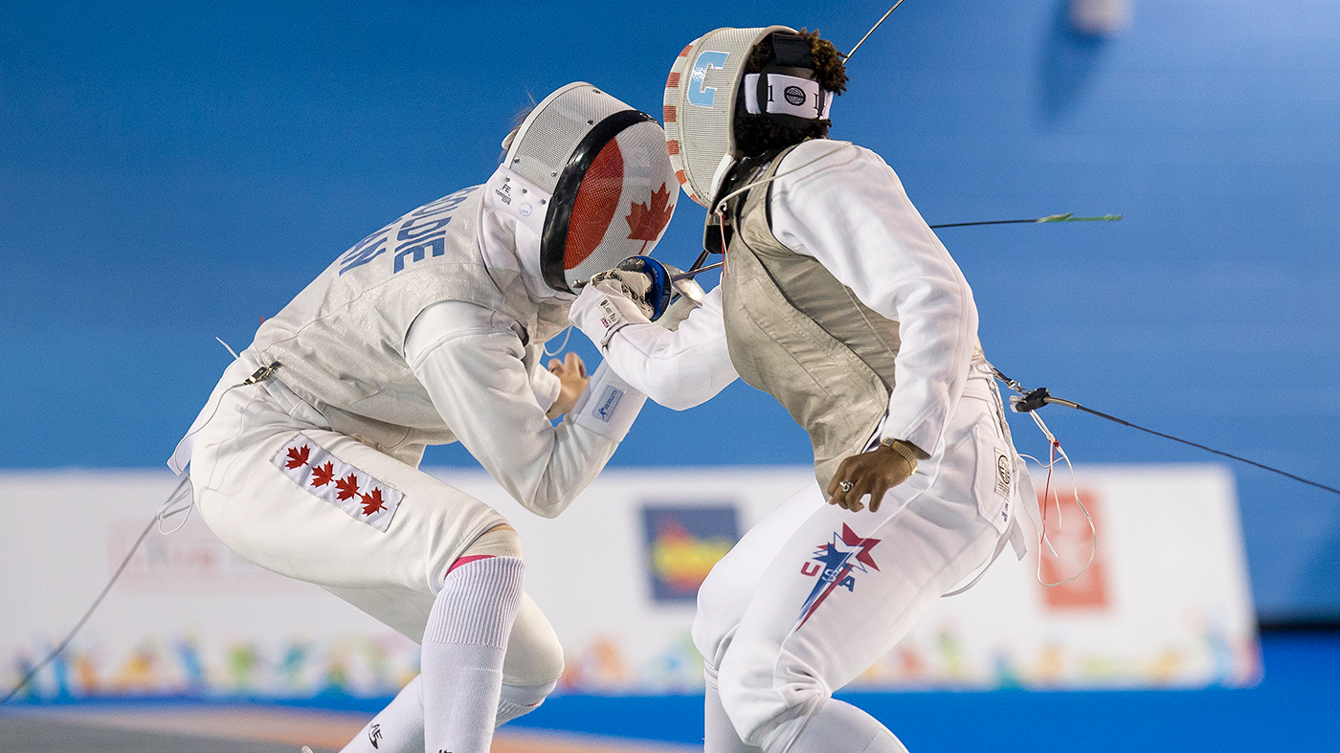 Eleanor Harvey competes in team foil fencing at the Pan Am Games on July 25, 2015.

Goldie got Canada off to a strong start, scoring five hits in her first bout. She continued to be the team’s star, scoring five and seven hits in each of her next two bouts. But while Harvey and Ryan were consistent throughout the match, the Americans kept drawing closer thanks to Lee Kiefer, who scored 10 hits in her bout with Harvey and 11 in her final trip to the piste against Goldie.

That made the score 34-33 for Canada heading into the final matchup between Harvey and Nicole Ross. With each scoring four hits, Canada secured the gold medal.

“We’re ecstatic, overjoyed,” said Goldie. “We’ve been trying to beat them for years and years. We’ve lost to them eight times and we’ve heard their national anthem too many times!”

Instead, it was O Canada that played in front of the partisan crowd at the Pan Am Aquatics Centre and Field House. 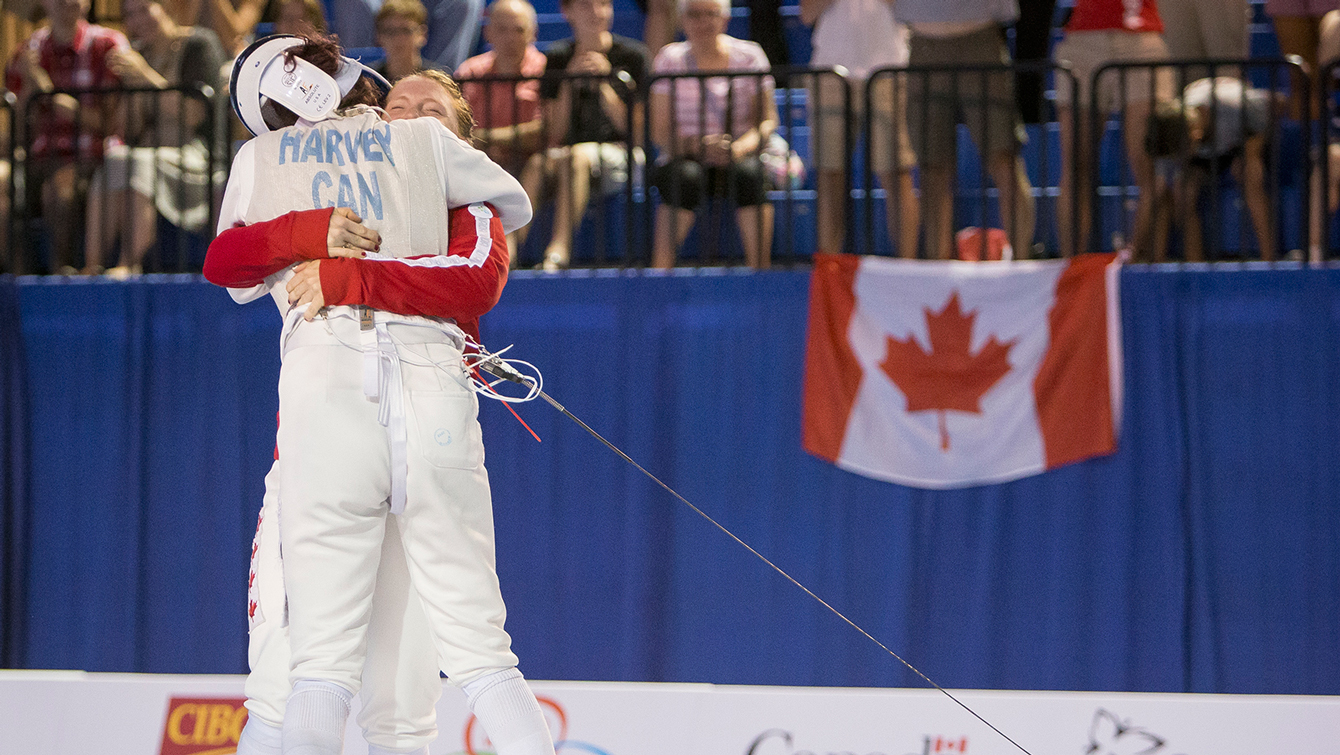 “We feel the energy and really loved it,” added Goldie. “I think it helped us with our performance and the feelings of nervousness. We knew it was our time. This is our space, this is our time. I just loved having everyone here.”