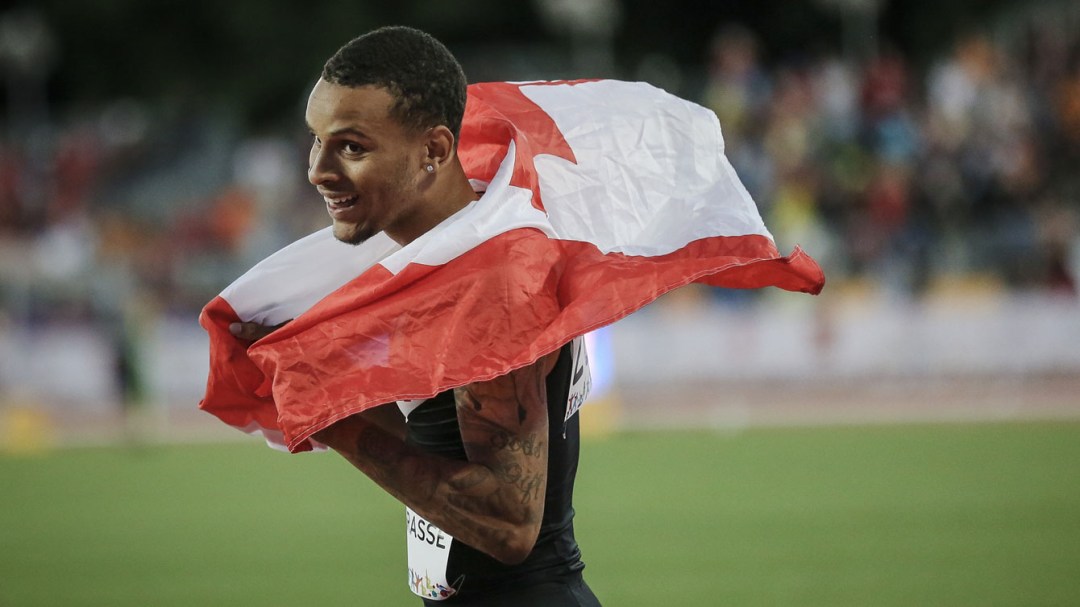 Feature photo: Andre De Grasse after winning TO2015 Pan Am gold in the 100m (Photo: Alexandra Fernando for COC).

Beginning on Friday evening (Saturday morning in Beijing), Canada’s best in track and field will take on the world.

On their biggest international stage outside of the Olympic Games, the athletes under the maple leaf banner at the IAAF World Championships in Athletics will try to better a national record from the previous outing at Moscow 2013. 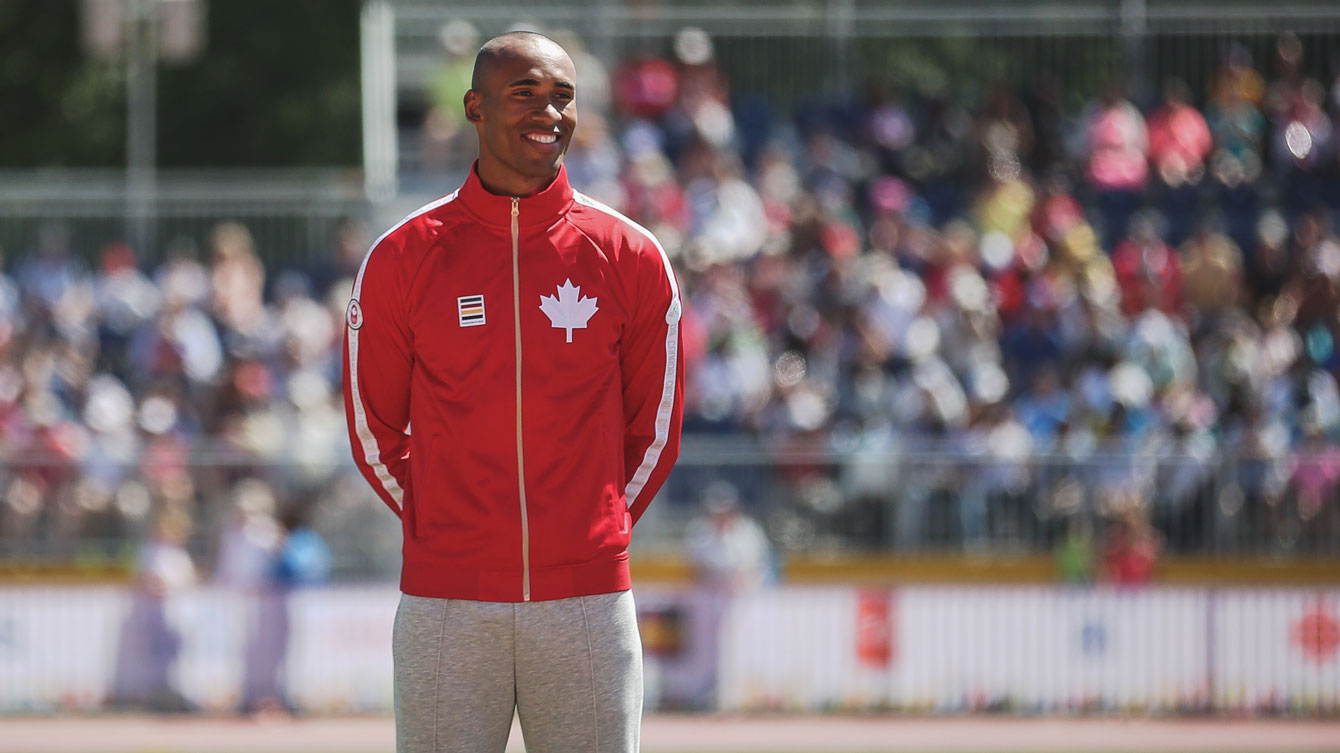 Damian Warner on the podium prior to receiving his decathlon gold medal at Toronto 2015 Pan American Games (Photo: Alexandra Fernando for COC).

Canada won five medals in Moscow; a silver courtesy of Brianne Theisen-Eaton in heptathlon, and found the podium four times for bronze via Dylan Armstrong (shot put), Damian Warner (decathlon), Derek Drouin (high jump) and the men’s 4x100m relay team. Only medallists missing from that team as Beijing begins are Armstrong and Dontae Richards-Kwok, who was the third runner on the podium-bound relay team.

While all returning athletes and team above are expected to compete for medals, Canada has several new additions in China who have already added a new layer of excitement and could help Athletics Canada surpass its 2013 medal haul. 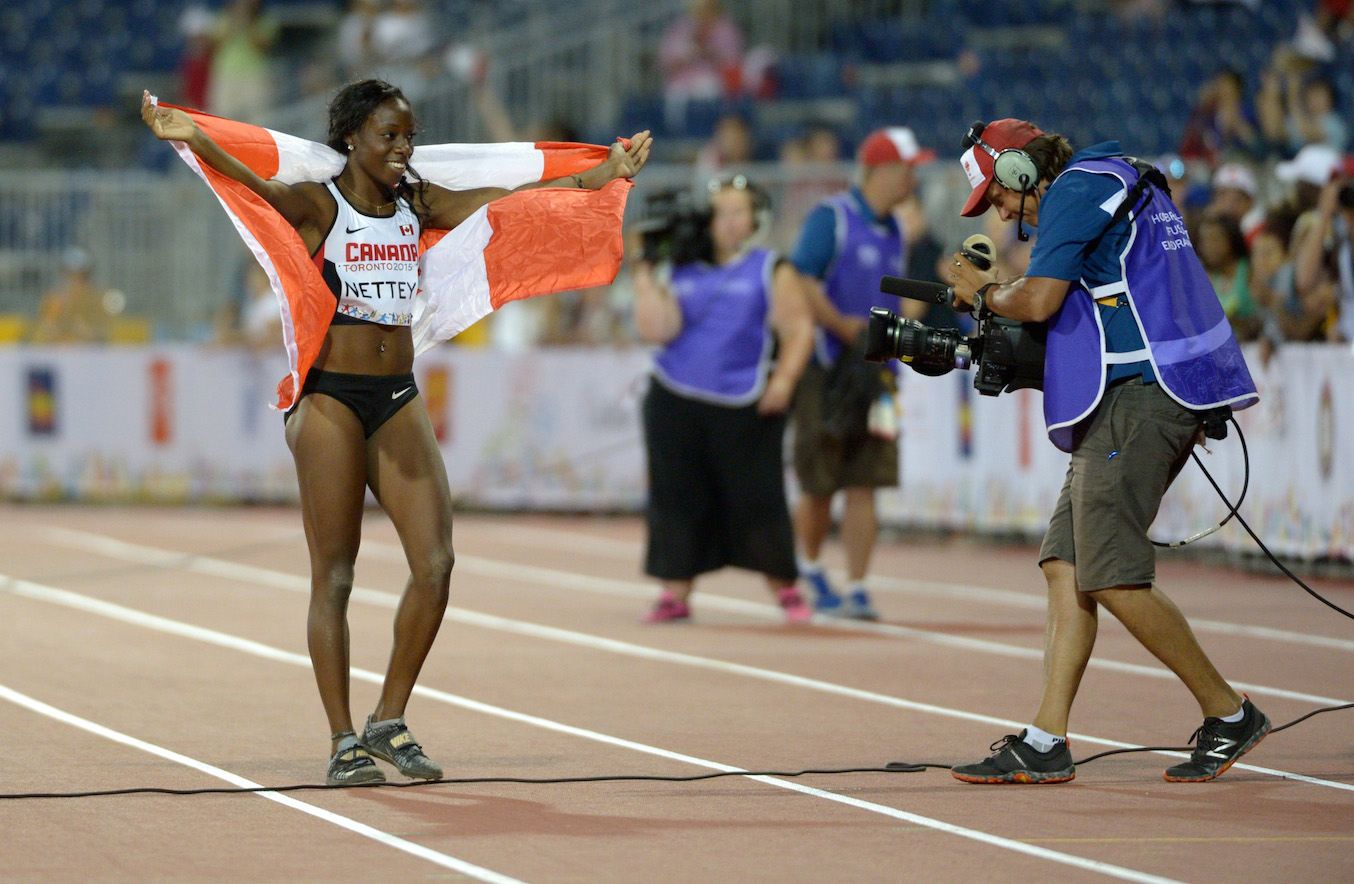 Pan Am Games champions Andre De Grasse (100m), Christabel Nettey (long jump) and Shawn Barber (pole vault) are all young athletes who come into worlds with lofty expectations. Cam Levins (10,000m), had a disappointing Pan Am Games but has the fourth fastest time in the world this year. Of athletes who may surprise, Evan Dunfee (20km walk) – another Pan Am Games champion – must be mentioned. Dunfee beat a field that included an Olympic silver medallist at Toronto 2015. His teammate, Inaki Gomez, finished second in Toronto and was eighth in the world at Moscow two years ago.

Others ranked top 10 in the world on this resurgent Canadian track team are Sultana Frizell (hammer throw), Liz Gleadle (javelin) and the women’s 4x100m and 4x400m teams. 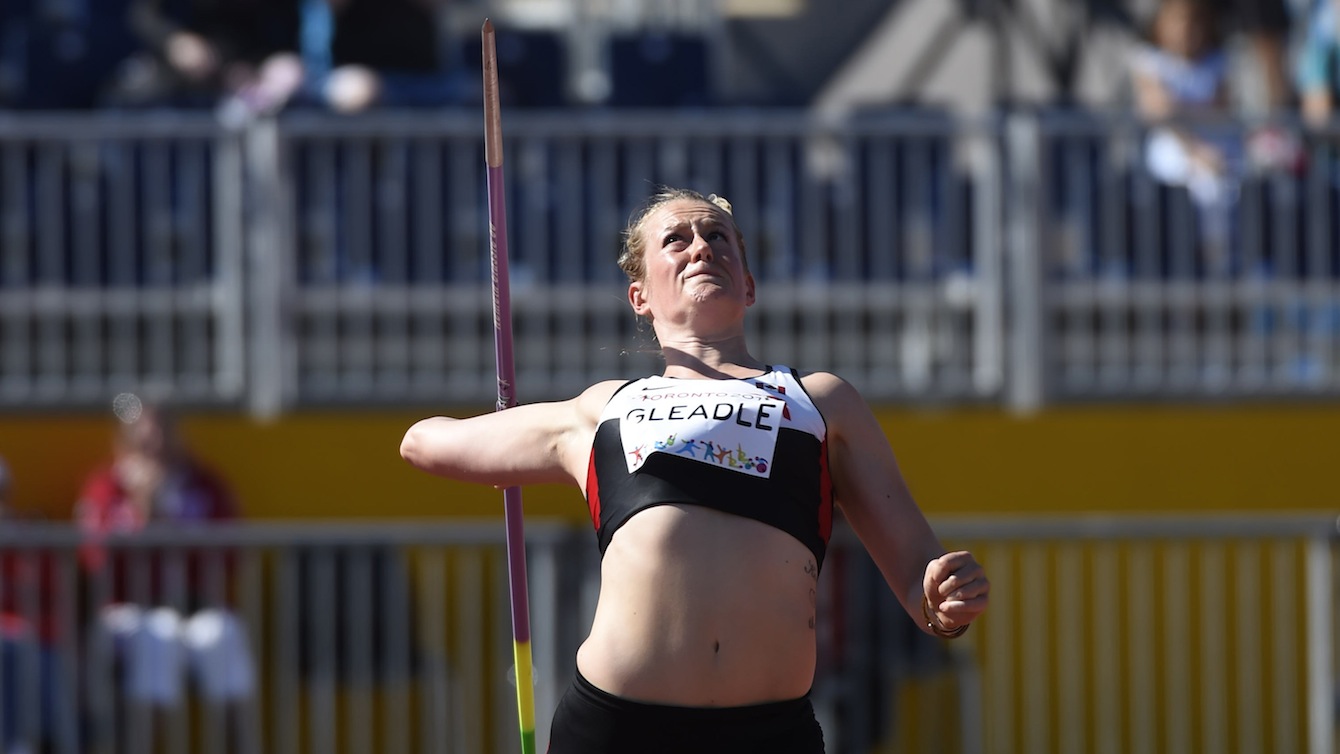 Canada hasn’t won an IAAF worlds gold medal since Saint-Denis 2003 when Perdita Felicien was the planet’s most dominant female hurdler, winning the 100mh in Canadian record time, which she reset again a year later.

CBC will have daily live streams of the competition at Beijing 2015, with recorded coverage on television. Athletics Canada has a compeition page with full team roster and other details about the squad.

With less than a year to Rio 2016, a youthful Team Canada will have a chance to test itself against the best in the world. While some things will change between now and Rio, the IAAF World Championships prior to an Olympic year usually serve as a strong indicator of Canada’s place in the world.