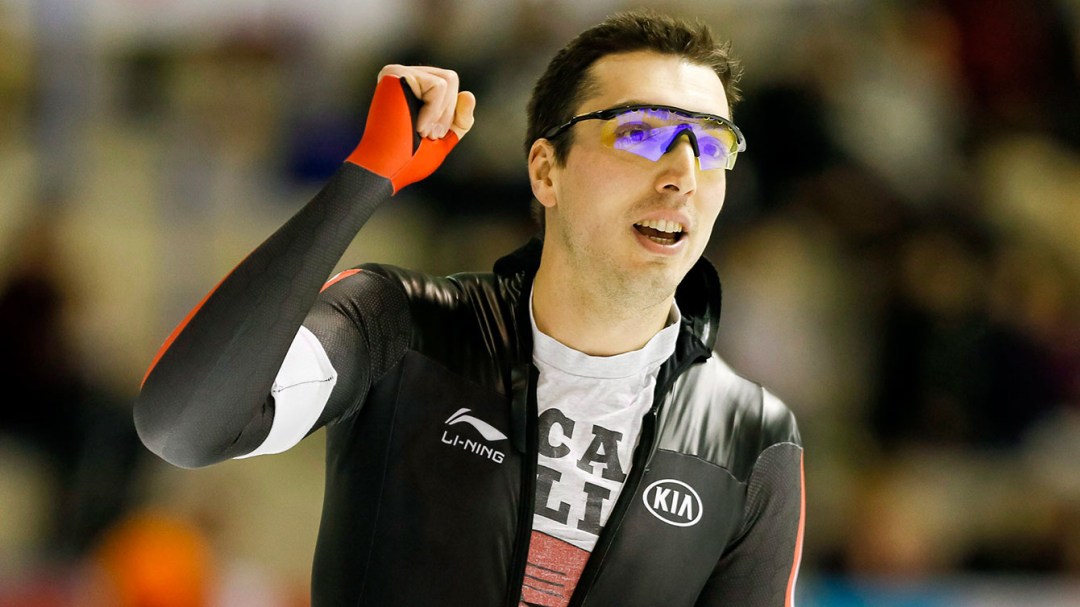 The men’s 500m is proving to be Canada’s event, at the halfway point of the World Cup long track speed skating season.

By finishing second, Sherbrooke’s Alex Boisvert-Lacroix became the third of his teammates to win a medal in the sprint event at a World Cup in Inzell, Germany. Gilmore Junio and Alexandre St-Jean went 1-2 on Friday (see below).

Boisvert-Lacroix skated a time of 34.74 seconds, nine one-hundredths of a second behind Artur Was of Poland. The Netherlands Kai Verbij was third in 34.80 seconds.

Boisvert-Lacroix won a bronze in the season-opening World Cup in Calgary, which was his first medal at this level. Sunday’s silver puts him fifth in the overall World Cup rankings, and one of three Canadians in the top-5. Junio is third and William Dutton is second. 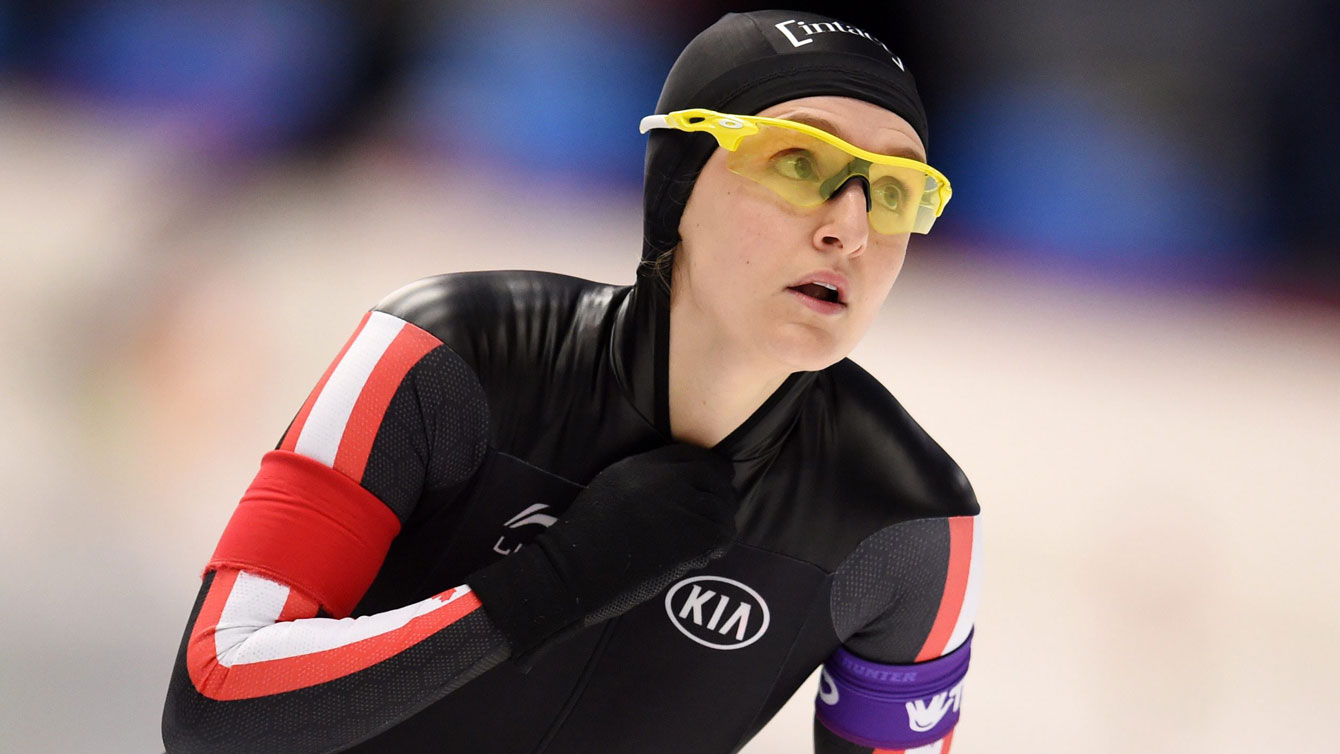 Calgary-based Heather McLean stood on the podium as an individual for the first time by turning in a time of 38.02, good enough for third in the women’s 500m. Sang-Hwa Lee of Korea was victorious, stopping the clock at 37.36 seconds, 0.48 seconds ahead of American Heather Richardson-Bergsma.

In the women’s mass start Olympian Ivanie Blondin was second, the same spot she occupies on the overall World Cup rankings after three stops. Her trip to the podium brought Canada to five medals at the conclusion of the Inzell meeting. 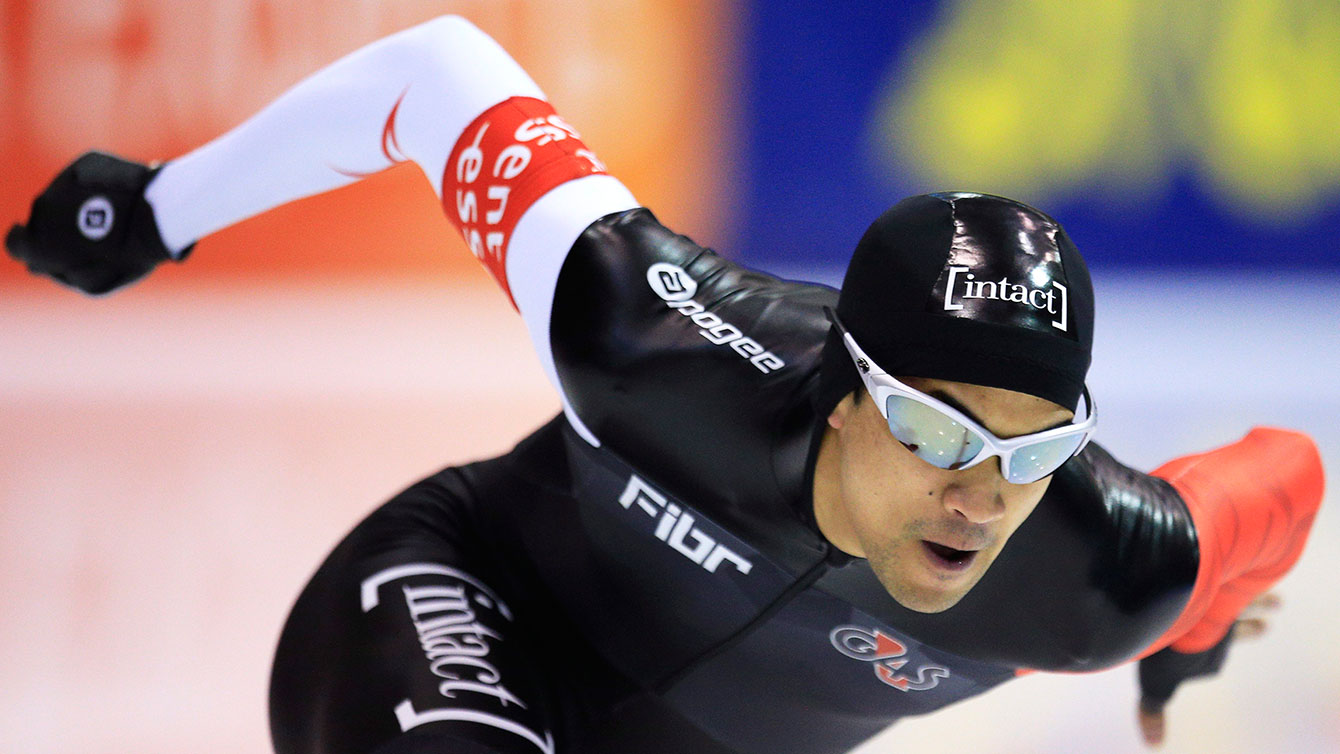 Canada’s Gilmore Junio and Alexandre St-Jean finished first and second, respectively, in the 500m while teammate Laurent Dubreuil was one one-thousandth of a second from third at a speed skating World Cup in Inzell, Germany.

Junio won with a time of 34.86 seconds with St-Jean only four one-hundredths behind. Poland’s Artur Was, Dubreuil, and the Netherlands’ Hein Otterspeer all tied at 34.97 seconds, but the tie was broken by going to the thousandth of a second. Was took the final podium spot with his time of 34.971 versus the Canadian’s 34.972. Otterspeer clocked in at 34.975 seconds.

It is the first stand-alone World Cup win for Junio. The Calgarian tied for a gold medal with Japan’s Joji Kato back in November 2013 at a race in Salt Lake City. That was also when Junio skated his personal best, 34.25 seconds.

The win lifts the 25-year-old Junio to third in the overall World Cup standings for the 500m, behind Humboldt, Saskatchewan’s William Dutton, who was 18th on Friday. Russia’s world record holder Pavel Kulizhnikov, absent from today’s race, leads them both. There is a second 500m race scheduled for Sunday.

In other Friday races, Heather McLean also had a near-podium performance in the women’s 500m, finishing a career-best fourth and just 0.02 out of bronze medal position. Ivanie Blondin was ninth in the women’s 3000m.

The Canadian men’s team pursuit, which had won gold at the World Cup in Calgary, did not skate. New 10,000m world record holder Ted-Jan Bloemen fell in the warm-up for the event and suffered a ‘laceration to his left shin’ according to a Speed Skating Canada release. He will be out two to three weeks, eliminating him from next week’s World Cup in Heerenveen, Netherlands. Bloemen will now rest in his native Netherlands before returning to Canada in mid-December. 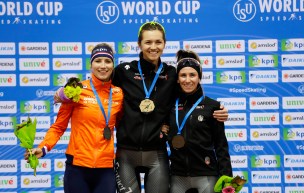 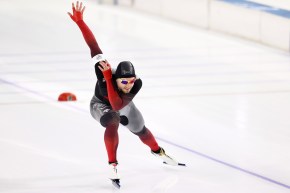 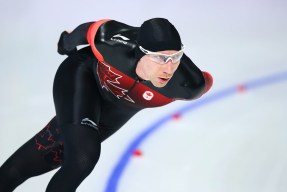