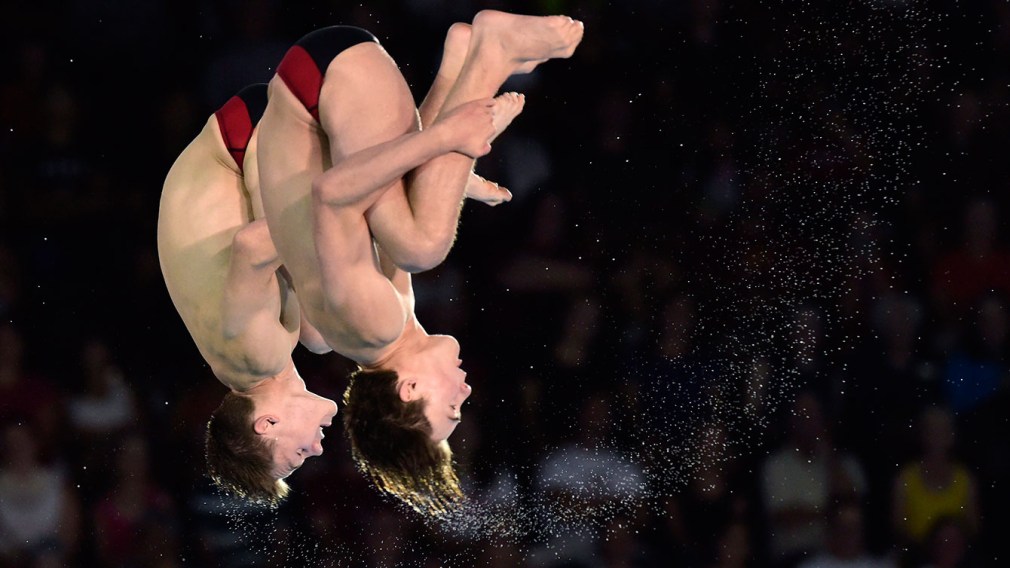 Canada’s divers leave Rostock, Germany with seven medals after picking up two more on Sunday, adding to a collection that began on Friday.

Jennifer Abel and Pamela Ware took bronze in women’s 3m syncrho. Their 285.24 points was well back of the winning pair, Chen Jiayu and HeXiaojie of China (314.40). A Dutch duo – Uschi Freitag and Inge Jansen – claimed the silver with 299.10 points.

Traveling with these ladies around the world has no price!!! Last day in Germany. Lets make our synchro event a success 💪🏽🇨🇦 #RoadToRio #1Down7ToGo #TeamSpeedo #TeamPwc #TeamVisa

That was Abel’s second medal in Rostock over the weekend. She took an individual 3m silver on Saturday (more on this below).

Another diver who will take two medals home from Germany in Vincent Riendeau. After taking a silver from Saturday with Philippe Gagne in the men’s 10m synchro, Riendeau returned to the platform in the individual competition to take a bronze.

Gagne takes home the biggest share of medals with three earned through Friday and Saturday.

The next stop in the FINA Diving Grand Prix is San Juan, Puerto Rico in early March. The season will go well past the Olympic Games in August, with a stop in Gatineau, Quebec in from April 7 to 10.

Canadian divers added three medals – one gold and two silver – on the second day of the FINA Diving Grand Prix in Rostock, Germany.

Armed with a bronze from Friday’s 3m springboard, Philippe Gagne teamed up with François Imbeau-Dulac for the 3m synchronized competition on Saturday. The pair edged out German duo Stephen Feck and Patrick Hausding, the winner of men’s 3m competition to take gold. The Canadians won with 418.68 points, while the Germans scored 414.63 followed by Antoine Catel and Matthieu Rosset of France (408.63).

However, two medals weren’t enough for Gagné who went back on the board with Vincent Riendeau for the 10m synchronized competition. The pair finished second with 411.48 points, behind the Chinese winners Xu Zewei and Tai Xiaohu (461.58) and ahead of Tim Barthel and Dominik Stein of Germany (395.37). 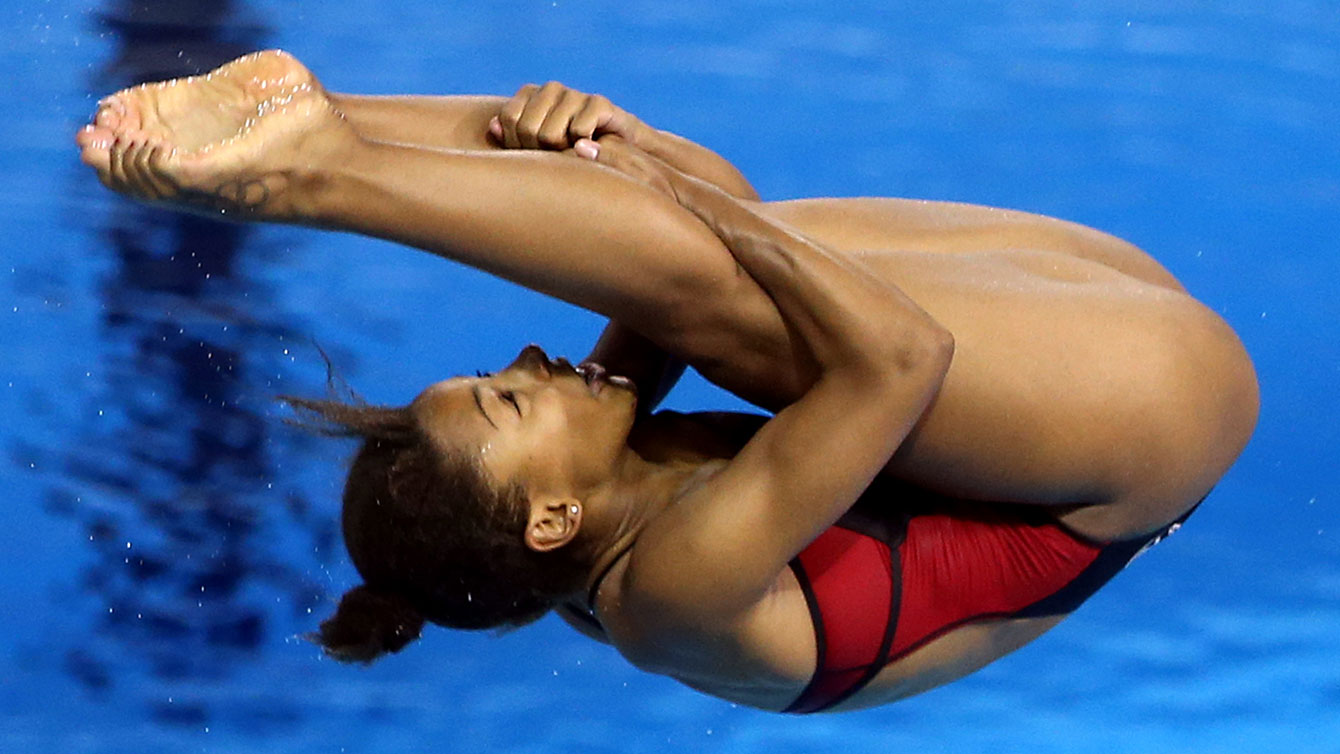 Olympic bronze medallist Jennifer Abel brought home a silver medal of her own in the women’s 3m springboard. The Canadian scored 328.05 points to finish between Chinese divers He Xiaojie (354.90) and Chen Yiwen (327.60). Pamela Ware also qualified for the women’s final and finished sixth with a score of 304.00.

Next up, Abel and Ware will join forces on Sunday for the women’s 3m synchro, while Maxim Bouchard and Riendeau take on the field in men’s 10m platform.

Olympic bronze medallist Benfeito qualified for the women’s 10m platform final in second, after an impressive semifinal performance of 350.90 points. With only 2.95 points separating the Canadian and Chinese leader Ding Yaying, it was either diver’s competition. However, after six final dives it was Ding who earned 378.05 points to win gold, while Benfeito finished second with 371.30 ahead of China’s Suo Miya (346.95). 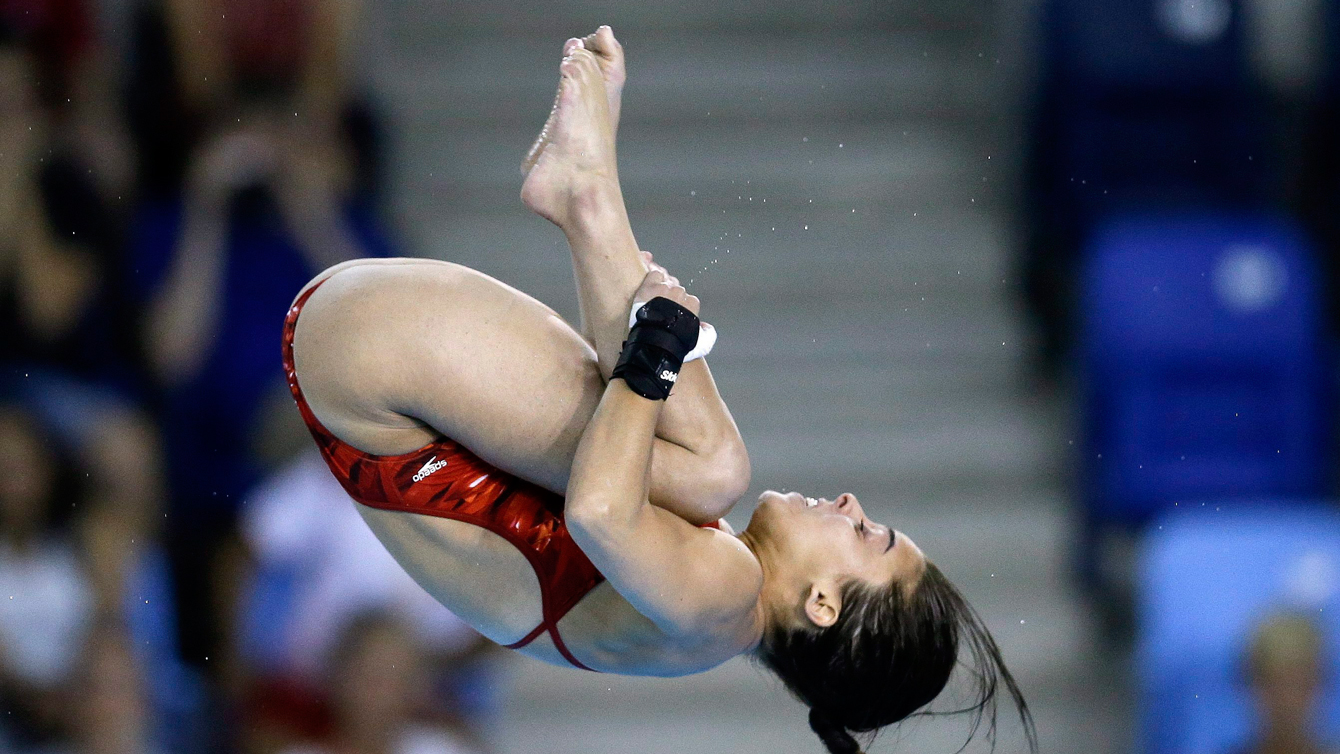 Meaghan Benfeito of Canada dives during the women’s 10-meter platform event at the Pan Am Games Saturday, July 11, 2015, in Toronto. (AP Photo/Mark Humphrey)

The Canadians will aim to continue their podium success in the women’s 3m competition as well as the men’s 3m and 10m synchronized diving events on Saturday.