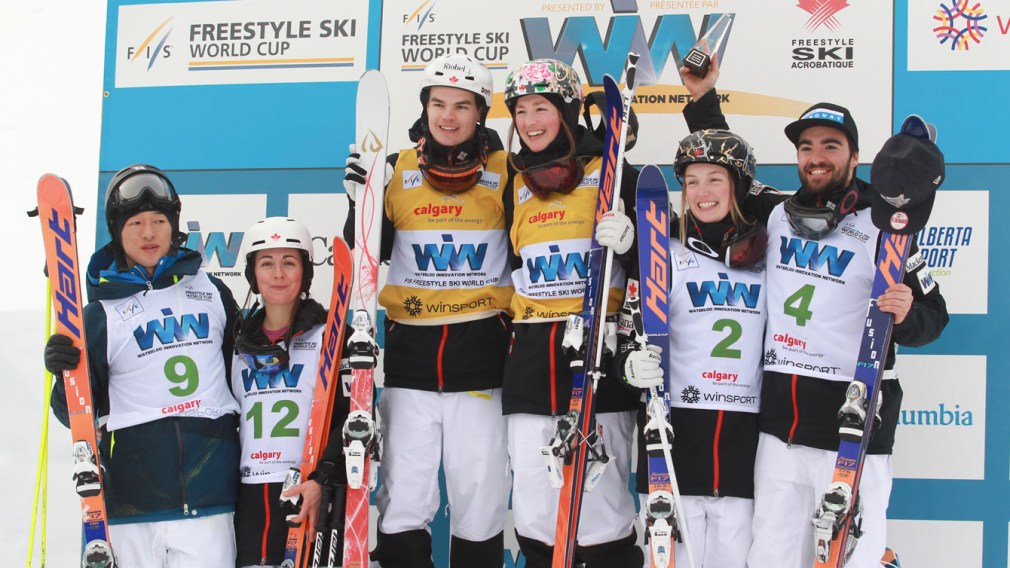 Reversing their 1-2 position from a week ago, Chloe Dufour-Lapointe won the women’s contest ahead of her younger sister Justine. Oldest sister Maxime didn’t make the podium as she had last week in Val Saint-Come, Quebec, on this occasion third place going to Andi Naude. 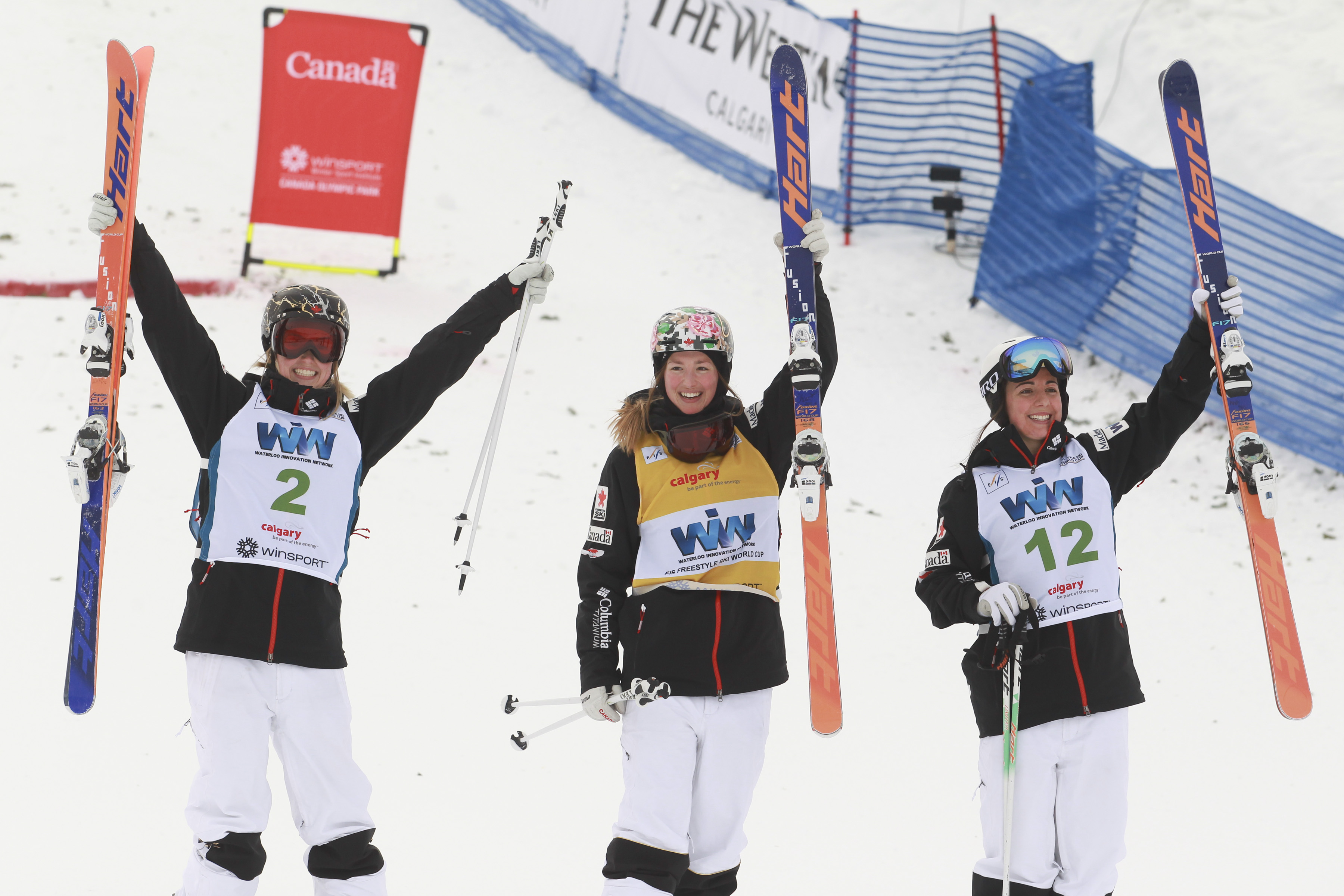 An incredible five of six finalists in women’s moguls were Canadian, with Olympian Audrey Robichaud joining the Dufour-Lapointes and Naude in the final showdown on the hills of WinSport Canada, home of the Calgary 1988 Olympic Winter Games.

Chloe Dufour-Lapointe’s 77.42 was the target for her sister Justine on the final run. The Olympic champion though fell just short of the top step of the podium scoring 77.24. Naude, who had lead earlier, dropped to third with her score of 74.11.

In men’s competition, Mikael Kingsbury won his third straight moguls title to start the season, following on his record-breaking triumph in Ruka and decisive victory in Quebec with a slight edge in Alberta over teammate Philippe Marquis, who was second.

Marquis had set the target of 80.51 for Kingsbury, who followed through on the last run with a score of 81.63. Sho Endo of Japan – the only non-Canadian to find a podium place – was third with 75.34 points. 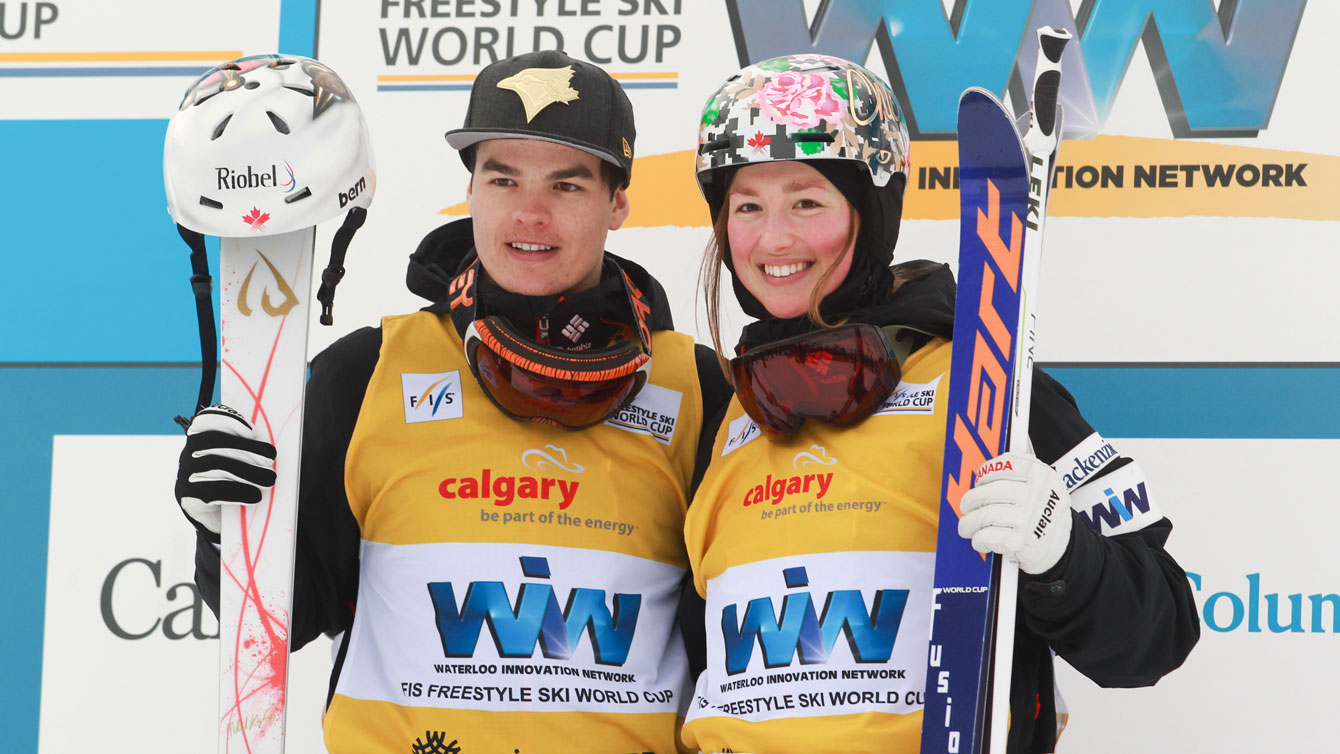 Last week in Quebec, the Dufour-Lapointe sisters finished a historic 1-2-3 on the women’s podium. It was second of three straight finishes in the medals this season for middle sister Chloe, who leads the overall women’s moguls World Cup standings.

Kingsbury is the clear leader in men’s World Cup standings with a maximum 300 points (100 for each victory) and is on pace to win a fifth consecutive overall title.