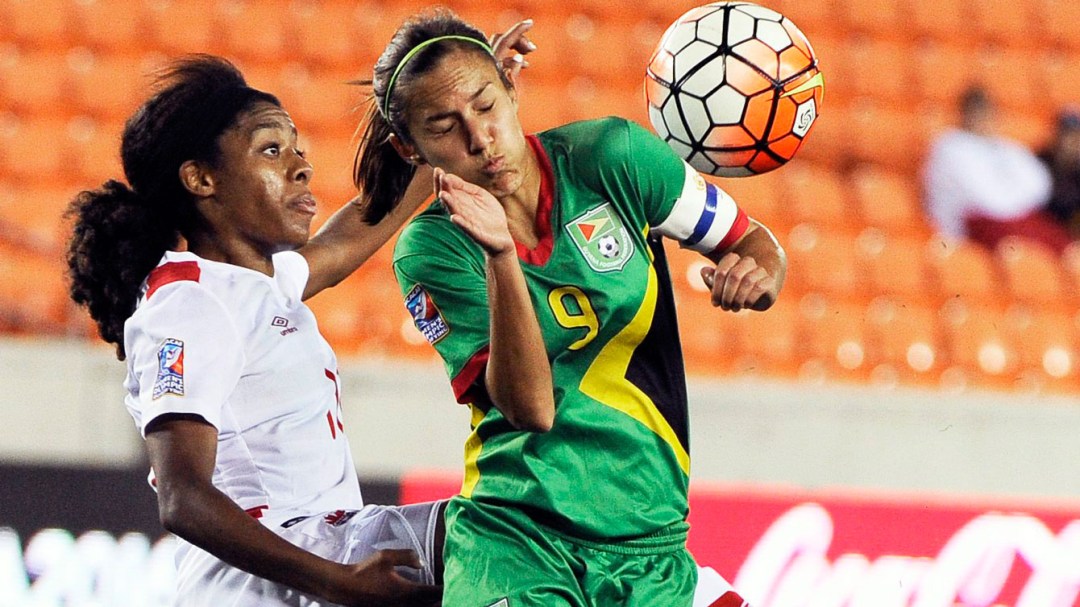 Feature photo: Ashley Lawrence (left) in a match against Guyana on February 11, 2016.

Canada has started its Olympic qualification tournament in women’s football with a 5-0 win over Guyana, powered by a hat-trick from Ashley Lawrence.

The 20-year-old midfielder scored twice within minutes of the second half restart, adding to her goal in the opening half, when 16-year old Deanne Rose was the star with a brace.

Lawrence had previously scored her only international goal in the FIFA Women’s World Cup last summer in Canada against the Netherlands. 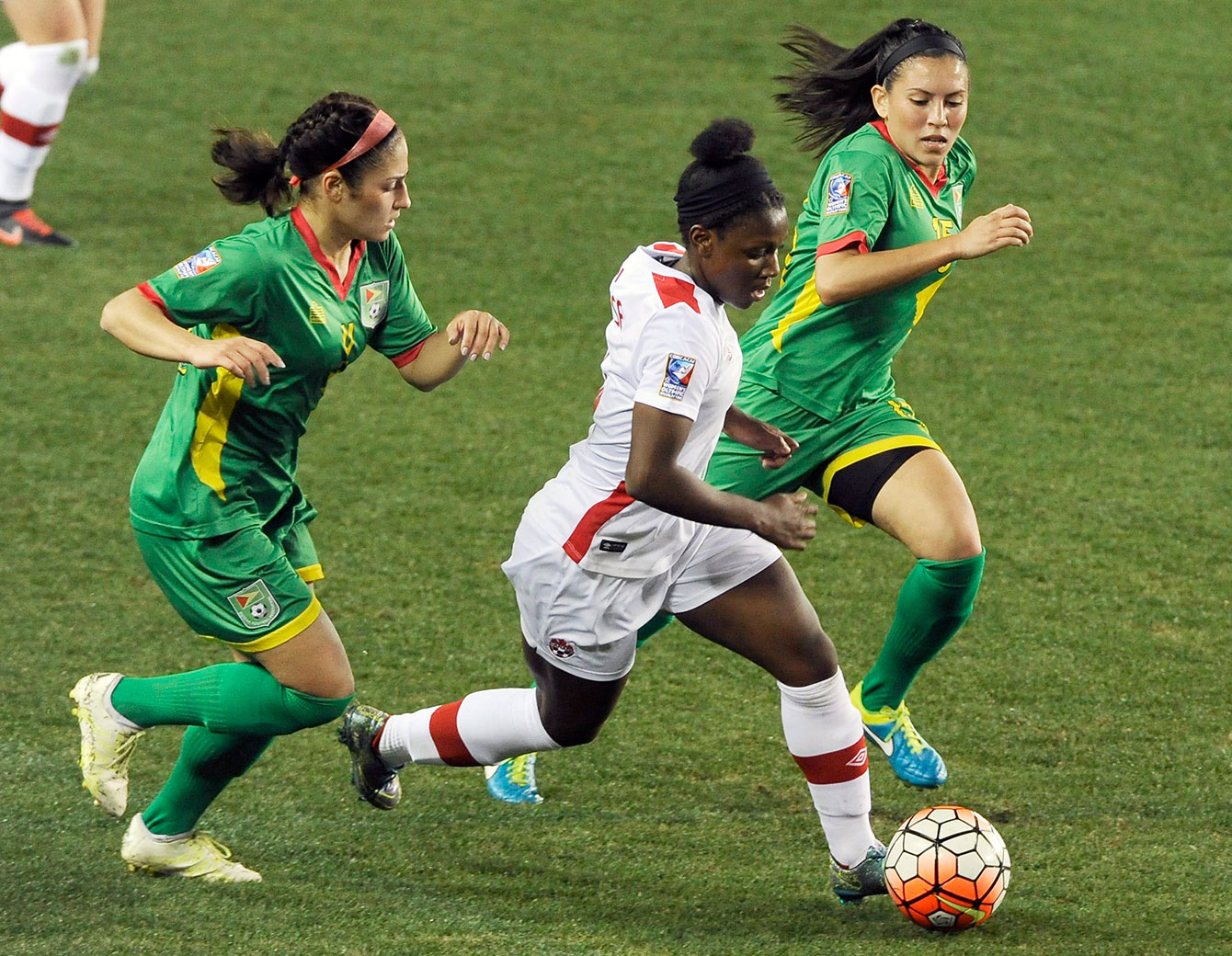 Deanne Rose (in white) against Guyana on February 11, 2016 in a CONCACAF women’s Olympic qualifying match.

Canada is the 11th ranked country in the world by FIFA, well ahead of Guyana’s 89th place rating and that gulf in class was evident.

Guyana tried to contain Canada by playing all outfield players behind the ball, allowing the Canadians possession, time and some space out wide. That tactic worked for less than 25 minutes, the moment when Rose connected with a Sophie Schmidt header toward goal, redirecting the ball for a 1-0 lead.

That was followed by Lawrence’s first of three, before Rose added her second before intermission.

Canada’s next match will be against Trinidad and Tobago on Sunday, before ending group play against Guatemala two days later.

Should Canada finish top two in the group, it will advance to the semifinals of this regional (CONCACAF) Olympic qualifying tournament, where a win will secure a Rio 2016 spot.