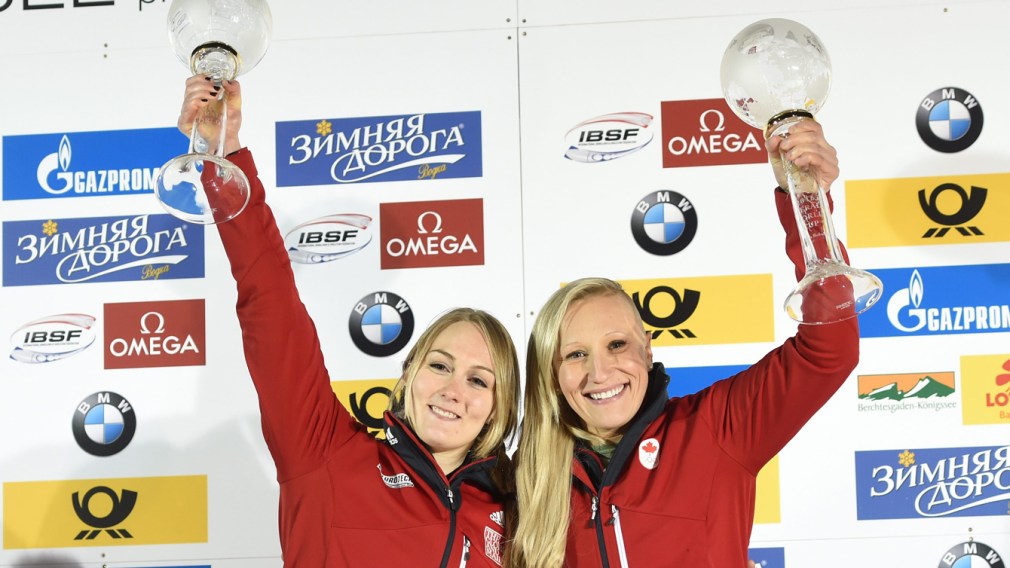 Kaillie Humphries and Melissa Lotholz rounded off their incredible BMW IBSF World Cup season with a silver medal and the overall women’s bobsleigh title, in Konigssee on Friday.

The pair went into the final stop of the World Cup circuit with seven medals – four gold, one silver and two bronze – after making the podium in each event. The Canadians who dominated throughout the tour were ranked first overall, 58 points ahead of Jamie Greubel Poser’s sled from the United States.

After the first run Humphries’ sled led the competition with a time of 50.80 seconds, but only had a slight (0.03s) lead over track record holder Elana Meyers Taylor of the United States. Meyers Taylor and Kehri Jones produced an impressive second run, clocking 50.97s for a combined time of one minute 41.80s. Despite getting out of the blocks faster on the second run the Canadians finished 0.03s behind the United States’ sled to secure second place. Anja Schneiderheinze and Annika Drazek of Germany finished third 0.22s behind the leaders. 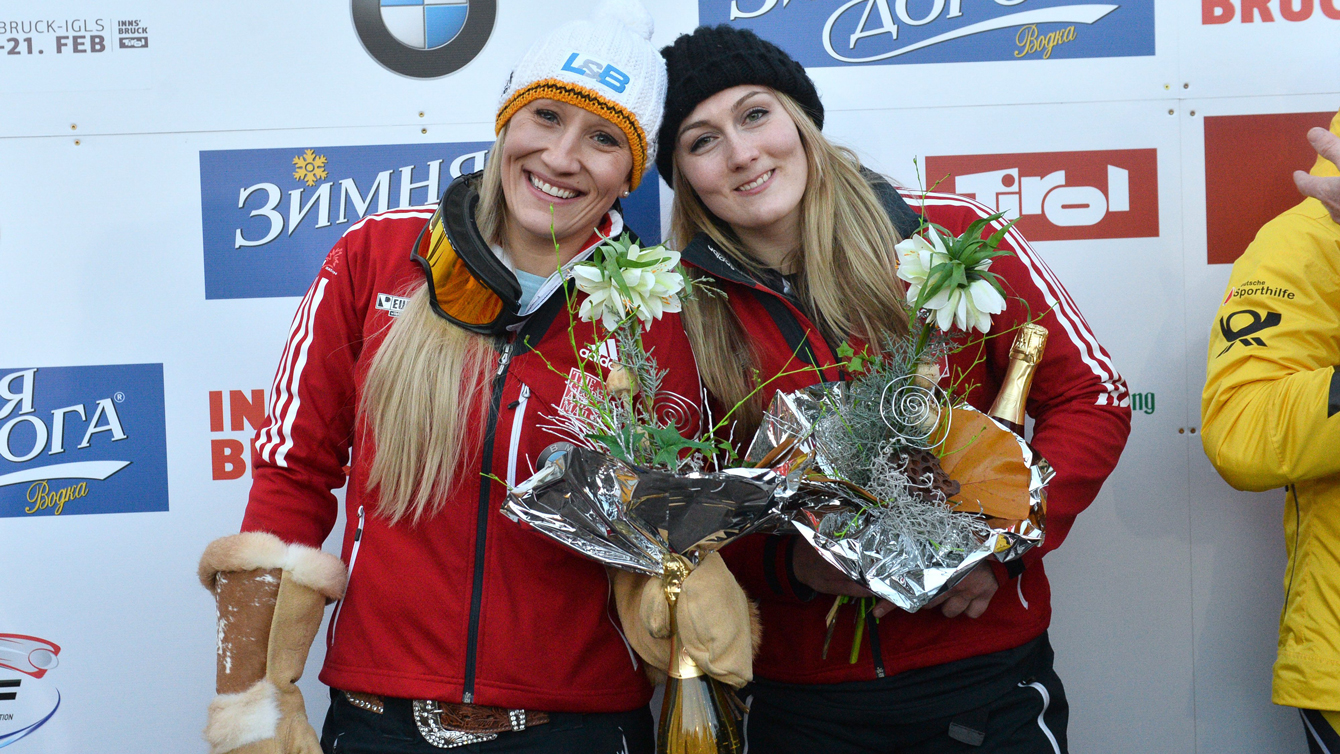 Kaillie Humphries and Melissa Lotholz celebrate after finishing second at the World Championships in Igls, Austria on February 13, 2016.

Lotholz and Humphries’ World Cup season featured several impressive performances including two track records, starting with a 56.79s run at the season opener in Altenberg. Their second record came on home soil, after the Canadians raced to 52.66s to break Humphries and Moyse’s Olympic winning track record in Whistler. 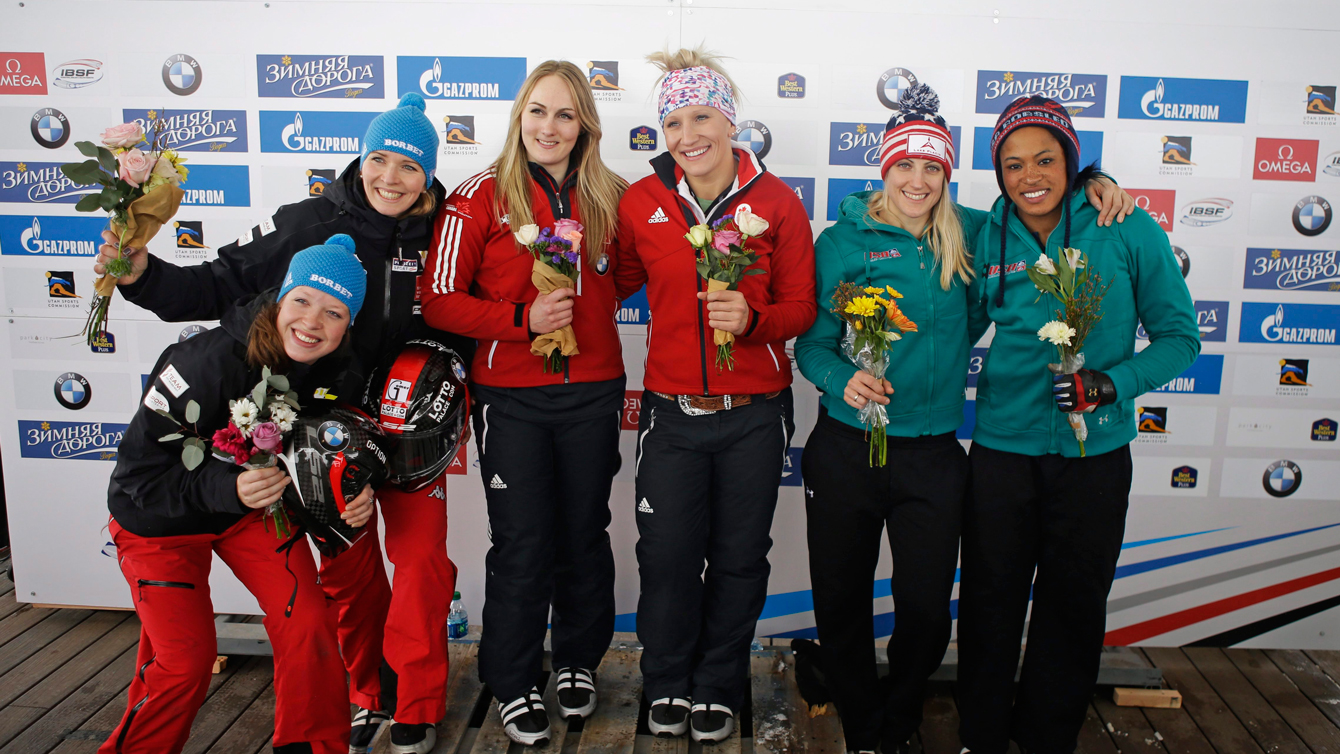 Outside of the World Cup circuit, the duo finished second at the World Championships in Igls, Austria. The Canadians also made history joining Cynthia Appiah and Genevieve Thibault to become the first-ever all-women crew to race in the four-man event in Lake Placid. With several medals, track records and historic performances this season Canada’s women’s bobsleigh program continues to be one to watch with less than two years to PyeongChang 2018.

The World Cup finale will continue with the two-man competition on Saturday, live stream available on cbcports.ca.

How well do you know bobsleigh, skeleton and luge?  Take our quiz to put your skills to the test!