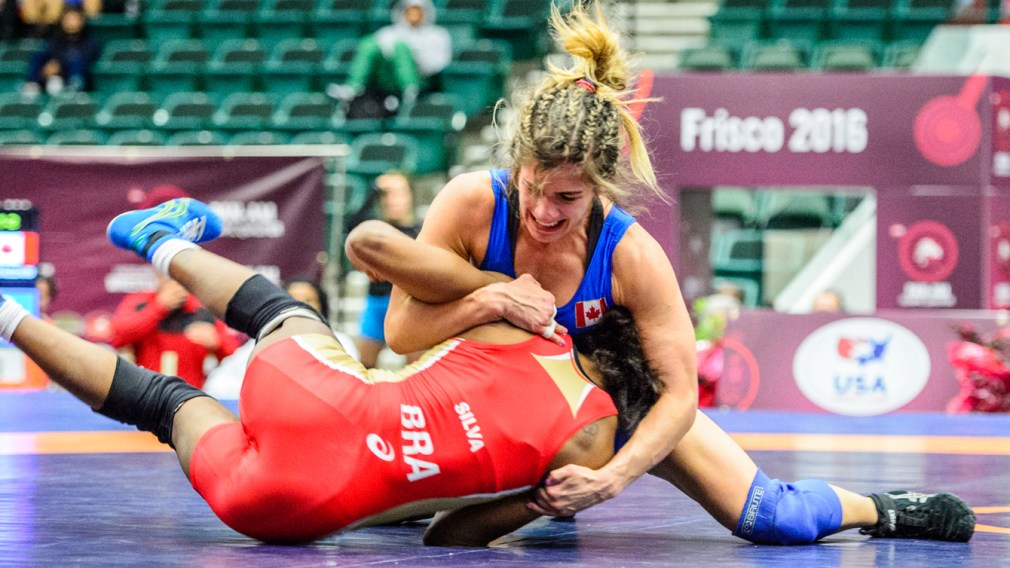 The Canadians held nothing back at the Pan American Olympic qualifier. Despite only requiring a top two finish in their weight classes to earn an Olympic berth, each wrestler fought to a gold medal. The quartet joined Jasmine Mian (48kg) and Danielle Lappage (63kg,) who secured Rio 2016 spots in December for berths that Canada had earned at the 2015 World Wrestling Championships in Las Vegas.

Related: Lappage and Mian wrestle to silver and bronze

How do you explain that feeling when you're living your childhood dream with five of your best friends. It's been such a journey and I couldn't have done it without the incredible support of so many people in my life. ————————————————————-WE'RE GOING TO RIO!?

Gallays, the 2014 world bronze medallist, dominated the 53kg category and easily defeated her opponents, who were unable to secure a single point against the Canadian. Gallays beat Whitney Conder of the United States (12-0), followed by Luisa Valverde Melendres from Ecuador (10-0), before winning by forfeit against Betzabeth Arguello Villegas of Venezuela.

Fazzari faced a close first match in the 58kg quarterfinals, beating Allison Ragan of the United States 5-4. However, once the Canadian had a victory on her column, she easily defeated Virginia Fernandez of Venezuela 9-0, before winning the final by fall against Brazil’s Joice da Silva 10-3. 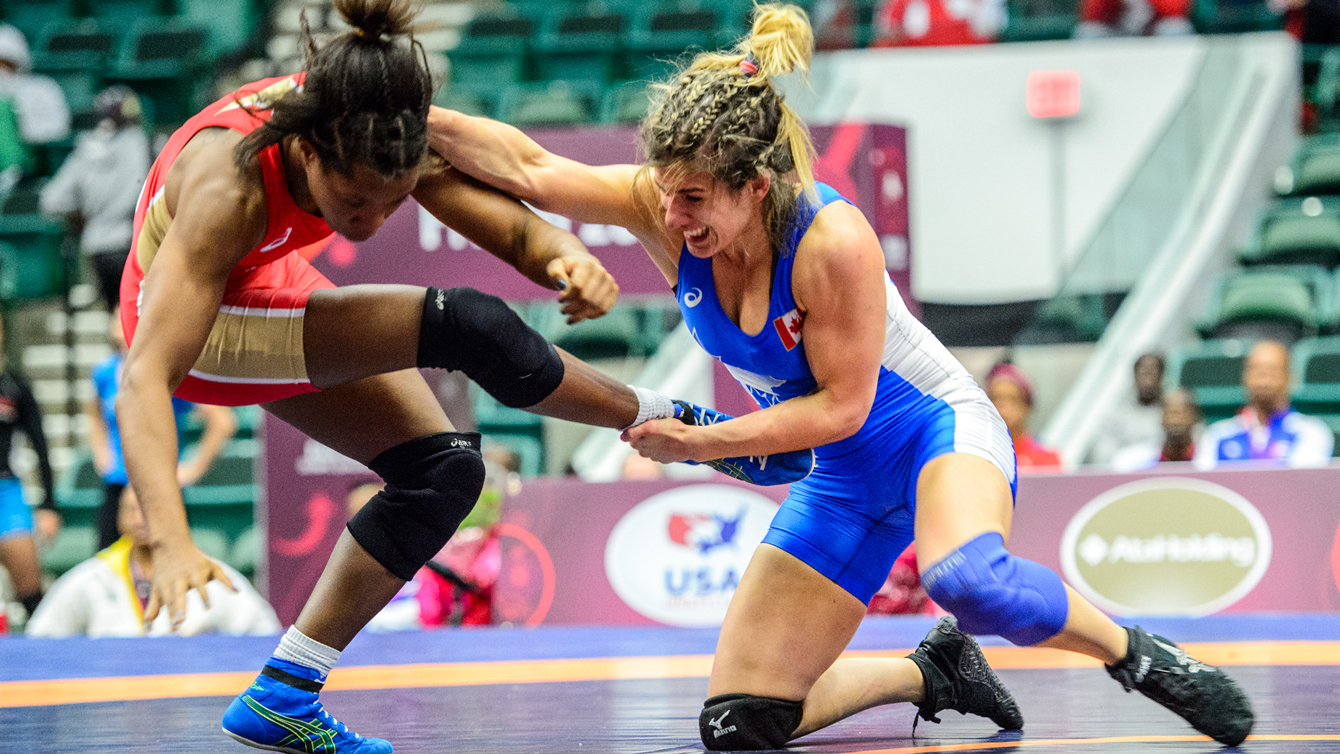 The 2015 Pan Am Games champion, Yeats (69kg) earned a 12-2 victory over Yudari Sanchez of Cuba, before winning 5-0 against Tamyra Mensah of the United States. Yeats saved her best performance for last winning the gold medal match 10-0 after leaving Gilda De Oliveira of Brazil scoreless. She’s following in the footsteps of her father Doug, a five-time Olympian in wrestling. 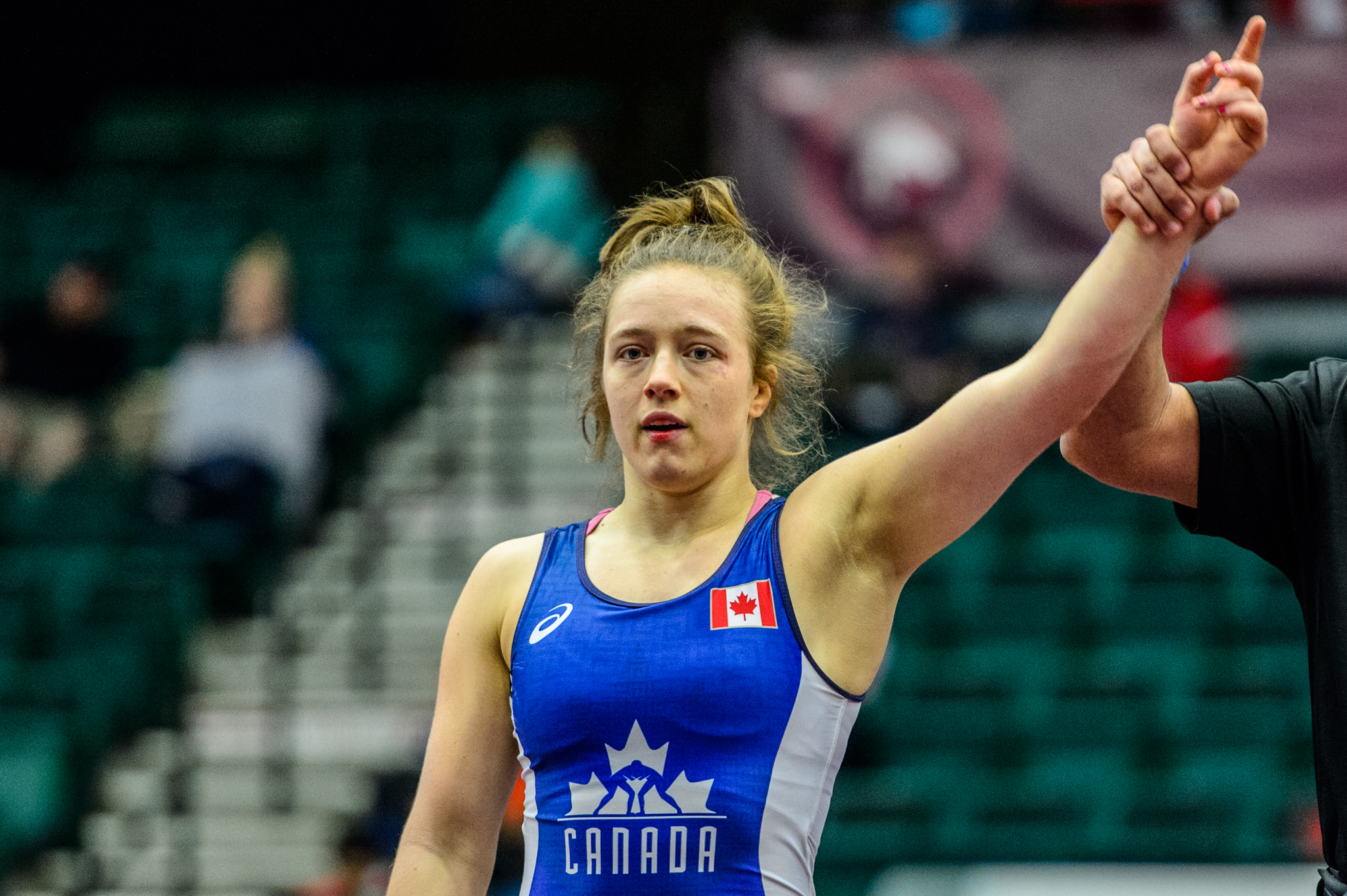 Canada is the first country to qualify for all six women’s wrestling events, leaving the squad to focus on the upcoming Games at Rio de Janeiro. The team will look to improve Canada’s performance at London 2012, where Tonya Verbeek (55 kg) and Carol Huynh (48 kg) won silver and bronze respectively.

Wrestling Canada’s golden girls qualify for Rio 2016
Ana Padurariu: Facing the never-ending challenges of 2020
Team Canada Athletes Train at Home
20 Team Canada Olympic Moments of Pride
Shuttlecock and balls: The fastest moving objects in sport
What is the difference between racquetball and squash?