Have you ever wondered if you could one day be an Olympian? Do you think you could compete on the world’s biggest stage? The Canadian Olympic Foundation is determined to help Canadian youth find out if they have what it takes and help them reach their full potential.

As part of our mandate to help transform Canada through the power of sport, the COF, alongside program partners RBC, CBC and the Canadian Olympic Committee (COC) launched RBC Training Ground in early 2016 – a series of regional combine events designed to help sport officials uncover athletes with Olympic podium potential, in sports they may not have considered. 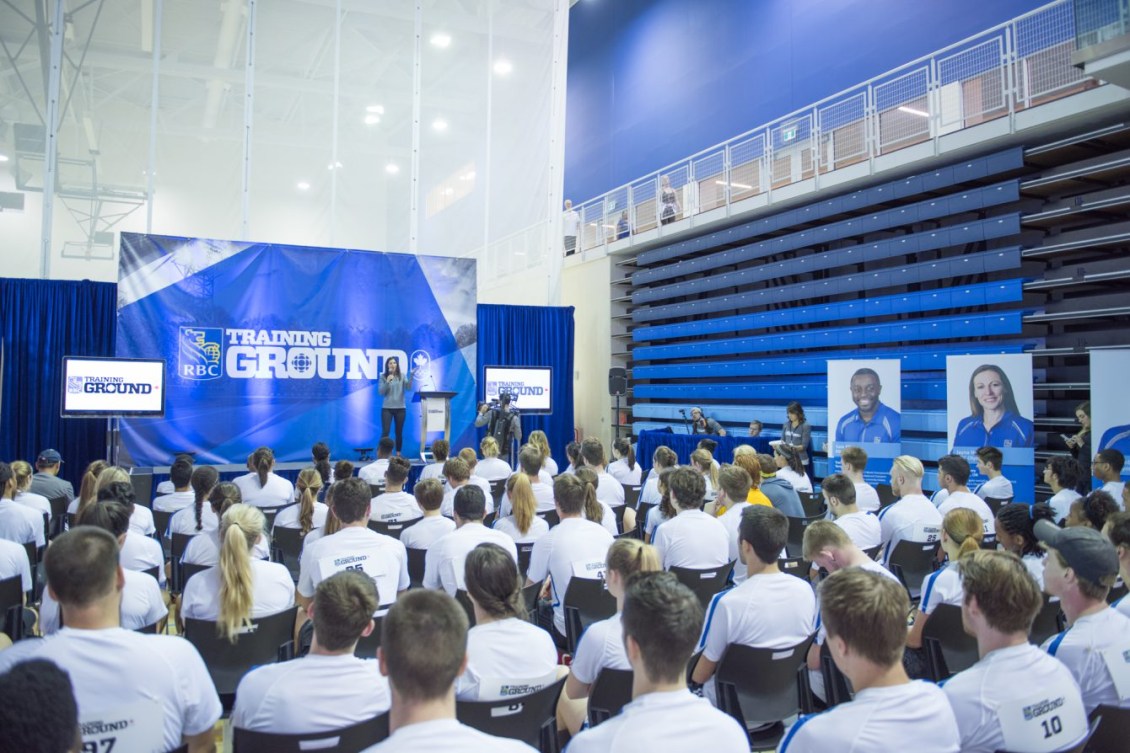 At RBC Training Ground events, athletes execute a series of combine workouts measuring speed, power, strength and endurance. They perform in front of coaches and officials from a variety of national and provincial sport organizations and their results are measured against performance benchmarks to determine if they have the athletic capacity for sport at its highest level. The program is open to selected athletes between the ages of 14 and 25. 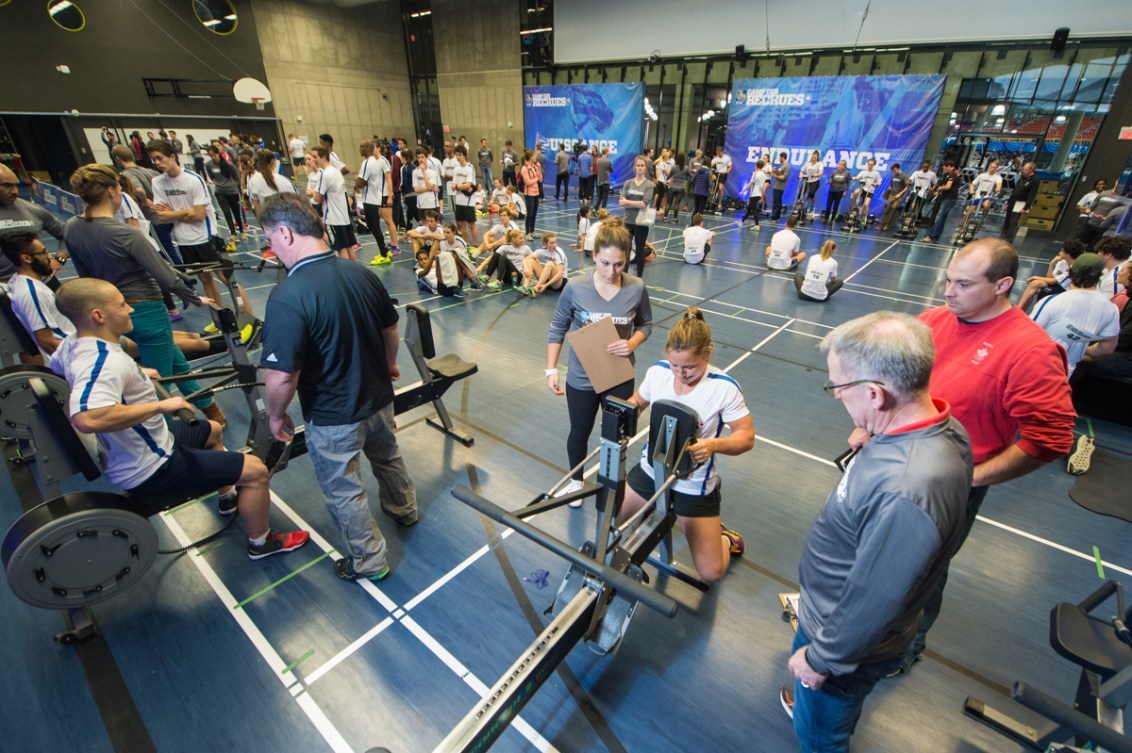 RBC Training Ground in Montreal was hosted at INS Québec.

“In order for us as a country to win, we’ve got to start collaborating and sharing all of these great examples of high-performance athletes, wherever they are and wherever they’re playing,” says Olympic track cyclist and Director of Talent at the Canadian Sport Institute Pacific, Kurt Innes. “That’s what this RBC program is trying to express: just come on in, have a go, demonstrate your current level of athletic abilities, and we will then help you find the sport that is the best fit for you.”

Kieanna Stephens, Tania Bambi, Pierce Lepage and Peter Collier were selected as the top performers and will receive a trip to the 2016 Olympic Summer Games in Rio de Janeiro, Brazil to help fuel their passion and commitment and familiarize them with the Olympic experience. Canada will be introduced to these four incredible athletes through a series of features that will air on CBC as part of the #RoadtoRio coverage.

Follow their stories all the way to the Games!

Follow the next generation of Canadian Olympians all the way to Rio! #RBCTrainingGround @rbc https://t.co/7oEq5e79Ia pic.twitter.com/2ocOvswmE3

In addition to the four winners, up to 40 additional athletes will be selected for further talent identification and be eligible to receive additional funding from RBC and access to high-performance training programs facilitated by the national sport federations. This support could include coaching, equipment, nutrition and other resources that are required to create the daily training environment that is required to cultivate their athletic talent.

The opportunity for further support is really important to brothers Sean and Ryan McAnuff from Oakville, Ont., who attended the combine in Toronto. The brothers, aged 18 and 21 respectively, play competitive lacrosse and are short track speed skaters. Already talent-transfer athletes, the two were very open-minded heading into RBC Training Ground. 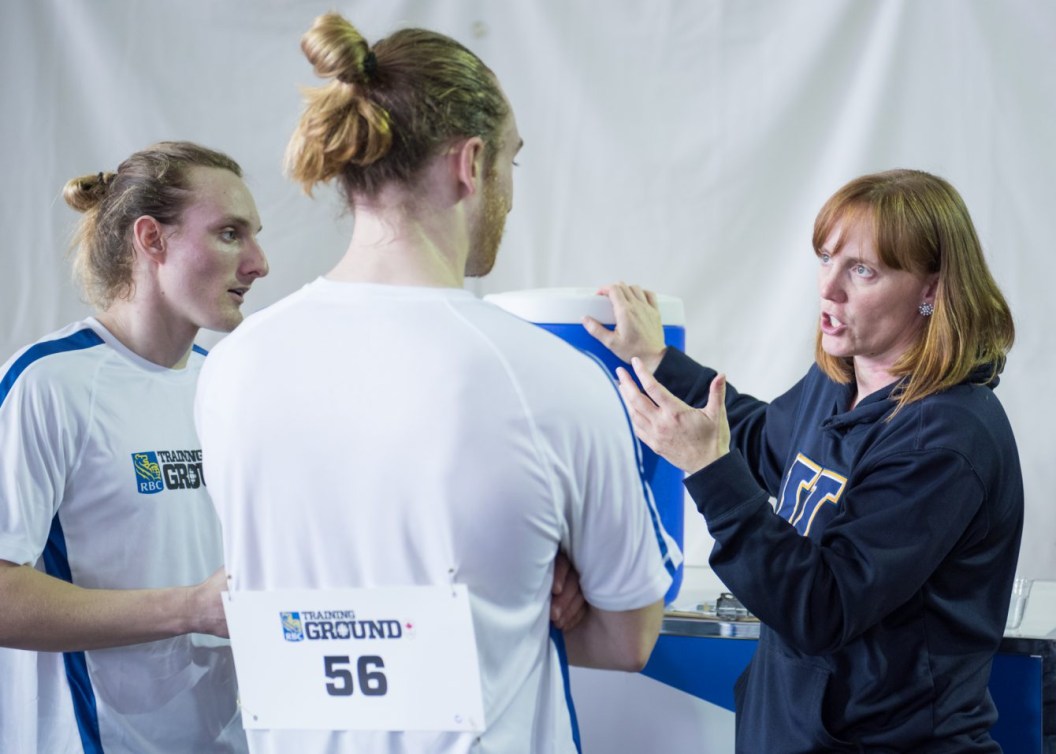 “This has been a great experience. It’s cool to meet other athletes from a wide variety of sports who share the same mission – to represent Canada at the Olympic Games,” says Sean. “We met rugby, hockey and volleyball players, track athletes and rowers,” added Ryan. “It’s interesting to see the skills and strengths required for different sports, and you can really see those unique strengths come out in the fitness tests at RBC Training Ground.”

Both Ryan and Sean surpassed the high-performance bench mark for the Arm/Leg bike, a punishing exercise designed to test an athlete’s endurance. It’s a fitness assessment relevant to rowing and cycling.

“We never thought we’d make great rowers, but after performing well on the arm/leg bike, one of the rowing coaches approached us and now it’s planted the seed,” says Ryan. “I’m willing to take this as far as I can. Whether it be rowing, bobsleigh, skeleton or whatever, I just want to compete.”

“I grew up playing lots of sports and this is a natural next step. I’m open-minded about my future, regardless of sport.”