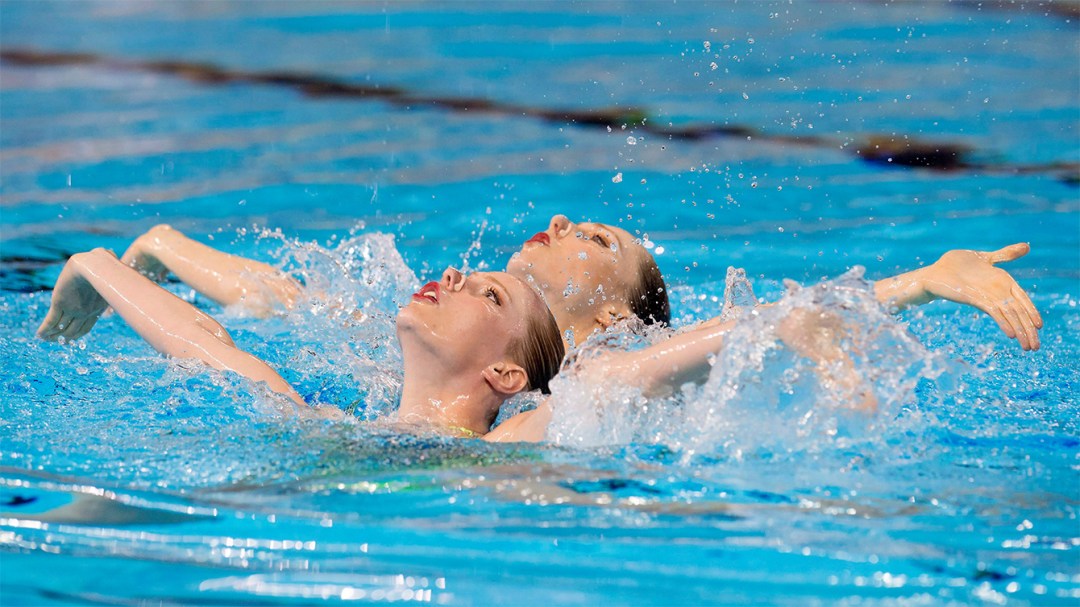 Jacqueline Simoneau and Karine Thomas were officially named to represent Canada at the Olympic Games of Rio 2016 in synchronized swimming.

They carry with them the weight of past Canadian success in this sport, with Synchro Canada especially dominant in the 1980s and early 1990s, though without an Olympic medal since Sydney 2000. Should Simoneau and Thomas medal in the duet, they’ll not only end a medal drought, but the former at the age of 19 would become the youngest Canadian Olympic medal winner in that event.

Before getting too far ahead, here’s a look back at Canada’s illustrious synchro past: 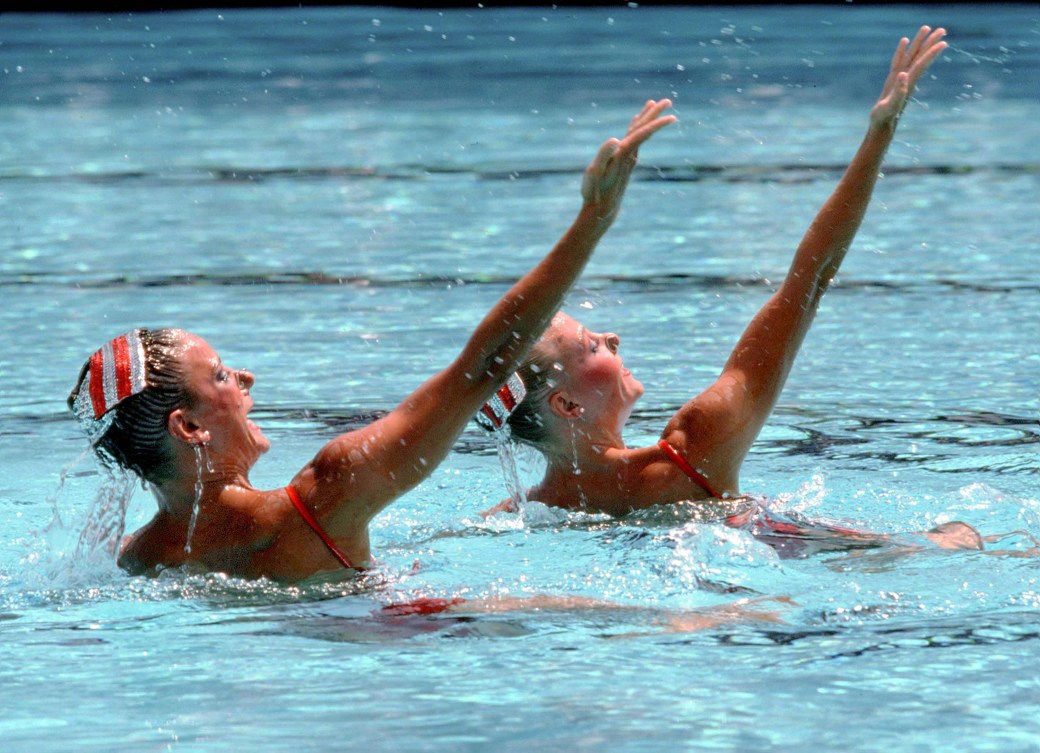 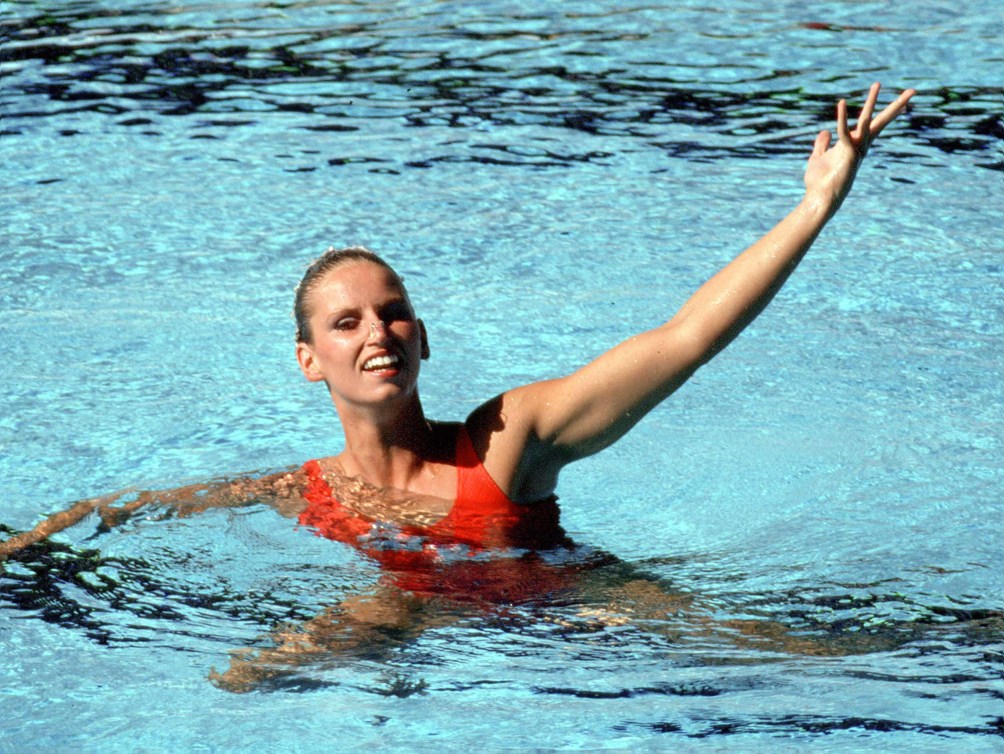 This was Carolyn Waldo‘s first Olympic Games. While her teammates Hambrook and Kryczka were favoured to face off against USA’s Tracie Ruiz for the solo event glory, it was Waldo with no significant record previous to these Games that qualified for the final and took home the silver behind the American. 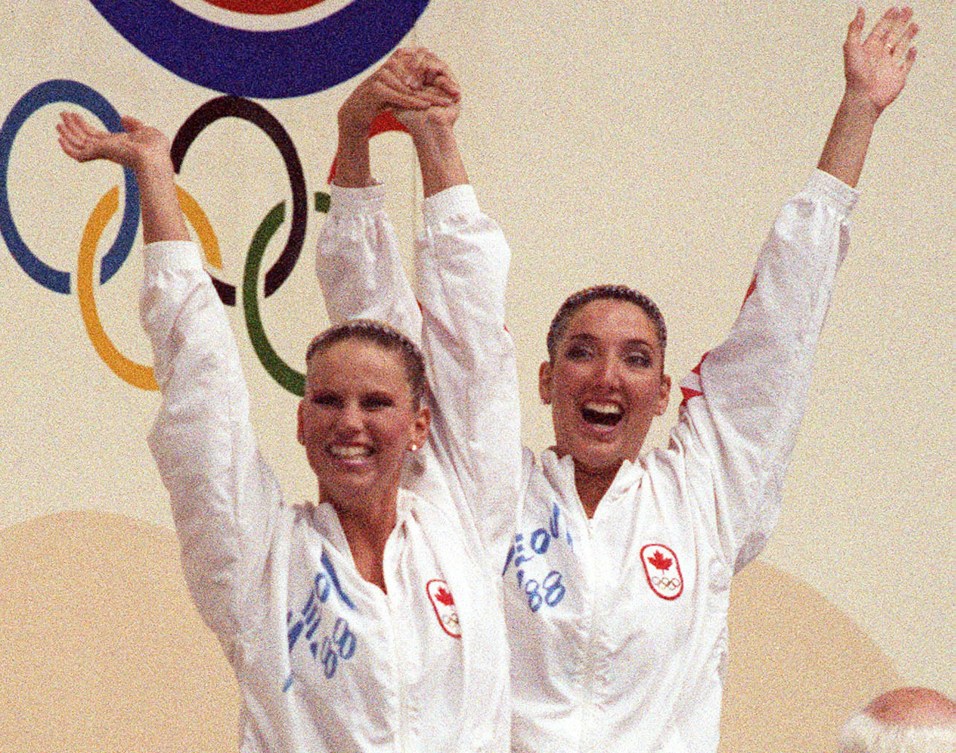 During the following Olympic Games, Canada struck gold in the duet category. Waldo teamed up with Michelle Cameron to beat the USA and Japan. While it was an incredibly close competition between the duo and American Pan-Am winners Karen and Sarah Josephson, the Canadians held onto their large lead right up to the final in order to win the event. 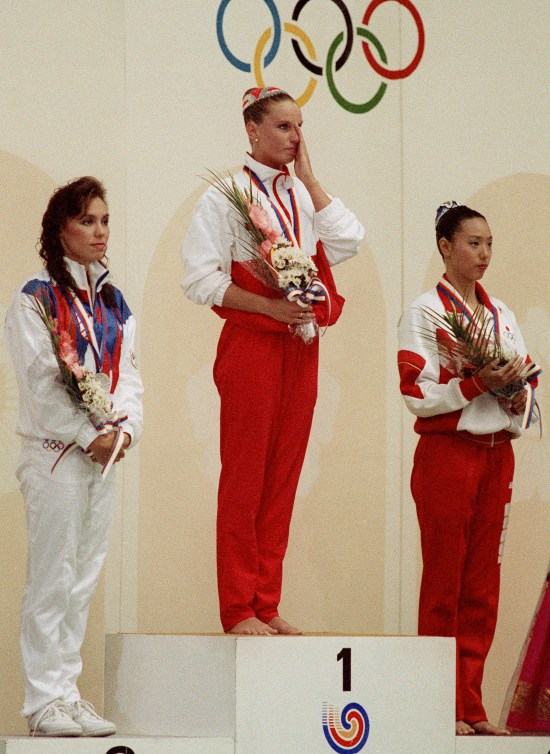 Canada’s Carolyn Waldo celebrates her gold medal win in the synchronized swimming event at the 1988 Olympic games in Seoul.

In the solo category, Waldo returned and quickly gained an incredible lead against previous gold medallist Ruiz. It was her first solo gold and an incredible third Olympic medal in two Games.

Highs and lows in Barcelona 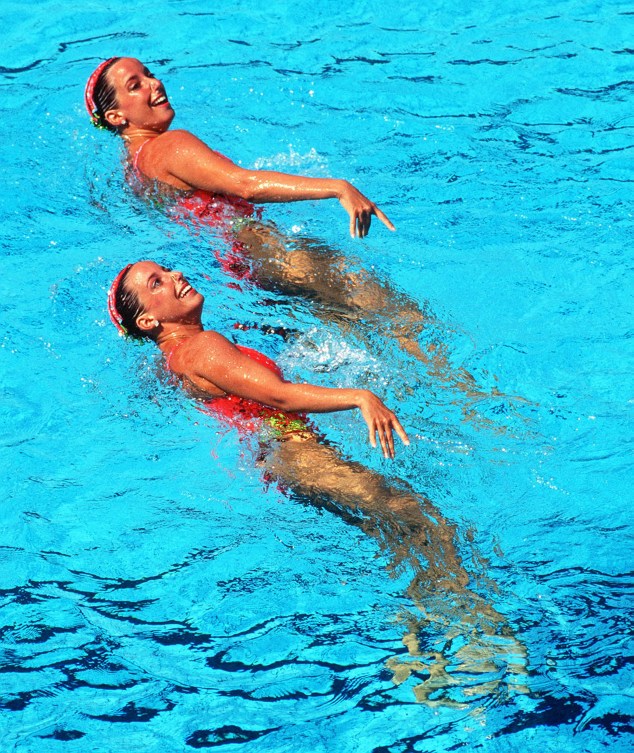 Identical Canadian twins Penny and Vicky Vilagos faced off against favoured American twin sisters, the Josephsons, who were undefeated since their Olympic appearance in Seoul.  In the end, the Canadians collected the silver. 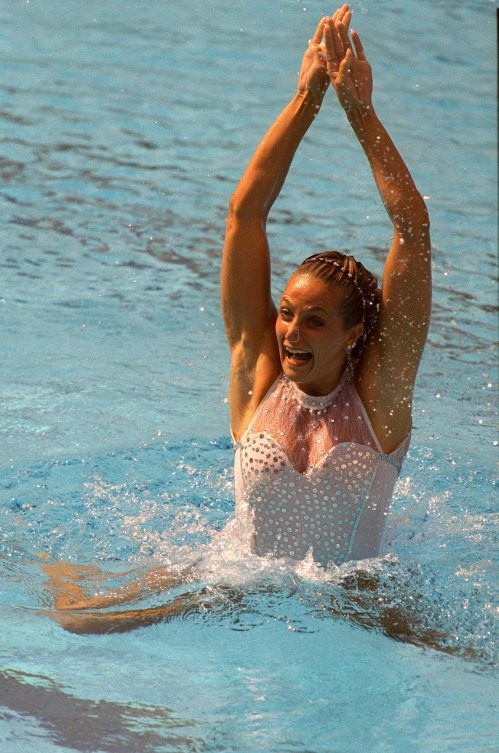 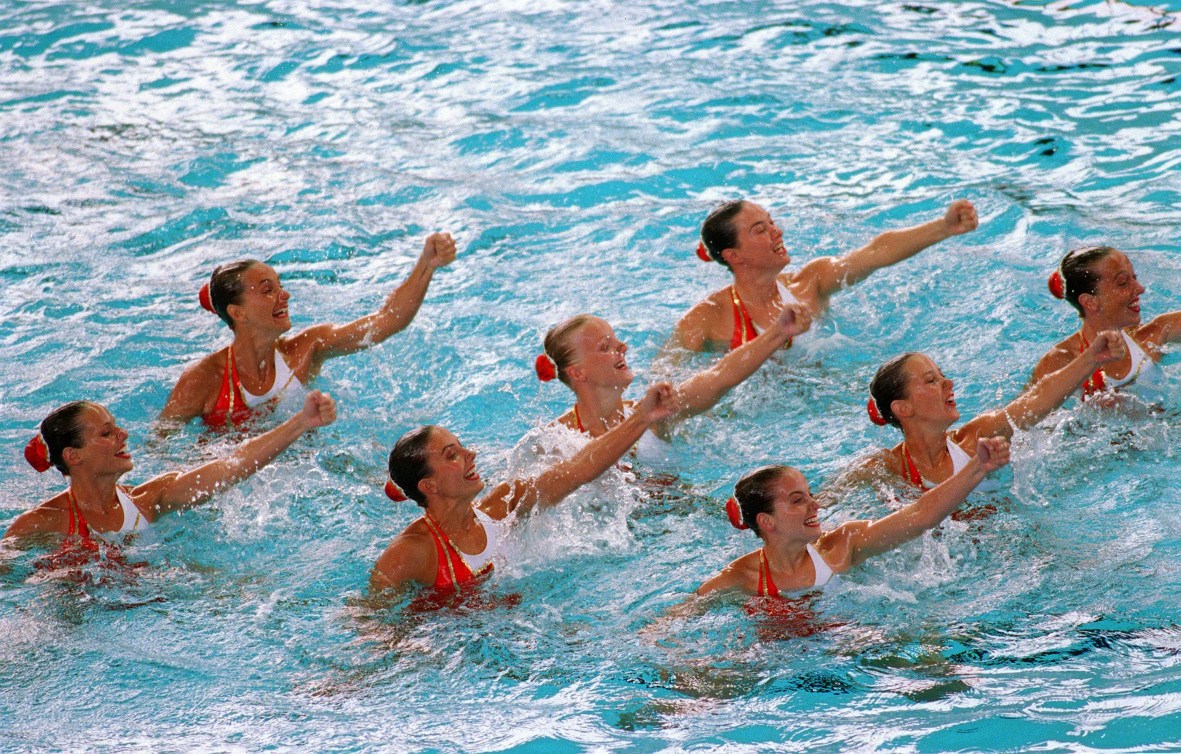 Canada’s first taste of Olympic success in the team category arrived at 1996 in Atlanta when the Canadians won a silver medal. Frechette was one of the nine medallists, earning her second trip to the Olympic podium in as many Games.

A bronze down under 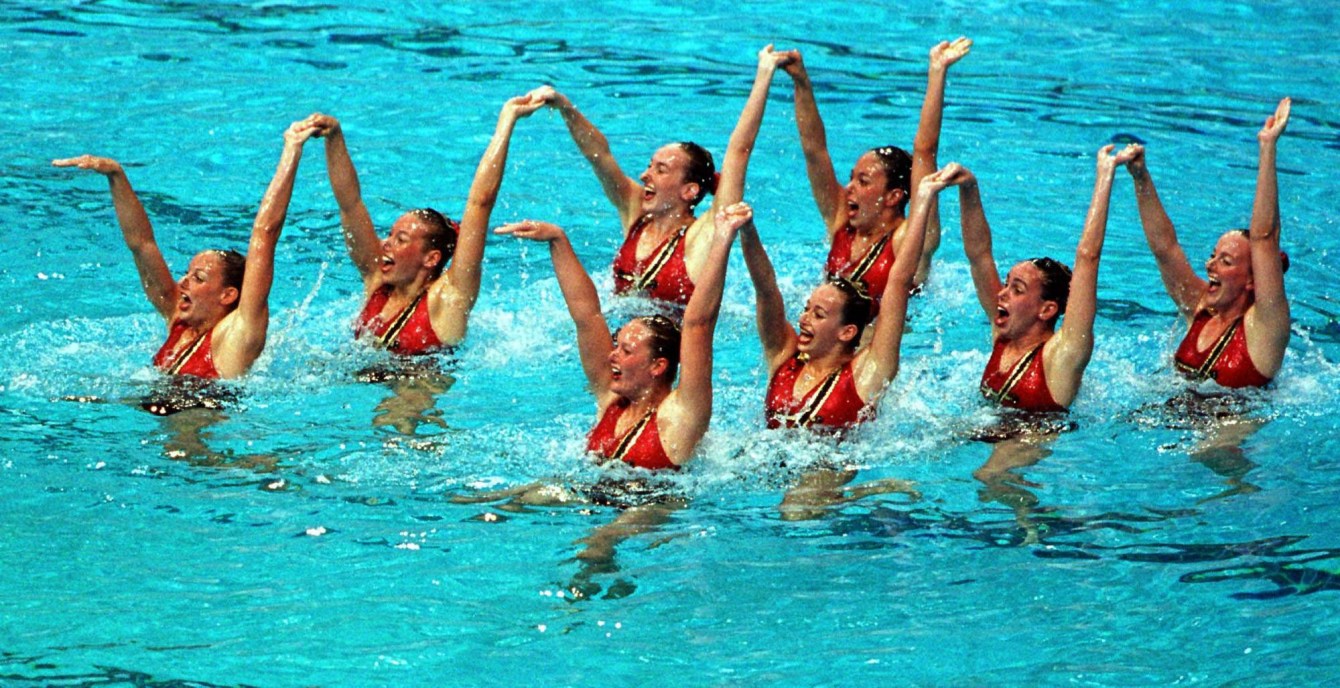 Four years after a historic first, Canada returned to score a bronze at Sydney 2000 in the team event. This was the last Olympic medal Canada won in Synchronized Swimming to date.