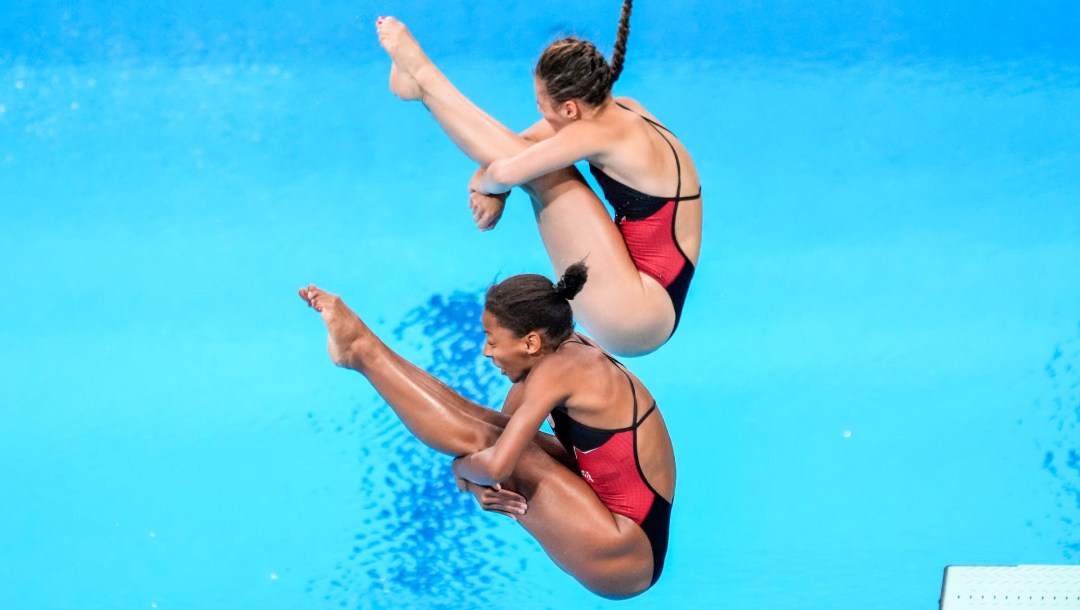 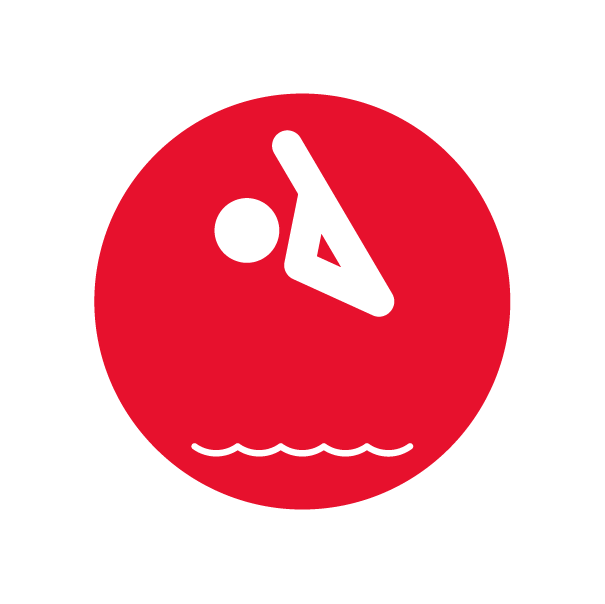 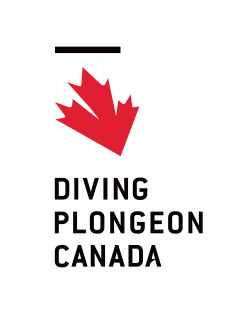 Olympic diving uses two types of boards: 3m springboard and 10m platform. There are individual and synchronized events for both genders on each board.

The individual 3m springboard and 10m platform events include three rounds of competition (preliminary, semifinal, final). The top 18 in the preliminaries advance to the semifinals from which the top 12 advance to the finals. Scores are not carried over from round to round.

The synchronized 3m springboard and 10m platform events consist of just one final round at the Olympic Games.

In all events, the men perform six dives while the women do five.

In both the individual and synchronized events, divers must show variety by selecting from the six categories of dives:

There are four positions divers can take in the air:

The combination of the dive category, air position, number of somersaults, and number of twists is used to assign a degree of difficulty for the dive. That is then multiplied by the score given by the judges who evaluate the technique and execution (starting position/approach, takeoff, flight, entry), including similarity of height and coordinated movement in the synchronized events.

Judges scores are awarded on a scale of 0 to 10 in half or whole points. Individual events feature a panel of seven judges. For each dive, the two highest and two lowest scores are dropped and the remaining three are added together to be multiplied by the degree of difficulty.

It has been in the 21st century that Canadian divers have enjoyed their greatest Olympic success, coinciding with the debuts of the synchronized events at Sydney 2000. It was at those Games that Anne Montminy won bronze in the 10m platform and captured silver in the 10m synchro event with Émilie Heymans.

That was the first of four straight Games at which Heymans stood on the Olympic podium, a first for a Canadian athlete and for any female diver in the world. Included in that string was a 10m synchro bronze with Blythe Hartley at Athens 2004, an individual 10m platform silver at Beijing 2008 and a 3m synchro bronze with Jennifer Abel at London 2012.

Meaghan Benfeito and Roseline Filion made it a bronze sweep in the women’s synchro events at London 2012 with their 10m performance. At Rio 2016, Benfeito and Filion teamed up again to earn their second straight bronze medal in the 10m synchro. Benfeito went on to win a second bronze medal in Rio in the individual 10m platform. At Tokyo 2020, Abel won her second career Olympic medal as she teamed with Mélissa Citrini-Beaulieu to claim silver in the women’s 3m synchro.

Only one Canadian man has ever won an Olympic diving medal. That would be Alexandre Despatie who won back-to-back silver medals in the 3m springboard at Athens 2004 and Beijing 2008.

Diving was first included on the Olympic program at St. Louis 1904 where a men’s springboard event was contested. Four years later at London 1908, a men’s platform event was added.

Women first competed in Olympic diving at Stockholm 1912 in a plain high event that consisted of compulsory dives from two different platform heights. At Antwerp 1920, a women’s springboard event was added. The plain high events were dropped at Amsterdam 1928 which is where the individual event program took on its current form.

The next change to the Olympic program came at Sydney 2000 when the synchro events were added.