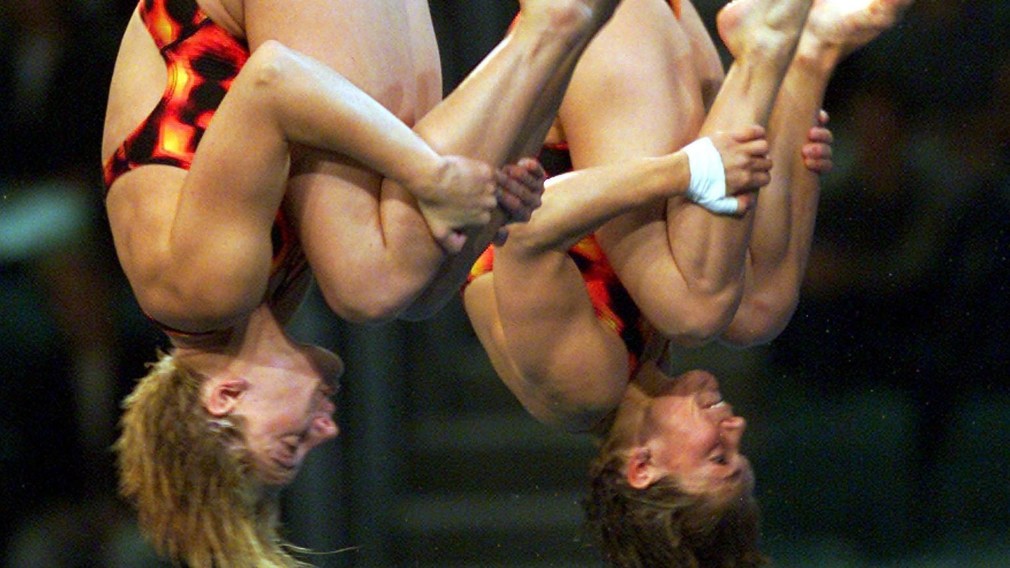 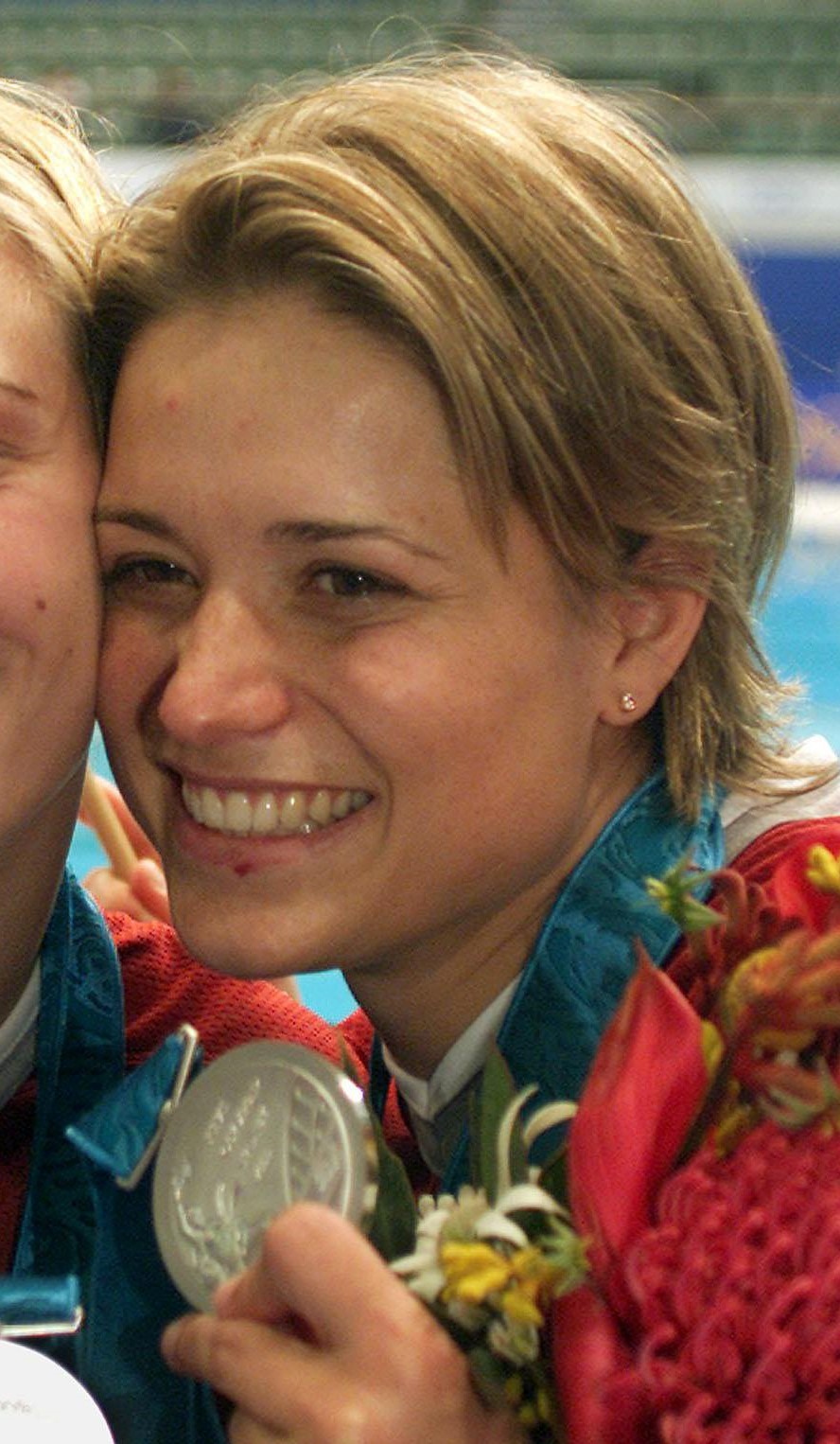 Canada’s Anne Montminy made her Olympic debut at Barcelona 1992 not advancing out of the qualifying round in the 10m platform. By 1995, she was the World Junior, Commonwealth, Pan American and World University 10m champion, and world-ranked number four going into Atlanta 1996. After a disappointing performance finishing 24th in the 10m at the Atlanta Games, Montminy took some time off to continue her law studies. In her third Olympic appearance and spurred by the disappointment of four years previous, Montminy began her comeback. In the 10m platform final, she was fighting for a gold medal in the last dives of the competition but because she had a lower degree of difficulty, she slipped to third place capturing the bronze medal but somewhat disappointed knowing it could have been gold or silver. Four days later, she was competing in the new synchronized platform event paired with Emilie Heymans. The Chinese won easily, but Montminy and Heymans finished in the silver medal position well ahead of the Australian team.

Montminy started diving at the age of six inspired by her father who was a national level diver. She trained at Pointe-Claire Diving Club in Pointe-Claire, Québec with her long-time coach Li YiHua. Her mother is a founding partner of a Montreal law firm. Montminy graduated in 1999 with a law degree from the University of Montréal, and in 2002, a Master of Laws degree in comparative jurisprudence from New York University. She married her husband Daniel Goldman, a Yale graduate, in 2002 at Martha’s Vineyard in Massachusetts having met him at the 1999 World Cup diving finals in New Zealand, where he was working as an Olympic researcher for NBC Sports. Once retiring from diving, the Olympic medalist became a corporate attorney, CBC sports analyst at Beijing 2008, and Goldman Sachs vice president.

Montminy was the recipient of the 1993 Elaine Tanner Award, named Diving Canada’s 1993 and 2000 Female Athlete of the Year, and inducted into the Canadian Olympic Hall of Fame in 2005.