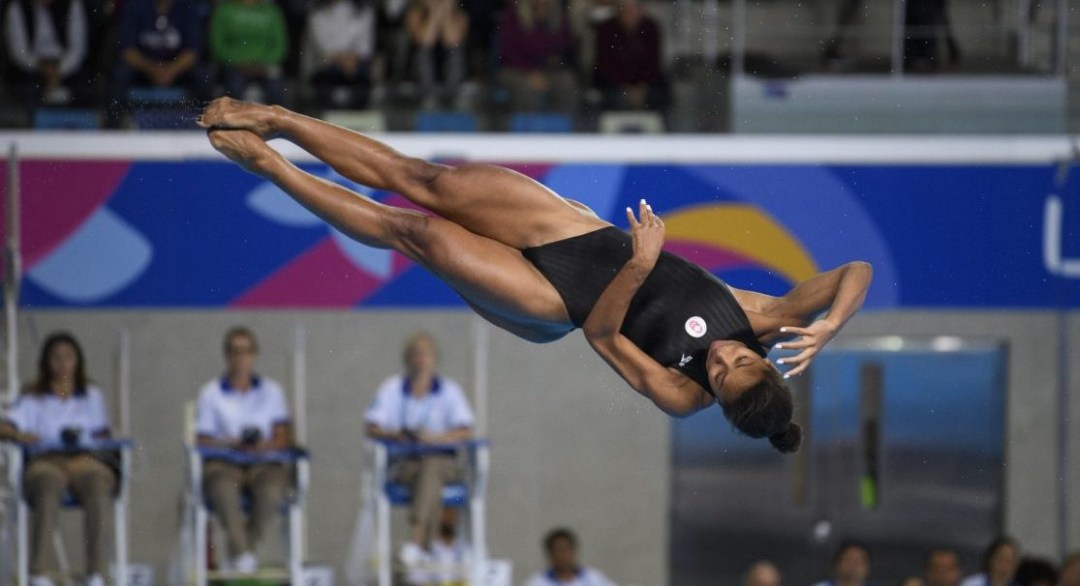 Jennifer Abel broke onto the international scene in 2006 with a 3m bronze medal at the FINA World Junior Championships. Two years later, at age 16, she was the youngest Canadian diver at Beijing 2008. At London 2012, it was Abel and partner Émilie Heymans who won Canada’s first medal of the Games with their 3m synchro bronze.

Abel had two near podium finishes at Rio 2016, placing fourth in both the individual and synchronized 3m events, the latter alongside Ware. At the 2017 FINA World Championships, Abel won bronze individually in the 3m springboard and silver in the 3m synchro event with Mélissa Citrini-Beaulieu. They also won silver at the 2018 FINA World Cup. Another highlight for Abel in 2018 was winning 3m gold at the Commonwealth Games in Gold Coast.

Abel finished the FINA World Series as one of the top three ranked divers in the women’s 3m springboard each year since 2014, including a first-place finish in 2019. At the Lima 2019 Pan Am Games, Abel was a double gold medallist in the individual and synchro 3m events. Shortly thereafter, she became the most decorated Canadian diver ever at the FINA World Championships as she brought her career total to 10 podiums, taking home silver medals in the 3m synchro with Citrini-Beaulieu and in the mixed 3m synchro with François Imbeau-Dulac.

In early March 2020, Abel won gold in all three 3m events (individual, synchro, mixed synchro) at the FINA World Series in Montreal before all competitions were cancelled because of the COVID-19 pandemic. Her next event would be the FINA World Cup in May 2021 where she and Citrini-Beaulieu won 3m synchro silver and she finished fifth individually. In her fourth Olympic appearance, Abel won silver in the 3m synchro event with Citrini-Beaulieu at Tokyo 2020 before finishing eighth individually.

Getting into the Sport: Started diving at age 5, following her brother… Had been a synchronized swimmer but asked her mother to sign her up for diving… Participated in her first regional competition when she was 6 and says she was an extremely sore loser, making it clear she had competitive spirit… Outside Interests: Wants to work in communications; interested in planning and organizing events… Shopping relaxes her… Loves the summer festivals in Montreal and attending film premieres or performances… Enjoys cooking, especially BBQ in summer, and trying new restaurants… Odds and Ends: Inspired by Jamaican sprinter Usain Bolt for his desire to surpass himself even though he is already the best… Favourite mottos: “Let go on negativity, focus on the good” / “Be happy, the rest will follow”…