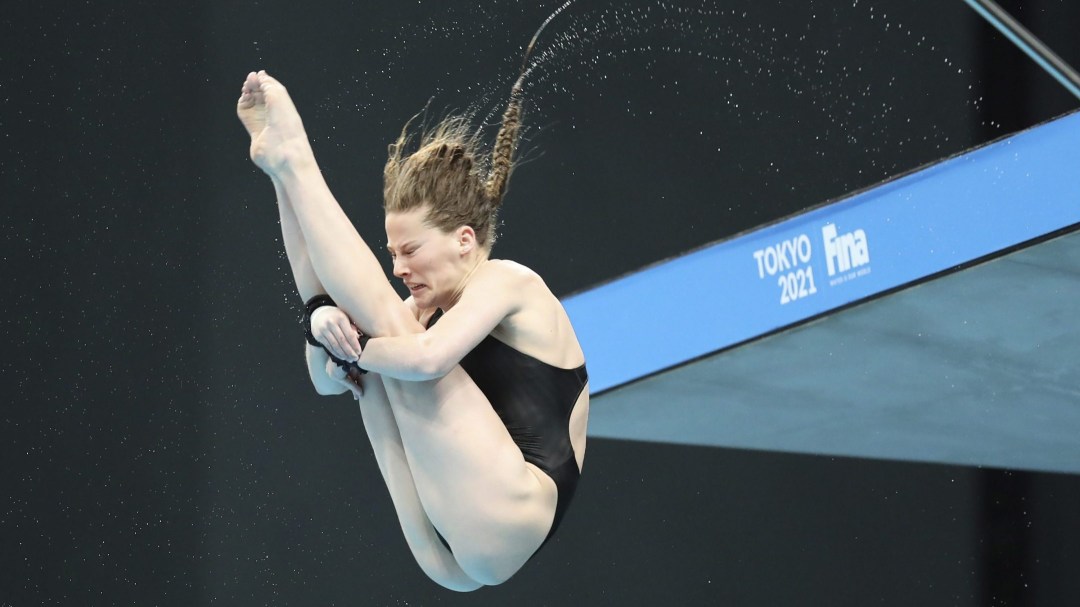 Caeli McKay stood on her first senior national podium when she was 14, placing third behind her idols Meaghan Benfeito and Roseline Filion in the 10m platform at the 2014 Winter Nationals. Two years later, she left her family behind in Calgary to move to Montreal to train in the high-performance environment.

When Filion retired following the Rio 2016 Olympic Games, Benfeito was in need of a new 10m synchro partner and she found that partner in McKay. For a time, the two lived together as the veteran Benfeito helped the teenaged McKay acclimatize. In their first international competition as a duo, they won Grand Prix silver in Rostock, Germany in February 2017. After two fourth-place finishes, they won their first FINA World Series medal together, taking silver in Kazan, Russia. They would finish fourth in McKay’s debut at the FINA World Championships.

In 2018, McKay and Benfeito won 10m synchro silver at the Commonwealth Games in Gold Coast, Australia. At the most prestigious competition of the year, the FINA World Cup, they won the bronze medal.

McKay and Benfeito started 2019 by reaching the podium in their first three FINA World Series events, winning two bronze and a silver. Once again, they finished fourth at the FINA World Championships, but McKay had an individual breakthrough, reaching the 10m platform final and finishing seventh. At the Pan Am Games in Lima, McKay and Benfeito won 10m synchro gold and finished 1-2 in the individual 10m event with McKay taking home the silver.

In February 2020, McKay and Benfeito won 10m synchro gold at the FINA World Series in Montreal before the COVID-19 pandemic shut down all competitions. When they resumed, they won gold at the FINA World Cup in May 2021 to secure their spots in the event at Tokyo 2020. McKay also earned the biggest individual medal of her career as she won bronze in the 10m platform. Just before the national trials in late June, McKay badly sprained her ankle during dryland training. With limited training ahead of her Olympic debut, McKay finished fourth in the 10m synchro event with Benfeito at Tokyo 2020.

A Little More About Caeli

Getting into the Sport: Started diving at age six after attending an intro to diving summer camp run by the Dive Calgary Club… Had been inspired to take up the sport while watching Olympic medallists cry on the podium during Athens 2004… Outside Interests: Enjoys outdoor sports in her spare time, such as fly fishing, mountain biking, snowboarding and hiking…