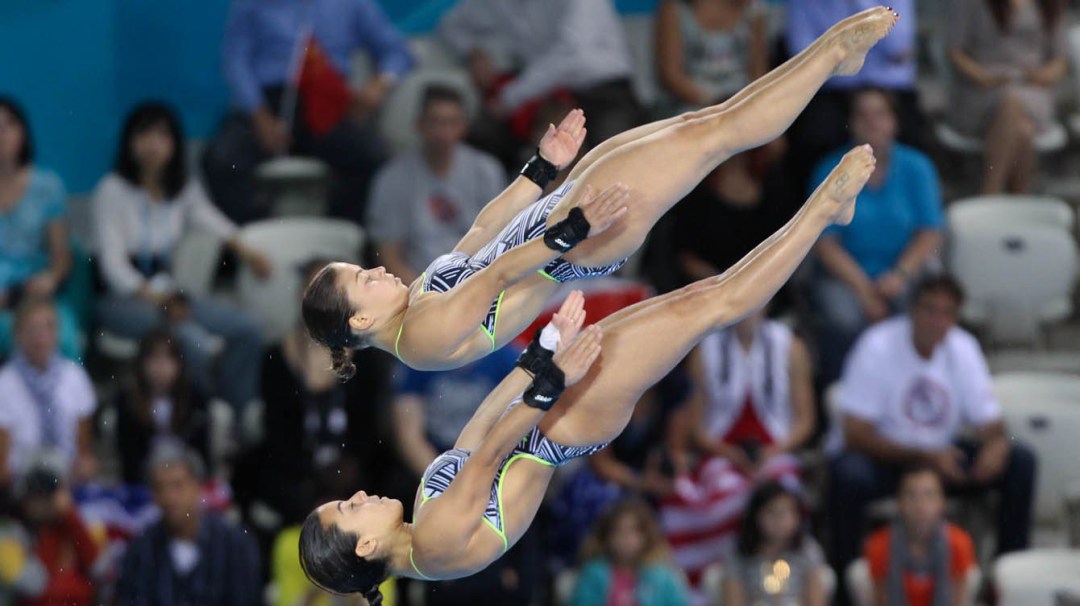 In her second Olympic Games at London 2012, Roseline Filion won 10m synchro bronze with partner Meaghan Benfeito. Four years later the best friends and diving sisters won another bronze medal together while Filion finished sixth in the individual 10m event. Benfeito and Filion have been one the best 10m teams in the world since a surprising bronze medal at the 2005 FINA World Championships which came just a couple of months after they placed third at the Canada Cup, their first international competition together. Fourth in 2007 and 2009, they returned to the world championship podium with silver in 2013 and added another silver in 2015. The duo also won medals at three straight editions of the biennial FINA World Cup. Filion has won multiple medals at other multi-sport games, including the Pan Ams. In 2015 she and Benfeito captured 10m synchro gold and finished second and third in the individual 10m event. In 2011 she had won silver with Benfeito. In 2014 she was a double Commonwealth Games medallist, winning 10m synchro gold with Benfeito and an individual bronze medal. In mid-December 2015, Filion broke the talus bone in her right ankle when she landed hard, heel-first on concrete while doing her normal warm-up routine of backflips on a mat. Able to only train her entry to the water because it wouldn’t put pressure on her ankle, she came back from the first major injury of her career to compete at the FINA World Cup in February 2016 and earn Canada a second berth in the individual 10m event. She was also the top-ranked diver in the women’s 10m platform at the end of the 2016 FINA World Series.

Family: Parents Marc and Helene Filion… Older brother Maxime… Getting into the Sport: Did gymnastics from ages 5 to 9, but changed passions when she saw Annie Pelletier win 3m springboard bronze at Atlanta 1996… Competed in diving at the Quebec Games at age 10 and the Canadian junior championships at age 11… Outside Interests: Loves fashion, reading fashion magazines and shopping… Enjoys going to restaurants, the theatre and comedy shows… Likes watching tennis, hockey and baseball… Would like to work in media… Discovered a love for radio when she prepared two stories for Montreal station CIBL… Pursuing a Bachelor of Communications at Université de Montréal… Odds and Ends: Olympic dream came from her father who still has tickets from Montreal 1976 where her mother was a volunteer…