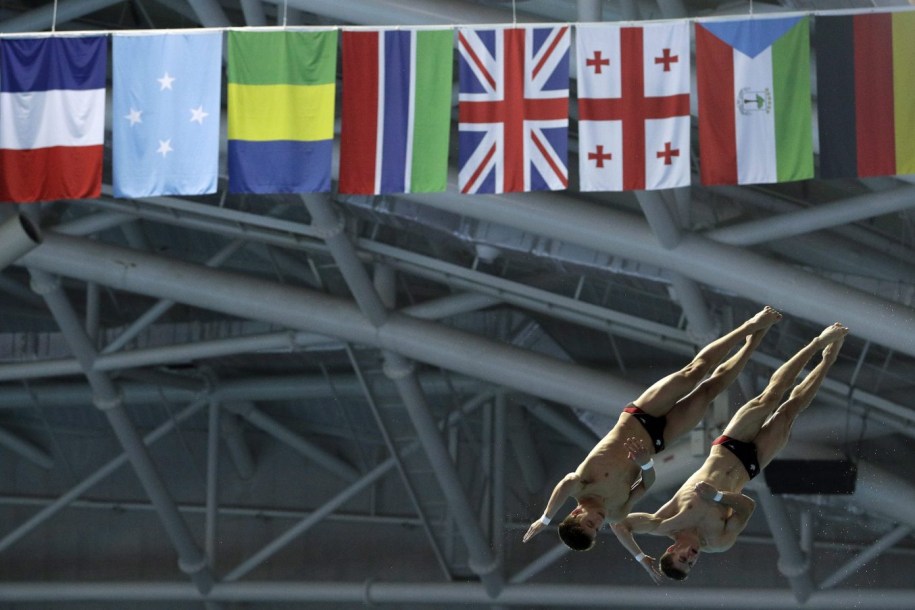 Nathan Zsombor-Murray was just 14 years old when made his international debut for Canada at the 2017 FINA World Championships. He finished fifth there in the mixed 10m synchro with Meaghan Benfeito. In 2018, he competed in his first FINA World Series event in Montreal and won mixed 10m synchro gold with Benfeito.

In 2019 he joined up with Vincent Riendeau to compete in the men’s 10m synchro. They won two silver medals together that year, first at the Grand Prix in Calgary and then at the Pan Am Games in Lima.

In February 2020, Zsombor-Murray and Riendeau won their first FINA World Series medal in the men’s 10m synchro, taking bronze in Montreal before all competitions were halted because of the COVID-19 pandemic. When competition resumed, they won 10m synchro bronze at the FINA World Cup in May 2021, securing their spot in the event for Tokyo 2020. In his Olympic debut, Zsombor-Murray finished fifth in the 10m synchro event with Riendeau. He missed qualifying for the individual 10m final by just one spot.

A Little More About Nathan

Getting into the Sport: Started taking diving lessons at his local pool at the age of five… Outside Interests: When not training enjoys spending time with his friends and family and playing video games…