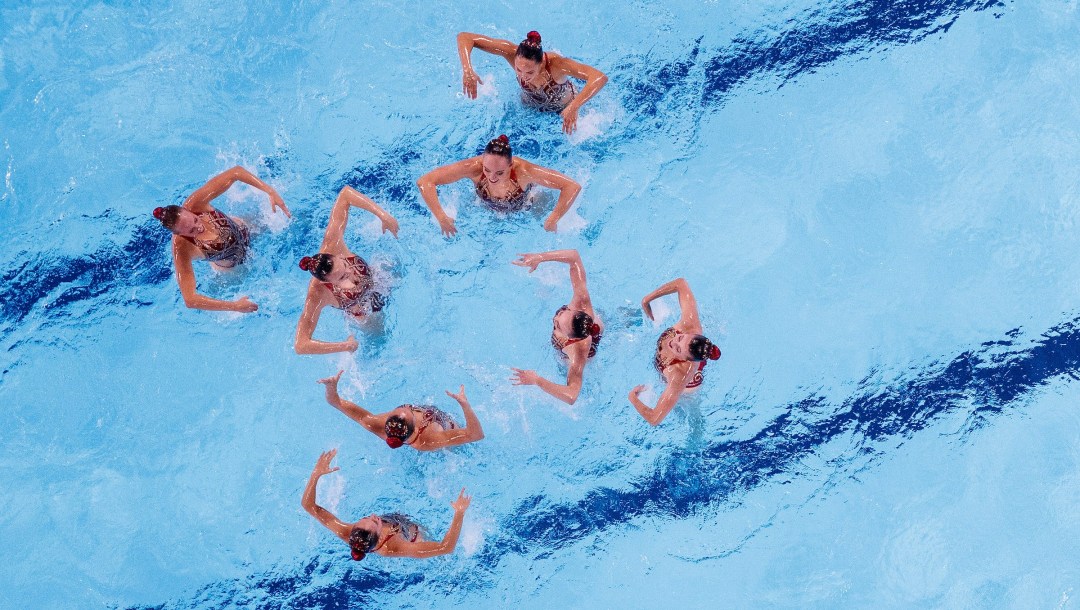 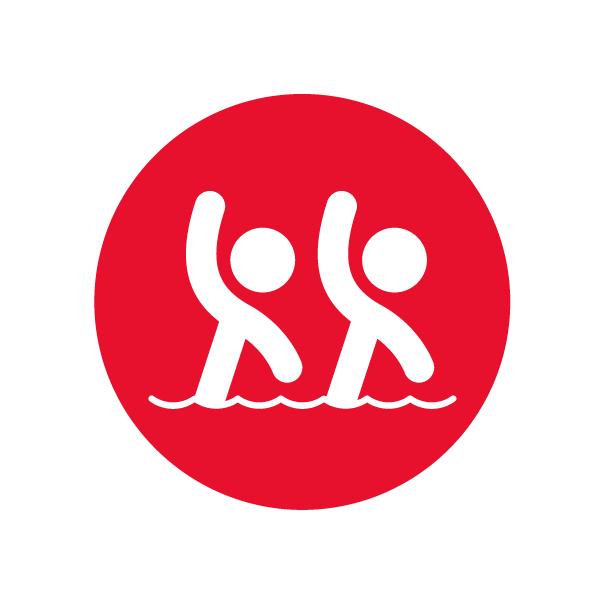 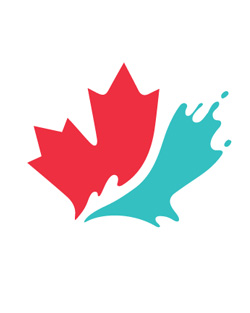 Formerly known as synchronized swimming, artistic swimming is one of two sports (along with rhythmic gymnastics) that are contested only by women at the Olympic Games.

There are two events on the program: duet and team.

Both events feature two types of routines: technical and free. As their names indicate, technical routines include required elements which must be performed in a specific order while free routines may consist of any figures and strokes. Both routines exhibit the defining aspect of artistic swimming – unified movement in time to music.

In free routines, the panels separately evaluate the execution (including synchronization) for 30 per cent of the routine score, the artistic impression (including choreography and music interpretation) worth 40 per cent, and the difficulty of all movements worth 30 per cent.

The team competition includes a technical routine and a free routine, with final results based on the combined scores from both. Team technical routines are two minutes 50 seconds while team free routines are four minutes (plus or minus 15 seconds). All routine times include 10 seconds for deck movement prior to the swimmers diving into the water.

Canada has won eight Olympic medals in artistic swimming. In the sport’s debut at Los Angeles 1984, Carolyn Waldo won silver in the solo event while Sharon Hambrook and Kelly Kryczka added a silver in the duet. Four years later, Waldo was Canada’s only double medallist at Seoul 1988, winning gold in the solo and in the duet with partner Michelle Cameron.

Canada won two more medals at Barcelona 1992, highlighted by Sylvie Fréchette’s solo gold. Initially awarded silver due to a judge mistakenly entering an erroneous score, Fréchette received her gold medal in late 1993. Twins Vicky and Penny Vilagos added a silver in the duet, Canada was also on the podium at the first two Games to include the team event, winning silver at Atlanta 1996 and bronze at Sydney 2000.

Canada has competed in every Olympic artistic swimming event with the exception of the team event at Rio 2016.

When artistic swimming joined the Olympic program at Los Angeles 1984, it included solo and duet events. Those events were also contested at Seoul 1988 and Barcelona 1992. At Atlanta 1996, the program changed to only include a team event, with eight athletes per team. Starting at Sydney 2000, there were once again two events as the duet was added back to the Olympic program.