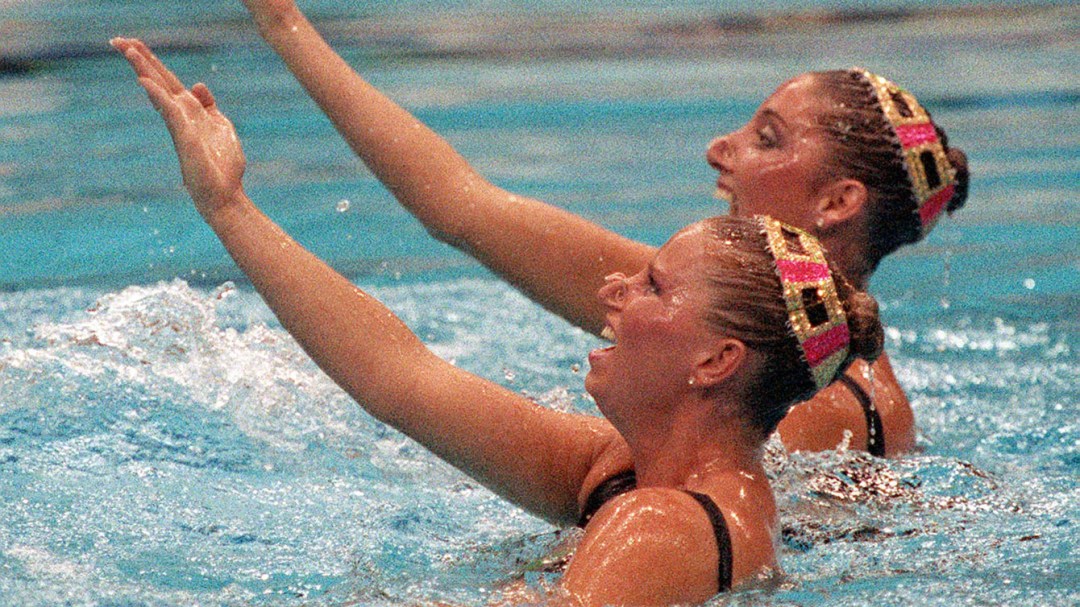 In her only Olympic appearance at Seoul 1988, Canada’s Michelle Cameron won the duet gold medal in synchronized swimming with partner Carolyn Waldo. The Canadians had built up an insurmountable lead in the compulsories which the Americans, despite outscoring them in the final, could not overcome, and Cameron and Waldo won the gold medal by 0.033 points. Cameron was the first person from the province of Alberta to win an Olympic gold medal.

Despite a fear of water, Cameron took up synchronized swimming in 1976, joined Calgary Aquabelles and started working with long-time coach Debbie Muir, winning eight national titles between 1981-88. In 1985 she was paired with Carolyn Waldo and the duo found their first international success winning duet gold at the 1985 Rome and Spanish Opens.  The pair went on to win the 1986 Commonwealth Games, 1986 World Championships (duet, team), 1987 Pan Pacific Championships and the 1987 FINA World Cup. Cameron and Waldo were Canada’s most successful synchronized swimming duet ever.

Following her Olympic success, Cameron retired from competition. She worked with Team Canada at the 1991 World Championships and at Atlanta 1996. She has been on the board of directors for many companies and organizations, extremely active in her community, co-chair of a United Way campaign, has supported numerous non-profit and charitable organizations, and with her children, started a foundation called “A Gift of Love”. A highly sought after motivational speaker and mentor, Cameron’s company “Gold Medal Inspirations”, had a mission to inspire individuals to reach their full potential. Cameron married two-time Olympic volleyball player Al Coulter and together they had four children, all involved in sport. With Coulter, she co-authored a working manual; “Gold Medal Results – Simple Habits for a Healthy Lifestyle”. In 1990, she started the annually held “Michelle Cameron Invitational” in Calgary.