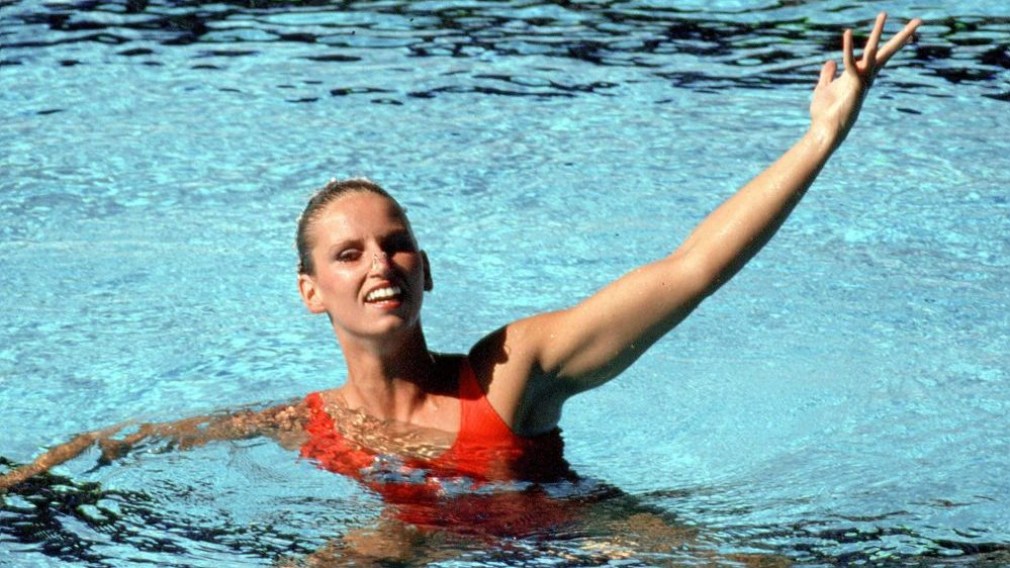 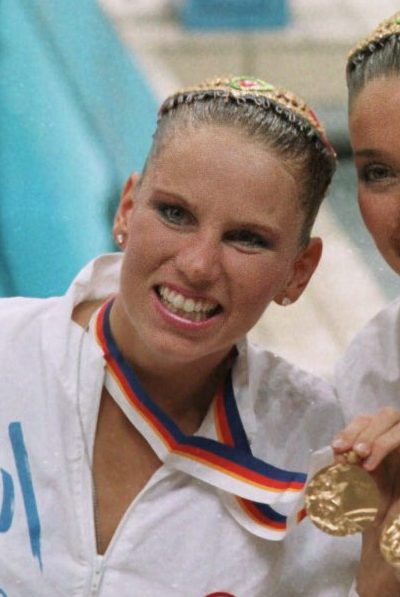 Synchronized swimming was only added to the Olympic program just two months before Los Angeles 1984 began. Canada’s Carolyn Waldo did not have any previous significant international solo records and was not even Canada’s top swimmer in the event. But when the Canadian favourites faltered in the preliminary rounds, Waldo went through to the final winning the solo silver medal. At Seoul 1988, Waldo was chosen to carry Team Canada’s flag into the Opening Ceremony, a childhood dream come true. Swimming to Tchaikovsky’s “Sleeping Beauty”, Waldo built herself a 2.5-point lead in figures competition in the preliminary round that carried over to the final which 1984 Olympic solo champion American Tracie Ruiz-Conforto could not overcome. Competing in the duet with Calgary native Michelle Cameron, she won her second gold of the Seoul Games and became the first Canadian woman to win two gold medals in one Olympic Games.

Almost drowning at the age of three, it took seven years for Waldo to overcome her fear of water. She started synchronized swimming at the age of 11 and within five years had won her first junior title in duet. In 1982, Waldo joined the Calgary Aquabelles Club under coach Debbie Muir. She retired from synchronized swimming after Seoul 1988, married Tom Baltzer in Florida in 1989, became a sports reporter for an Ottawa television station, and had two children which she considers her greatest accomplishment outside of swimming. She has also served as spokesperson for the R.C.M.P.’s National Drug Awareness Campaign.