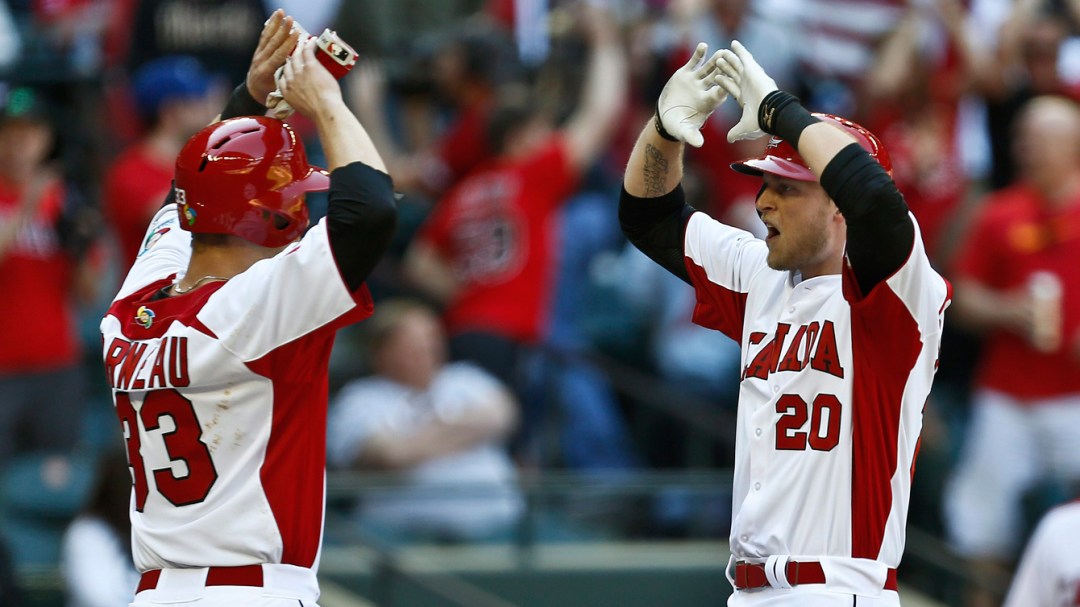 A pair of Toronto Blue Jays made Canadian baseball history on Wednesday night in New York.

Baseball, which has not appeared in the Olympics since 2008, is one of the five sports being considered for Tokyo 2020. A decision is expected to be made in August.

Michael Saunders and Russell Martin both hit home runs in the seventh inning of Toronto’s 8-4 win over the Yankees, becoming the first pair of Canadian teammates to hit homers in the same inning of a Major League Baseball game.

The accomplishment also marked the first time in Blue Jays history that two Canadians have hit home runs in the same game.

Saunders has had an impressive season for the Blue Jays, hitting nine home runs to go along with 17 runs batted in and a .312 batting average. This is the outfielder’s eighth MLB season and his second with the Blue Jays – although he missed most of last season with an injury.

After a slow start to the 2016 season, Martin has improved his offensive numbers over the past few weeks and is now hitting .181 with 11 RBIs. The veteran catcher’s two home runs on Wednesday were his first of the season.

Both Saunders and Martin have represented Canada at international tournaments in the past. Saunders played for Canada at the 2008 Beijing Olympics and again at the 2013 World Baseball Classic. Martin was on the 2009 WBC Canadian squad that played preliminary round games in Toronto. 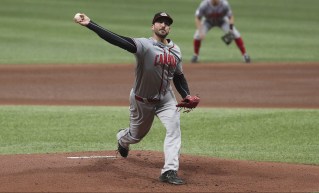 Jeff Francis was selected ninth overall by the Colorado Rockies in the 2002 MLB Draft, which at the time made...

Will McAffer represented Canada at the 2015 WBSC U18 Baseball World Cup in Osaka, Japan before attending the University of…