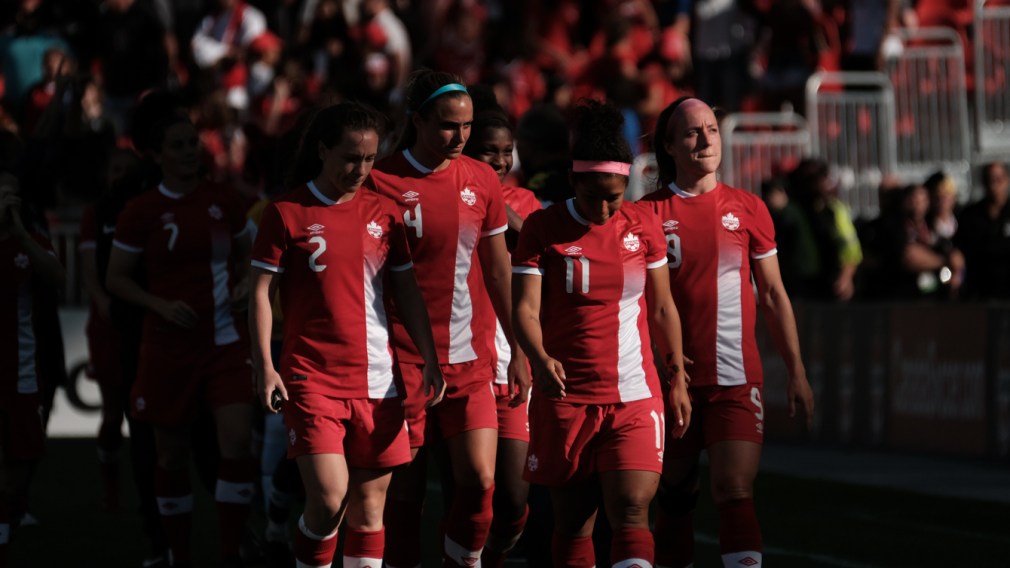 A poor start sunk Canada’s women’s soccer team in an international friendly against Brazil on Saturday.

Two first half goals by Marta, considered one of the world’s best female footballers, led the Brazilians to a 2-0 win over Canada in Toronto.

“It was a very shaky first half,” said Canada’s head coach John Herdman after the game. “But in the second half, we can take some positives from that. We just needed to start the game like we did in the second half.”

Brazil opened the scoring roughly 11 minutes in when a cross was blocked by Canadian defender Allysha Chapman and caused a scramble. The ball came lose to Marta who had an open goal to make it 1-0. 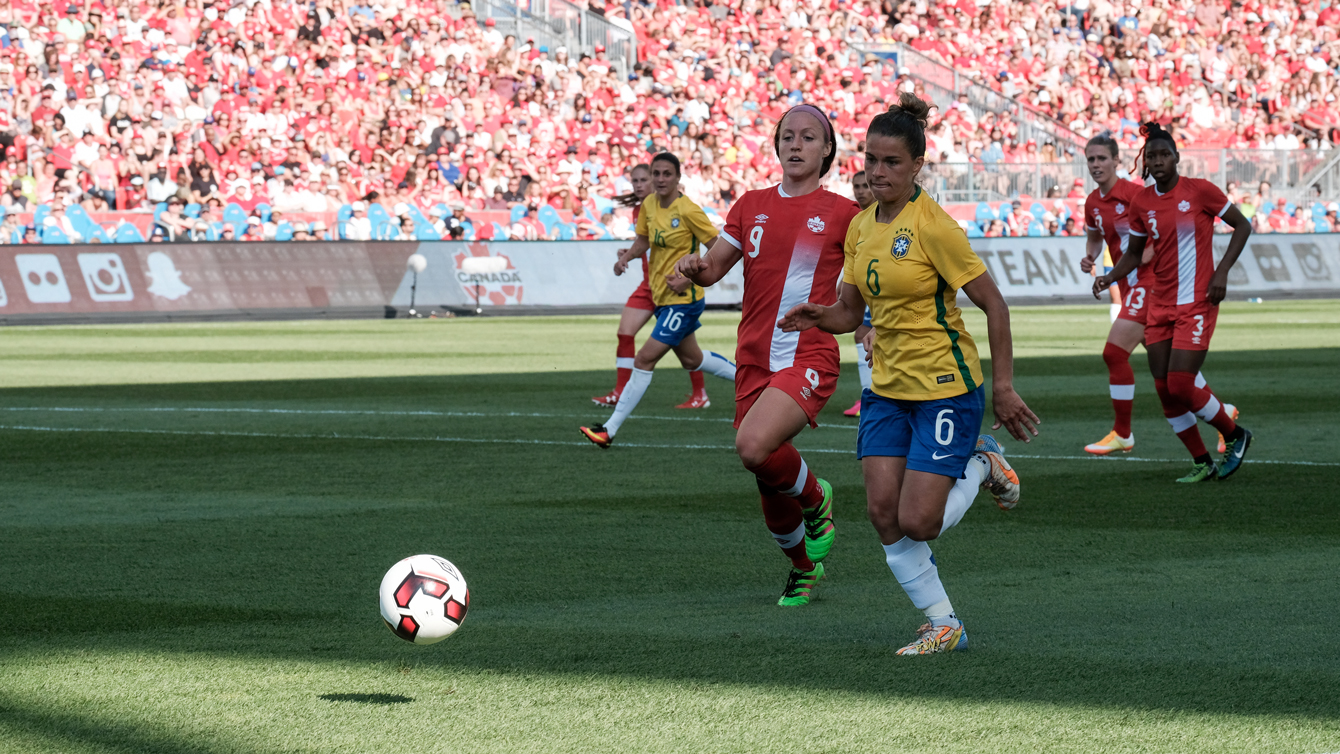 In the 41st minute, Marta fired a long, hard shot that got past the outstretched fingers of Canadian goalkeeper Stephanie Labbe, doubling Brazil’s lead.

“You look at Brazil, they didn’t create a massive amount (of scoring chances) in the first half,” said Herdman. “It’s not like they had 25 shots. They get shots on goal, on target and seemed to score.”

Canada began to create more scoring chances in the second half, including an early opportunity by captain Christine Sinclair that went just wide of the goal. Sinclair was taken out in the 74th minute due to a cough she’s still recovering from, said Herdman. 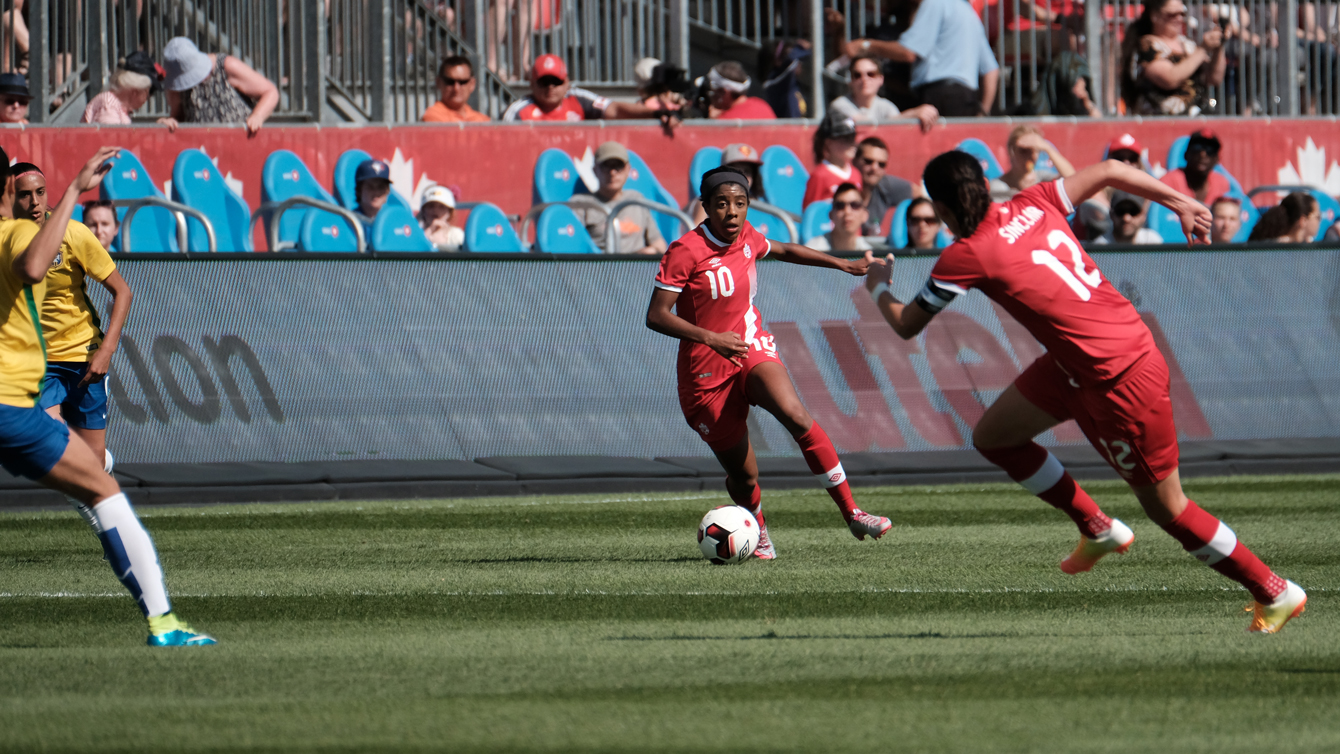 Ashley Lawrence controls the ball in a friendly against Brazil on June 4, 2016 in Toronto (Thomas Skrlj/COC)

Although Canada had a stronger second half, they weren’t able to get on the board.

“I think we really progressed well into the game,” said Canadian midfielder Ashley Lawrence. “We wanted to play our game, our soccer. But Brazil really put on the pressure and I think we just need to adapt a bit more and maintain more possession.”

Canada played in front 28, 604 fans at Toronto’s BMO Field – the largest ever crowd for a national team game at the facility. Herdman said the nerves of playing in front of a home crowd may have been a factor in Canada’s performance.

“We’ve tried to release the pressure – and some of these players have had some experience with big crowds. They just looked nervous. As nervous as I’ve seen.” 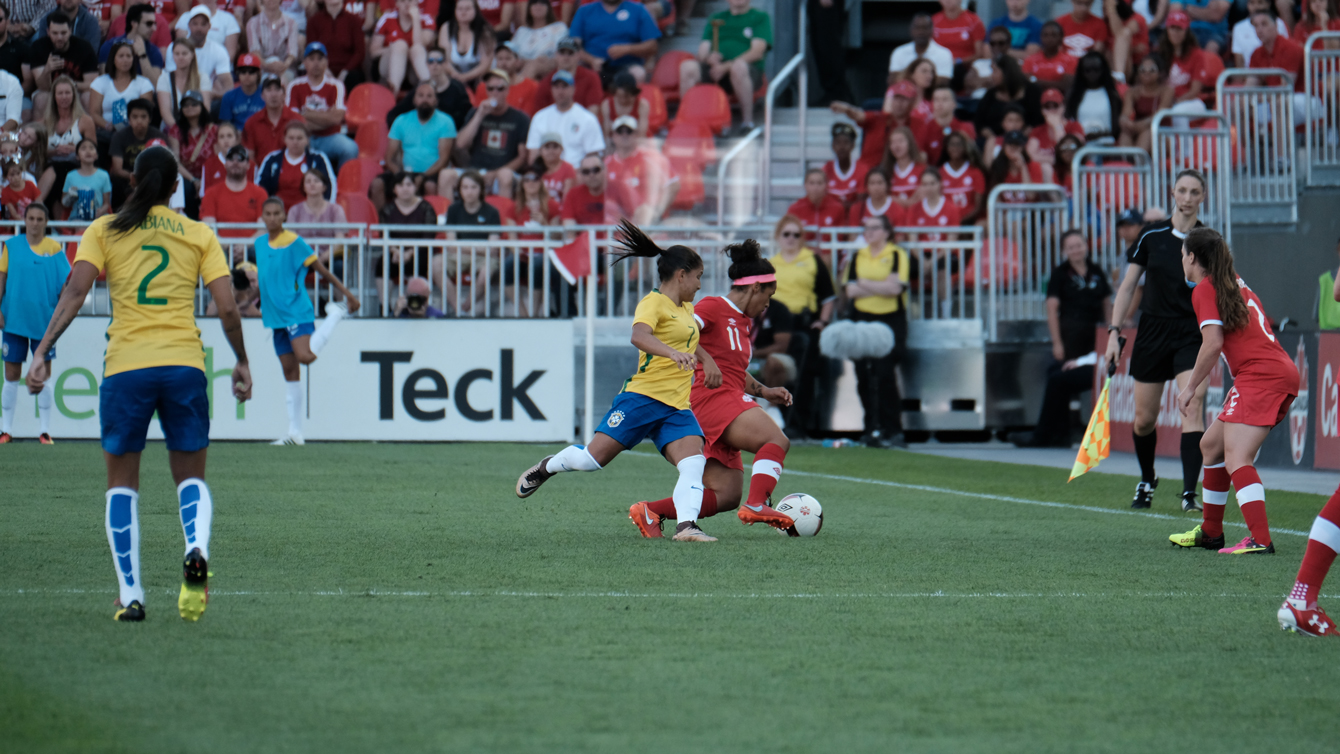 Desiree Scott controls the ball against Brazil on June 4, 2016 in Toronto (Thomas Skrlj/COC)

The two-game mini-series between Canada and Brazil now shifts to Ottawa where the two will meet on Tuesday, June 7. Canada now has five wins, five ties and seven loses against Brazil since 1996.

Lawrence said the team will have a stronger showing in Ottawa.

“We we’re prepared for this game and I think now that the nerves are out… we just have to stick to our game plan, maintain more possession and I think it’s going to be a better performance in Ottawa.”

Canada falls to Brazil in women’s soccer friendly
Eight must-visit cycling spots in Canada
What is the difference between racquetball and squash?
Shuttlecock and balls: The fastest moving objects in sport
Track and Road Cyclists Nominated to Team Canada for Tokyo 2020
Getting vertical: The highest jumps in sport