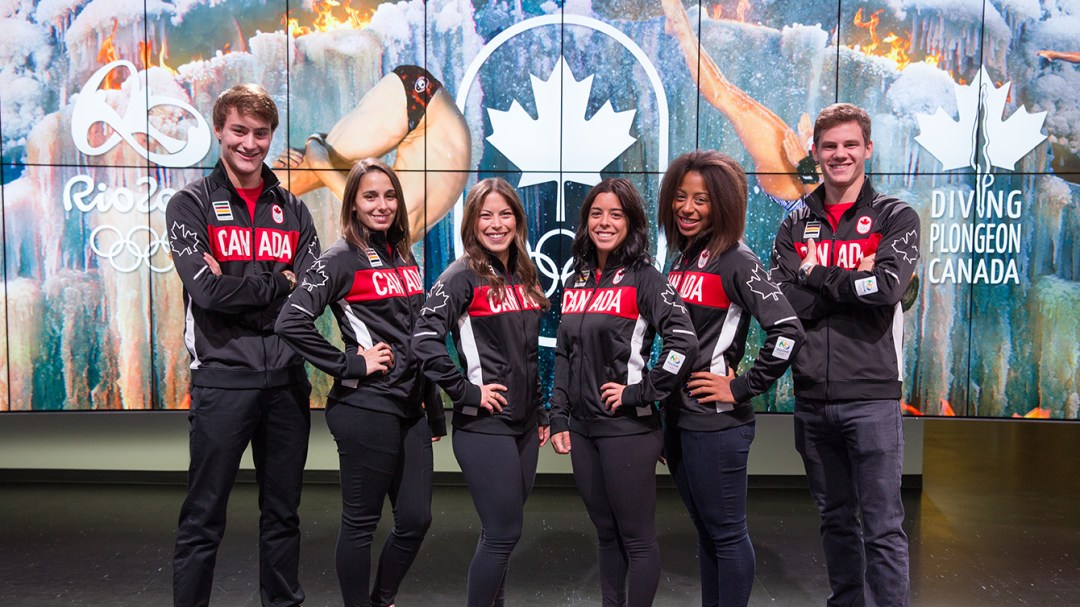 Six divers were named to Team Canada on Monday, to represent the country at Rio 2016, including three Olympic medallists.

The returning medallists are Jennifer Abel, Meaghan Benfeito and Roseline Filion, who are joined on the team by Pamela Ware to complete the women’s side of the Diving Plongeon Canada selection.

There will be two men diving for Canada in Brazil, with Vincent Riendeau and Philippe Gagne filling out the roster.

Abel won three-metre synchro bronze at London 2012 with the legendary Emilie Heymans, who retired after her fourth trip to an Olympic podium. Since then the Abel-Ware partnership has blossomed into one of the best in the world, with two synchro world championship medals.

At Barcelona 2013, Ware also captured an individual three-metre world bronze, a feat that Abel had achieved at Shanghai 2011. 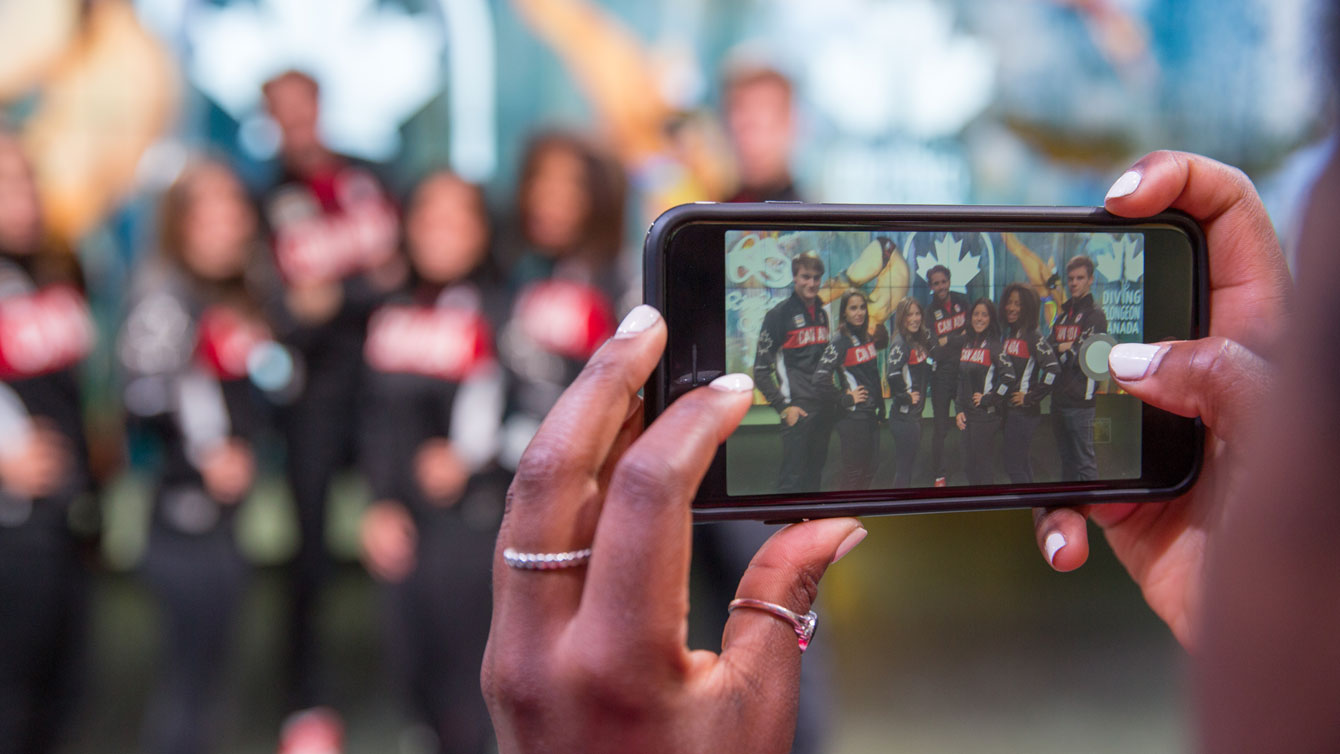 Filion and Benfeito have been inseparable for over a decade and will represent Canada in 10m synchro, which was their Olympic bronze medal-winning event four years ago. At Kazan 2015, the duo won their latest world championship medal – a silver – their third podium at that level.

All four female divers– dubbed the FAB IV – will compete in individual and synchro events. 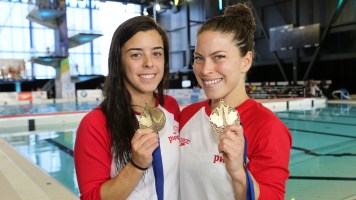 Meaghan Benfeito and Roseline Filion after winning the women’s 10 synchro competition at the FINA Diving Grand Prix in Gatineau on April 9. (Greg Kolz) 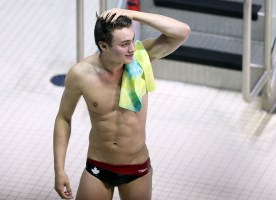 Philippe Gagné reacts to winning the bronze medal in the men’s 3m springboard at TO2015. 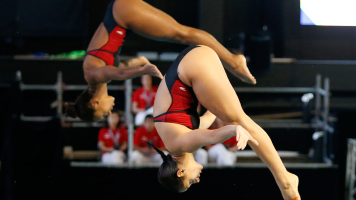 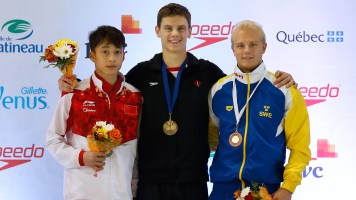 Canada will be sending two teenagers to compete in men’s diving, both highly touted for the future, but will be out to make the present count in Brazil.

Gagne, 18, will take on the field in the three-metre individual, in which he won a bronze at the Toronto 2015 Pan American Games.

Nineteen-year-old Riendeau will be in the 10m individual, in which he has a Commonwealth Games bronze from Glasgow 2014.

Diving will take place in Barra’s Olympic Park, specifically at the Maria Lenk Aquatic Centre from August 7 to 19.

At the time of the announcement, Team Canada went up to 47 nominated athletes for Rio 2016.