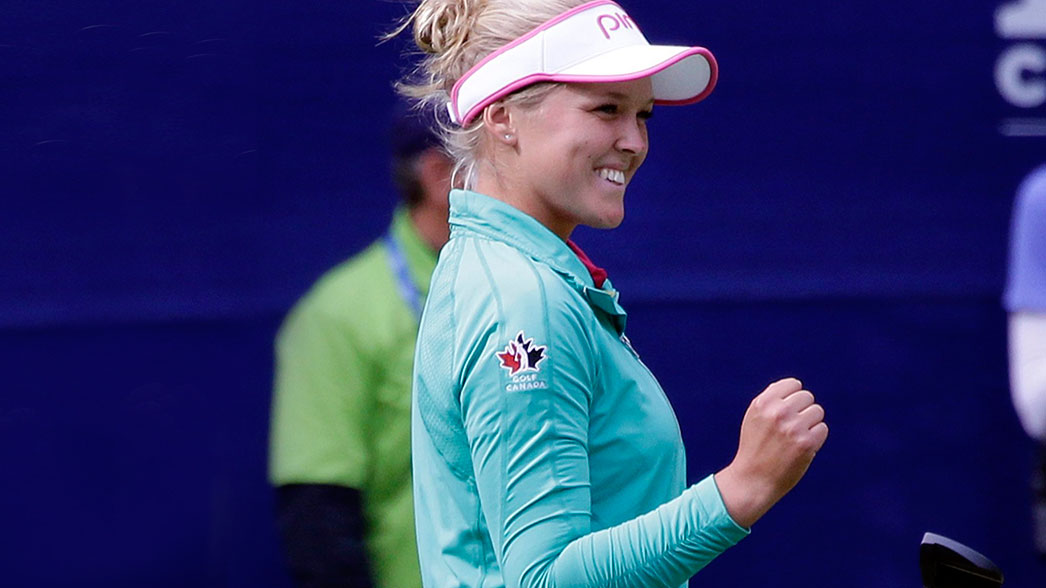 Rio 2016 an “opportunity of a lifetime” for Brooke Henderson

June 12, 2016 was a remarkable day for Brooke Henderson. The 18-year-old Canadian captured the first major title of her career on Sunday, making history by becoming the youngest player to win the Women’s PGA Championship.

In August, Henderson could have her name written in the chapters of the world’s foremost sports competition. This is a historic moment for golf: after 112 years, the sport will return to the Olympic Games at Rio 2016. The last time golf was played in an Olympics was at St. Louis 1904.

You know I'm too young for this, but thanks for the 🍻 💦 shower @AlenaSharp…hope we can do this again in Rio!! 🇨🇦 pic.twitter.com/2FDaO3kOpZ

“The Olympic Games is an opportunity of a lifetime, that only comes around every four years. I am very fortunate to likely be representing Canada,” Henderson said, during a press conference call on Monday.

The qualification window for Rio 2016 is open until July 11. Golf Canada – the game’s national governing body – is expected to nominate its players on July 19.

Currently, Henderson and Alena Sharp are the highest ranked Canadians on the LPGA tour, poised to clinch the Olympic berths. 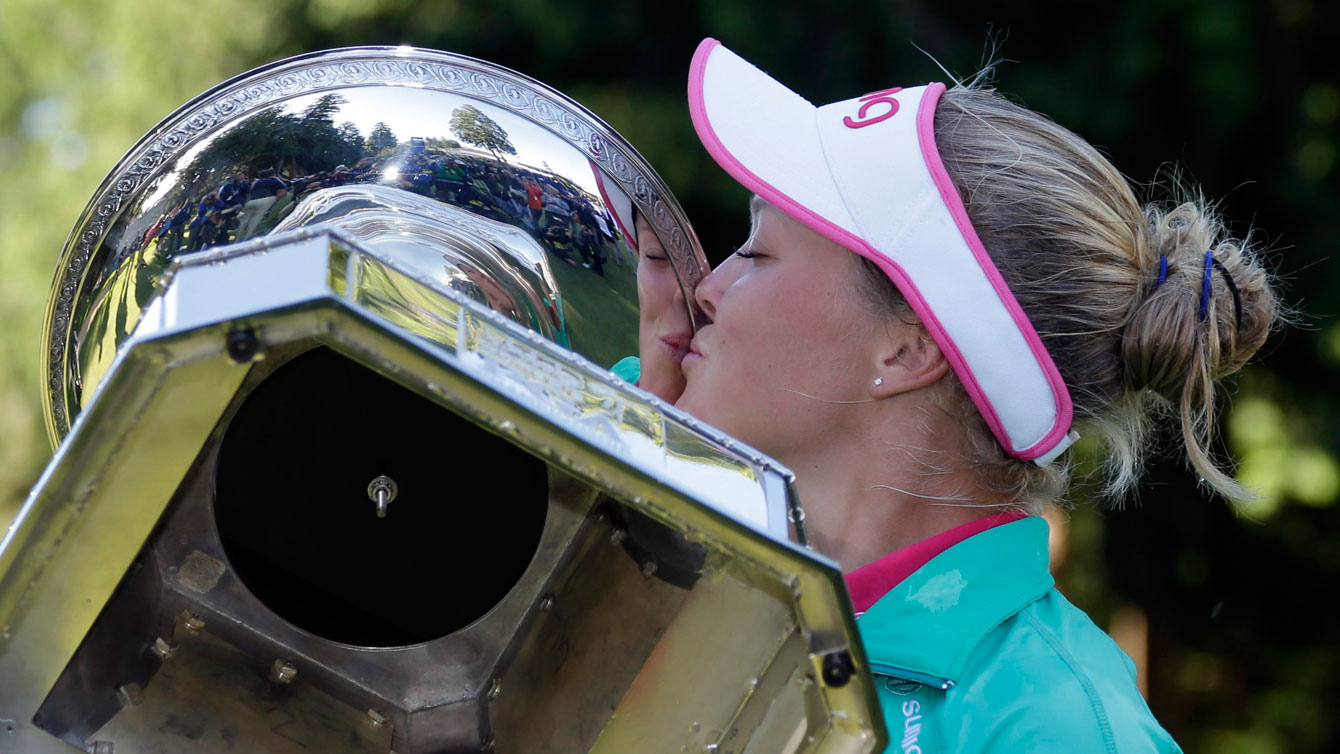 Besides representing Canada, the Smiths Falls, Ontario native has a clear mission in Rio: follow the example of Canadian golfer George Lyon, who took home a gold medal at St. Louis 1904.

“You know, winning a gold medal and winning the championship that a Canadian won over 100 years ago, I think it would be great. I am very excited to go and represent Canada in the Olympic Games.”

After beating world No. 1 ranked Lydia Ko and winning a LPGA major outside her home country, Henderson highlighted the importance of the Canadian fans during the competition. 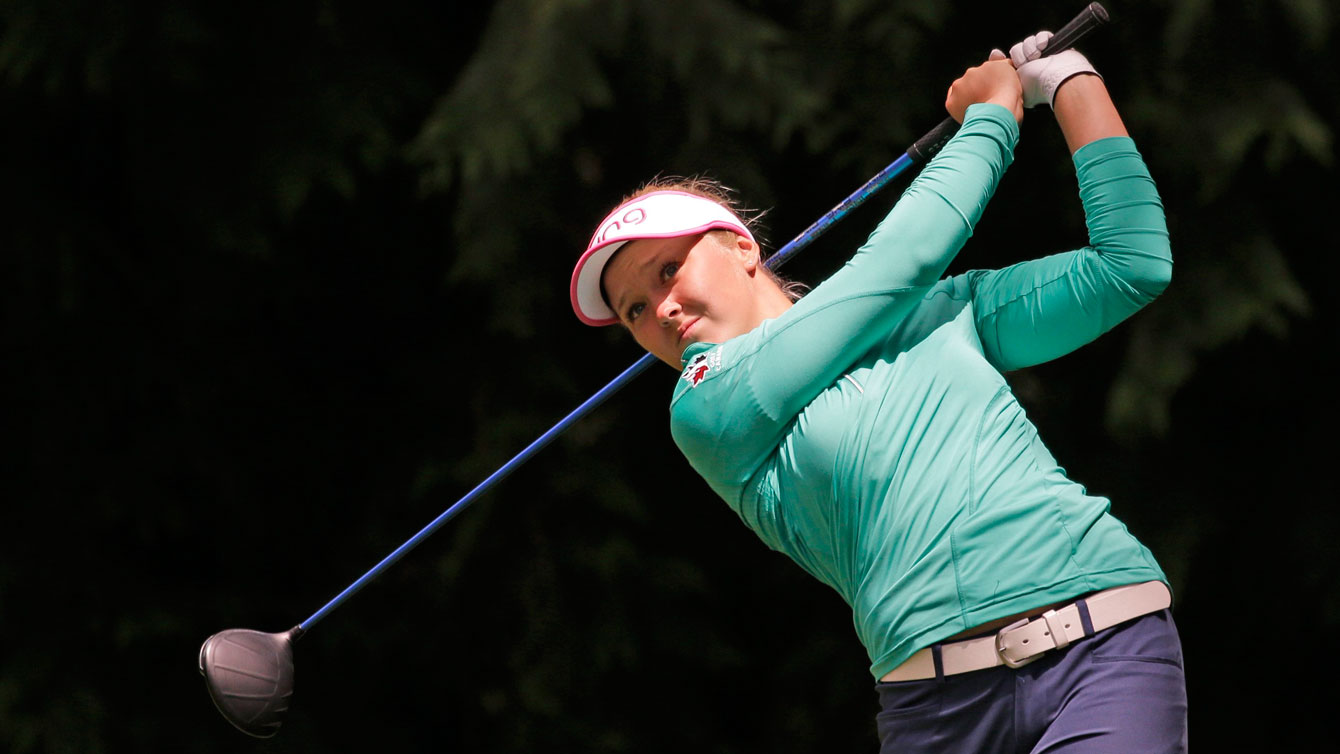 Brooke Henderson tees off in the fourth round of the Women’s PGA Championship on June 12, 2016.

“The support from Eastern Ontario and all of Canada is crazy. Yesterday they were yelling ‘Go Brooke’ and ‘Go Canada’ almost the whole time,” said Henderson, adding that she has received a lot of messages of support and congratulations.

“It was a very cool and incredible feeling. I know I have the whole country behind me cheering me on.”

Now ranked second in the world, the rising Canadian star plans to keep evolving in order to reach the top of the rankings.

“To get that world ranking up to No. 2 is surreal. But I’ve still got one more spot to go.” 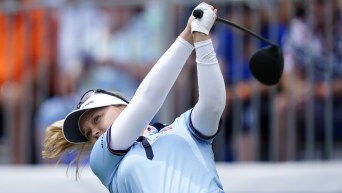