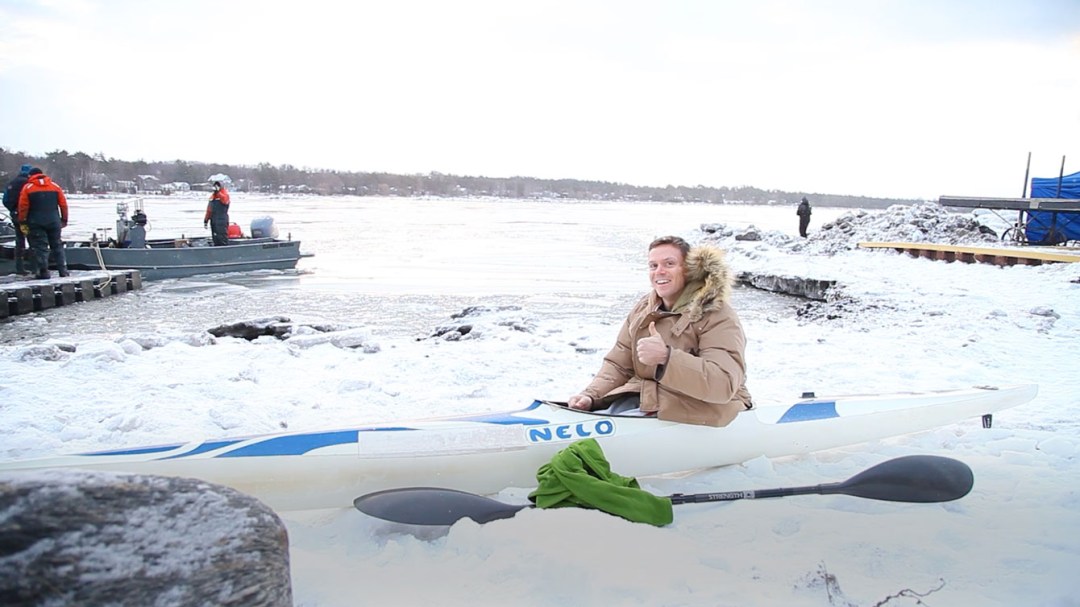 Ice in our Veins: Mark de Jonge (Behind the scenes)

A reigning two-time world champion and an Olympic medallist, Mark de Jonge is a giant in the sport of kayak.

In February, de Jonge was one of the athletes taking part in the shooting of the Ice in our Veins video to promote Team Canada at Rio 2016. There are few scenes imaginable that scream “Canada” more than a world-class kayaker, alone on an icy lake, paddling to his heart’s content. Here are some behind-the-scenes clips:

Heading into his second Olympic Games, de Jonge hopes to add a gold medal to his bronze from London 2012, to state the obvious, but being the best in the world also comes with expectations.

“Everything is going to plan and especially early in the season it’s encouraging to have a good race and know that everything is starting off well,” de Jonge said through Canoe Kayak Canada when he made his Olympic qualification official in May by winning national trials in the K1 200m.

Planning ahead has been exemplary in the de Jonge camp the last two seasons, during each of which he peaked exactly in time for the world championships late summer. He set a world record in 2014 in paddling to 33.961 seconds in Moscow, and then repeated last year as world’s best by getting the gold in Milan.